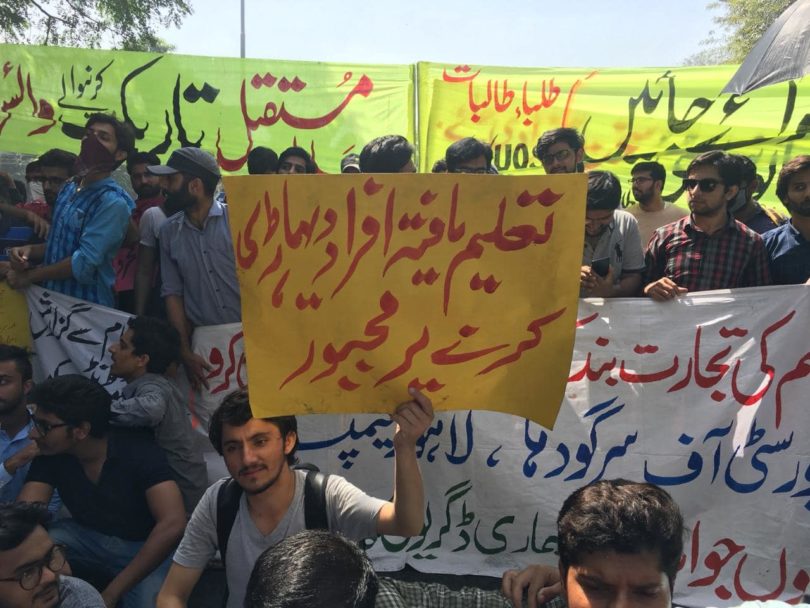 Students of the University of Sargodha (Lahore Campus) are protesting despite all odds. Students share that the Main Campus and Lahore Campus of the University of Sargodha are undergoing some disagreement with regards to budget allocation and Lahore campus administering. In this disagreement, it seems to be students are the ones who are continually suffering, as they haven’t been issued their degrees for the past two years. Due to this non-issuance, they are unable to get jobs in an already shrinking and competitive job market. The university administration has taken viva assessments of some of the outgoing batches that still await their degrees, while viva assessments for other batches are yet to be administered. Around 6000-7000 students have not been issued their degrees, while students from batches as far back as 2012 have not been issued their transcripts. Despite this continual disagreement between both the campuses, the Lahore campus continues to admit new students, and the HEC and Education Department have been non-responsive on the issue. 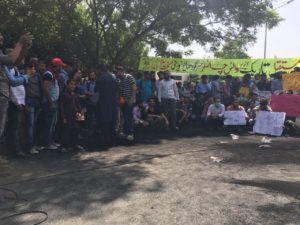 Students registered their applications twice in the Supreme Court Registry in Lahore. The Court failed to issue an order on their first application, citing that they had ‘forgotten’. The students await a response on their second application. 21 cases have been registered in the courts, however, none of them is being heard.

Female students of B.S. in Biotechnology from Lahore Campus share that they started their degree in 2015 and as time went by they noticed that their programme had been removed from the university prospectus. They went to the Director of their department in the second semester to discuss the issue and were reassured that there are no problems and they should continue to study. They visited the Director again in the fourth semester, as they had been issued no transcripts for the past semesters, or received any other form of official record. Finally, in the seventh semester, the Director told the students about the on-going conflict between the Lahore Campus and Main Campus. Unable to get clear answers from their own campus, these students were forced to visit the Main Campus, where they were told by the administration that it was unaware that their degree programme and department even existed and therefore it had issued letters to the Lahore Campus asking them to disband the programme. These letters were presented to the students for viewing at the meeting. The Director of the Biotechnology Department, Lahore Campus had continually been misleading the students in believing that their degree programme was legitimate and ongoing. This has affected 28 students who thought they were close to completing their degree. 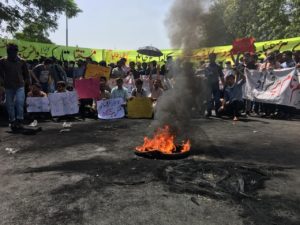 The anguish amongst student is visible who demand: the registration of their juniors, the completion of viva assessment for all batches, issuance of transcripts and degrees to the graduating students and compensation for their monetary loss due to non-issuance of degrees and transcripts. They decided to block the main campus road today, 25 September, as their demands were going unaddressed and they were continually being invisibilised by the media. They protested twice in front of the Supreme Court Registry, Lahore and were ignored. Despite continually being threatened with expulsion by the Lahore Campus administration, the male and female students stand steady in their resolve till their demands are met. Students are being threatened by the administration to not protest or they will be expelled. 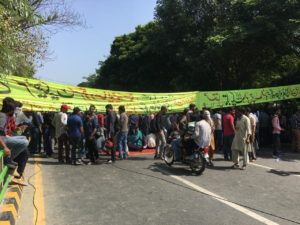 The Progressive Students Collective (PSC) stands with the students of the University of Sargodha, Lahore campus and demands that their grievances be addressed. The case of University of Sargodha speaks to the multi-layered failure of the government and education system. A neoliberal academia focused on safeguarding the profit interests and deceit of university administrations relegates the students and their needs to the side. Students pay immense amounts of money to obtain a degree that does not confirm their viability in the job market. While the learning environment itself robs them of critical thinking and creativity, making education spaces not incubators of learning rather they become sites of oppressive silence. The State in the form of the Courts, Higher Education Commission, and the Education Department have failed the students of University of Sargodha, Lahore Campus by not addressing their concerns and delaying justice.

In a time when all political parties talk about the future of the youth and declare them the most potent political force, they continue to dismiss the concerns of students across Pakistan by failing to revamp this dysfunctional education system where students have to fight and protest to obtain their rightfully earned degrees.

Revolutionary Students Front (RSF) expresses the solidarity with the students of University of Sargodha, Lahore Campus and demand immediate resolution of issues and grievances. There is uncertainty in the society and the students are a most affected layer. We witnessed the struggle of students against fee hikes and the rights in the Qaid e Azam University Islamabad, the University of Peshawar, and hunger strike of students of University of Balochistan, the fight for the reserve seats of Baloch Students in the University of Punjab. We also saw the historical win of Education University, Multan students. These are the examples of recent past. The students had also played the historical role in Pakistan against the brutal Dictatorships. The Students always fought for their rights and the betterment of the society. The unity of the students is important to fight together against all odds of the corporate education system. The restoration of students union is need of the hour to highlight the issues of students and fight for them in a unified form. RSF and PSC demand the immediate restoration of students union. From the last 3 years there is a huge campaign of the article 62 and 63 by the big bosses of capital and media, even the supreme court disqualified a number of politicians under these sections of constitutions but no one talks about those articles of the constitution that ensures the rights of the oppressed classes of Pakistan. The free education and proper employment or unemployment allowance is the constitutional right of the students and youth of Pakistan under the article 25A and article 38 respectively. We demand immediate implementation of these articles.