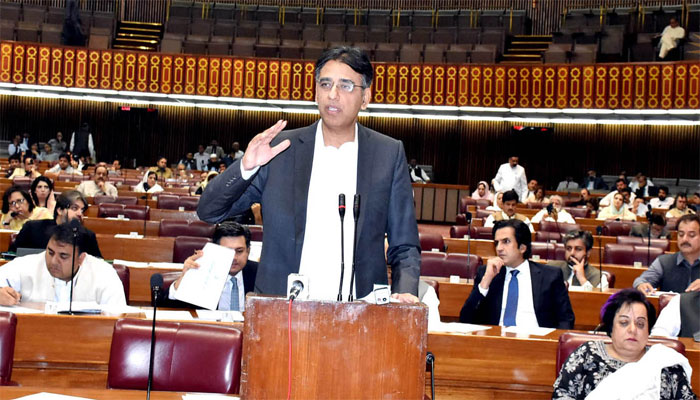 The most telling act of PTI’s intent and whom it really represents was laid bare in its first mini-budget. The PTI reversed the PML (N)’s last budget reform of barring the non-filers from buying cars and property. It was meant to check and control the informal or black economy. Where the PML (N) largely represented the sections of traditional bourgeois, the PTI’s financial preference reveals its ties to the ‘upstart bourgeois’ mainly from the informal sector. It’s not an accident as according to the assets declarations of the parliamentarians, PTI has more billionaires than any other party of the elite classes. Most of these billionaires are bosses of this parallel economy and financers of the PTI and some other parties. Allowing non-filers to buy real estate and luxury vehicles, the undocumented black economy will flourish unchecked. The decision to lift the ban is also a bonanza for real estate and automobile sector tycoons that include some of the most notorious robber barons with deep links to this burgeoning black economy, thrice the size of Pakistan’s formal economy.

The PTI government has also lowered the annual tax collection target, deviating from its pre-election promises of increasing revenue collection and reducing indirect taxes. The revenue’s projected increase is mainly from currency devaluations and the regulatory duties, which are in reality indirect taxes upon ordinary Pakistanis. The toilers have been totally ignored in PTI’s first budget. The workers minimum wage has not even been mentioned. Its raise seems beyond Imran’s visionary horizon. Contract labour, drudgery and other socioeconomic deprivations of the oppressed classes have not even been touched upon. Health and education allocations remain abysmally low.

There have been deep cuts of Rs45bn to the Public Sector Development Programme for social welfare as it has been the only vulnerable target for the previous governments. The state finances already burdened by massive expenditures on the military, plunder of imperialist institutions in debt and interest repayments and government running costs. The much flaunted promises of ten million jobs and five million houses for the poor will remain, what they were, pipe dreams. These amendments in the mini-budget are a short-term measure to control fiscal deficit. The government did a volte-face from broadening the tax net.

The government will have little choice but to approach the IMF. The negotiations are scheduled for September 27. The highest ever IMF loan will come on the cruellest of conditions. Under the prevailing capitalist crisis, Pakistan will be forced to even more lending in the period ahead. According to a World Bank report, Pakistan’s external debt will increase from today’s $93.4 billion to $145 billion by 2023. This would be a jump of 50pc in the next five years.

The black economy dominates the private health and education sectors. These are also the most profitable businesses. The conditions in these most vital needs of human existence are dire. Pakistan’s 22.6 million boys and girls, 44 per cent, are outside the sphere of educational institutions. Forty-three per cent of government schools are in dangerous or dilapidated conditions, lacking basic amenities like furniture, bathrooms, boundary walls, electricity and so on. Amidst the SAARC countries, Pakistan’s literacy of 55 per cent stands sixth.

Pakistan stands at 110 out of 139 countries in digital innovation. As per Global Innovation Index, Pakistan ranks 119 out of 128. Pakistan’s prowess in Research and development (R&D) is equally depressing. Share of state expenditure for R&D in Pakistan is an insignificant 0.29pc. Two million people enter workforce annually but the addition of jobs is dismal.  Over the past five years, around 2.765 million professionals have left the country in search of better career prospects abroad. Officially more than 70 million people live below the poverty line of $2 per day, if raised by just one more dollar this poverty status shoots above 182 million. The minimum wage of a pathetic Rs. 15000 doesn’t allow a decent human existence and private sector workers are denied even that.

There are 145,797 doctors, 10,693 dentists and 55,165 nurses, who are registered to take care of a population of 220 million. Thus only two doctors, one dentist and eight nurses are tending 1,000 patients. This is in sharp contrast to the actual requirement of 194,201 doctors, 159,307 dentists and 1.4 million nurses according to the international standards. Seventy-eight per cent of the population is forced to go for health to the parasitic private sector. State expenditures on health and education are a shameful 0.91 per cent and 1.2 per cent of the GDP. Without the state’s expropriation of private health and education sectors universal and free health and education, a ‘constitutional’ right, is nonsensical and deceitful.

Eighty per cent of the population is denied access to safe drinking water. Seventy-two per cent water supply schemes are functional but eighty-two per cent of these are supplying contaminated water. With shrinking flow of rivers and poor water management, Pakistan is an extreme water-stressed country. The building of the largest ever concrete-filled gravity dam, Diamer-Bhasha, through diaspora’s donations and charity of capitalists is a utopia. The costs of solving water deficiency and building other social and physical infrastructural projects are astronomical. Within capitalism raising this necessary surplus is next to impossible.

The paucity of state funds cannot even build minimal of these projects. The pretentious acts of selling state cars, rest houses, buffaloes, and other cosmetic antics are mere stunts. It’s pathetic to present these as monetary sources for the gargantuan projects. This austerity announced by the PTI with so much fanfare is less than Rs5 billion or one-tenth of one per cent of the total direct federal expenditures.

In his budgetary speech, Asad Umar repeated what finance ministers have been saying for decades, “Pakistan’s economy is in the Intensive Care Unit.”  Most of the last 71 years it has been in the ICU. Blind forces of the market determine this economy’s functioning and dynamics. At present, the economy is more sick and decayed that ever before. Unless this market economy is overthrown and buried in the dustbin of history there will be no respite for the exploited and oppressed masses. All dominant political parties subscribe to this capitalist neoliberal economic model. They have no alternatives. The working classes shall have to rise with their own party and an alternative programme of transforming this system into a planned socialist economy managed by workers democracy.