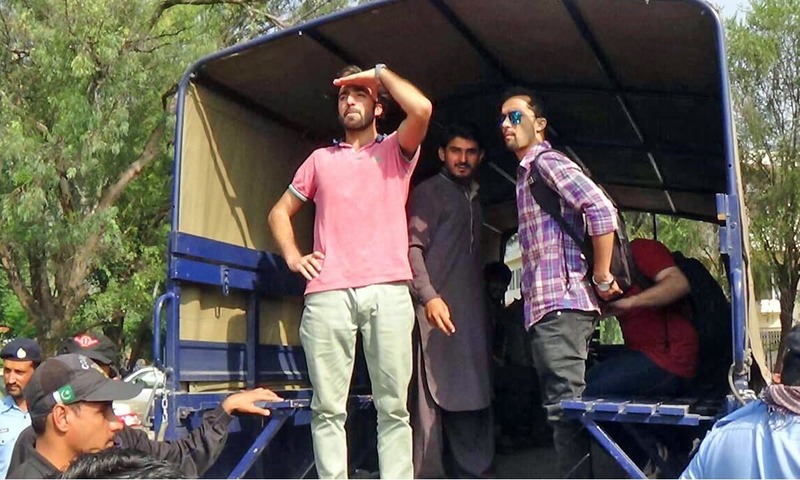 The brutal and harsh measure against protesting students at Quaid-e-Azam University, Islamabad has again unleashed true fragile nature of Pakistani State. The Quaid-e-Azam University (QUA)  is one of the prestigious public institutes of Pakistan which attracts a large number of students from all over the country. Education is the least priority in agenda of ruling class; hence we see rapid destruction of educational facilities throughout the country. The curse of merit, expensive education, continuously increase in fees, limited opportunities and widespread of poverty hurdle our generations in receiving a quality education. The literacy rate is continuously declining and a number of graduate students act as raw material for fascists and extremists groups. The universities have been turned into profit-generating factories where degrees are being issued as receipts for educational expenditures. Since Zia Ul Haq period (1977-1988) ban is imposed upon students unions and student movement has been harshly crushed. In major institutions of Pakistan fascists goons in forms of Jamiat, APMSO, MSF and so on installed by State to crush students’ rights movement. However despite all dirty tactics, ruling class has failed to completely wipe out resistance.

QUA students movement is a marvellous example of students struggles in recent years. Under the leadership of Quaidian Students Federation (QSF), students fought back against the brutality of management and State. QUA is a public institution but in last some years there has been a continuous increase in tuition fees, lodging expenditures and deteriorating facilities for students posed danger to many of students to continue their studies. After years of oppression and continuously attacks from University management, they decided to fight back. The cruelty of management is that it resorted to using expulsions and suspensions of students; if anyone slightly found raising voice against management. 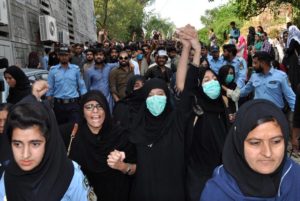 On 4th October 2017, students, under the leadership of QSF, started a strike against management and put forward their 13 demands. Their main demand was immediate restoration of all expelled and suspended students from the university, the other demands included revision of fee structure, increase in the number of hostels and buses, reimbursement of heavy fines, improvement in facilities for students, removal of security blockades, registration of pharmacy department and inquiry against RO and provost. The corruption and behaviour of Vice-Chancellor Javed Ashraf is the main reason that provoked students. It came to know that students’ endowment Fund worth 160 Million Rupees invested in Dubai Islamic Bank; QSF alleged Mr Ashraf in profit and money corruption of these funds. Many teachers also criticized Mr Ashraf for extracting profits for his own benefits rather for students’ well beings. For two weeks; students put a marvellous example of fighting against draconian policies of management; also the female students were on forefronts of this battle. International media portraits Pakistan as a conservative society, however, the fighting spirit of female students at QUA negates their version. In these two weeks students completely halt academic activities at University, and University was completely shut down. They restored to sit-in and vowed to carry struggle till their demands met. Another shining aspect of this strike was cooperation of students belonging to different nationalities. Baloch, Sindhi, Punjab, Kashmiris and Urdu speaking etc raised banner based upon class; all prejudices in form of language, nationality, religion, gender etc were wiped out by the genuine struggle.

After two weeks of splendid struggle, On 21st October 2017, it appeared that management agrees to meet demands. Also, they issued an order for cancellation 10% fees hike notification and accepted mostly demands. Using policy of divide and rule, university management did not accept restoration of suspended and expelled students. Among them mostly were Baluchi and Sindhi, here management used neoliberal policies of their former masters (British) to use the national question to take back everything that had been agreed upon earlier. Management backed by State unleashed worst kind of torture on students in order to restore peace. On 23rd October, DAWN reported that “Cracking down on students protesting against the Quaid-e-Azam University (QAU) administration, Islamabad police arrested 70 students on Monday in a bid to reopen the university, which has remained closed for over two weeks due to a student-admin showdown.” Although QSF & other organizations called off the strike after notification however Baloch council continued their protest and defies all dirty tactics of management. Baloch Council Chairman Kamran Baloch and other students allege that Baloch students are being victimized by the university administration. The council demands that expelled Baloch students, including the council chairman, be restored. 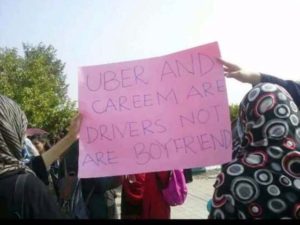 This example exposes true nature of Pakistani ruling class. They are continuously attacking people rights and subject to victimize to extend their rule. After the end of Zia period; democracy and dictatorship proved to be false for masses. The sparks of rebellion present everywhere, by taking inspiration from QUA large number of female students started a protest at Islamic University Islamabad, against conservative policies of management. Female students protested over the restrictive campus atmosphere and unnecessary restrictions introduced by the administration for them. They alleged that male students are free at their own will however female students are not allowed to leave campus before day-end and without showing permission slips to guards at the gates. They rallied and staged a sit-in on one of the main roads in the heart of the university. “Uber and Careem are drivers, not our boyfriends” screamed one placard. Similarly, in Peshawar University students protested against fees hike and we have another example of Indus Institute DG Khan where students are protesting for the authenticity of their degrees. We have seen the barbaric murder of Mashal Khan of Abdul Wali Khan University Mardan, who stood for students’ right and was a vocal voice against the brutality of management. Management staged his killing on the accusation of “fake allegations of posting blasphemous content online”, he was mercilessly killed by the angry mob. However, we have seen mass protests in all over the country against this incident.

Revolutionary Students Front (RSF) is the voice of students rights in the whole country. Born after the tragic murder of Mashal Khan it has been turned into a significant force of left-leaning students in the country. It is striving for change through socialism and leading many students’ battles. In case of QUA and others, we have seen a vacuum of genuine union/organization that can provide revolutionary leadership to students and a program for salvation based upon Socialism. It was the reason that made State able to crush movements, In QUA, QSF is not homogenous organization rather it is composed of 5-6 ethnic base councils. In the majority of educational institutions throughout the country the councils, based on nationalities or language like Saraiki council, Baluch council, has been formed by students to safeguard rights of their own community. Although during strike these councils are united against common enemy however management, on the name of the community, can easily break unity.

Pakistan has a marvellous background of revolutionary struggle, 1968 movement is the most significant one. When a student Abdul Hameed was killed by police fire, that sparked students of the whole country. From Rawalpindi to Dhaka there were students protests everywhere and later on working class joined and we saw the toppling of Field Marshal Ayub Khan. The ruling class has tried to vanish the revolutionary struggle traditions but students movement is alive and it will bring changes in near future.