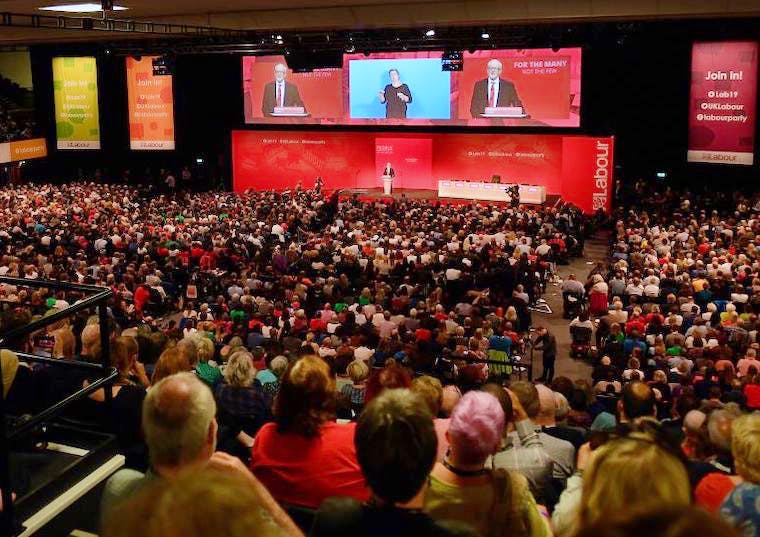 Last week’s Labour Party conference was a further confirmation of the radicalisation of the party, a process that started in earnest with the leadership election in 2015 and which continues today. Hundreds of delegates, many young first-time delegates, took the rostrum to give vent to all the awful insecurities, worries and difficulties of working class life in austerity Britain.

Karl Marx, referring to religion, described it as “the sigh of the oppressed creature, the heart of a heartless world, and the soul of soulless conditions”. There was a very real sense in which this conference represented the “sigh of the oppressed”. In every aspect of working class life: low pay, zero-hours contracts, health, education, homelessness, mental health, racist discrimination and many, many others, delegates gave voice to their experiences. But what came from delegates wasn’t so much a “sigh” as a demand for change.

To a man and a woman, every delegate pointed to the need for a Labour government “led by Jeremy Corbyn” to solve the day-to-day problems that workers face. The Labour Party has over half a million members, rooted in working class communities up and down the country and its conference is the nearest expression we have anywhere in society of the authentic voice of the working class. It was a powerful indictment of a society in crisis.

The conference has changed so much in only four years that there are certain trigger words – like “capitalism” and “socialism” – that as often as not brought forth an interruption with applause. Standing ovations and cheers were given to the most radical of the trade union leaders, like Mark Serwotka, Len McCluskey and Matt Wrack. Among shadow cabinet members, no-one drew as much of an enthusiastic reception as John McDonnell and Jeremy Corbyn. Comparisons were drawn by some older delegates with the conferences of the Labour Party Young Socialists in the 1970s.

It was as a result of the changes taking place in the local Labour Parties that 56 per cent of CLP delegates voted to restore the socialist Clause IV to the party’s aims. While the unions often voted to support the NEC against the CLPs, for example on the ‘fast-track’ disciplinary process, it was clear that some of them were acting against their own union policy and their delegations were often split. On Clause IV, one union, in voting against, acted in flat contradiction to its own conference earlier this year, which agreed unanimously to restore the Clause.

It is true that there was a notable difference between CLP delegates and those from the trades unions. The old mole of revolution has been burrowing away in local labour parties, but has not yet penetrated into the trades union to the same degree. But it will, and it is part of the responsibility of socialists to work patiently and doggedly in the structures of the affiliated unions to facilitate change.

Labour’s Right-Wing Conspicuous by their Absence

It was as a result of the pressure of the rank and file of the Labour membership that Labour’s policy is now arguably the most radical since 1945. Labour is in favour of a 32-hour working week, without loss of pay, the banning of zero-hours contracts, a £10 an hour national minimum wage, a maximum wage differential between the top bosses and the lowest paid, free adult social care at the point of need, building a million homes in the lifetime of a parliament, nationalisation of Rail, Royal Mail, the electricity grid and water companies. These are only a few of the measures promised. John McDonnell has produced a poster, circulated on social media, outlining 200 promises of reforms and benefits to working people.

We need to add as an aside that the developments in the Labour Party are a crushing refutation of all the theories of the ultra-left sects, some of whom have argued for decades that the Labour Party is a “capitalist party” indistinguishable from the Tories. Yet others were arguing only five years ago that the Labour Party was “dead” and in Scotland supported the ‘more radical’ SNP as recently as the 2017 election. All of these varieties of ultra-leftism have been struggling to come to terms with the changes in the party that they never expected or anticipated.

It was noteworthy that the right wing of the party were conspicuous by their absence. It was only in relation to Brexit, where the right, particularly Emily Thornberry and Keir Starmer, sought to undermine Corbyn by an open advocacy of a simple ‘Remain’ agenda, against the wishes of the Party leader. Even their pro-Remain composite failed to pass the floor of conference. In relation to all other political questions, right-wing MPs were completely absent, although they haunted a few fringe meetings, largely unconnected to the main event.

Labour’s Blairite wing still has a significant base in local government, in the party apparatus and in the Parliamentary bubble, where it is oxygenated only by the anti-Labour press and BBC. But it has a diminished and fast-disappearing base in the constituency Labour Parties and among rank and file trades union members. This is hardly surprising, because they have nothing to offer working class people. Protection of their own careers in parliament is no longer a vote-winner in CLP meetings.

It is important to understand that the rise of so-called ‘Corbynism’ is not an accident and does not revolve around one man. Jeremy Corbyn is hugely popular among Labour Party members and this stood out a mile in the conference. He embodies the aspirations and expectations of half a million members. But the idea that we have a ‘once in a lifetime’ opportunity to change society and that it must all rest on one party leader is fundamentally false. The Labour Party conference is as radical as it is because it reflects the profound and widespread crisis in British capitalism, as it affects the lives of working class people. If this expression of discontent, anger and hope for the future didn’t revolve around Corbyn, it would find an outlet with some other leader or leaders.

For the foreseeable future, the main debates inside the Labour Party is not between the left and the old-style right wing. It is between the Marxist wing of the party and the reformist wing, the latter believing that capitalism will be changed for the better, little by little, beginning with a Labour government. That debate is unfolding now, prior to Labour being elected, but it will assume much greater significance once Labour is elected to government and serious efforts begin to be made to implement its radical programme.

It is the view of Marxists that capitalism will use all the means at its disposal – the judiciary, the civil service, the monarchy, the press, control of the media, control of the main economic and financial levers and, not least, significant influence in the right wing of the Parliamentary Labour Party – to water down the policies or break the Labour government. Only a Labour Party in office with a mass working class movement supporting it, with the clear goal of taking over the commanding heights of the economy, will be able to implement the very necessary policies that Labour is now putting forward.