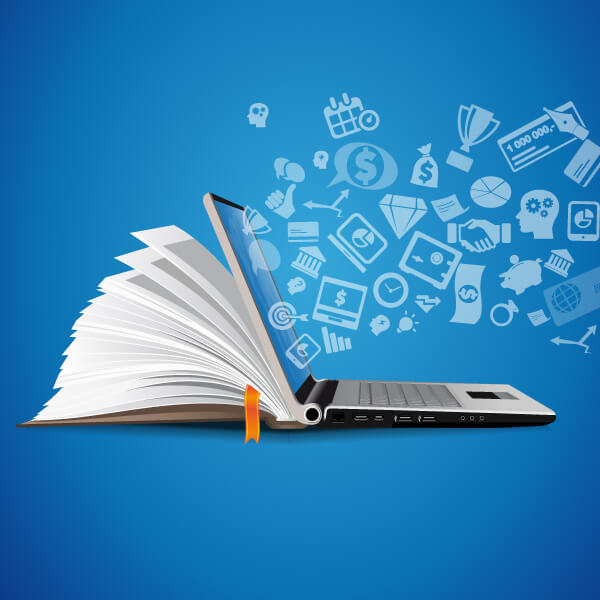 In the Oxford Handbook of Karl Marx, Thomas Rotta and Rodrigo Teixeira have a chapter called the commodification of knowledge and information. In this chapter, they argue that knowledge is ‘immaterial labour’ and ‘knowledge commodities’ are increasingly replacing material commodities in modern capitalism.

Does Rotta and Teixeira’s apparent defence of Marx law of value in relation to the information industry hold up? I don’t think so. Here’s why. First, Rotta and Teixeira, like other authors before them (Negri etc), misunderstand Marx’s value theory on this question. Just because knowledge is intangible, it does not make it immaterial. Knowledge is material. Both tangible objects and mental thoughts are material. Both require the expenditure of human energy, which is material, as shown by human metabolism.

More specifically, the expenditure of human energy that constitutes the cognitive process, thinking, causes a change in the nervous system, in the interconnections between the neurons of the brain. This is called synapsis. It is these changes that make possible a different perception of the world. So to deny that knowledge, even if intangible, is material is to ignore the results of neuroscience. After all, if electricity and its effects are material, why should the electrical activity of the brain and its effect (knowledge) not also be material? There is no ‘immaterial’ labour, despite the claims of all the ‘knowledge Marxists’, including it seems Rotta and Teixeira. The dichotomy is not between material and mental labour, but whether it is tangible or not.

Rotta and Teixeira give us the example of a live concert performance. “Hence, what we call a concert is in act a bundle of several commodities, among them knowledge- commodities such as musical compositions. The live performance is a combination of the productive labor of musicians and technical staff, plus the unproductive labor of those who composed the songs in the first place.” But what is unproductive about the composer? He/she can sell that piece of music as copyright and performance royalties on the market. Royalties must be paid if the music is used in the concert. Surplus value is created and realised.

Then there is the example of a smart phone. “When you buy a smartphone, part of the phone price covers the production costs of the physical components. But another part of the price remunerates the patented design and the copyrighted software stored in the memory. The copyrighted parts of the phone are therefore knowledge-commodities, and the revenues associated with these specific components are knowledge-rents.” But why are the revenues from copyright and patents considered only rents? The idea, the design, and operating system have all been produced by mental labour employed by capitalist companies. The companies exploit that labour and appropriate surplus value by selling or leasing the software. This is productive labour and it produces value. It is no different from a pharma company employing scientists to come up with a formula for a new drug which they can sell on the market with a patent held for years.

The value of knowledge (and of any mental product) might be incorporated in an objective shell or not. In both cases it is an intangible but material commodity whose value is determined by the new value produced plus the value of the means of production used. The computer programmer or website maker is in principle just as productive as the worker making the computer if both work for the computer company. Thus, knowledge production implies production of value and surplus value (exploitation) and not rent. Once produced, the capitalists owners of mental products (knowledge) can then extract ‘rent’ from their intellectual property (the knowledge produced by mental labourers for them) by applying to it intellectual property rights. But there is production of value first. The difference between production and appropriation is fundamental.

Also it is not correct to say that the value of mental labour and knowledge commodities cannot be quantified. Rotta and Teixeira, to back their claim that reproduction of knowledge has no value, quote Marx: “But in addition to the material wear and tear, a machine also undergoes what we might call a moral depreciation. It loses exchange- value, either because machines of the same sort are being produced more cheaply than it was, or because better machines are entering into competition with it. In both cases, however young and full of life the machine may be, its value is no longer determined by the necessary labour time actually objectified in it, but by the labour time necessary to reproduce either it or the better machine. It has therefore been devalued to a greater or lesser extent.”

Rotta and Teixeira think this shows that, because the labour time to reproduce a machine might fall below the value of the first machine due to technical progress (moral depreciation), Marx is suggesting that knowledge commodities will tend to have no value at all because knowledge can be reproduced infinitely without labour time expended. But this quote from Marx refers to the value of each new production process where the labour time involved in the value of a commodity (machine) falls. But that would not lead to a fall in the profitability of capital invested right down to zero. The average rate of profit is determined by the initial fixed capital costs and any circulating capital costs involved in reproduction. Profitability would still be determined by all the stages of production of the commodity, even if the value of each newly produced commodity falls.

The original capital invested, the denominator, can be also be measured. First, there is the capital invested in the prototype. This is not only fixed constant capital (computers, premises, facilities, chips foundries, assembly plants, etc.). It is also circulating constant capital (raw materials) and variable capital, wages, which go from very high (for highly qualified developers) to low. Then there are the costs of administration, of presale advertising and other marketing costs. Then there is the additional capital invested in the reproduction of the replicas of the prototype. In reality, the total value of the knowledge commodity can be high, not zero. The unit value is then given by the total value divided by the number of replicas made. It is directly proportional to the total value and inversely proportional to the quantity of the replicas. The value of reproducing such knowledge commodities won’t go towards zero because there are always replication costs of the knowledge commodity in delivery to the user.

In sum, knowledge is material (if intangible) and if knowledge commodities are produced under conditions of capitalist production ie using mental labour and selling the idea, the formula, the program, the music etc on the market, then value can be created by mental labour. Value then comes from exploitation of productive labour, as per Marx’s law of value. There is no need to invoke the concept of rent extraction to explain the profits of pharma companies or Google. The so-called ‘renterisation’ of modern capitalist economies that is now so popular as a modification or a supplanting of Marx’s law of value is not supported by knowledge commodity production.

Much of the arguments I have presented here were first comprehensively and brilliantly created by Guglielmo Carchedi in his paper, Old wine, new bottles and the internet, in Work, Organisation, labour and Globalisation, Volume 8, Number 1, Autumn 2Ol4. His mental labour has been very productive, but as he did not patent it, the reproduction of his arguments here have cost me little (zero?). So any credit that I get will thus be a huge extraction of rent from him.