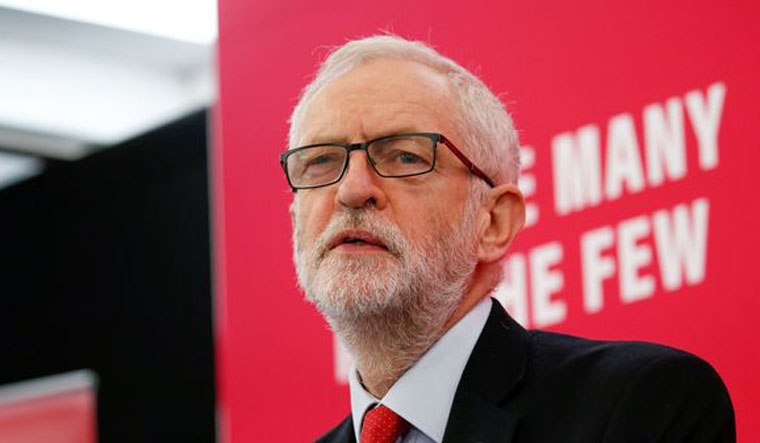 Jeremy Corbyn’s suspension from the Labour Party has caused a tsunami of protest among Party members. Overwhelming, the membership is opposed to this blatantly political attack on the left.

Corbyn has been suspended, apparently, for his reaction to the report of the Equalities and Human Rights Commission. “One anti-Semite is one too many,” he said, “but the scale of the problem was also dramatically overstated for political reasons by our opponents inside and outside the party, as well as by much of the media.” Not only do most Labour members agree with that, but the EHRC report specifically states that Labour Party members, under the terms of the European Human Rights Convention, can “express their opinions on internal Party matters, such as the scale of antisemitism within the party, based on their own experience and within the law.”

But the right for party members to express an opinion is what is clearly being challenged by Keir Starmer, who has said that those who “pretend” that anti-Semitism is “exaggerated or factional are part of the problem”.

The context of Corbyn’s comments were a reference to an opinion poll which suggested that the public believed as many as a third of Labour’s 600,000 members were “anti-Semitic” – something that is clearly an exaggeration. In the aftermath of Corbyn’s suspension, we had a Labour MP tweeting about a “tidal wave” of anti-Semitism in the Party. So it seems to be acceptable for the media and press, and right-wing Labour MPs, to grossly overstate the scale of the problem, but not acceptable for Party members to say, “hang on, wait a minute”.

Although the suspension is said to have come from the Labour general secretary, David Evans, few Party members believe it could have happened without consultation with Keir Starmer. Few will believe that suspending Corbyn for doing something the EHRC report explicitly says he has a right to do, is anything other than a blatant political manoeuvre. Indeed, Labour members will be forgiven for thinking that Starmer had been waiting for a pretext – however small or contrived – to get rid of Corbyn, who is more effectively opposing the Tories even in parliament.

We should make no bones about it. The right wing of the Labour Party has never reconciled itself to a mass membership, much less a membership so uppity and radical as we have at present. It was never the intention of those backing Starmer’s leadership bid to ‘unify’ the Party. It was always their intention to purge it of its radicalism, and if that means a few hundred thousand less, then so be it. It is a price they have always been willing to pay. It is no accident that the most rabid anti-Labour newspapers, like the Sun and the Telegraph, are today calling for hundreds of thousands of left Party members to be ‘purged’.

While Starmer and the right wing are prepared to drum out the left, they will welcome back with open arms all those renegades who couldn’t stomach a Labour Party even remotely on the left, and who stood against the Labour Party (and lost their seats) in the last general election. These quasi-Tories would be more than happy to resume their cosy careers where they left off in a Labour Party once more made safe for capitalism.

Labour should be 20 Points Ahead in Polls

The failure of the Starmer’s ‘New Leadership’ (Read: New Labour) Shadow Cabinet to strike a chord with voters is apparent in their standing in the opinion polls. At a time when the Tories’ response to Covid looks more of a shambles every day, at a  time when Labour should be twenty points ahead in the opinion polls, the Starmer leadership is dragging along one or two points behind the Tories. But what does it matter, to Labour’s right wing, that Boris Johnson and Co are creating mayhem in the lives of working-class people, so long as the Labour Party is made safe for them?

This suspension is not about one man. It is a blow against the entire left of the party and against the aspirations of working-class people, trade union members, young people, the homeless, pensioners all of those whose hopes the Labour election manifesto of 2019 attempted to address.

We will carry a more detailed summary of the EHRC report in another article, but ironically, it finds Labour technically in breach of the law over secondary issues. It makes it clear in several places that the process of investigation of anti-Semitism improved markedly after 2018 – in other words, after Jennie Formby, supported by Corbyn, began to put proper processes into action. The ‘interference’ from the leader’s office were attempts to expedite processes, not get people ‘off’. What the report does not spell out, but was clear from the Labour Party’s own leaked submission to the EHRC, is that there were Party staffers who actively sabotaged anti-Semitism investigations, so that they could then claim that the Party wasn’t addressing the issue.

This suspension may be a watershed in the history of the Labour Party. If it is a declaration of war on the left, then it is, in effect, a declaration of war on the membership and the millions of trade union members who affiliate. We do not yet know where it will lead, but one thing is sure, we will not go without a fight and we cannot, as Labour members, just sit on our hands.

The general secretary, David Evans, is trying to intimidate Labour members into not discussing the EHRC report. But there should be meetings and members must call for emergency meetings, not only to discuss the report, but to protest the suspension and to demand the reinstatement of Jeremy Corbyn. If there is a threat of suspension of a CLP by regional or national officers of the Party, on such an issue such as this, it is a risk worth taking. If there is no formal meeting, then members should call their own unofficial on-line meetings to pass resolutions on the issues.

A lot will depend on what leading figures in the labour movement will do. The Campaign Group of Labour MPs, has over thirty members. This is a test of their mettle. Unfortunately, they have not all acted as ‘left’ MPs in their parliamentary activity, so it remains to be seen what they can do. It has long been the case that the response of the ‘left’ – to anti-Semitism, on Open Selection, and other issues – has been weak and half-hearted, while the attitude of the right has always been ruthless. This is an opportunity for left MPs in the Campaign Group to correct that balance.

We would urge the left leaders of the movement to put their authority and prominence to good use; they should meet and to plan an urgent campaign of mass protest rallies among Labour members in every region. If the National Education Union can manage to hold a Zoom meeting with 22,000 participants early in the Covid pandemic, then there is no doubt that left Labour MPs could organise rallies in every region in the thousands.

What goes for left Labour MPs also goes for trade union leaders. The leadership of Unite, CWU and the FBU have been notable for their unstinting support of Jeremy Corbyn over the years. We would hope that they, too, would deploy their union resources in rallies, meetings and campaigns to protest Corbyn’s expulsion.

Given that Keir Starmer is deploying policies and methods in flat contradiction to those he promised in his leadership bid, they would be perfectly justified in expressing ‘no confidence’ in him and demanding a new leadership election. There is no doubt that the Party membership will overwhelmingly oppose this suspension; but that opposition needs a voice and a channel through which to run.

But if there is a campaign to reinstate Jeremy Corbyn, it must not be aimed only at the restoration of one person’s membership in the Party. It must aim to root out all the Tories who have infiltrated the tops of party to destroy it from within. Open Selection, the right to reselect all parliamentary and council candidates, is a minimum. We should demand support for all the radical aspirations in the 2019 election manifesto. We should demand a socialist Green New Deal as an essential component of a socialist programme. If this is to be a knock-down, stand-up fight for the soul of the Labour Party and for what socialist ideas mean – and it might come to that – then we’re up for it. We know that we have history on our side.