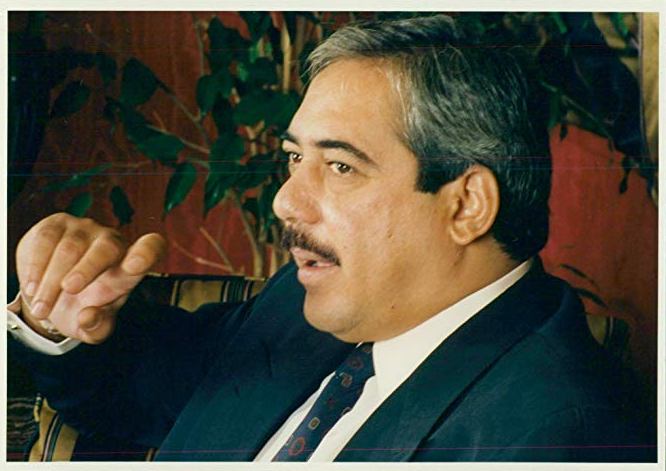 Twenty-Three years ago today, on September 20, 1996, in the dusk falling into darkness, Mir Murtaza Bhutto, aged 42, was riddled with the bullets of this ferocious state. He was assassinated along with six of his comrades in front of his house, 70 Clifton, Karachi — the most renowned political address in Pakistan. At the time, ironically, his sister was the prime minister and the chief executive of the country. Innumerable conspiracy theories and accusations have been doing the rounds since. Yet none of the culprits have been apprehended or indicted and those personnel of the state forces who were named and arrested have gone scot-free.

Murtaza had led a turbulent and challenging life. After his father Zulfiqar Ali Bhutto was deposed and later assassinated on the gallows in April 1979 by General Ziaul Haq, a wily Islamist stooge of imperialism, manipulating Islam to perpetuate his tyrannical despotism, Murtaza’s life was shattered. This one traumatic event plunged him into a tumultuous political struggle. All his efforts to mobilise support to save his father’s life, appealing to heads of state, much-touted international organisations and political figures failed. Supported by US imperialism, the cowardly ‘pious’ general had no mercy. The US and Zia at the time were manipulating Islam to perpetuate his tyrannical despotism serving imperialist interests.

To avenge his father’s harrowing murder and advance the mission of revolutionary socialism etched in the origins of the Pakistan People’s Party (PPP), founded in 1967, Murtaza chose the arduous path of armed struggle. However, in spite of several attempts, his organisation, Al-Zulfiqar failed to eliminate the brutal dictator and dislodge his despotic regime. Paradoxically, the devious and cynical experts of the regime used these violent individual acts to exacerbate their brutal repression of the youth and workers in Pakistan.

During the hijacking of a PIA plane in 1981 in which more than 200 political activists were freed from Zia’s notorious torture cells and incarceration, a military captain was killed. This was also a period when a mass revolt was simmering in society against Zia’s regime. The vicious dictatorship used this pretext to carry out some of the most brutal atrocities to crush the rising revolt. In 1983, the Zia regime carried out a massacre of workers, peasants and youth who had come out to defy the repression of the state. In Sindh alone, 1,063 people were killed by military gunship helicopters and the sheer brutality of the army. However, like so many other guerrilla organisations of armed struggle, Al-Zulfiqar also began to wither as successes were rare and state repression was mounting. Intrigues and betrayals were inevitable in such stagnation. But Murtaza never wavered, although through the experience of armed struggle, he had come to the conclusion that to succeed, a mass mobilisation and class struggle were decisive.

The row between US imperialism and Ziaul Haq resulted in the latter’s elimination in an air crash, while another mass upheaval on Benazir Bhutto’s return in 1986 had already sent tremors through the echelons of power. The imperialists, in connivance with the strategists of the comprador elite, conveniently switched from a brutal military dictatorship to a paralytic democratic setup based on the same economic, social and political strategy. Benazir was brought into power sharing after scrupulous preparations and assurances for the continuation of the status quo. Murtaza was revolted that a party founded to change the destiny of the oppressed was now being inducted into the mechanism to perpetuate bourgeois exploitation, the rule of the rich and powerful. The PPP’s anti imperialist stance was turned into its opposite. Appeasement of foreign and domestic capital became the core policy of the new PPP regime. He vowed to return and overturn this degenerative trend. It was a daring step to take as being a sworn enemy of a vicious state, he was putting everything at stake. On his return, he was arrested and incarcerated, and this was during the tenure of his own sister. Media melodramatics and personal spite apart, it was the same old Zia’s state calling the shots. Eleanor Roosevelt had once remarked, “I always forgive but never forget”, but the reactionary bourgeois state neither forgives nor forgets someone who had taken up arms against it.

Events were manufactured, family feuds stirred up, and events were engineered in such a manner that Murtaza was refused a party ticket by the PPP. Although he won a provincial seat in Sindh as an independent candidate, his umbilical relationship with the PPP had not severed. He was putting forward a bold revolutionary programme, mobilising the masses and trying to reorganise the PPP as a party of the working class. During his exile, he had read Marx, Engels, Lenin, Trotsky and other revolutionary teachers. During a meeting with activists, he once used Trotsky’s lengthy quotation from the Brest-Litovsk talks of 1918 to substantiate his arguments. Murtaza was prepared to accept arguments on various ideological issues even after intense debates. However, his rapid predilection to the left and rising popularity in the party’s mass base was alarming for sections of the state. He brushed aside provocations without being subdued and maintained his stance with dignity and valour. But the critical mistake was that he was coaxed to declare a separate party from the traditional setup led by his sister Benazir by some devious political leaders masquerading as Bhutto loyalists. There was not one activity that he could not have done in the mainstream party. By building a Marxist cadre network, he could have carved out a revolutionary wing that could lead the struggle to achieve the party’s socialist ideals. The split isolated him, but he was still a threat to the capitalist political superstructure and the socio-economic system. Hence, sections of the state struck with a bloody vengeance.

Lenin remarked long ago, “Only fools don’t make mistakes.” Murtaza had his shortcomings but his charisma and honesty were beyond dispute. He admonished the lust for wealth, power and office. His courage and determination were implacable. Trotsky once wrote, “No struggle ever goes in vain.” Murtaza fought for the founding principles of PPP and socialism. His struggle and blood are a challenge for the youth and those who aspire to change this system. It is the historical task of this generation to ensure the redemption of the unfinished revolutionary transformation he strove and died for.