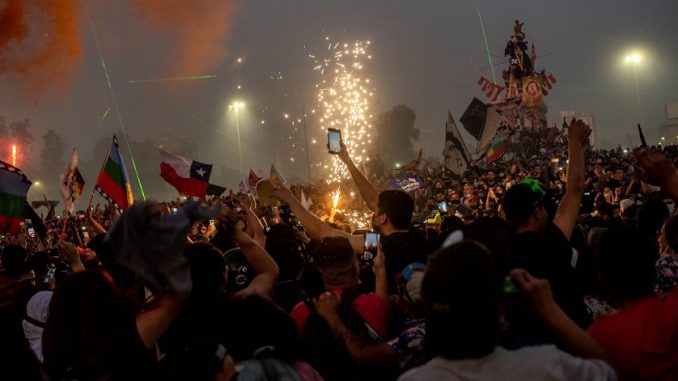 By Movimiento Anticapitalista from Chile

The result of the referendum, 78 per cent in favour of approval, could be perceived with the increase in mobilizations in recent weeks. The massive anniversary of the October revolution demonstrated once again that the strength of the process that began in October 2019 has maintained and the conviction that led to the uprising remains the same. It was not 30 pesos, but 30 years of a regime that must be ended. The Pinochetist Constitution clearly represents this regime, against which the referendum was voted en masse. We had screamed it in the streets and now we said it at the polls.

From the early hours of the morning, across the country, polling stations began to receive long lines of people showing up to vote. An important part of the campaign was focused on that objective, with historical abstention rates and the antecedent of massive mobilizations, there were doubts as to what the level of participation would be, but most numbers indicate that it will be one of the highest in recent history, hovering around 60 per cent. Data that in any case does not stop showing a significant percentage of the population that does not participate in the votes, deeply disgusted by the regime that is questioned today. A majority of the population took the referendum as the opportunity to re-launch the slogan of October, “Chile woke up” and is not willing to go back to sleep until her demands are conquered. 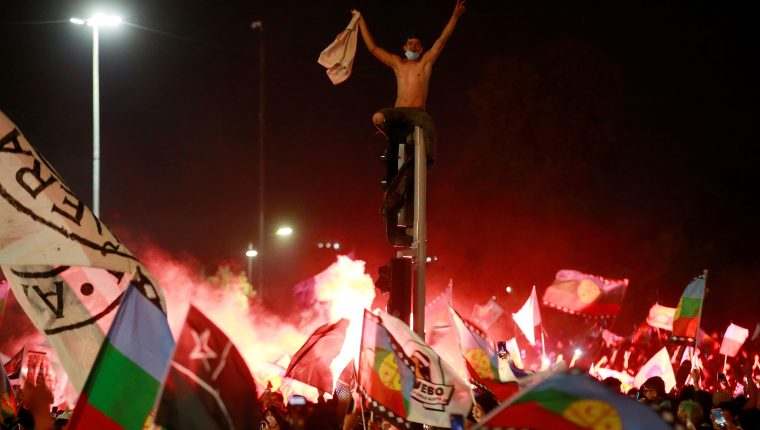 The 78 per cent in favour of approval is a strong result and a more than graphic sample of the will and transforming force expressed by our people, far from the doubts and the brakes applied by reformists and conciliators, those who previously capitulated to the power that be via the pact for “peace and the new constitution” that Piñera celebrated today in his televised message.

Except in the places of extreme concentration of fachos, the approval won in all regions and the vast majority of the polling stations abroad, it won in the towns and rural sectors, among the youth and the feminist movement.

Mobilization as a Permanent Driving Force of the Process

Beyond the strength of the results, a piece of information that cannot be left out of any analysis is the permanent presence of the mobilization and the expressions of struggle throughout the process and particularly during the last weeks, challenging and contradicting all the regime’s leaderships, from the right to the centre-left, which constantly sought with the most varied arguments to get the people off the streets, but did not succeed. The massive celebration tonight in the Dignidad Square and in all the squares of the country is complemented by barricades and the occupation of the streets throughout the territory. This is fundamental for what is to come, because the result in itself does not cancel or avoid the limitations that we have repeatedly pointed out that the process arising from the pact has. But the mobilization and its strength can impose a different dynamic, as well as the capacity to unleash a revolution, it can be the element that can overpower the narrow margins in which reformists and rightists want to move.

That is the perspective that Movimiento Anticapitalista promotes, honing an alternative that can allow us to fight for a constitution at the service of the majority, the departure of Piñera and all the conquests that the revolution’s program has established.

Following the experience of the National Command for the Constituent Assembly that we promote with political, social, labour and feminist organizations, it is essential to advance in building a new unitary political point of reference capable of presenting itself as an alternative to the false expressions of the centre-left or the parliamentary left. A new political moment is opening in the country, a new situation that prompts us to be bold, unitary and very militant in order to live up to the enormous force that our people have expressed. The result of the referendum is not the end, it is a push on the way to transform everything, join Movimiento Anticapitalista so that we can do this together.