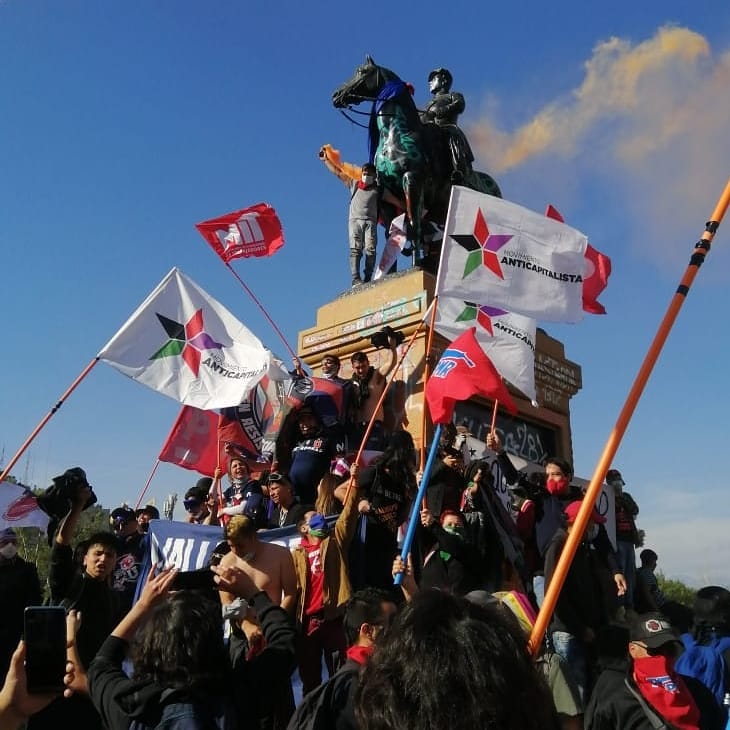 By Alternativa Anticapitalista from Chile

In caravans, one car after another, on the bus, walking, the Chilean people are still awake and arrived en masse at the Plaza de la Dignidad. We arrived at our plaza to make it clear that we never left, that the pandemic put us on standby, but we never left. 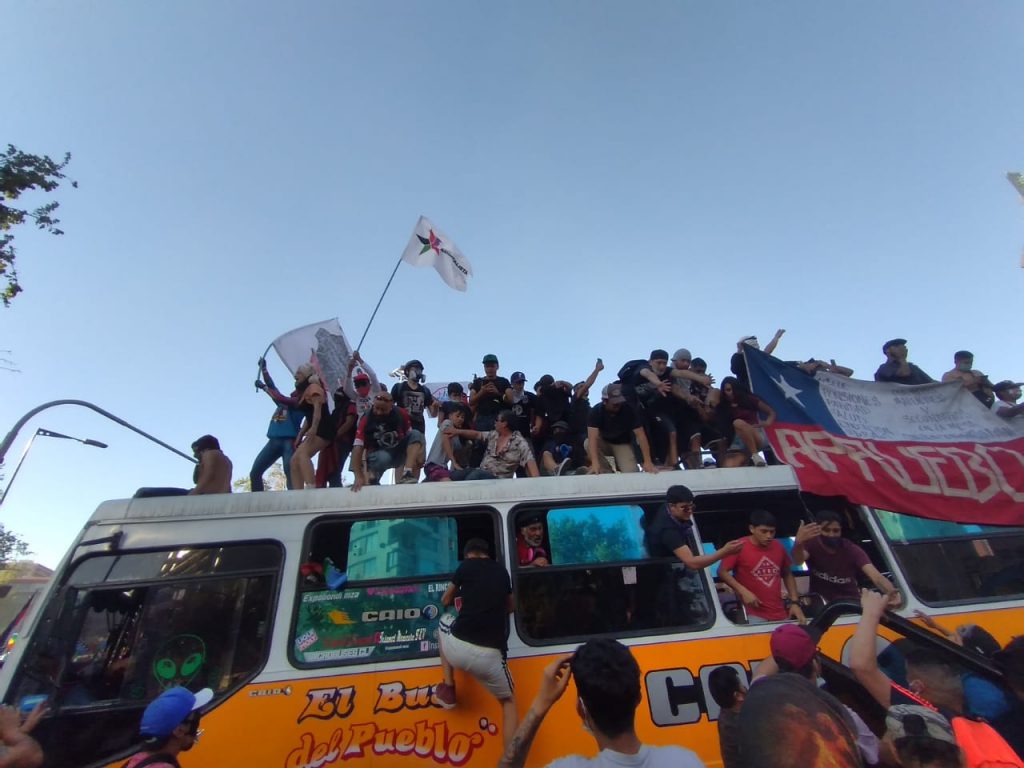 Since early on Sunday, from the balconies and windows you could see the caravans of cars marching towards Dignidad. A year since the revolution, the people know what it is about. None of the problems that were raised have been resolved, on the contrary, they have deepened. That is why the people mobilize to recover the streets.

The Streets are in Charge

Just a week before the plebiscite, we are producing a new historical event, to clarify where the strength lies, the power of this people that are standing despite the pandemic, despite the pacts, despite everything.

Those who are only content to talk about what is possible spent whole days proposing “precaution”, warning people to be “careful” and “not mobilize.” As always, they work for the strength of our people to not be expressed, to avoid this important date and place it in the plebiscite. But no, times cannot be advanced and there is no plebiscite without revolution, and today was our day. 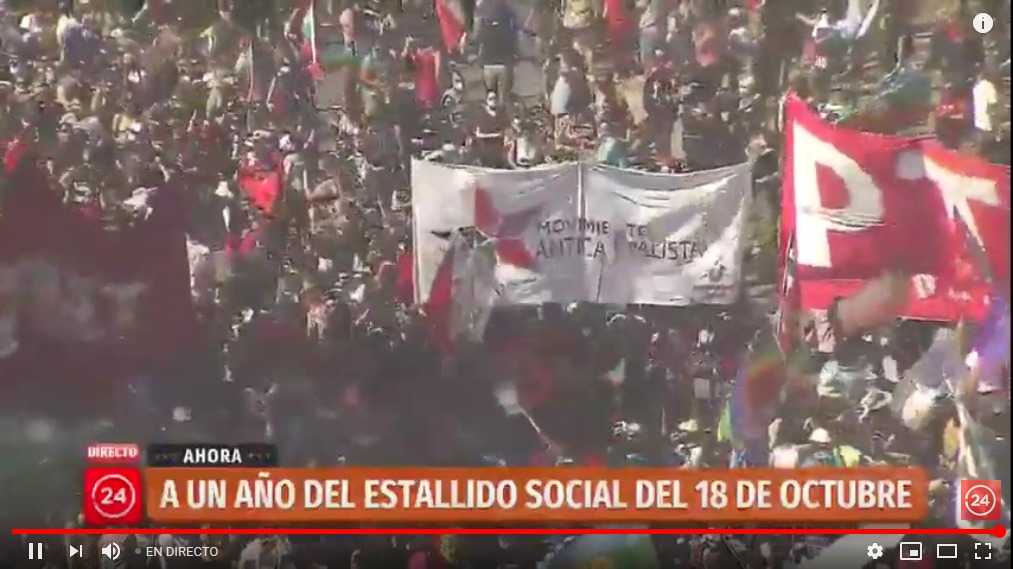 We took to the streets again to remind those who wanted to sow pacts that we know why we fight, that we are not satisfied with what is “possible”, that we are willing to fight for everything, because everything is possible. That is why we kick those who intend to use our struggle to repeat old defeats out from the plaza, that is why the new flags were not questioned and flew along with those of the people.

The streets are in charge, they do not wait for permission from the reformists or the candidates, they are heard in the plazas throughout the entire country with the power of changes that have no turning back.

We faced the repression, we recovered the plazas, we just need to raise the program of the revolution, the banner of Approve, but with the clarity of knowing that we have to strengthen our demand to turn everything around, far beyond the electoral issue.

To recover the path of October and transform life as we know it, we have to throw Piñera out, we have to put an end to the cops, we have to demolish the 2/3 rule and build something new against capital. There is abundant strength, we need more organization, we invite you to join Movimiento Anticapitalista to do this together.