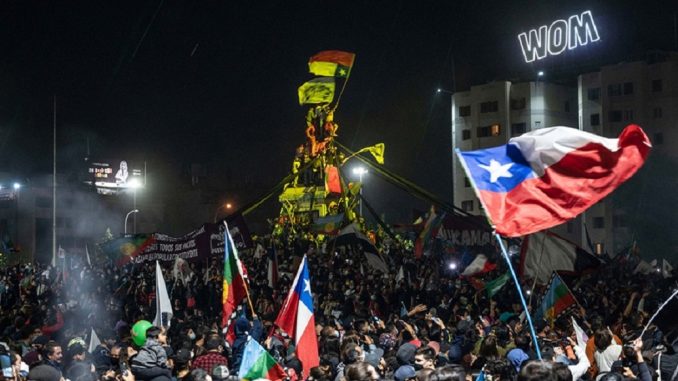 Defeating all kinds of government sponsored maneuvers and an emboldened Pinochetism, the workers and the people won the streets and the polls to defeat the threat that Kast posed. In the coming days we will analyze the results in depth; in this first overview we wish to contribute some ideas to understand what has happened and what is to come from an anti-capitalist perspective.

Yesterday’s election demonstrated, above all, that there is a growing acute social polarization, and at the same time, that the fundamental initiative is held by the mass movement, at least in this case. It is clear that in an election with only two options, that could be a simple conclusion. However, what the second round really expressed is that the hardest right and the Approve Dignity (FA-PC) candidate both entered the race from coalitions formed without the traditional parties. It is an expression of the polarization that exists within the limited options offered by the restricted democracy that arose from the transition agreed on with the dictatorship and the perfidious peace agreement. 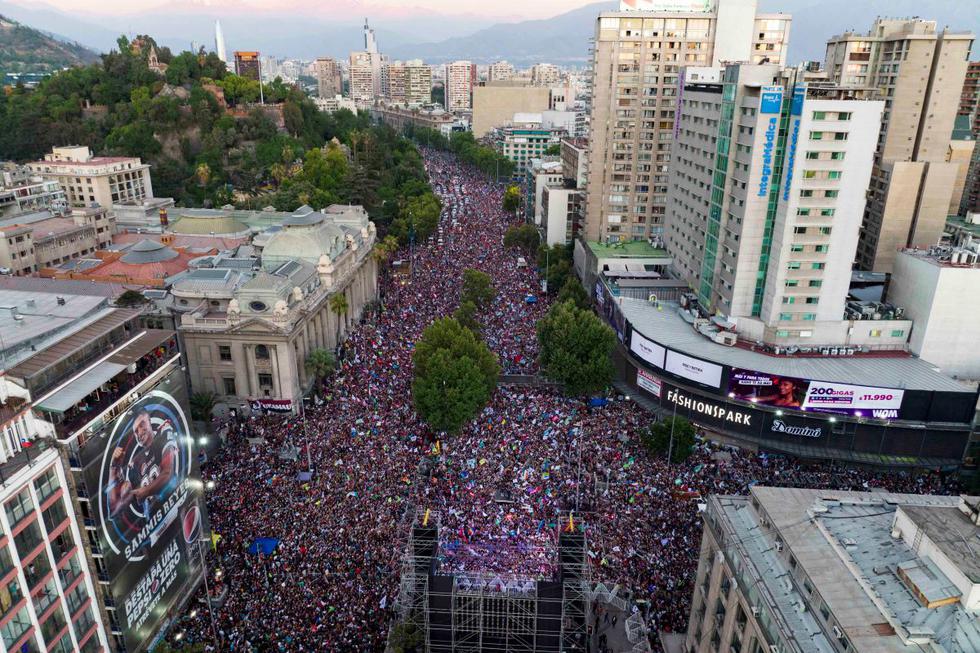 That polarization was even more expressed, after the first round, in the spontaneous campaigns and in people’s severe call to attention to the center-left candidate to “get off his horse” and realize that a very important battle was coming.

The fundamental push was provided by the multiple nuclei that emerged after the first round, with a clear task and an objective that materialized yesterday unleashing joy and genuine popular celebration: defeating the fascist and putting a brake on the impetus of Pinochetism.

From the morning, a tough situation began to reveal itself in the most precarious communes, there were no buses. The scandal was such that at noon the government had to hold a deceitful press conference with the Minister of Transport Gloria Hutt, explaining that everything was in order. But the truth, as it could be seen on the streets and on live television, was that people waited for hours at bus stops under the sun, while most of the fleets were held back in the terminals of the private companies subsidized by the State. This amounted to a scandalous electoral interventionism, because in the more affluent communes, where the right wing historically wins, there were no transportation problems. Despite the maneuvers, the terror campaigns and the provocations, the working people dealt Kast an electoral beating in the main towns and popular neighborhoods. The Puente Alto commune, without going any further, tallied 70 per cent of the vote for Boric. On the other hand, the northern regions, which had voted in the first round for the candidate Parisi (an ultra-liberal outsider), turned in favor of Boric in the second round. At a general level, there was 10 per cent more participation than in the previous elections, and the highest number of votes for a presidential candidate in history.

Beyond these and other data, all very important, it is essential to highlight as we said in the first round, that the result expresses, in relative terms, as always in history, the end of the old duopoly and the beginning of the reconstruction of the regime, after the authoritarian sectors having received a strong blow and the mobilized people having risen as a fundamental actor, without a radical and anti-capitalist leadership yet, but with a revolutionary left present and setting the pulse even with the use of the vote.

At 7:00 p.m. the electoral triumph of Approve Dignity was irrevocable, with 10 points of difference between the candidates, equivalent to one million votes. The hypothesis that the vote would be narrow was thrown out. A visibly affected Kast accepted the defeat from his headquarters. The streets began to fill immediately and a spontaneous and massive march traversed the avenue on its way to Boric’s central rally, where he became the president with the largest electoral vote in history. 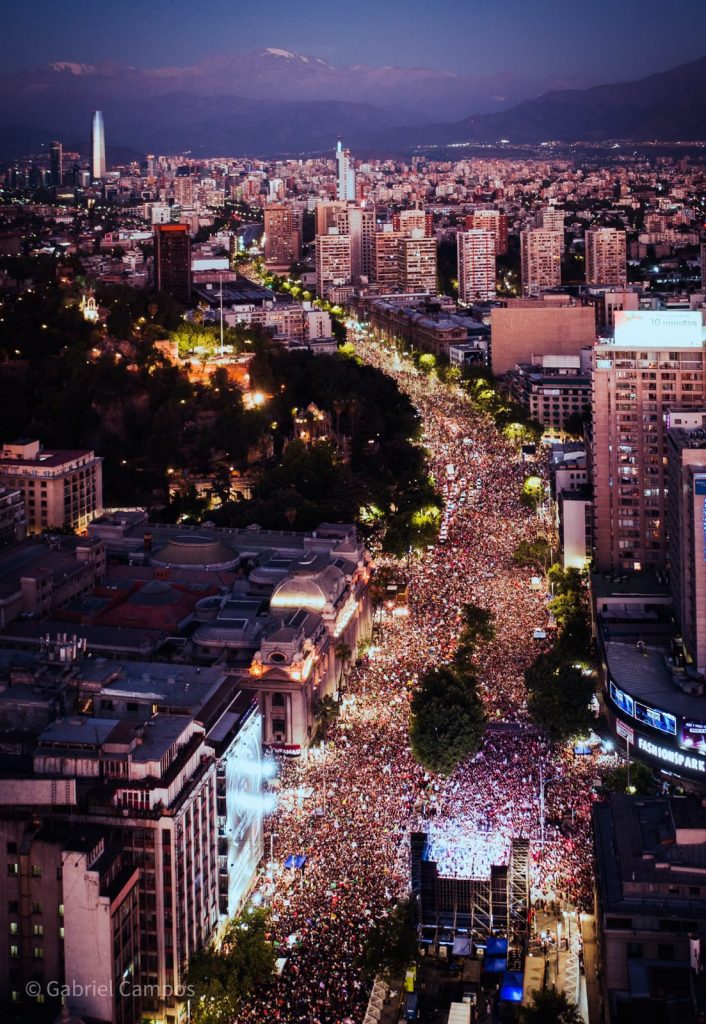 Massive march in the streets after the victory

We have already said that the strength of victory must be sought in the firm and determined activity of the working people. It is important to know that after the celebrations and the joy of this victory, attention must be placed on the resolution of the demands that motivated, positively or negatively, the historic election of last Sunday. In other words, those of us who voted against the proto-fascist so as not to lose our few remaining rights and those who did so for Boric with the hope of obtaining new rights and a new Chile, different from the 30-year regime, will intend to achieve those objectives.

These tasks, clearly expressed during the rebellion that Boric himself and the FA worked to contain, are the driving force behind the popular impetus. A failure to deliver on those demands would undoubtedly strengthen the position of the right that has found in Kast a new benchmark, achieving a not inconsiderable 44 per cent and it will be lurking as part of the new political geography. Tensions are far from dissipating, the election expresses them fully, and in the coming days working to organize the popular force independently will be more necessary than ever to participate in those struggles.

From the Anticapitalist Movement we raised a clear call to vote against Kast for everything he represents, but being deeply critical of the program and the trajectory of Gabriel Boric and his coalition. In his last speeches he tried to take up Allende’s epic, and at the same time he repeats his mistakes, promoting confidence in the possibility of a “united and peaceful Chile” with human rights violators and capitalists who plundered our common goods through the barrel of a rifle during long years. He expressed this with his call to Piñera and in the rally itself by stating that “bridges should be built” with the far-right Kast.

We await with our guard up for what is to come, organizing our forces and calling for you to join our organization. In order not to delegate, so that no one surrenders the victory that we achieved with effort in any back room negotiation. We do not say this out of prejudice, but because the recent past shows it, we cannot trust anyone other than our independent organization and we must not abandon the streets.

With the joy of the triumph obtained, let’s advance until we transform everything!