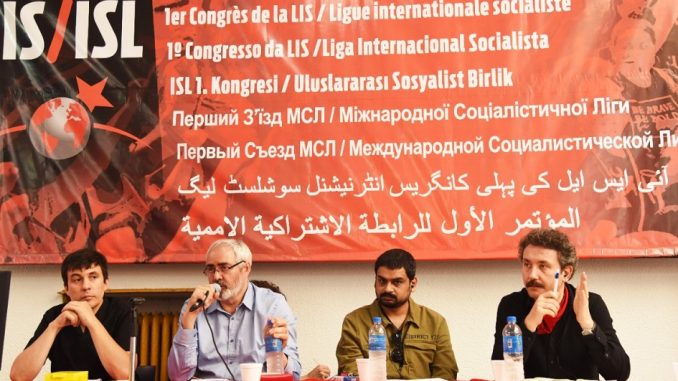 With the voting of important political documents, statutes and the formation of an international leadership, the 1st Congress of the International Socialist League culminated. It counted with the participation of comrades from 25 countries of five continents, during intense days of debates in which the main processes of the class struggle, the assessment of the actions of our forces and the main perspectives of counstruction were addressed. We began the event with a powerful inaugural rally in Plaza de Mayo and an anti-capitalist youth camp, and ended with a massive and internationalist participation in the march against the IMF on December 11. We come out of the event with more strength, determination and enthusiasm to face the challenges that are coming in the framework of a world in upheaval, trusting that the strengthening of the ISL will be a qualitative contribution to overcome the historical crisis of leadership of our class.

Here, we share some of the main documents and resolutions as a contribution to the debate that revolutionaries deserve:

The Capitalist World Economy after almost 2 Years of Pandemic

Statutes of the International Socialist League

Resolution on Gender and Campaign for March 8, 2022

Resolution on Authoritarianism and Fascist Danger

Resolution on the Middle East

Resolution on South Asia and Afghanistan

Resolution on the Countries of Eastern Europe (Ex Soviet Union)