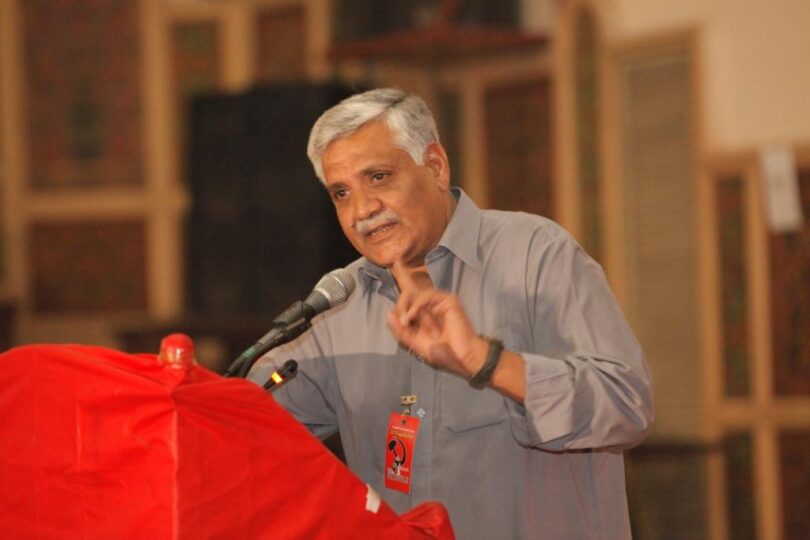 It is with deep sadness that we have received the news of Tanvir Gondal’s (also known by the cover name Lal Khan) death. Tanvir was a close friend of the Socialist Association and was one of Pakistan’s most important exponents of Marxism, author of a number of books on Asia and the man who had educated several generations of revolutionaries.

I first met Tanvir in 2003 at a Marxist summer meeting in Barcelona, ​​Spain. Back then, I was only eighteen years old, but our friendship was to last until his untimely death, today, February 21, 2020.

Tanvir was born in Bhaun, Pakistan in 1956. It was a few years after the bloody crackdown on Pakistan and India, a subject he discusses several times in his writing. As a nineteen year old, Tanvir began studying medicine at Nishtar Medical College in Multan. It was here that he began to become active in student politics and in 1978 he became chairman of the student council as a counter candidate to the reactionary fundamentalists.

For the same reason, the following year he was arrested by Zia-ul-Haq’s military dictatorship. After his release, he was forced to move to another college in Rawalpindi, but due to his continued student activism, he was wanted and his execution ordered. He managed to escape to Amsterdam in the Netherlands in May 1980. Here he completed his studies as a doctor. But as he once explained to me, he “simply gave up all human wounds and devoted himself to the whole wounds of society”.

In Amsterdam, Tanvir came into contact with South African Marxist, Ted Grant (who lived in London). Ted was at that time the leader of the British Militant tendency, which had gained considerable support for Marxist ideas in the Labour Party in Britain. Tanvir organized an exile group from Amsterdam under the name The Struggle and he remained in exile until 1988. 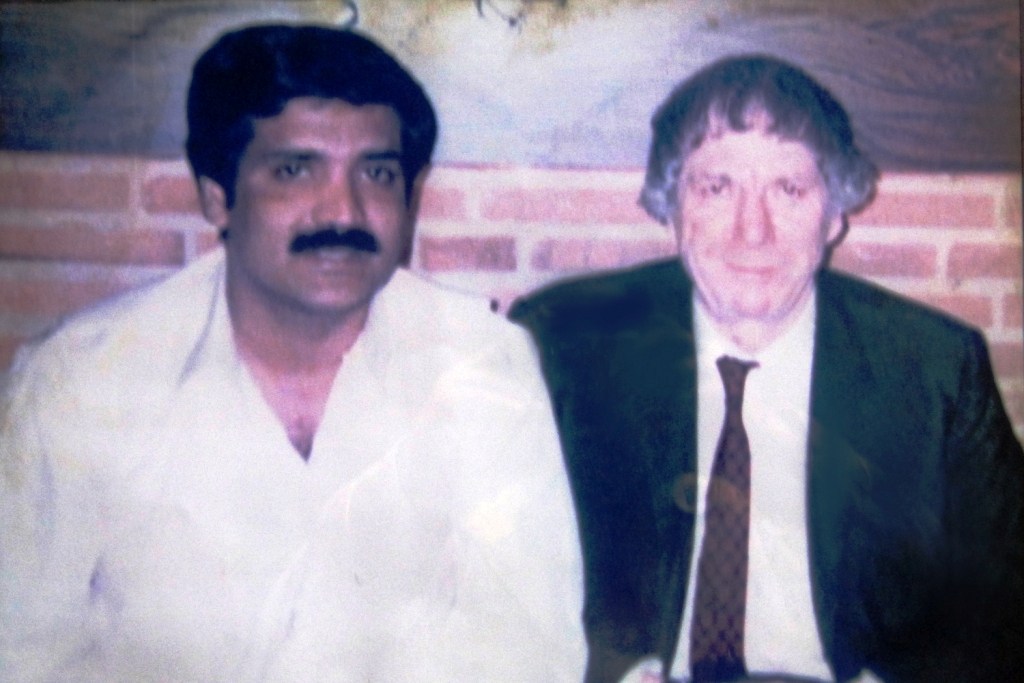 Tanvir returned to Pakistan and began to build a Marxist current. Instead of proclaiming a new party, he chose to focus on long-term work in the PPP, the Pakistan Peoples’ Party, which was founded in 1967 but gained mass support as a result of the 1968 revolution and was linked to the tradition of Zulfikar Ali Bhutto (Pakistan’s left-wing populist prime minister overthrown by a state coup in 1977 and later executed). It did not mean that he and his comrades gave political concessions to left-wing populism, but it did mean that they understood that the Pakistani masses are orientating themselves around that party, not least as a partial bulwark against fundamentalism.

In Lal Khan’s excellent book “Pakistan’s Other Story” he discusses the PPP, its origins and development. He describes Bhutto’s leadership as a left populist variant of Bonapartism and explains how the party developed from a party to more of a movement, a tradition and a banner where the masses can pass through when they move into political action.

Their perspective was confirmed as millions walked the streets in protest of the December 2007 killing of Bhutto’s daughter, Benazir.

From a very small exile group in the 1980s, The Struggle grew to have around 2,000 members in Pakistan in the mid-2000s, publishing newspapers in a wide variety of languages, including an English-language magazine (Asian Marxist Review) that was printed in India.

Tanvir wrote several books, both about the 1968 revolution, about the partition between Pakistan and India, and about Afghanistan. In Kashmir, his organization managed to bring students together for battle across the dividing line between Pakistani and Indian-controlled regions. In areas where the fundamentalists are strong, such as in Waziristan, his organization has played a crucial role in challenging them, which resulted in the election of Marxist Ali Wazir to the national parliament, despite massive electoral fraud.

The amazing thing about this organization – and of Tanvir’s work in general – was that it developed in a country with extremely harsh conditions, with 55 million people living below the poverty line, with the Taliban and fundamentalists having close ties to the state machinery and regularly terrorizing the civilian population.

This is a country that is further divided with many national minorities, each with their own language, yet the comrades around The Struggle are able on every May Day, to organised workers demonstrations, including workers of all nationalities and languages, in unified marches in dozens of towns and cities across Pakistan.

The Scourge of Division

A special mention must be reserved for Lal Khan’s book on the bloody partition of the Indian subcontinent. Partition can it be undone is a Marxist classic in its own right which deserves to be read widely, also in Europe and the U.S.

Lal Khan’s basic tenet is that partition was a crime brought about by the imperialists in order to derail the magnificent post-war workers’ movement in India. He explains how this resulted in a sectarian division on religious lines as opposed to class unity:

“The two new states were born amidst the slaughter and bloodshed that Ghandi wanted to avoid. Thousands of years of religious, ethnic and communal harmony was shattered in a matter of days, as families were uprooted from their ancestral towns and villages and whole trainloads of people killed in the carnage. Partition of the Indian subcontinent was probably one of the most horrific episodes of the twentieth century. The dawn of 14th August 1947 was red not with revolution but with the blood of millions of innocent oppressed people…blood spilled by the reactionary madness of religious bigotry. The magnitude of the carnage stunned even those who had been the main advocates of Partition. The atrocities committed have become horror stories for future generations. The most brutalised regions were Punjab and Bengal. The irony is that the first two papers of the Communist Party of India came out in Punjabi (Kirti (Worker) from Amritsar) and Bengali (Langal (Plough) from Calcutta). Yet the workers and peasants of Bengal and Punjab suffered the biggest massacre of Partition. The stiletto of Partition drenched in the poison of communal hatred had pierced two nationalities right through the heart. “

Personally, I met Tanvir a number of times, in Belgium, Spain, France and Italy, because he kept travelling and never had a narrow national perspective.
In 2010, he went to Venezuela, where I was then living, and for just over two weeks I was one of his hosts. We went around and visited the occupied factories which were under workers’ control and participated in demonstrations in the streets of Caracas.

Comrade Lal Khan meeting with the activists in Caracas, Venezuela (2010)

One of the things that struck me most about his visit was how well he understood the political situation in Venezuela, even though he did not speak a word of Spanish. But as he said to me, “all the underdeveloped countries looked a little like each other” and he pointed out some similarities between Pakistan and Venezuela towards me.

In June 2017, Tanvir visited Denmark to meet with our comrades around, Socialisten. We also held a public meeting in Copenhagen, where there was good discussion and questions from the attendees. 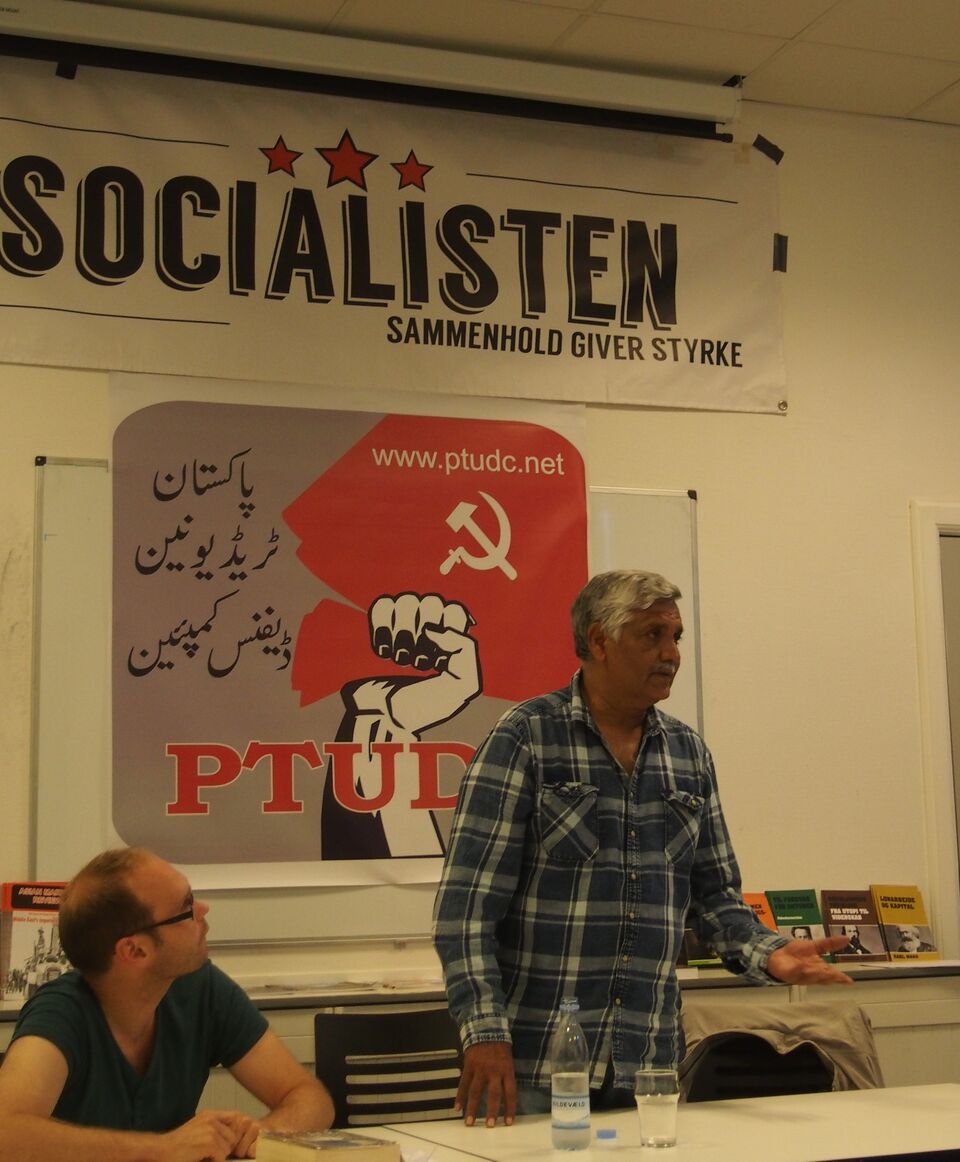 Andreas Bülow and Dr Lal Khan during a public meeting titled “Imperialism, Fundamentalism and the Situation in Pakistan” held be Socialisten in Copenhagen, Denmark, June 2017.

Although the title of the meeting was “the fight against fundamentalism”, the debate also revolved around Lebanon, Palestine and Afghanistan and Tanvir’s wide knowledge was revealed in this discussion. Later Tanvir also visited the Unity List’s International Committee and informed them of the situation in Pakistan.

But already, even at that time, Tanvir was sick. Slowly but surely, cancer began to spread in his body. Chemotherapy could not curb the disease. Although he was increasingly weakened, he did not give up political activity and was a regular attendee at meetings and was in daily contact with his comrades.

The article was originally published in Asian Marxist Review Spring 2020 edition. Here we are publishing it for our readers on the 1st death anniversary of great revolutionary, Dr Lal Khan.