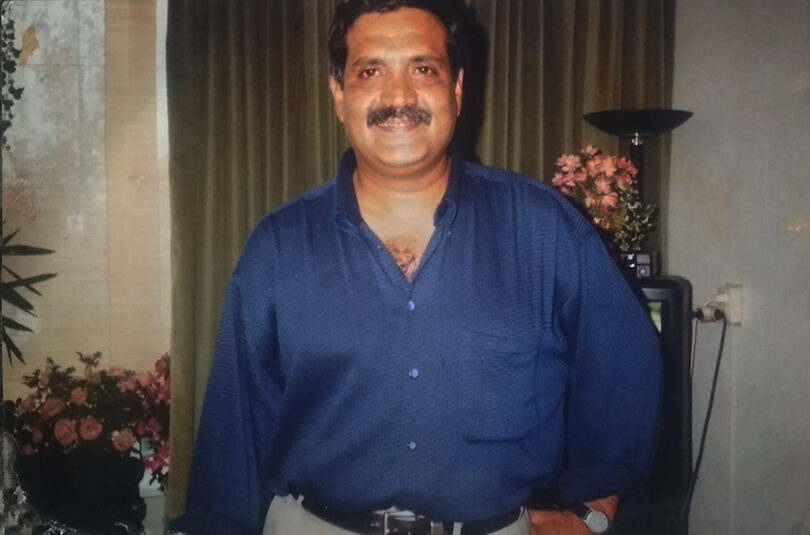 On February 21, 2020 Comrade Lal Khan died battling cancer. During his illness we were very concerned but there was always a glimmer of hope that he will survive. In fact we had never imagined that there would be time when there will be no Lal Khan to lead us in the struggle for revolution and it is going to be his legacy that we will carry forward. His unshakable belief in a socialist transformation of the society and his four decades long struggle to inspire the revolutionaries in Pakistan with all his energy is a testament to that. His life and death will leave a lasting mark for years to come on the workers movement in Pakistan.

I joined his revolutionary caravan 20 years ago, 16 of which I spent working very close with him. Much has been written about his life, his personality and his struggle, but first and foremost he was a soldier of struggle for revolutionary socialism until his last breath. A Marxist intellectual, an author and a columnist, these identities were secondary. These were the different fronts on which he had to fight simultaneously. He used to say that in order to educate the comrades writing revolutionary literature is very important but equally difficult. He returned from exile to Pakistan in the last years of 1980s, that was a period of decline and extreme demoralization for the international socialist movement. Within few years Soviet Union and the Berlin Wall collapsed. The impacts were far more horrific in third world countries like Pakistan. Moscow and Beijing were the Meccas of Pakistani communists and they thought that the only way to a Socialist Revolution in Pakistan was with the help of the Soviet Union. The collapse of USSR obliterated the left, the honest and genuine comrades got demoralized, and the opportunists became profiteers.

During his exile and interaction with the International workers movement, Lal Khan was introduced to the ideas of Trotskyism. For the pro soviet left of Pakistan these were counter revolutionary ideas. The Stalinist propaganda against the theory of permanent revolution was deep rooted in Pakistan. Apart from a weak and brief introduction in the 60s, Dr Lal Khan was the only individual who built a one of the largest and strongest revolutionary organizations in Pakistan based on the ideas of Leon Trotsky. And that in a period when Socialism was a laughing stock. This was an extraordinary task and there is no doubt that it was only possible because of the extraordinary and dynamic leadership of Lal Khan and his pioneering comrades. The role of the individual in history is very important and sometimes it is exaggerated and individuals become the central figures of history and movements. It was a struggle against the tide of history and Lal Khan and his fellows were a lone voice in the wilderness, and today a dominant trend in revolutionary socialism in Pakistan.

Lal Khan was an individual of great personal abilities which were polished and sharpened by the international workers movement during his exile. That’s what gave him the strength to fight the reactionary period. He also fought against the two stage theory prevalent in the working class and the oppressed nationalities of Pakistan. This was a period of relentless ideological battles. Building solid foundations of the organization upon Revolutionary Socialism and Permanent Revolution was more important than numerical growth at that time. And thanks to that now we have an ideologically unbeatable organization. This achievement is enough to make Lal Khan a distinguished star on the horizon of workers movement.

It is the irony of history that he was struggling in a period that was not fertile for a revolutionary change. The character of the epoch plays a crucial role. Giants like Karl Marx find themselves helpless in an epoch of decline. If we analyse their roles within the confinements of their epochs, their struggles are nothing less than successful revolutions. His tremendous subjective energy for carrying out a revolution remained untapped in the counter revolutionary period that he lived in. Such was the force of history that he was against.

Spreading the ideas of Revolutionary Socialism in a backward and semi reactionary country like Pakistan was a huge achievement in itself. He built a revolutionary force comprised of individuals from numerous nationalities, diverse cultures and traditions. This is a testament to his organization genius. Other than the popular phenomenon of Zulfiqar Ali Bhutto, there is no individual in Pakistan who was this popular in so many layers and nationalities of the country. This was due to his revolutionary character, sacrifices and flexible methodology. In countries like Pakistan, development of cult of personality is a persistent problem, and Lal Khan had to constantly fight against this trend. Comrades who worked closely with him know how much he detested reverence to individual. He knew that this was fatal to a revolutionary organization. He had the extra ordinary ability of moulding and adjusting himself according to the attitudes, habits and styles of the individuals associated with him. Perhaps he thought it was necessary for building an organization in a country like Pakistan.

Sacrifice, humility and selflessness were hallmarks of his personality. The organization that Lal Khan built may not be a numerically significant force in a country of 200 million, but he was considered as saviour of the working class and the oppressed. Reflections of those who contacted me on his death made me realize that he was the symbol of revolutionary change for so many more than we thought.

Comrade Khan spread the message of revolution not just on the basis of Ideology. He often said that only ideas are not enough, courage, determination and persistence are more important to take the ideas to the masses and specially in a counter revolutionary and reactionary period. He was found of Lenin’s quotation that thoroughness, persistence and patience are vital for building a revolutionary organization.

Comrade Lal Khan made complex ideas easy and introduced elements of passion and romanticism to it. The success of annual congresses of The Struggle proved his methodology. He would inspire the comrades, young and old, and energize them so much that not only they could sustain the struggle during a reactionary epoch but also turned the organization into a formidable force. In my view without this method it would not have been possible to build such a big left-wing organization in Pakistan. Those who split with him criticized the congress after they left but they used to be ardent supporters at one time.

He was a human and like everyone else he had his qualities and his flaws. All his life he was controversial for various reasons. He was controversial within the left and in general because of his revolutionary ideas. During building of the organization, he had many differences with numerous comrades but those differences were primarily political and organizational. He was a towering personality. I observed that he laid great emphasis on organizational bodies and their decisions. At numerous occasions, he was in the minority. He would try to convince others but vehemently implement the decisions of the majority. For him the correctness of democratically made decisions was not a question of morality and he would strive to move the organization ahead back into the struggle from a state of confusion. Those who left him criticized him because of this. But everyone was sad on his death. With all his qualities and flaws, he was a selfless flagbearer of revolutionary socialism.

Comrade Lal Khan gave our generation a dream, a dream of a Socialist Society. It is dream of open eyes and shines bright in every comrade. That dream was kindled long before the probability of a Socialist Revolution, and it was necessary to light the path during the long night of reaction, that was his task and he did it. He used to say that we are no longer a lone voice in the wilderness and our time is coming. We have the legacy of his forty years of struggle in the form of the organization to complete his mission. A socialist society in the Subcontinent and beyond will be his living memorial. That is the way to pay tribute to him.