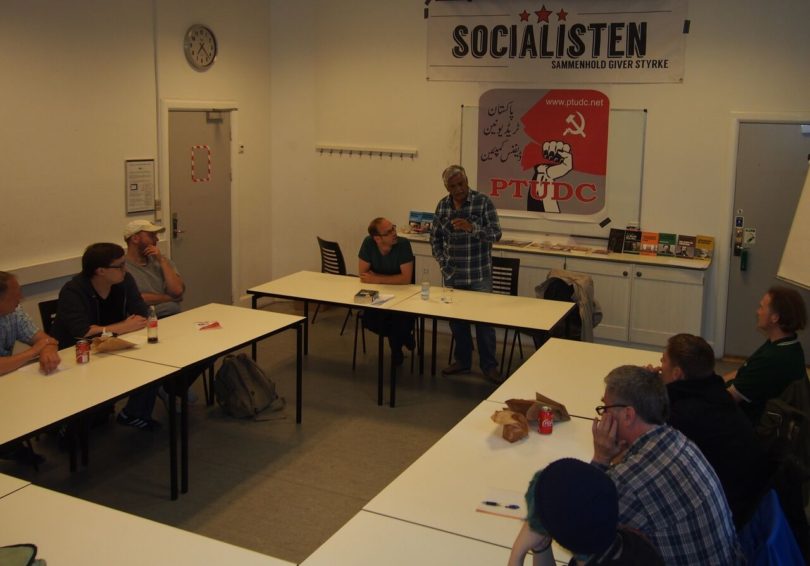 By Lasse Bertelsen
(Member editorial board of the Socialisten)

A public meeting on “Imperialism, Fundamentalism and the situation in Pakistan” was organised by the Marxists of the Socialisten in Denmark in cooperation with the Pakistan Trade Union Defence Campaign (PTUDC), on Monday 26 June 2017. The meeting was held at the Cultural Centre in the Copenhagen city. The main speaker was comrade Lal Khan, the International Secretary of the PTUDC and editor of the Asian Marxist Review who had travelled from Pakistan.

Lal Khan spoke in detail on the history of Islamic fundamentalism the role of US and western imperialism in sponsoring and abetting these religious fanatic groups who are now wrecking havoc of Islamic terrorism in western Asia, the Middle East and far beyond. He explained the role of states of the region in fomenting this menace for their own strategic and vested interests. How the US imperialists in connivance with the Saudi monarchy and Pakistan’s ISI created the Islamic Jihadists to destabilise the Afghanistan’s Saur or Spring revolution of April 1978. These have morphed into Taliban and other reactionary terrorists that are wrecking havoc in the region. The NATO-led imperialist aggression in Afghanistan has devastated the country and other parts of this region. Some of these Islamic terrorist groups have become Frankenstein Monsters for the imperialist and regional masters today.

Lal Khan also gave the detailed analysis of the 2011 upheaval in the Arab world and the reactionary slaughter and mayhem that is ravaging the region due to the ebbing of this revolutionary tide in the whole region. His conclusion was that the stability, peace and prosperity in the Middle East can only be achieved through a resurgence of a mass revolt of the youth, workers and the masses of the region that can overthrow the existent despotic regimes and carryout a revolutionary transformation. This will lead to the creation of a voluntary socialist federation of the peoples of the Middle East with deep revolutionary impacts across the world.

On the situation in Pakistan, comrade Lal Khan explained that the grim and reactionary picture of Pakistan painted by the media is only one side of the story. There have been revolutionary movements in the country’s short history. The traditions of such movements exist and there will be mass eruptions in the coming period that can change the situation radically with the workers and youth leading the movement of carrying out a socialist revolution in the country. Such a transformation will begin the revolution in the whole of South Asia in particular.

The representative of left parties and trade unions in Denmark attended the meeting. There was a detailed question and answer session, which went on for almost two hours. There was an optimistic and enthusiastic mood after the meeting and the speech got a standing ovation from the participants. All the copies of the new issue of the Asian Marxist review were sold out at the meeting. 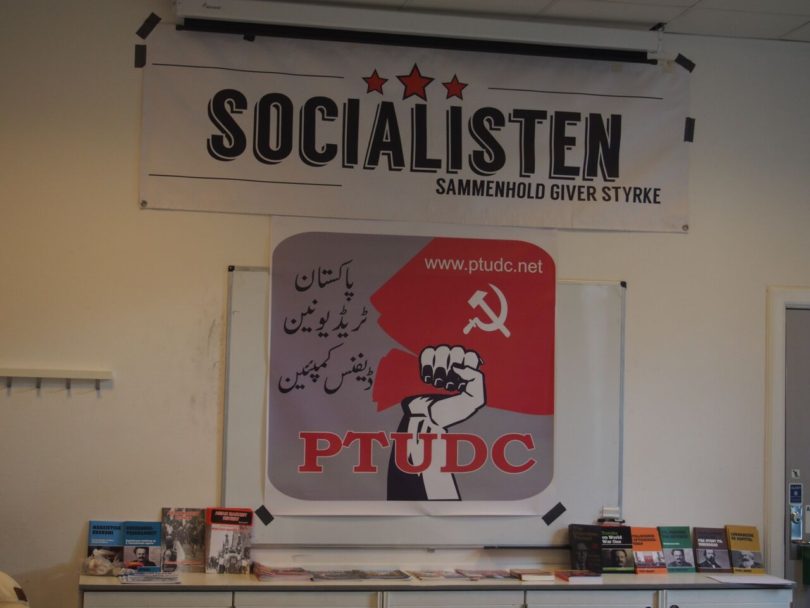 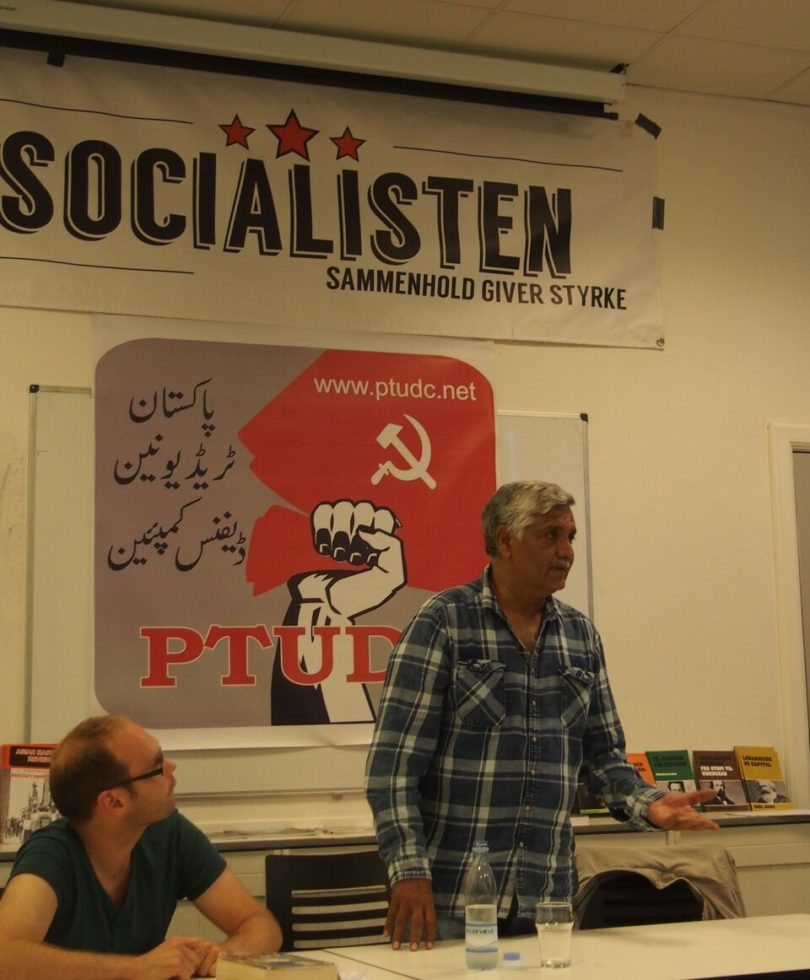 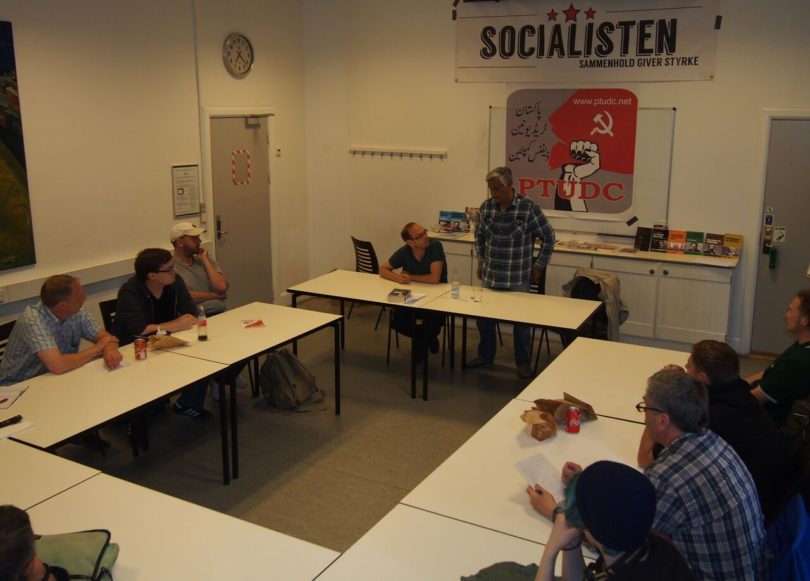 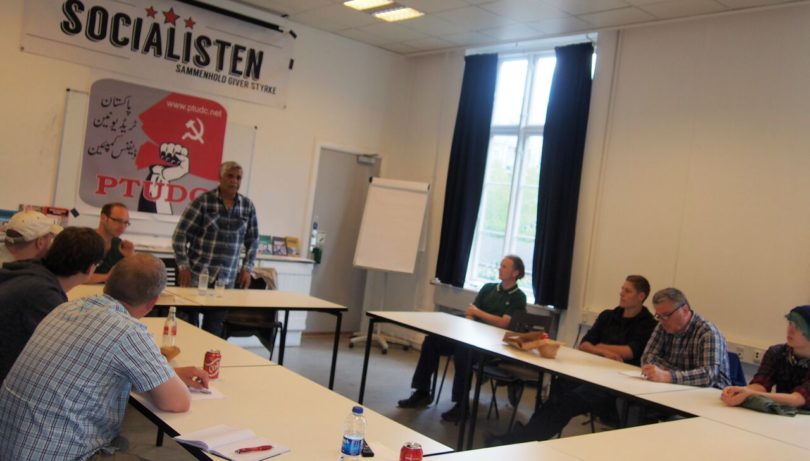 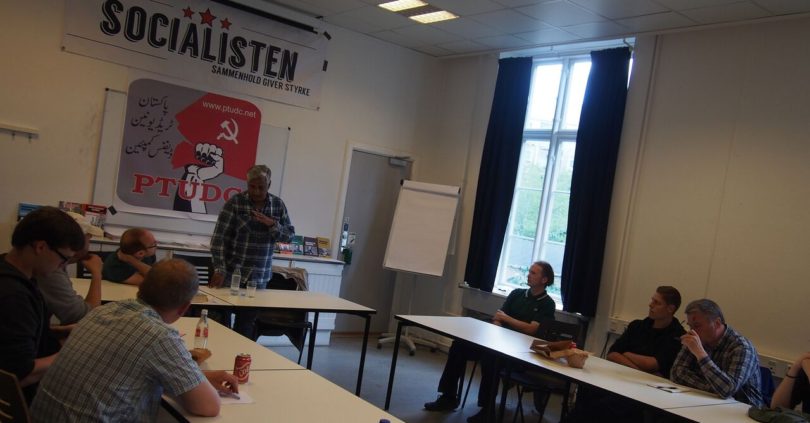