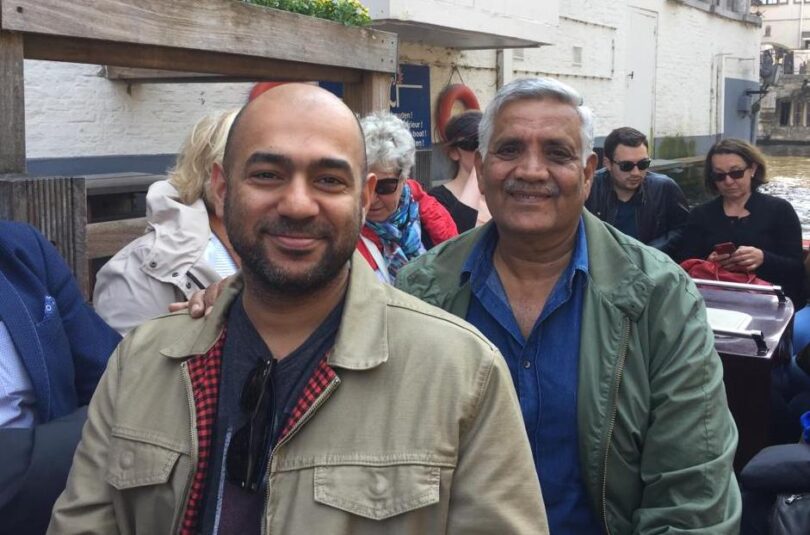 During the Congress of The Struggle in November 2018, I got the news that comrade Lal Khan had to be hospitalized and could not attend the second day’s sessions of the congress. At that time everyone thought it was a deficiency of electrolytes and would soon be replenished. It was in the aftermath that gradually the gravity of his ailment started to unravel.

Those days were full of disbelief and anxiety. Like his other personal problems, he wouldn’t discuss that in detail. On the phone he told me “Living and dying is not that important” and that still echoes in my head.

The year and a few months since then he spent fighting with cancer but he did not allow it define his life. The revolution was always his top agenda until his last breath. 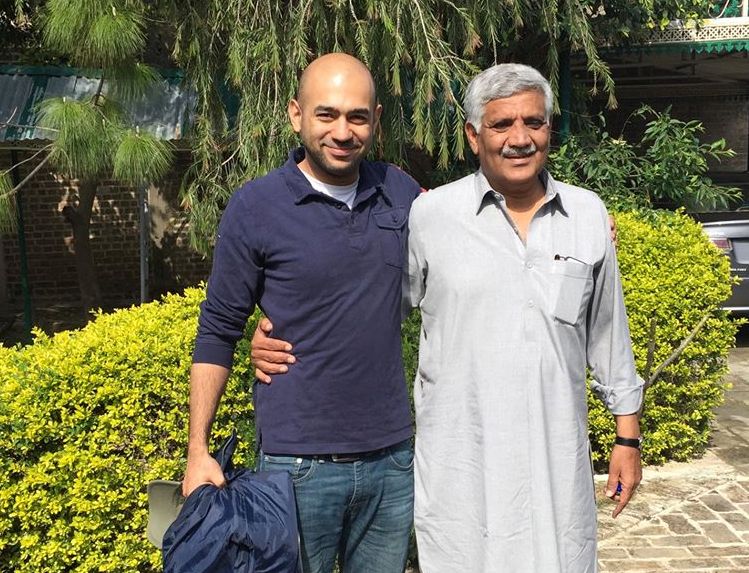 I don’t exactly remember the very first time that I met him, though I have been in The Struggle since 2005 the first meaningful interaction that I had with him was in 2008, at Jammu Kashmir National Students Federation (JKNSF) convention in Rawalpindi while we waited at the book stall for the rally to arrive at the Press Club. Later, he asked me to translate a document on 2008 financial crash.

This was the beginning of a long collaboration between us where I would translate a number of his English articles to Urdu. The last of which was in January 2020 when he asked me to translate the world perspectives document.

This was around the time of launching of his book “Pakistan’s Other Story- The Revolution of 1968-69” in which he discussed along other subjects the rise and subsequent history of Pakistan People’s Party (PPP). This was right after a split on the question of work inside PPP and I remember him saying once that a new book is the best way to move the organization forward after a split.

There were book launch meetings across the country. For one such meeting I went to invite one of the most renowned book critics of Pakistan and though he disagreed with the political positions, he took great pride in saying, “Lal Khan always invites me to his book lunch meetings”. Such was his persona that even those who opposed him ideologically took pride in their association with him.

Many have written about his life and politics by now so I’d limit myself to my own political and personal experiences with him.

When PPP government accounted the public private partnership program inspired by Margaret Thatcher, to give some shares to the workers of state own enterprises he had the political courage to take the unpopular stance of explaining that it was a step towards privatization, at the time when the workers were hoping to get some money from those shares. Also, during the Lawyers movement against Musharraf, all the left jumped on the bandwagon but Lal Khan pointed out that a movement is defined by its economic goals those of the lawyers movement were anything but revolutionary.

During the PPP government, it was constantly under attacks from the right wing and the state. Lal Khan tactfully attacked its policies from the left on the issues of basic economic necessities while keep promoting the founding document of the party which its leadership tried their best to downplay.

He was the probably the only one in Pakistani left to explain that Military and Civilian rule were only two sides of the same coin and a military dictatorship only creates illusions and false hopes in bourgeois democracy.

He had a tremendous ability to form political relationships often utilizing his personal charm, and a great number of progressive politicians were cordial with him.

He was a tireless traveler and was often on the road for revolution. I had the privilege of accompanying him on his many journeys for political meetings. That also gave some time to listen to his favorite music on the way, including Hemant Kumar, Manna Day and Lata but his favorite at that time was Punjabi songs by Noor Jahan. He would often Quote dialogues from Bollywood movies in his articles and speeches. When we drove past his Alma-Mater he used to tell me that as a student in Hasan Abdal cadet college he and his classmates would ride horses in the dried riverbed thinking themselves to be characters of “Mackenna’s Gold”. He was lover of poetry and I particularly remember one of the Congress documents that he wrote on Pakistan Perspectives, had every chapter starting with a verse from renowned Urdu poet Mirza Ghalib.

He had a great sense of history and saw the process of revolution in that perspective. Once he told me that when he was in seventh grade, he read the “The Rise and Fall of the Third Reich”.

One of his greatest organizational skills was to connect mass politics with disciplined organization. He was very non-sectarian in his politics and would embrace people rather than pushing them away. His ability to stand up again after a hard blow was extraordinary. During very difficult times he was always a morale booster for everyone.

What he inculcated in his comrades was a sense of Internationalism and audacity. He would often quote the Revolutionary leader Georges Jacques Danton “audacity, audacity, audacity”. He truly was a citizen of the world, his political and personal outlook shaped by experiences of working in both East and the West.

His personal warmth, generosity and love for his comrades was one of his defining qualities. Once he said to me at a meeting “Had we not been revolutionaries, how could have we met such beautiful people”. I can say that my greatest privilege in life is to be a revolutionary and a comrade and friend of Lal Khan.

The article was originally published in Asian Marxist Review Spring 2020 edition. Here we are publishing it for our readers on the 1st death anniversary of great revolutionary, Dr Lal Khan.