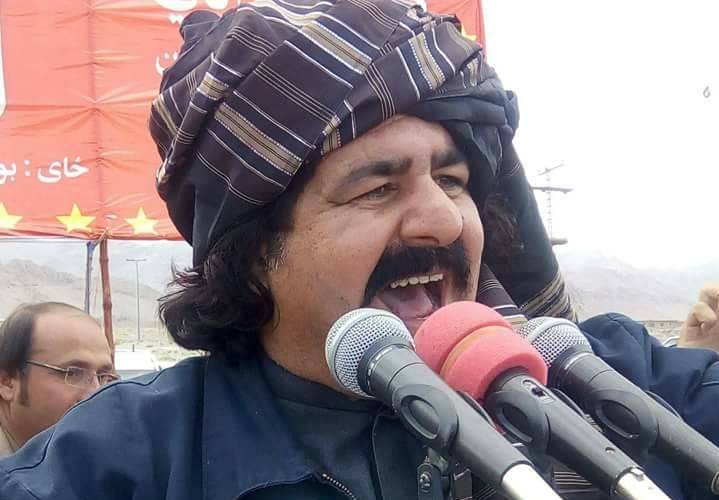 On June 3rd Ali Wazir and thousands of supporters were brutally fired upon by the so-called “Peace Committee” or the “Good Taliban” in Wana, South Waziristan. According to independent media reports, 8 have been killed and 25 injured. These state-sponsored vigilantes called ‘Peace Committee’ in the doublespeak of state repression had been making threats against Ali Wazir and his family. For some time, they had been harassing and beating up ordinary citizens, snatching and setting on fire their ‘Pashteen Caps’ which had become a symbol of resistance of the Pashtoon Tahafuz Movement (PTM). According to DW (Germany’s media network), the Taliban kept firing on Ali and others for 40 minutes. The security forces surrounded the area and imposed a curfew. According to the local witnesses, Ali Wazir was given a mass welcome on June 2nd when he reached Wana. The News reported quoting a local tribesman “Ali Wazir was with his supporters when the good Taliban came and opened firing. Ali remained unhurt but 11 of his supporters were injured,”.

According to DW, these ‘good Taliban’ wanted to kill Ali Wazir using heavy weapons but he remained unharmed.  The report goes on to say “Around 300 unarmed PTM activists were present there. In Waziristan, only the law-enforcement agencies personnel including Army, FC and Levies and Taliban can carry arms…The PTM workers demanded and vowed to burn the offices of these Taliban in Wana, but the FC soldiers opened fire and dispersed all those present”. According to BBC in Rustam Bazar and Alam Market areas the office of ‘Good Taliban’ has been burnt. This is reminiscent of February this year when the people in Dera Ismail Khan set another office of ‘Good Taliban’ on fire.

As the injured were rushed to the hospital four hours’ drive away in the city of Dera Ismail Khan, protest demonstrations started in Peshawar, Islamabad, Quetta, Swat, and many other towns and cities across the country. The protests continued on Monday June 4th and were met with harsh response from the authorities. According to Khyber News TV, Islamabad police arrested 28 PTM activists and lodged FIR against them. The curfew in Wana was imposed on June 4th and another person shot by security forces in Mughal Khel. In the evening a PTM rally in Angoor Ada was fired upon by FC injuring five. On June 7th security forces cracked down on a peacful sit in at Mir Ali, many PTM supporters has been arrested. The political Administration of North Waziristan banned Mohsin Dawar, another main leader of PTM, from entering North Waziristan for three months.

Pakistan Army’s spokesman was reported in Dawn “As the Aman (peace) Committee was waiting for PTM leaders, the movement’s supports arrived there and a scuffle followed, leading to an exchange of fire between both sides.” He also thanked the local media for ignoring the PTM.

PTM came into fore after the cold-blooded execution of Naqeebullah Mehsud by Rao Anwar, a senior police officer in Karachi. But the demands and slogans of the movement went beyond asking for justice for the slain youth. PTM started campaigning for ‘missing persons’, an end to Taliban terror, and removal of landmines, humiliation, and oppression at the hands of security forces. The poor, deprived masses and youth of Pakhtunkhwa found their voice in the movement and there was a series of rallies and mass meetings by PTM all over the country.

But it is not the first time that youth and the poor masses defied this barbarism. Ali Wazir has been fighting against this terror for more than a decade.  Thirteen members of his family have been brutally assassinated for defying the terrorists and standing up to this carnage. He has played a vital role in the movements ranging from the rights of toilers to small shopkeepers in that part of the country.

In the beginning, the ruling elite responded with utter indifference but they were taken aback by the momentum and vigour of the movement. They resorted to a policy of luring the PTM leaders into negotiations while arrests and intimidation of the activists went on. As a last resort, they hastily passed the FATA merger bill, which is meant to merge the tribal areas with the province of Khyber Pakhtunkhwa. On paper this would bring ‘Rule of Law’ to these deprived areas but one only needs to take a glance at the rest of the country where might is the only law and money is the real power. The caricatured Pakistani capitalism is unable to provide basic necessities like health, education, water, and sanitation, housing and fundamental democratic and legal rights to the mass of its citizens even in the major cities. It is a utopia to imagine any meaningful development in these hinterlands as a result of such legislation. The Express Tribune reported about the capital of KPK province, “World Health Organization has ranked Peshawar as the second most polluted city across the globe”. 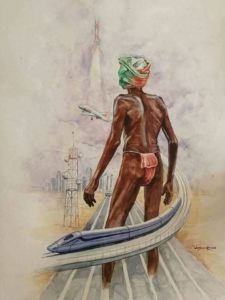 In some big cities you could see islands of development and affluence, the vast majority of the population remains in extreme misery and poverty.

Since the partition of India by the British, the historically belated and corrupt bourgeoisie and its rotten capitalism failed to complete the basic tasks of the national democratic revolution including the creation of a modern capitalist nation-state. They failed to develop the physical and social infrastructure to integrate the different nations and regions into a cohesive country. Whatever meagre development they could do, was of highly uneven and contradictory character. In some big cities you could see islands of development and affluence, the vast majority of the population remains in extreme misery and poverty. This unevenness is glaringly evident in these hinterlands where this penetrating capitalist modernization has perverted and provoked this primitiveness rather than abolishing it and creating advanced social conditions.

The British Raj kept the so-called Tribal Areas on the border with Afghanistan as a buffer zone and a military outpost in their strife with the Tzarist Russia. Peoples of these wastelands had risen time and again against the British occupiers. On 17th April 1948, Pakistan’s founding father and first Governor General Jinnah addressed the tribesmen “…we ordered, as you know, the withdrawal of troops from Waziristan as a concrete and definite gesture on our part–that we treat you with absolute confidence and trust you as our Muslim brethren across the border… Pakistan has no desire to unduly interfere with your internal freedom”. This policy of minimal intervention and absolute neglect for years was devised from Pakistan’s inception.

However, there was some industrialization and infrastructure development during the first PPP government of Zulfiqar Ali Bhutto. “The development allocations which stood at Rs. 8.28 million in 1971-72 increased toRs.16 crores in 1975-76… a total amount of Rs.18.20 crores was available with the government of N.W.F.P. for FATA during 1975-76…. total crop acreage in the tribal areas increased from 89.2 thousand acres in 1971-72 to 150 thousand acres by July 1975” (The Architect of New Pakistan, By Sayed Rasul Raza). These projects included roads, electrification, drinking water, irrigation, health, and education. “The number of primary schools in the tribal areas has increased from 476 to 1008, middle schools from 34 to 155, high schools from 27 to 86, colleges from two to eight and technical workshops from two to seven… 39 hospitals, 117dispensaries, 13 T.B clinics and nine rural health centres have so far been established in the tribal areas” (Ibid).

But this was cut short soon after the Saur Revolution in neighbouring Afghanistan in 1978. Tribal areas became a thoroughfare for the counter-revolutionary Islamist insurgency propped up CIA with the help of Pakistani state. It became a vested interest of the state to keep these areas lawless and isolated to use them to train and house the ‘Mujahideen’. A parallel economy of the drug trade and smuggling emerged which caused massive inequalities and contradictions in the region. New billionaires emerged from the evil nexus of religious zealots and reactionary state financed by heinous criminal activities, while the majority of the masses remained destitute.

With the inception of the so-called US war on terror, these lands became a flashpoint yet again. Different factions of Taliban gangs started taking over after being pushed out of Afghanistan. With tacit support from the deep state, they set upon a rampage of assassinations, extortions and executions of anyone who dared to challenge their hegemony. It was only after these gangs grew too belligerent and immense pressure from the US and other imperialists that the Pakistan’s state took some cosmetic actions. Millions were made refugee IDP’s in their own country. While those who stayed on suffered the carnage of imperialist drone attacks, military operation and Islamicist terrorism. It was after all these years of destruction and deprivation that the youth of this region have stood up in defiance.

The recent press conference of Army’s spokesman shows the panic amongst the rulers. While trying to defend the ‘Good Taliban’ he threatened Ali Wazir. In the wee hours of June 6th there have been reports of ‘Good Taliban’ assembling around Ali’s village and trying to besiege his house, threatening his life.

The burgeoning socio-economic crisis in Pakistan is manifesting as cracks on the top. The deep state and the traditional representatives of the bourgeoisie are locked in a bitter unprecedented struggle. Pakistan is no stranger to political instability but this time around no side seems to be able to defeat their adversaries. The resulting prolonged attrition is exposing the entire rulership and the rows and conflicts between them are getting severe by the day. The entire system has miserably failed to deliver not only the basics for a decent human life but also safety and security of ordinary citizens. A brutal massive crackdown on PTM leadership and activists can ignite a far broader upheaval that can inspire youth and workers across the country. Such a movement can achieve its objectives and salvation through a fundamental transformation of the society. No state repression, however severe it might be, will be able to quell the awakened masses. Only the victory of a socialist revolution would lay the foundations for a society free of exploitation and oppression.