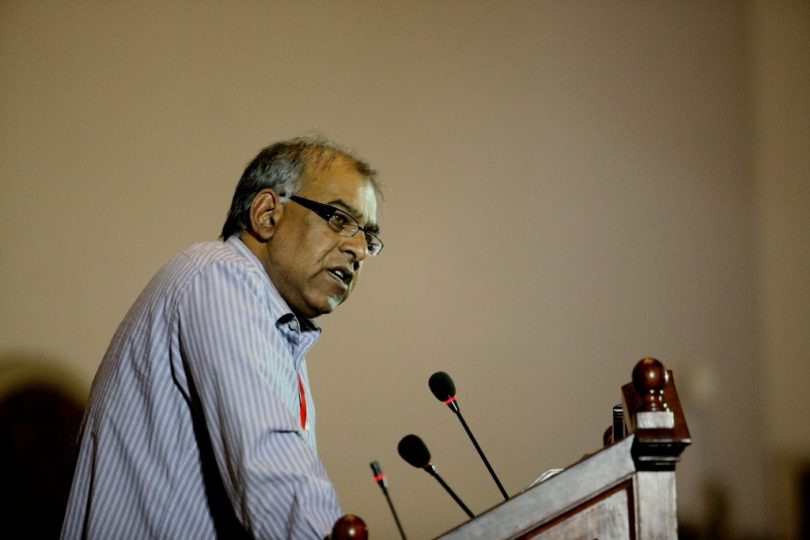 In the small hours of Sunday 14 October, our comrade and friend Javed Iqbal breathed his last at the relatively young age of 57, having suffered from abdominal cancer for over a year. For forty-two of those years, he had fought for the cause of revolutionary socialism.

Javed joined revolutionary politics while still at school, at the tender age of 14, after discussions with comrade Pat Wall in Manchester. (Pat Wall was later elected to the British parliament as a revolutionary Marxist.) In 1981 Javed came to Amsterdam to participate in the founding congress of ‘The Struggle’, organisation set up by Pakistani Marxists in exile during the vicious Zia dictatorship. He remained committed to revolutionary socialism and loyal to the organisation through its most tumultuous and difficult times, and endured long years of social and personal tribulations for espousing this cause.

Javed later returned to Pakistan in 1986 with two other comrades to work clandestinely under the brutal conditions of the bigoted Zia dictatorship to help lay the foundations of a revolutionary organisation inside Pakistan. He suffered great hardship living in one of Lahore’s slum districts and using primitive modes of transport to visit the towns and villages of Pakistan spreading the Marxist ideas and building the revolutionary organisation. He made little complaint about this even though for him these conditions were all the more arduous, given that he was accustomed to the relatively decent infrastructure of Britain in the 1960’s and 70’s (though he missed his pints of beer and the other pleasures of his life in Britain). Once other comrades had arrived in 1987, the work started by Javed and his comrades started to pick up momentum. They had built a considerable nucleus of a Bolshevik organisation. 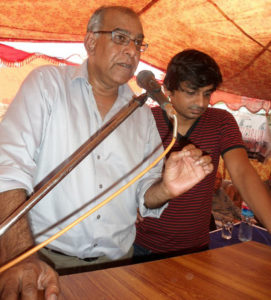 Javed had to return to Britain for personal reasons in 1991, but his commitment and dedication to Marxism never wavered. He gave financial support to the organisation and to solidarity campaigns for the struggles of youth and workers in Pakistan. He became the organiser of the Pakistan Trade Union Defence Campaign (PTUDC) in Britain, and attended trade union conferences to sell the Asian Marxist Review (AMR) and the fortnightly Urdu paper The Struggle. He organised several PTUDC public meetings for visiting Pakistani comrades, and organised protest rallies and other events to raise awareness and solidarity with the workers’ and youth struggles in Pakistan. Javed was deeply irked by the tragedy and trauma of the partition of the Indian subcontinent in 1947. On the 70th anniversary of this partition, he organised a public meeting in Birmingham in June 2017 with comrades from Pakistan and India as the main speakers. They explained in detail the real causes and ramifications of this bloodied event. Its reactionary role that is still bleeding the subcontinent was also elaborated.

Javed was also involved in the British labour movement and had re-joined the Labour Party after the victory of Jeremy Corbyn. However, it was his personal financial contribution and collection of funds to support The Struggle in Pakistan that he always saw as his primary task, and he performed it with sacrifice and passion. He wrote regularly and edited articles for the Asian Marxist Review. One of his most celebrated articles was based on thorough research on the 1946 sailors’ revolt and the mass revolutionary upsurge in the Indian subcontinent entitled “The Great Royal Indian Navy Mutiny of 1946″. In 1988 he also co-authored a book with two other comrades entitled “Pakistan: Socialist Revolution or a Bloody Conflagration”.

We had intense arguments on Marxist theory and heated debates on strategy, tactics and methodology, even during periods of relative inertia in the workers’ movement. But there were also sessions of listening to some of the most beautiful musical classics of south Asia, and discussing literature and culture. The two languages in which Javed was well versed were English and Pahari, his mother tongue spoken in most areas of Pakistani-administered Kashmir. He was compassionate about the plight of the oppressed Kashmiri masses and the struggle for liberation. He was born in Kashmir and often missed his home village Boha on the banks of the Mangla Lake. We had long discussions on Marxism and the national question in reference to the South Asian subcontinent, and he wrote innumerable articles on the Kashmir’s struggle against oppression. 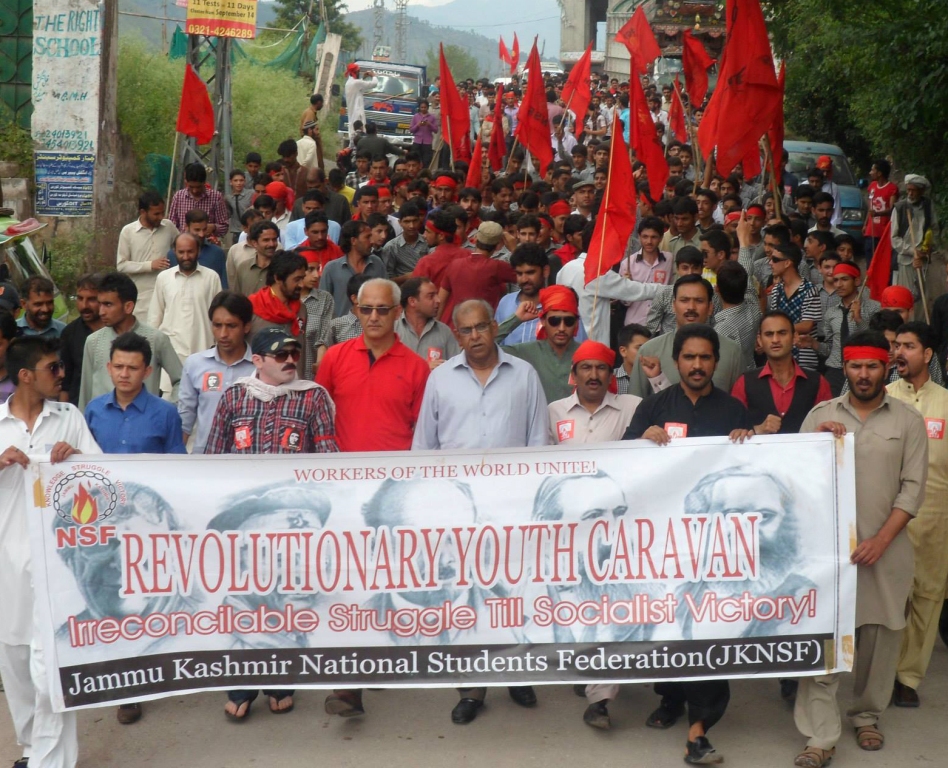 Apart from his intense grasp of Marxism, Javed also had a passion for art, poetry, music and literature. Though his Urdu was very modest, he took pains to read and understand the poetry of Ghalib, Faiz, Sahir and Josh Malihabadi, his favourite poets. He was enchanted by Seraiki poetry in particular, and was deeply inspired by the revolutionary message in the poetry of Mohsin Kaleem, whom he heard recite at The Struggle congresses. He also loved the classical Punjabi poetry of Waris Shah, Mian Mohammad and Baba Bulleh Shah, whose works were in Punjabi but were written in Urdu script. Javed had a treasury of books and musical records and tapes in his home library.

Javed never boasted about his dedication or the sacrifices and pains he had to face in this struggle. He didn’t like to show off, and detested any trace of exhibitionism about one’s ideological commitment and sacrifices. He was a modest but crucial leader in the struggle for revolutionary socialism in the South Asian subcontinent and beyond. He had a remarkable tolerance for those he considered his comrades and his very few close friends. Although he sometimes appeared short-tempered, Javed often tolerated harsh verbal attacks without ever complaining about these excesses. He was always cheerful, frank and deeply sincere in the service of his cause and his comrades.

Javed was also utterly dedicated to his family. He was always welcoming to guests and enjoyed the company of comrades when they visited his house or when he came over to Pakistan. His devotion to his comrades remained till the end. Just forty-eight hours before he passed away, in a phone call to a comrade and personal friend in Lahore who was himself unwell, his concern for others was painfully evident; in a voice that could be clearly recognised as sinking in the throes of death, he begged his friend to get proper treatment and admission to hospital. Such compassion is all too rare.

Javed was a silent soldier of the revolution and remained so till his last breath. His tragic demise has saddened his family, friends and comrades; but he will always be remembered and missed by them. Javed shall live on: not only in our memories, but also in the living struggle for socialist revolution that shall be fought to the finish. 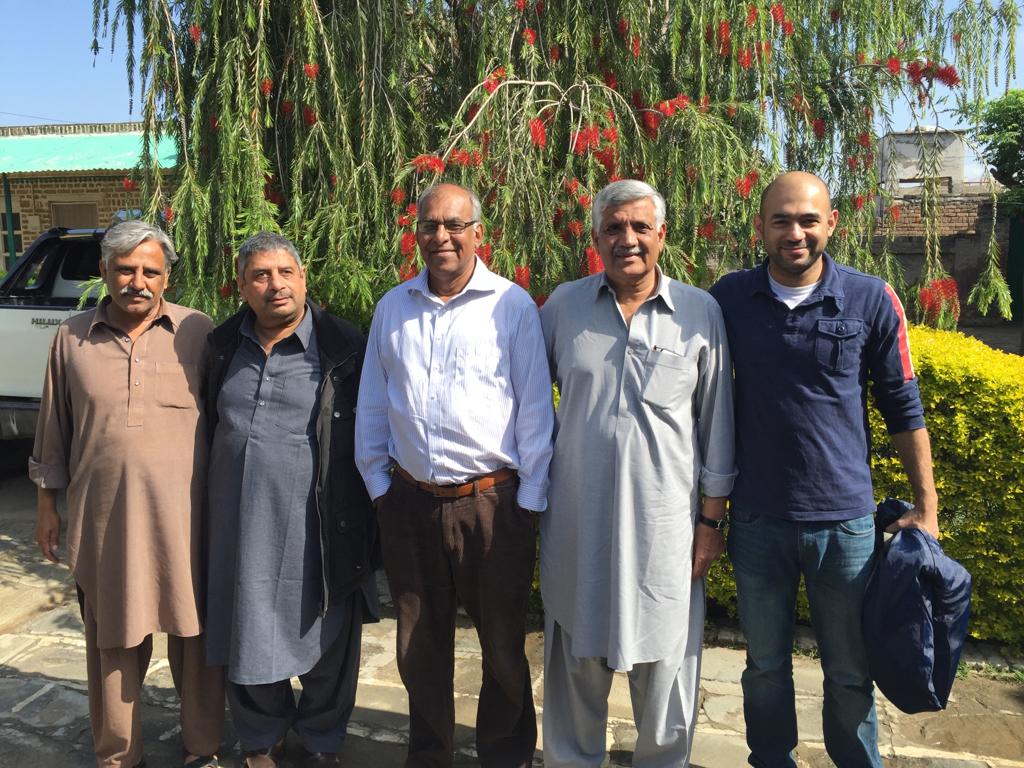 Comrade Javed Iqbal with comrades of The Struggle