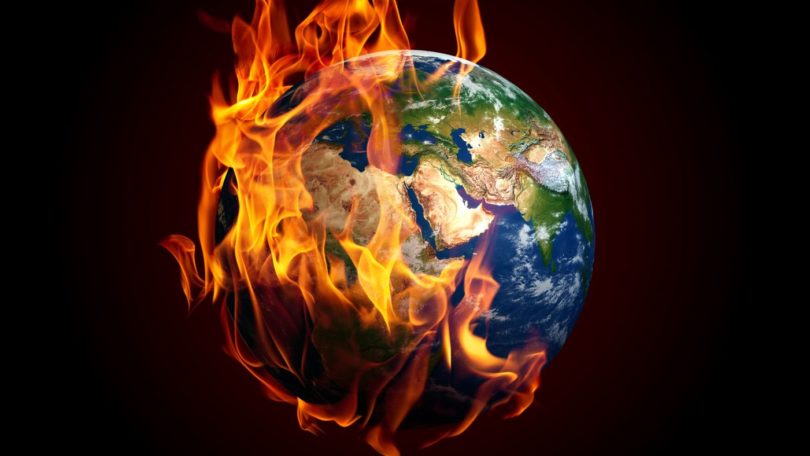 The record temperatures for October and the piling filth and solid waste along with severe water shortages in Karachi, Pakistan’s largest metropolitan centre, is tormenting the city’s life. The impoverished and coerced lives of the metropolitan’s ordinary people are further devastated. This additional calamity has also brutalised the daily woes in lives of the oppressed classes throughout the country. Pakistan is now water and food stressed country with conditions worsening rapidly. The rise in the frequency and intensity of extreme weather patterns leading to erratic monsoon rains cause intense floods and droughts. Declining flows from the Hindu Kush-Karakoram-Himalayan glaciers due to global warming and carbon soot deposits are threatening water inflows into the Indus River System. Despite a ban on plastic bags since 2014 the state has failed to stop a sharp increase in its usage. The Pakistan Environmental Protection Agency found that about 55 billion bags are currently in use and is expected to increase yearly by 15 per cent exacerbating pollution.

However, there is a growing recognition of the very real and immediate threat posed to human civilisation by the looming environmental catastrophe. The threat of environmental ruin has now become as urgent and imminent as the threat of nuclear annihilation or an asteroid collision with earth.

The Intergovernmental Panel on Climate Change (IPCC) under the auspices of the United Nations (UN) issued a bleak report last week on global warming of up to 1.5°C. It confirms that the impacts of anthropogenic climate change are formidable and have been underestimated, both socially and environmentally. The 1°C warming we are already passing through is already causing unprecedented heat waves, hurricanes, flooding, tsunamis, glacier and ice-cap dislocation. Disaster is no longer preventable, but it is still possible to limit it to 1.5°C. According to IPCC the threshold of a “hothouse planet” could even be triggered at 2°C.

The IPCC report estimates that this target of 1.5°C will be extremely challenging, if not impossible, even with the massive use of “negative emission technologies” and geoengineering. The report, therefore, refers to a scenario of “temporary overshoot”, compensated by a cooling in the second half of the century through these technologies. This temporary overshoot could be sufficient to cause the sudden break-up of large parts of the ice caps of Greenland and Antarctica, resulting in a rise of several metres in sea levels.

The scientists warn “every tonne of CO2 emissions counts.” Saving the climate requires that all fossil fuel usage be stopped forthwith. Here the question arises that why then do the official “experts” not count emissions from the production and consumption of useless or harmful things – such as massive weapons and international transport of goods that only serve to maximize the profits of multinationals?

The IPCC’s expertise is vital in assessing climate change damages. But its remedial strategies are biased by the submission of research to the capitalist priorities of profit.

Within the very structure and dynamic of capitalism are the processes that can destroy human society. In its constant drive to expand and accumulate, its insatiable thirst for profit regardless of all other consequences means not just the merciless exploitation of human beings but also the rape and plunder of the earth’s natural resources, for instance through the colossal wastage caused by inbuilt obsolescence and the indiscriminate proliferation of packaging and plastics.

Capitalists with their political and state representatives are in control, hence there is no question for them of leaving fossils in the ground, breaking with neoliberalism, food sovereignty, collective ownership of the energy sector and to plan the fastest possible transition to a 100% renewable energy system. These priorities are the biggest impediments to a truly just transition to recycled energy use to reduce climate destruction. On the contrary, there is a great risk that the highly hypothetical negative emissions technologies will be used as a pretext to further undermine emissions reduction targets.

When experts say, “Every tonne of CO2 not emitted counts” the question arises, who is counting? On the basis of which social and class priorities? In the service of what needs, determined by whom and how? For a quarter of a century now, capitalists and their governments, in defiance of society’s genuine needs, have kept the accounts. The result is: More inequality, exploitation, environmental destruction, land grabbing and appropriation of resources by the rich but with a greater threat to climate than ever. It is high time to change the rules of the game.

A strong global mobilization of masses suffering environmental squalor, trade unions, youth, peasants and movements of the toiling classes is urgent. It is no longer enough to be outraged and putting pressure on decision-makers won’t work. A convergence of programmes and struggles of the oppressed classes to come out in tens of millions, block fossil investments, land grabbing, militarism and are prepared to fight till the end by breaking the capitalist framework. Only the exploited and oppressed are able to provide answers in accordance with the interests of the planet’s vast majority of peoples.

Capitalism even in the advanced capitalist states is in such a crisis that it cannot fight this menace of climate disaster wholeheartedly, as their profits are at stake in this conflict. Pakistan’s capitalism is financially sick and economically so encumbered that it needs tax evasions, plunder of the banks and crushing exploitation of labour sustain its rates of profit. How can this crooked and parasitic elite and their regimes ever cut carbon emissions and take decisive steps to restrict the climate damage to levels necessary to avoid a complete catastrophe, when their already fragile profits get threatened?

This fact alone is enough to prove beyond doubt the historical obsoleteness and inhuman nature of this system. Capitalism poses an existential threat to human survival. The challenge of this epoch is to restore confidence in the ability of the working classes to harness science, industry and technology for the task of saving humanity. This task can only be achieved by establishing a socioeconomic system and state whose sole objective is the protection and emancipation of human life and civilisation – not profit!