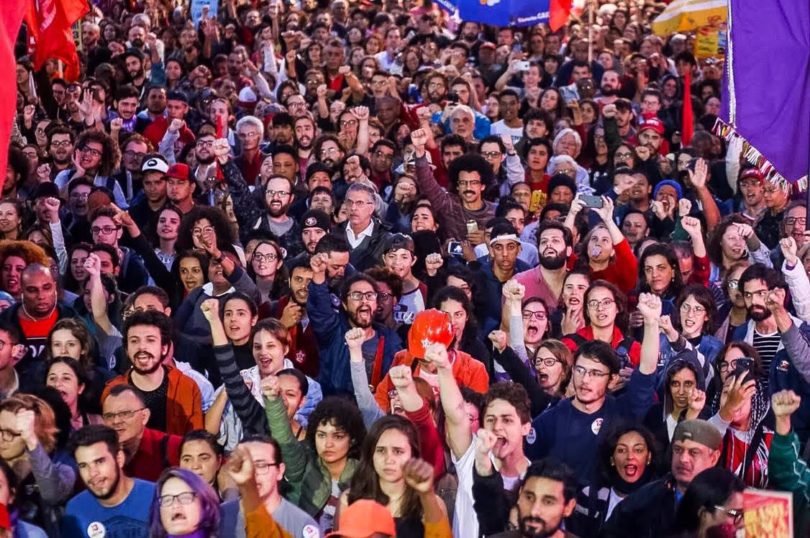 By By José Carlos Miranda(Esquerda, Brazil)

For a margin less than initially expected, Jair Bolsonaro (PSL – Social Liberal Party) won with 55.1% of valid votes. The wave of democracy and rights, which has infected millions of people in Brazil, has reduced the gap. Fernando Haddad (PT), who had obtained 29% of the valid votes in the first round, reached 44.9% in the second. The fierce resistance that sprouted spontaneously in the streets of hundreds of cities, involving students, workers, artists, intellectuals and feminists, made history and gave hope for tomorrow to face and defeat fascism. 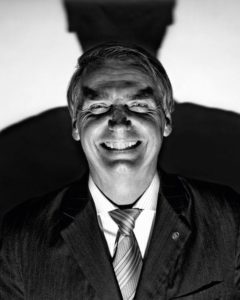 We do not witness a democratic dispute. The dictator’s candidate won an election tainted by Lula’s political impugnation (In the first position in all electoral surveys), criminal use of corporate cash for mass funding of fake news on social networks, undemocratic and partisan action by the electoral courts, and action of major media, big businessmen and evangelical churches with PSL candidate.

Bolsonaro won a major battle at the polls, but the fight did not come to an end. Democratic and social resistance will continue in the streets, in the workplace, in the study and in housing. Let’s build a wall against fascism in every corner of the country.

Be warned: we will not accept the end of democratic guarantees and social and labour rights, starting with the Pension reform announced by General Mourão vice president elected. We will not tolerate any violence and discrimination against women, blacks, LGBTs, indigenous people and immigrants. We will rise against the extermination of the black and poor population of the peripheries. We will rebel against the establishment of an authoritarian and repressive regime. We will defend our natural and cultural patrimony, we will be alongside the indigenous peoples and “quilombolas” (community of slave descendants) unconditionally. The criminalization of social movements will not be accepted: the landless and homeless are not alone. We will close trenches against the persecution on the left and its leaders. We will be attentive to any attempt of censorship in the press, the arts, schools and universities. Tell Bolsonaro and his gang: we will resist and, sooner or later, we will defeat them.

We are many, we are millions. It gained in the population but lost among lower-income workers throughout the Northeast among women, blacks, younger people and LGBTs. That is, in the most exploited and oppressed layers the left and democracy prevailed. 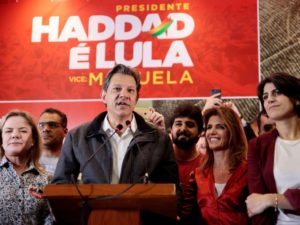 From now on, the Single Front (which must bring together the left.) from the social, trade union, and student movements is the central task to resist and defeat the government of extreme right of Jair Bolsonaro, as well as the construction of democratic unity with all sectors willing to fight unitary against authoritarianism and fascism. The construction of the United Front must be seen in the united women’s movement against Bolsonaro, who took more than 1 million to the streets on September 29, and in the spontaneous street movement carried out by tens of thousands of activists in the second round. This valuable accumulation must be preserved and potentialized.

In democratic resistance, we will also fight for the construction of a new left-wing project that seeks to overcome the serious misunderstandings and limits of the PT, along with PSOL, PCB, MTST, APIB and all sectors willing to build a new socialist perspective in our country.

Certainly, we will face difficult days with the election of Jair Bolsonaro. But we must keep high our heads and morals. The truth is on our side. The rise of neofascism must be answered with the widest unity of the left and the democratic sectors with courage. Let’s unite all “activism”, all movements, collectives and organizations, we go hand in hand with the working and oppressed people. United we will be strong to resist and win!

Jair Bolsonaro and Rights: The Wild Side of Capital

After completing the first round, Bolsonaro achieved a significant 46% of valid votes, obtaining his highest percentage among the wealthiest sections of society. However, to reach this number, his campaign also found an echo among the largest portions of the working class, located in the lower income brackets. This growth among the workers resulted from a campaign strategy that leaves their positions on social and labour rights in the background. Prioritizing issues such as a supposed “communist threat to Brazil” or combating the non-existent “sexualization of children in schools,” Bolsonaro hides that his program actually means a brutal deepening of attacks on those rights.

A Parliamentarian Enemy of the Workers 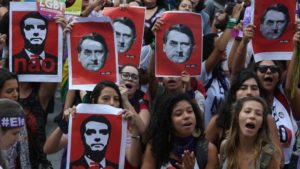 Throughout his mandate as a parliamentarian, Bolsonaro was always consistent in treating social and labour rights: he always voted against the workers and the poorest. In 2013, still in the Dilma (PT) government, he was the only MP to take a stand against the “PEC das Domésticas”, which guaranteed to this professional category all the rights provided for in the CLT(set of laws that regulate labour rights). Already during the Temer government (MDB), the current party of Bolsonaro, PSL, was the most faithful in the votes of the Executive proposals.

The MP himself voted in favour of the EC 95 (Constitutional Law # 95), which froze social investments (health, education, etc.) for 20 years. In the same way, it helped to approve the labour reform that allowed pregnant women to work in unhealthy environments, instituted the intermittent journey, in which the worker stays at the employer’s disposal without being paid, and made the workers’ access difficult to Labour Justice.

This history of votes against the workers is only a small sample of what Bolsonaro intends to do if elected. Its government program is based on the preservation of all the devastation of rights promoted by the Temer government and proposes even tougher attacks on living conditions of the working class. There is, therefore, no prospect of increasing resources for education and health. For the job market, its main proposal is the creation of a green and yellow work portfolio. The worker who opts for such a portfolio will have his employment relationship regulated by an individual contract, and not by the CLT (set of laws that regulate labour rights). In a context of high unemployment, this means giving whitewash to entrepreneurs to ignore the vast majority of the rights and put the workers in an extremely precarious situation. Already in the social security, its objective is to make a reform that institutes a model of “capitalization”. With this, each worker will be linked to an individual account. The principle of solidarity that governs every true welfare system is extinguished and the logic of each one of them is established.

However, enlightening it may be, the program is never able to account for all the initiatives that an eventual government will take. For many, not to write everything that is intended to do is part of the electoral calculation itself.  For this reason, it is also essential to be attentive to the statements of the candidates and their main advisors. In this sense, Bolsonaro has not only reaffirmed everything his program predicts (“Better to have fewer rights and jobs than to have all rights and unemployment”), as he advocates even more drastic attacks. There are declarations of his, for example in which he maintains that the rural workers should not enjoy the same time of rest that the others. Another point defended by him is the easing of punishments imposed on employers who use work analogous to slavery. Also, in the pension plan, his statements advance in relation to the program presented: his perspective is one of the continuous raising of the minimum age for the retirement. His closest associates are moving in the same direction.  Paulo Guedes, already indicated for a possible Ministry of Economy, proposed the adoption of a single rate of Income Tax, which would tax the large millionaires and ordinary workers at same proportion. Already the vice-presidential candidate, General Hamilton Mourão, makes an open campaign for the revocation of the 13th salary, considered by him a “backpack of the entrepreneurs”.

Defeat the Wild Side of the Capital

Considering these elements, there is no doubt that Bolsonaro’s candidacy offers an alternative to the bourgeoisie that, in the first round, bet predominantly on Alckmin (PSDB until today was the major bourgeois party). Its history, program, and statements indicate a clear commitment to brutal attacks on social and labour rights. His perspective is that of overcoming the economic crisis through the absolute precariousness of working-class living conditions. It is the wild side of capitalism.  It is important to emphasize that this savagery tends to reach more strongly the oppressed sectors of society, oppressed by society, such as women, blacks and LGBTs. They are those who receive the lowest salaries, face greater precariousness and form the largest contingent of the unemployed. This situation becomes even more dramatic since Bolsonaro also spreads hatred specifically directed against these groups and attacks the rights already hard-won by their struggles.  This perspective must be defeated in the polls and on the streets. Therefore, we argue that the second round must be marked by a strong militant campaign capable of putting in motion all the oppressed and exploited. Despite having deep differences with the PT, we know that it is Haddad’s candidacy that can, at that moment, catalyse this mobilization and lead Bolsonaro to defeat.

The later portion of the article was written before the second round of elections, on October 13, 2018