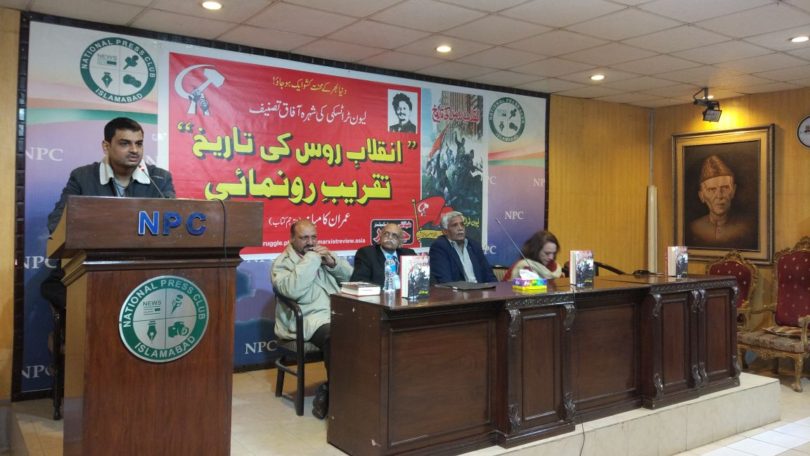 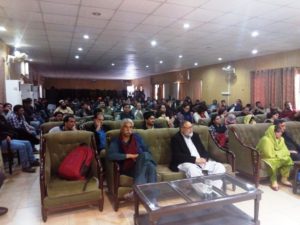 In commemoration of hundred years of the Russian Revolution, on 10th December 2017, The Struggle Publications inaugurated Urdu translation of Leon Trotsky’s masterpiece “History of Russian Revolution” at Islamabad press club. The event started at 2 pm, in which all the comrades of North Punjab region participated along with lawyers, journalists and Workers from PIMS Nursing Association, OGDCL, Wapda Hydro Union, PIA, Railways and APCA. A large number of students from different istitutions especially from QAU, who recently fought a battle against the administration over the fee hikes and won it, participated as well. More than 200 comrades, contacts, Workers, Sympathisers and Youth participated in the event. The Struggle Publications has also organised a book stall and sold 25 copies of the book, other books and paper were sold as well. 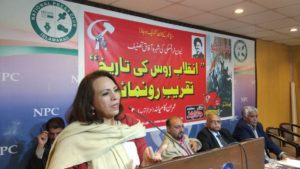 Speakers analysed the situation of pre-revolutionary Russia and today’s Pakistan. In this advanced discussion, speakers tried to explore how revolutionary leadership, The Bolsheviks, developed the workers control solely on the basis of Marxist philosophy and principles. Since the dawn of modern history, for the first time, mankind history witnessed the rule of the opressed majority of the society on the basis of Revolutionary Socialism. The Marxist philosophy successfully implemented in Russia during and after October revolution and established the fact that this is the only way which has the potential of solving all the problems faced by modern human civilization. One of the chief architects of Russian Revolution Leon Trotsky in this book “History of Russian Revolution” explains every aspect that could arise during 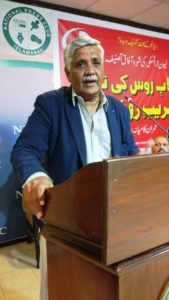 the insurection, this book is an absolute formula of Russian Revolution. It has many things for the Revolutionaries to be learned, this teaches us the art of revolution. Even after the betrayal of Stalinist bureaucracy Trotsky as a genuine Marxist fought his whole life in the defence of Revolution and Marxism.

In summing up the discussion Dr Lal Khan said the Russian Revolution had changed the fate of labourers, farmers and those living in poverty and given them the opportunity to change their lives. The real purpose of publishing this book is to equip the future generations with ideas of revolutionary Socialism and provide them a revolutionary roadmap through which they shall lead the revolution and eradicate this greedy inhuman capitalist system. 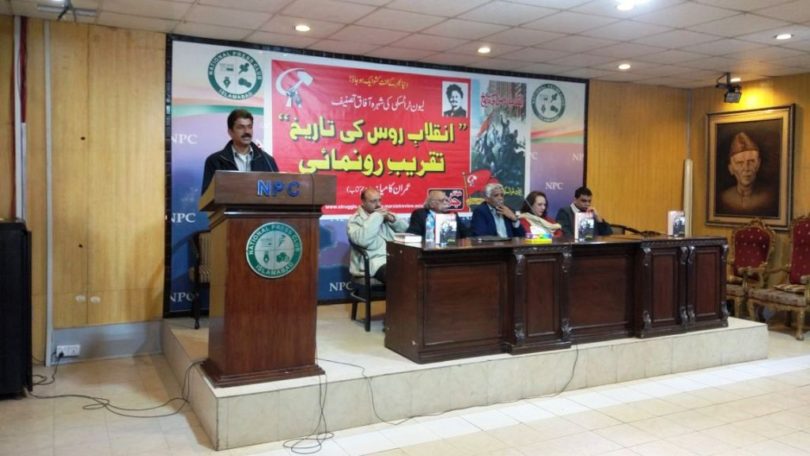 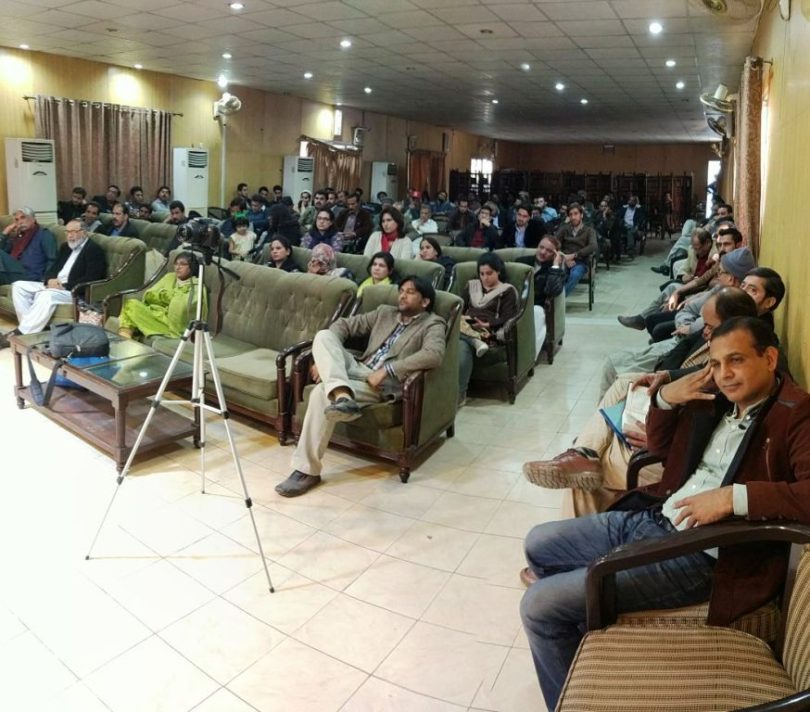 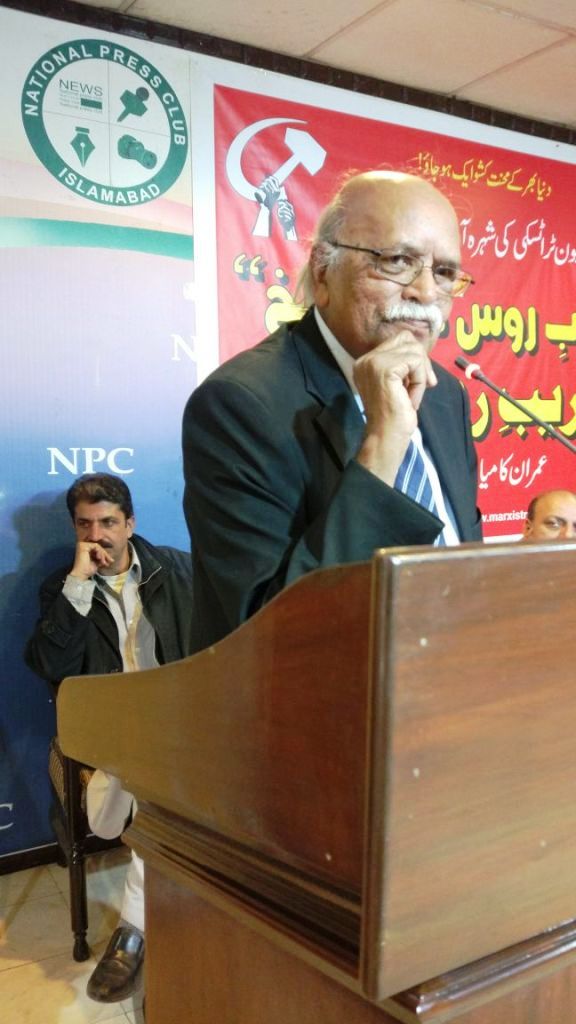 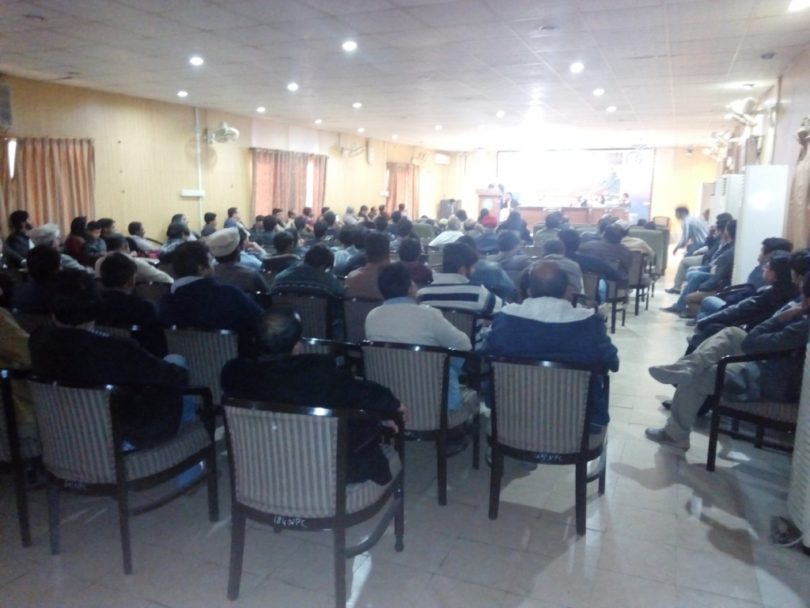 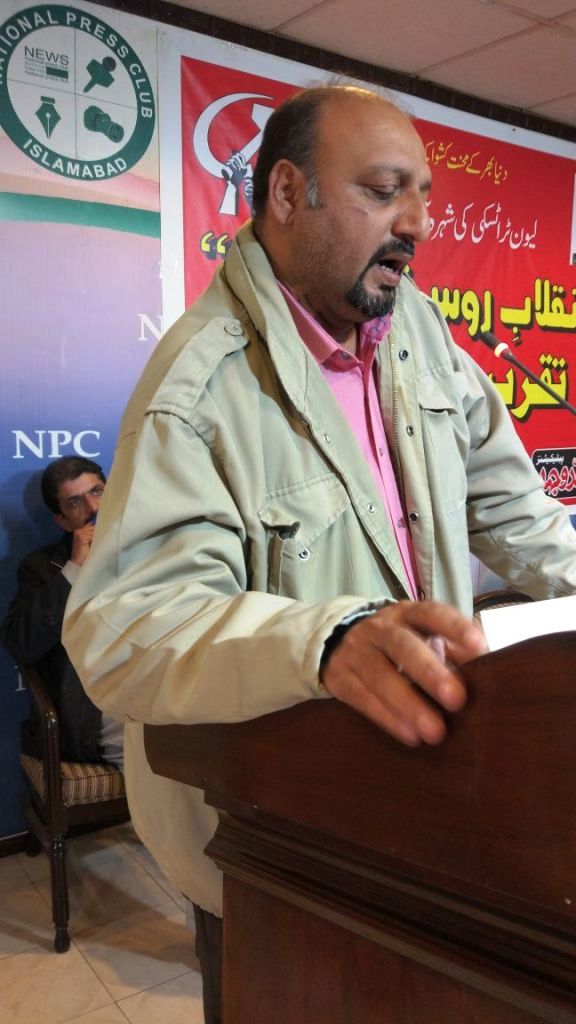 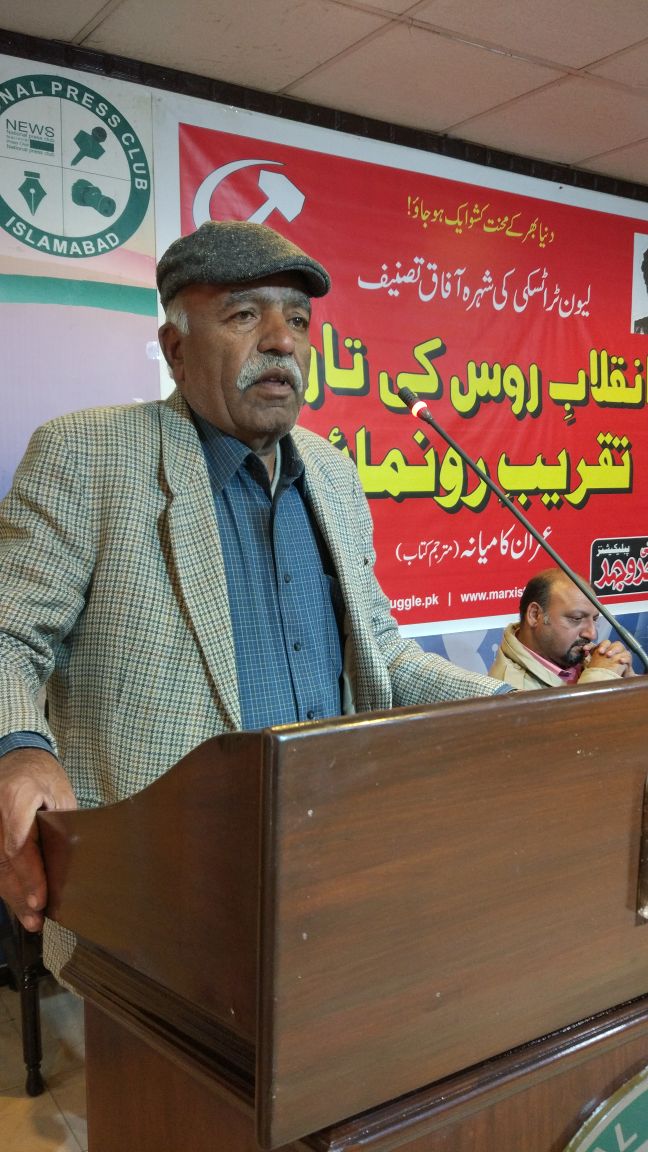 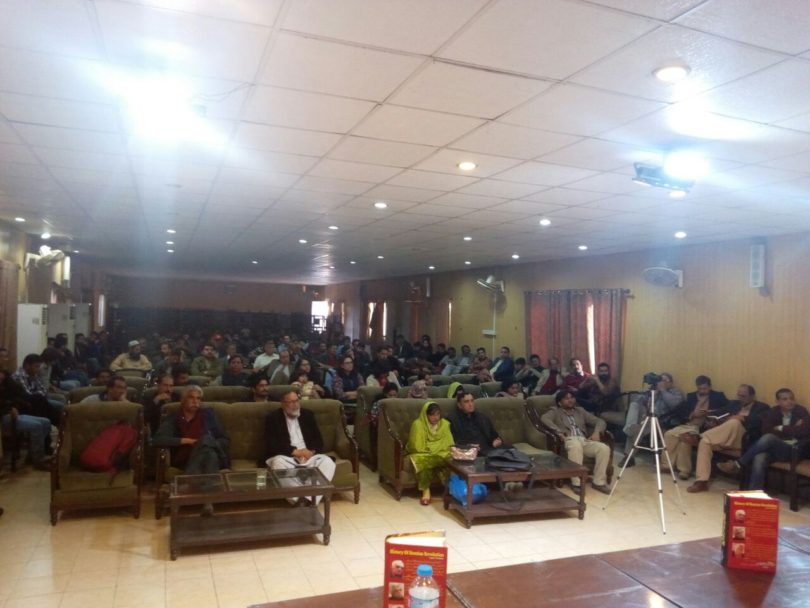 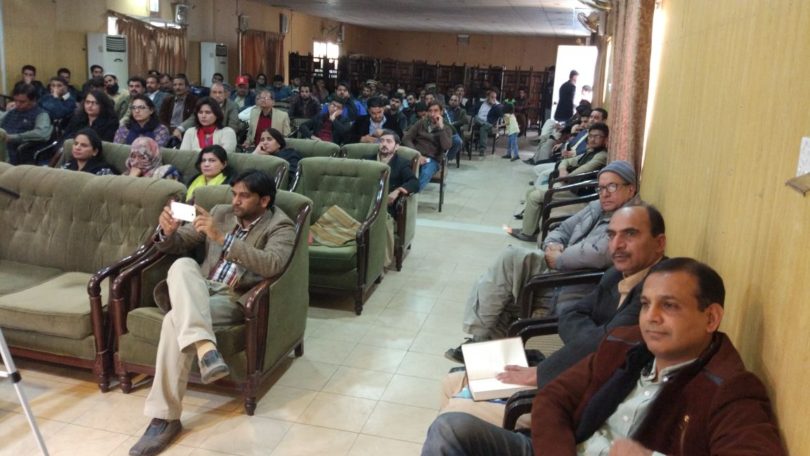 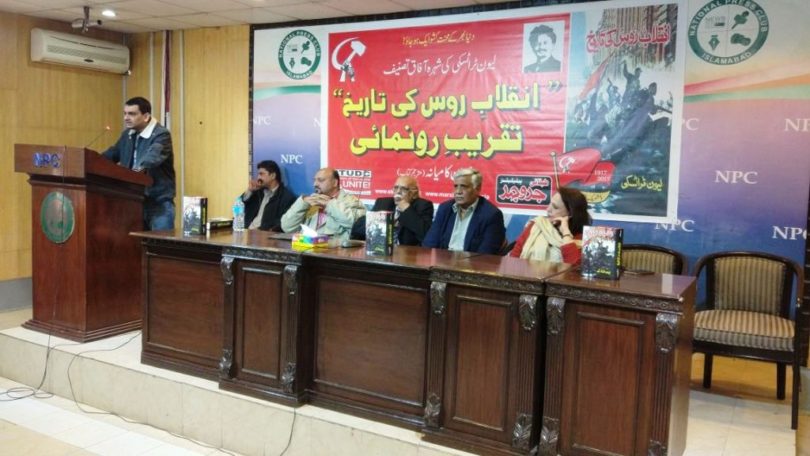 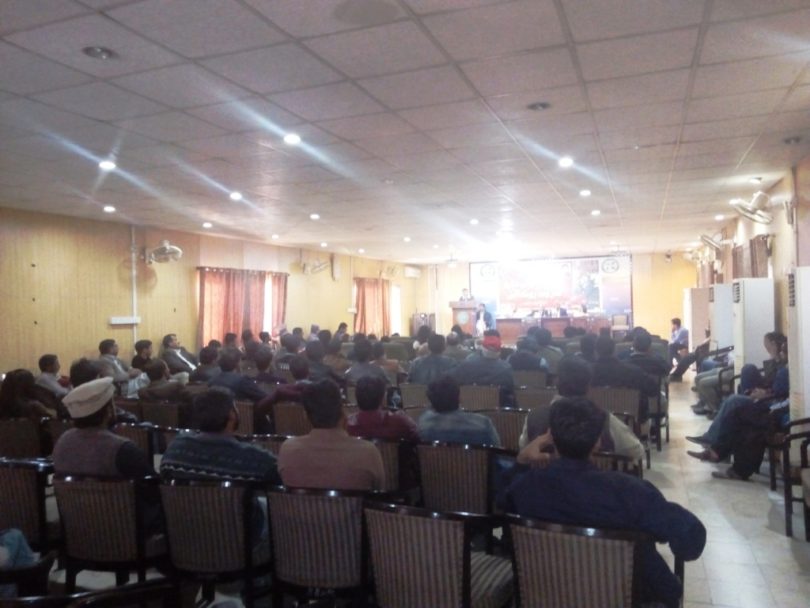