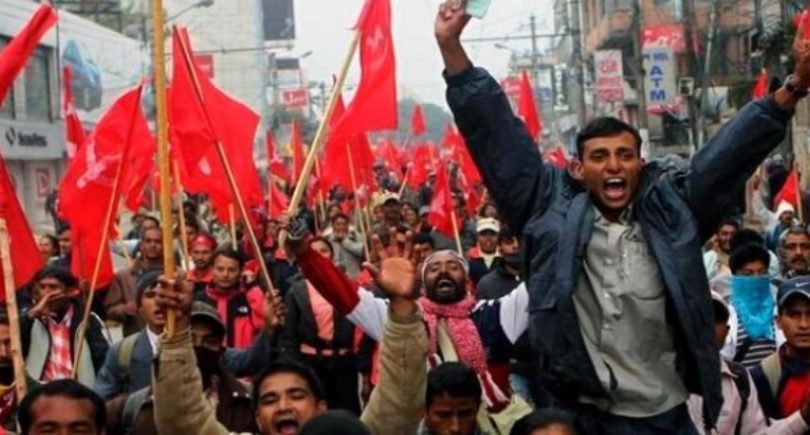 Nepal, a tiny Himalayan state and one of the world’s poorest countries, has attained an increased relevance in the last few decades. It’s mainly due to the geographical importance, being sandwiched between the two Asian giants, China and India. The final results of last week’s election are coming in and they show a landslide victory for Nepal’s ‘Communist’ alliance. These were the first parliamentary elections since the adoption of the new Republican Constitution in 2015.

The Communist Party of Nepal-Unified Marxist Leninist (CPN-UML) and the Nepal Communist Party-Maoist Centre having stitched up an alliance. The United Marxist Leninist (UML) communist party won 80 seats in a federal Parliament of 275 members (165 from direct contests and 110 from proportional representation). The Maoists have won 36 seats. The Nepali Congress with Sher Bahadur Deuba as its leader had a disastrous result with only 23 seats.

Nepal’s Hindu theocratic monarchy had started to crumble after the mass uprising of 2006 when it had to give way to a pseudo-democratic parliamentary government. Two years later, Nepal officially abolished the centuries-old monarchy and adopted a federal parliamentary system of rulership. But instability and crisis were unrelenting. The rotten Nepalese capitalism could bring no development or prosperity to alleviate poverty and improve living conditions of the oppressed classes of the country.

Nepal has had 10 prime ministers in the past 11 years. The political instability has been blamed for slow progress in Nepal, and the UN estimates that 40% of Nepalis’ live in absolute poverty. Food insecurity, poor housing, low soil quality, low literacy rates, natural disasters and ethnic discrimination plague the Nepalese people.

Though subsistence farming is the main way of life, most of the population lives in the rural, mountainous region where the rocky terrain and arid soil make agriculture difficult. Many voters said they were eager for help in pressing the government to reconstruct hundreds of thousands of homes toppled in the devastating 2015 earthquake that killed 9,000 people. So far, less than 4 percent have been rebuilt. 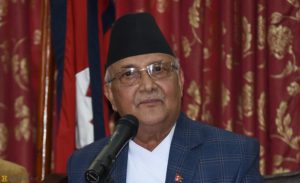 Asian rivals, India and China, have been shadowboxing in Nepal and are following the outcome of the polls closely. The Communist Alliance’s new prime minister in power, K.P. Oli, has had fraught relations with India. The Indian regime distrusts him for forging close links with China. India had backed the Nepalese Congress in these elections. An Oli government will tilt heavily towards China.

Nepal will be the newest participant in China’s policy of strategic and economic expansionism, with the Maldives and Sri Lanka already providing major docking facilities for Chinese ships in the Indian Ocean and part of China’s maritime silk route. Now Nepal seems likely to become a part of Xi Jinping’s ambitious ‘One Belt-One Road’ (OBOR) project.

Oli’s re-election will be seen as a setback for India’s Nepal policy. In his last stint in power as a Prime Minister in October 2015, Oli decided to diversify Nepal’s dependence on Indian fuel, medicines and other commodities by signing an agreement to purchase one-third of this land-locked country’s petroleum needs from China. Oli had led the protests against the Indian blockade. India had criticised Oli and has also backed the Maoists led by Prachanda not long ago. Now the pro- India Nepali Congress has been routed in these elections. On the eve of this election, India tried to make-up with Oli as after UML’s power-sharing agreement with Prachanda—writing was on the wall.

Indian Prime Minister Narendra Modi’s much-lauded foreign policy of “neighbourhood first” seems to have hit the Great Wall of China. Oli’s previous ties with India had rapidly deteriorated, as the Indian-backed Madhesi parties were hostile to Oli’s party and regime. As Prime Minister Oli publicly declared that India’s blockade of Nepal was wreaking havoc in the aftermath of the earthquake’s devastation.

But the harsh reality is that land-locked Nepal is completely dependent on India for both its petroleum products as well as other essentials. Their bitter falling out hit the ordinary Nepalese most and the masses had to pay a heavy price for these sanctions. Oli turned to China for help and Beijing gladly obliged. But even after the agitation and blockade was over, Oli continued to play the China card. Kathmandu uses the same trick as most of India’s neighbours, using Beijing to fend off Delhi.

The Nepalese monarchy also had a tradition of balancing India’s extensive hold on political parties by turning to China. A month after the Indian blockade was lifted, in March 2016, Oli visited China and signed a commercial agreement for the alternative supply of petroleum products. It was Delhi’s unease with Oli’s pro-China stand that had led to the covert operation to dislodge him through the Nepali Congress’ leader Sher Bahadur Deuba. As is usual with bourgeois diplomacy, India denied any interference, saying the election was entirely a Nepali domestic issue.

Now with Oli coming to power with a strong majority, China will spread its wings further into India’s backyard. India’s commercial and cultural presence in Nepal is overwhelming. Nepal has an easy road and land access for the New Delhi bosses, to assert their influence and hegemony in this tiny Himalayan country. India and Nepal have an open border and thousands of Nepalese live and work across India, especially in the eastern and northern Indian states. This has always been a major factor in the ties between the two countries. Strains in India-Nepal relations could adversely affect the livelihood of thousands of Nepali workers and remittances to their families that flow in from India could dry up.

While China’s investment penetration and diplomacy is a potent tool, geography also plays an important role. The China-Nepal border covers difficult mountainous terrain. Even the petroleum agreement signed with China during Oli’s previous term in office would not be easy to work out. Poor connectivity and high costs of transportation through the rough Himalayan terrain would increase costs exponentially. As with petroleum products, all other imports from China will have to come through the Himalayan gorges. No leader of Nepal in the present setup, with its poverty and decayed capitalist system, can defy India’s imperialist hegemony within this system. Hence, even this ‘communist’ alliance government will be forced to continue the policy of playing a balancing act between the two Asian powers.

The former armed rebels now in the Communist Party of Nepal (Maoist Center), who fought the state between 1996 and 2006, have not embarked on a revolutionary policy of overthrowing capitalism in Nepal.  After a long guerrilla struggle and acts of individual terrorism, they ended up in a rotten compromise with the capitalist Nepalese state, when they entered a UN-monitored peace deal accepting the status quo. The Maoists even went to the extent of forming an alliance with the Nepali bourgeois’ party, the Nepali Congress, after their ‘surrender’. Pushpa Kamal Dahal, known as Prachanda, the Maoist ‘doctrinaire’ and leader of the guerrilla insurgency, became Prime Minister of Nepal from 2008 to 2009 and again from 2016 to 2017 becoming a part of the coercive capitalist state. It is unsurprising, as history has witnessed before, that ultra-leftist adventurists are prone to turn into the worst forms of opportunism.

Neither is Oli’s UML party a genuine ‘communist’ party. It is more of a social-democratic party and its policies openly embrace capitalism. This is not a surprise – after all, the Indian ‘communist’ parties have been doing the same thing for generations.

The UML-Maoist coalition has vowed to work for good relations with both India and China, but it’s a utopian dream. China and India will continue their proxy conflicts for their hegemonic designs over poor Nepal. This ‘communist’ coalition, at the most, might try to enact some reforms to improve the lot of the Nepalese people. But with the debilitated and rotten condition of Nepal’s capitalism, there is no room for such reforms that could raise the living conditions of the Nepali working classes and the end the misery of the oppressed masses.

A revolutionary overthrow of Nepal’s exploitative and oppressive system would invite the wrath of both India’s and China’s ruling elites who would try to crush such a state basing itself on a socialist socio-economic system. But such a change would act as a spark that shall have revolutionary implications throughout the subcontinent, despite Nepal’s meagre population and territory.