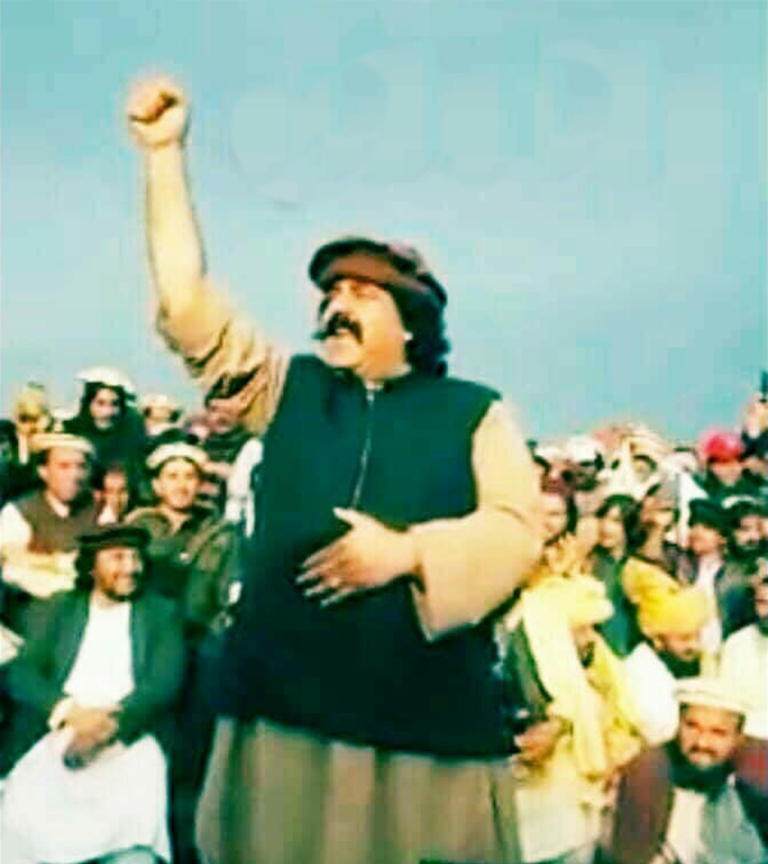 On May 26, 2019 a peaceful procession in the Waziristan region led by Ali Wazir and Mohsin Dawar, both Members of National Assembly (MNAs), was fired upon by army men, leaving at least 13 dead and over forty injured.

Ali Wazir and Mohsin Dawar were elected as Members of the National Assembly (MNA) in the general elections held in 2018. They are also leaders of the Pashtun Defence Movement/Pashtun Tahfuz Movement (PTM), a mass social movement that emerged two years ago.

The PTM demands an end to military operations in the region bordering Afghanistan. This region is inhabited by ethnic Pashtuns. Their demands have brought them in conflict with the country’s powerful military. For the last two months, the military spokesperson has been passing threats to the PTM. Besides, the media were publicly advised by the military not to give any coverage to the PTM.

These threats and media blackout translated into a tragic reality on May 26. On the one hand, the peaceful procession was fired upon. On the other, media unanimously reported that the PTM activists led by Ali Wazir and Mohsin Dawar attacked a military check post and ensuing violence claimed the lives of three protestors besides injuring three soldiers.

Ironically, video footages —filmed through mobile phones—have emerged. These videos clearly show that Ali Wazir and Mohsin Dawar were fired upon from behind. While people were falling to bullets, Ali Wazir, instead of running to safety, went back to help an injured comrade. As he approached his comrade, near the checkpost, he was arrested by the military.

The next day, he was produced before the Anti-Terrorism-Court and remanded for eight days. Meantime, the entire opposition in the Parliament has demanded his release. He suffers from diabetes and high blood pressure.

There have been unconfirmed allegations of torture as well. In the event, even if he is released for now, his life remains threatened. Like the rest of the PTM leadership, he has been subjected to a vicious hate propaganda. He is being portrayed by the mainstream media and the military as a foreign agent, a traitor, and a terrorist.

Fact of the matter is, the PTM staunchly believes in non-violence while 16 members of Ali Wazir’s family, including his siblings and father, were assassinated by the Taliban owing to his family’s opposition to the Taliban. He emerged as a symbol of anti-Taliban struggle before the rise of the PTM.

We urge you to sign this petition for these democratic demands:

Ricardo Acuña and Marcela Miño, Board of Directors of the CTA Autónoma of San Migue, Argentina

Rocío Agüero, delegate of the Sports Department of the UNLA, Argentina

Yamile Almeida, ATE Ministry of Social Development of the Province of Buenos Aires Local Board, Argentina

Martín Álvarez, Board of Directors of SUTEP, Union of Workers of Public Spectacles, Córdoba, Argentina

Dianne Feeley, editor of the magazine Against the Current, USA

Lucía Helín, Board of Directors of AGD (university teachers) Philosophy and Letters, Argentina

Pierre Khalfa, Member of the Copernic Fondation and of the Scientic Council of Attac, France

Andrea Lanzette, Community Board of Director of CTA Autónoma and Congress Delegate of SUTEBA Lanús, Argentina

Marie Lassen, Member of the Leasership of the Red-Green Alliance, Denmark

Norma Lezana, General Secretary of the Association of Professionals and Technicians of the Garrahan Hospital, Argentina

Carlos Loza, Survivor of the clandestine detention center ESMA (School of Mechanics of the Navy), Argentina

Nicolás McNamara, Secretary of Youth of the CTA Autónoma of Santa Cruz and President of the Student Center of UNPA, Argentina

Nahuel Orellana, Board of Directors of CTA Autónoma of Lomas de Zamora, Argentina

Victor Ottoboni, Secretary of minutes and press of the Union of Tire Workers of Argentina

Emilio Poliak, Secretary of Organization of the CTA Autónoma of Santa Cruz, Argentina

Julia Saavedra, Board of Directors of AEJBA (Judicial CABA, Argentina

Achin Vanaik, Retired Professor of International Relations and Global Politics, former Head of the Department of Political Science and former Dean of the Faculty of Social Sciences, University of Delhi, India

and hundreds of other signatures..