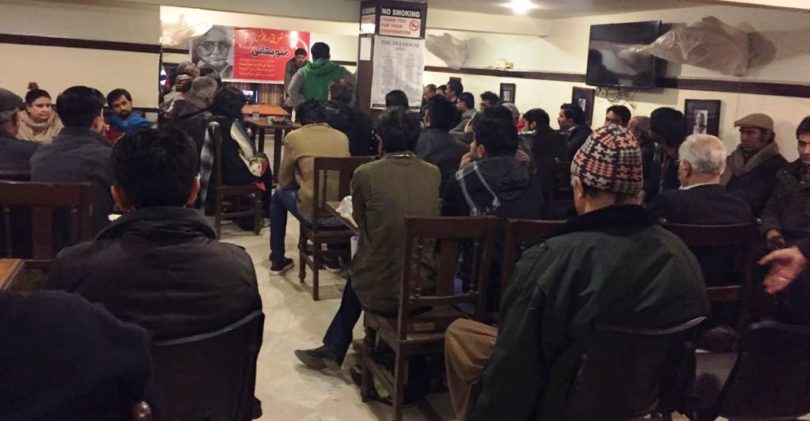 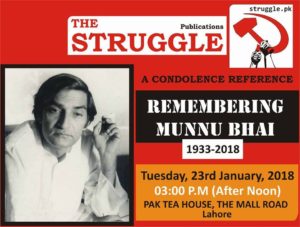 On 23rd January 2018, the condolence reference of Muneer Ahmad Qureshi, popularly known by his pen name Munnoo Bhai, held at Pak-Tea House, Lahore by “The Struggle”. Despite the harsh weather conditions and rain, more than hundred participants, including women, students, journalists, writers, poets and workers joined the event. The Hall was full up with the Comrades, which came in the incredible affection with Comrade Munnoo Bhai, even the people were standing in pathways and stairs of the building, with their memories of Comrade Munnoo Bhai. One minute silence was observed by the audience before the beginning of memorial references, stage duties were conducted by Awais Qarni. 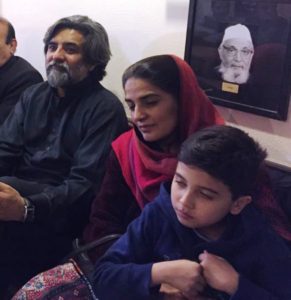 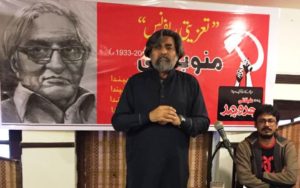 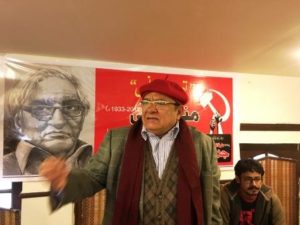 Imtiaz Alam, the president of SAFMA, came to the stage and spoke about Munnoo Bhai, his life, ideas and his struggle. He also shared his time spent with Munnoo Bhai, during the struggle. Munnoo Bhai pen down the pain of the oppressed people because he, himself, went through this, he said. 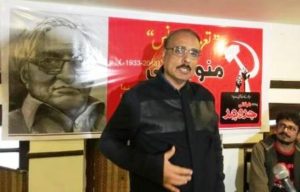 Farrukh Sohail Goaindi, the Progressive writer and Journalist, shared his beautiful memories with Munnoo Bhai, how he met him, how Munnoo Bhai influenced his thinking. He also shared a lot of joyful events and jokes he used to crack with Munnoo Bhai. He said,”Munnoo Bhai was a loving human being and he was a true comrade, who voiced every unjust committed against the oppressed people and working class”.He also said that he would publish a new book on Munnoo Bhai. 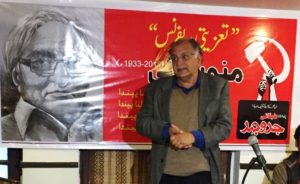 Farooq Tariq, the well-known Labour leader, also shared his views about Munnoo Bhai. He said,”Munnoo Bhai was the person, who introduced the left-wing ideology of socialism in the Press. Munnoo Bhai spread Marxism through his Pen and highlighted the revolutionary Marxists in the Bourgeoisie press. 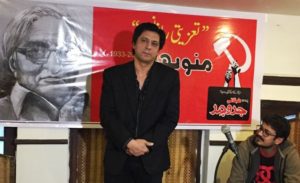 Jawad Ahmad, a well known revolutionary musician and a Marxist, shared his experience when he first time met Munnoo Bhai at Dr. Lal Khan’s residence and later in “The Struggle’s” annual congresses. He said,”Munnoo Bhai’s role, in spreading the ideas of revolutionary Marxism, is undeniable. Now, it’s our task to spread those writings of Munnoo Bhai.” 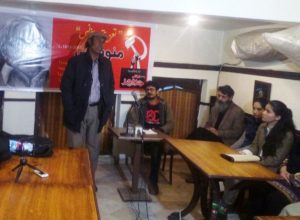 Abid Hussain Abid, President Progressive Writers’ Association said,”Munnoo Bhai and other progressive writers and poet are not dead, the people like him, made themselves immortal by their work”. “Munnoo Bhai knows very well how to respect the seniors and love the Juniors, how to learn and how to teach” he added. 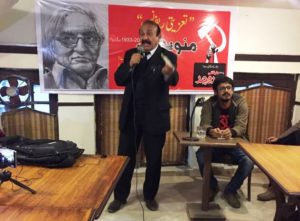 Ilyas Khan, Leader of PTUDC Lahore, expressed his meetings with Munnoo Bhai in “The Struggle’s”congresses. He said,”Munnoo Bhai’s relation with Pakistan Peoples Party (PPP) was arelation with the founding document of PPP, which is socialism. Munnoo Bhai was a Socialist till his last breath. 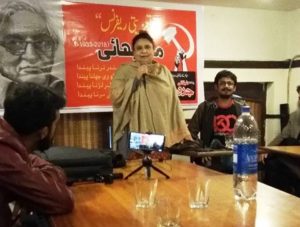 Sajida Mir, Incharge of Women wing of PPP-Workers, described her experience and love with Munnoo Bhai when, in the 90’s evenings, Munnoo Bhai and Javed Shaheen used to come to the Lal Khan’s house. “He used to argue with me on the political matters of PPP and adviced me to always remember the workers’ power” she added. 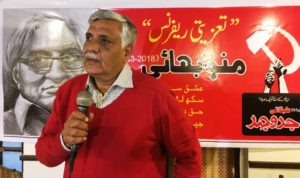 Dr Lal Khan, Editor Asian Marxist Review and life-long Friend of Munnoo Bhai, said,”I have so many things, stories, jokes, debates to share here, but I can’t express what relation I had with Munnoo Bhai, He was a Friend, a Comrade, a Teacher, a Father, a Brother and above all an inspiration for me.”He convinced me to write and write more, spread the alternate point of view of this society, tell them it can be transformed to a classless society,” he added.

Munnoo Bhai was a revolutionary, a Socialist, a Marxist. Munnoo Bhai done his work and left us with a great challenge to spread revolutionary Marxism to masses, proletariats, peasants, studnets, men and women and oragnise them in a revolutionary party  and put all the misery of this capitalism to the end.

The enthusiastic audience left the hall with revolutionary spirit, to carry on the mission of Munnoo Bhai! 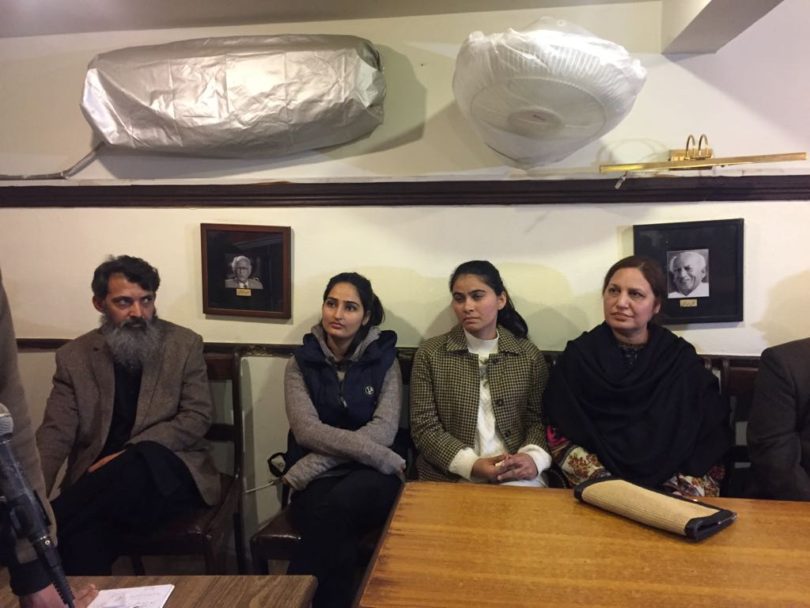 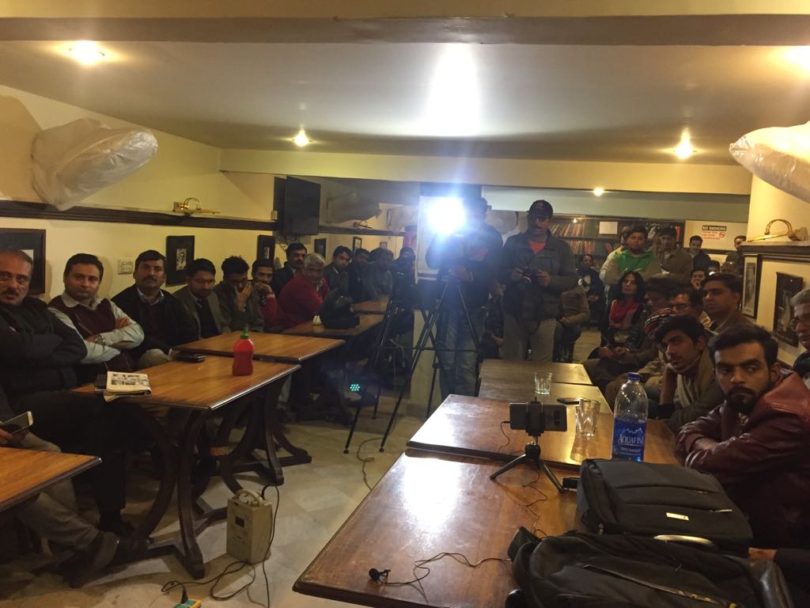 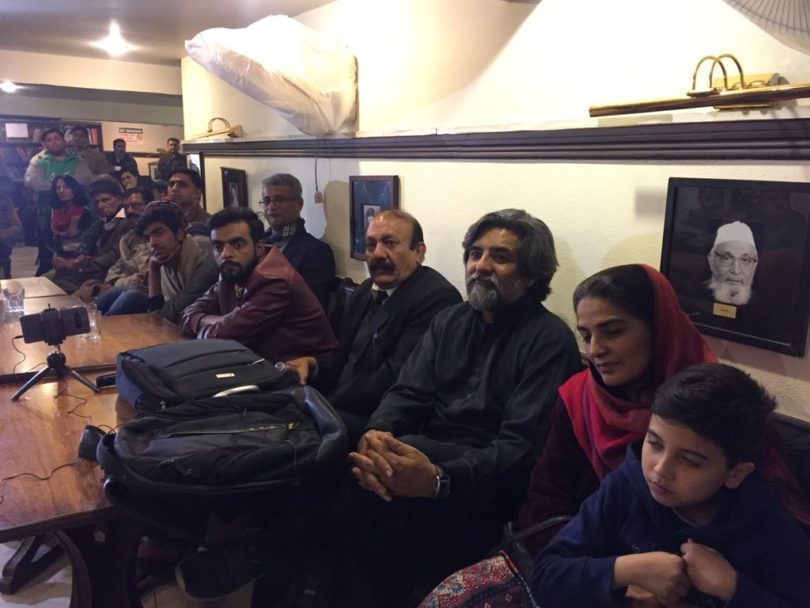 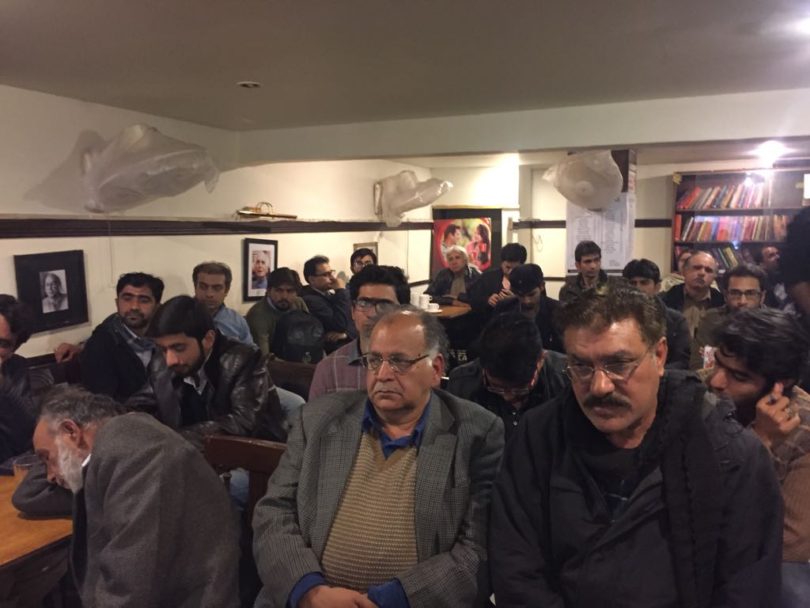 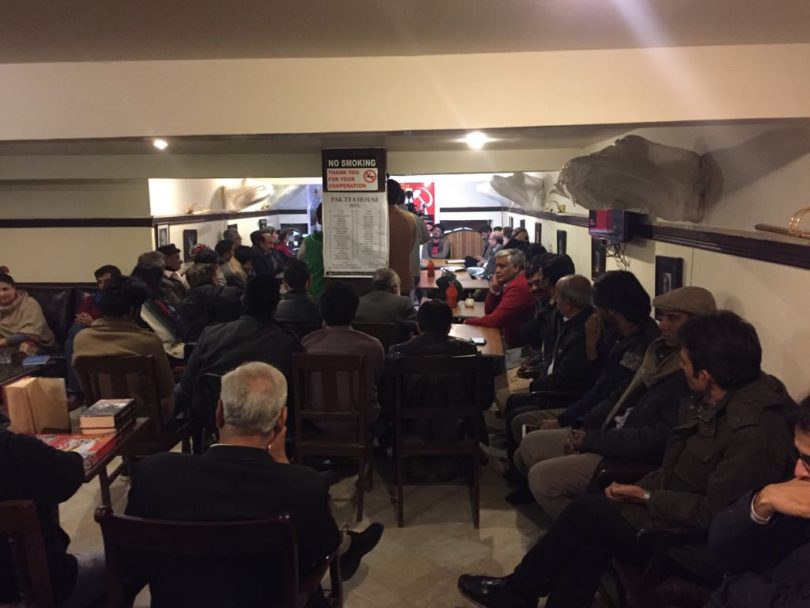 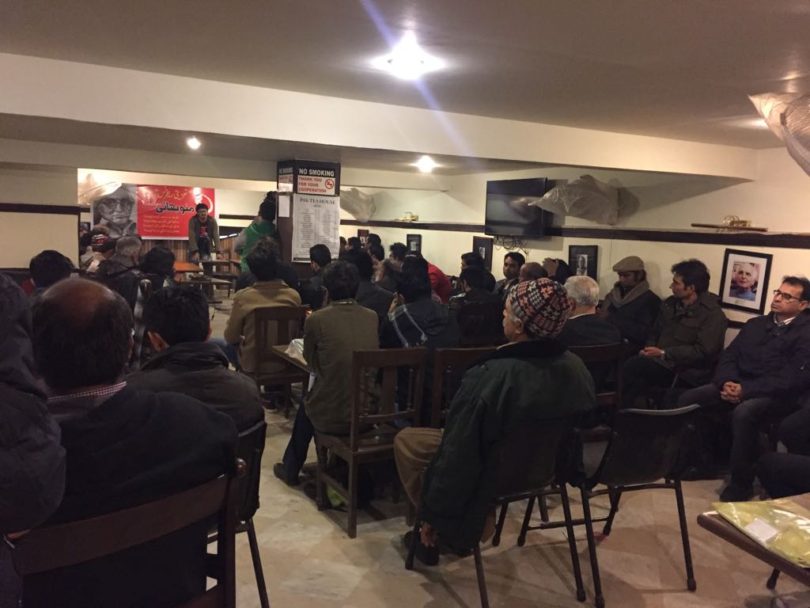 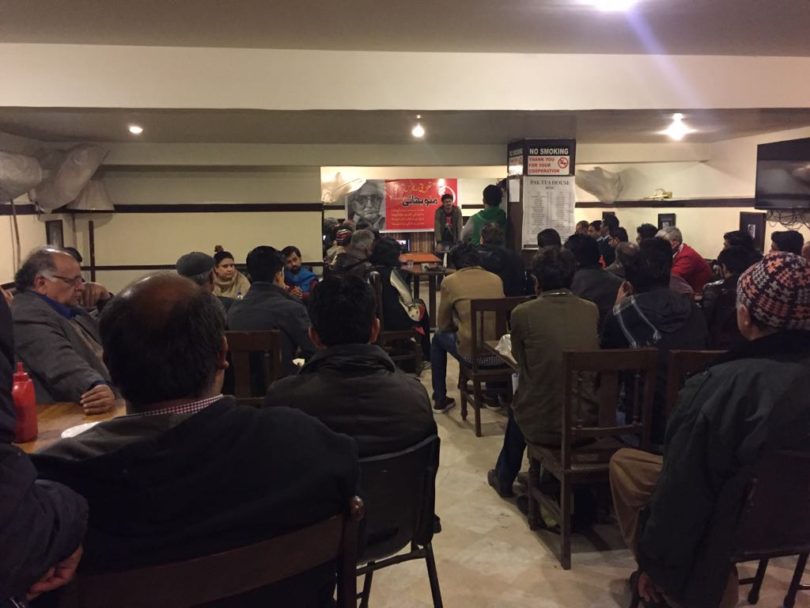 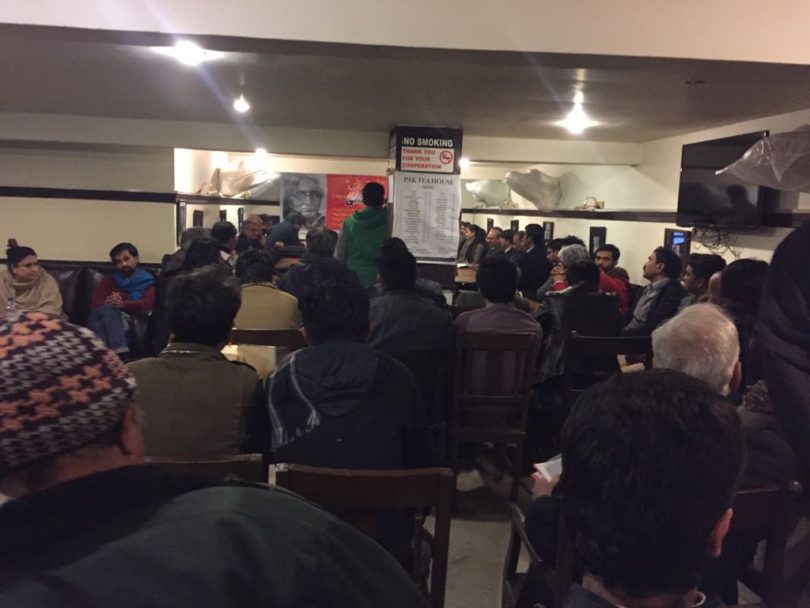 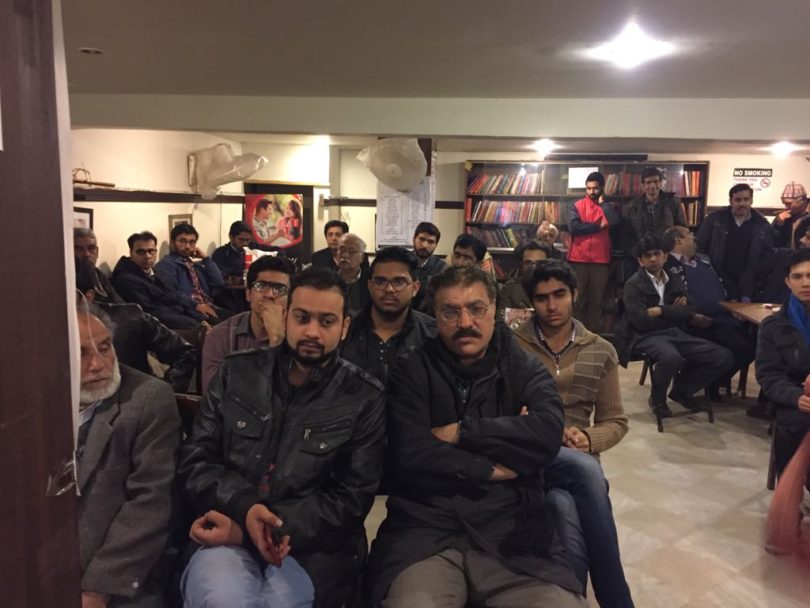 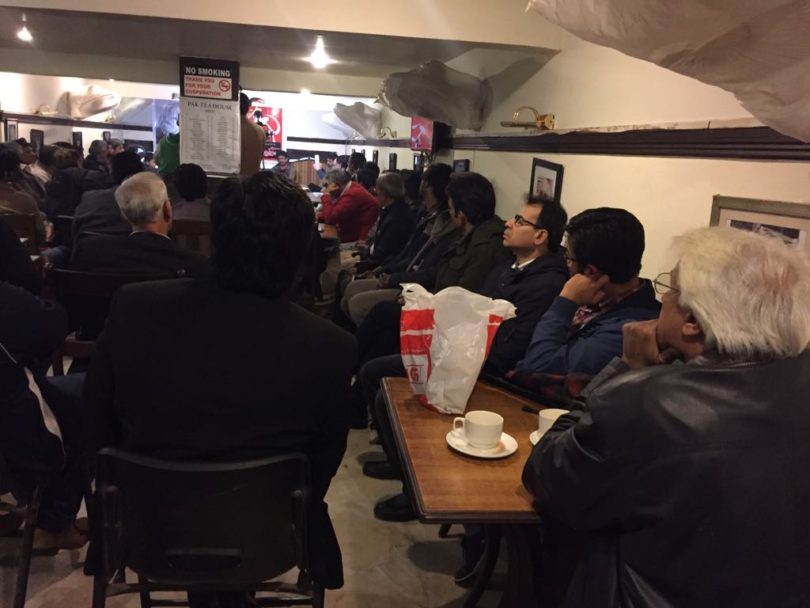 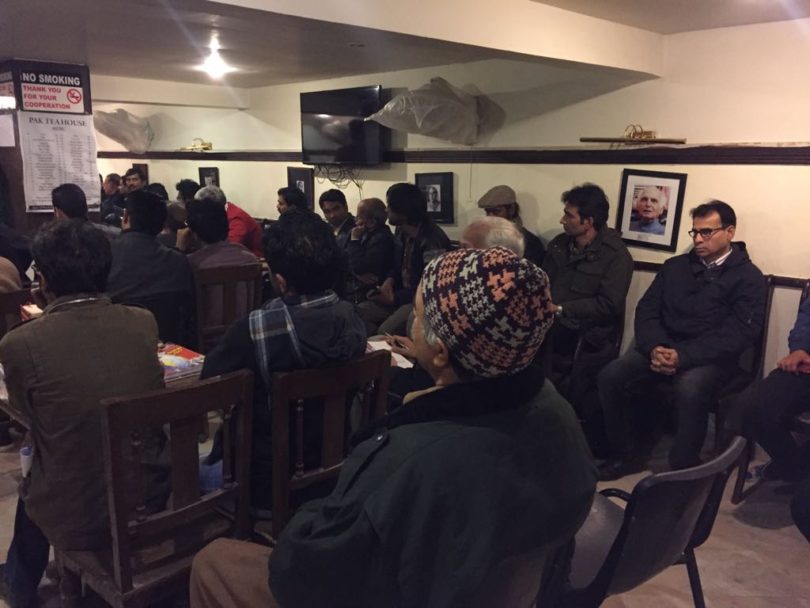 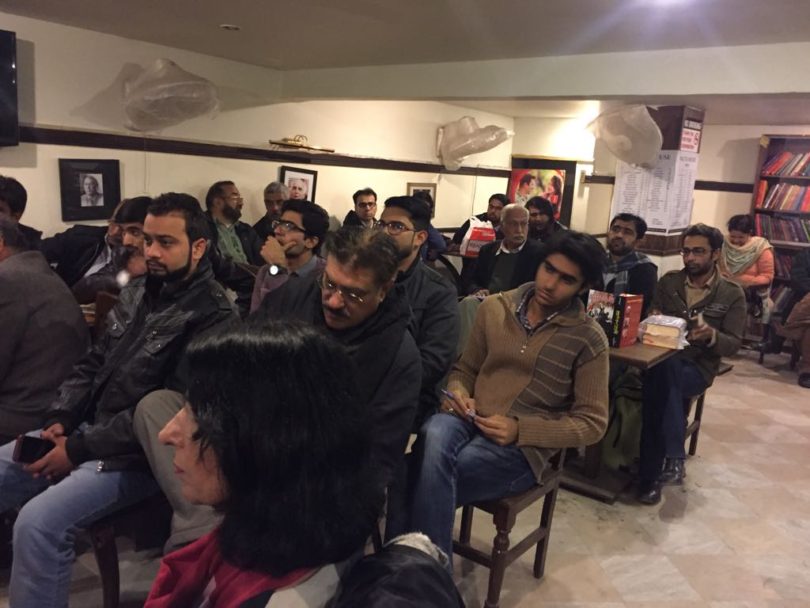 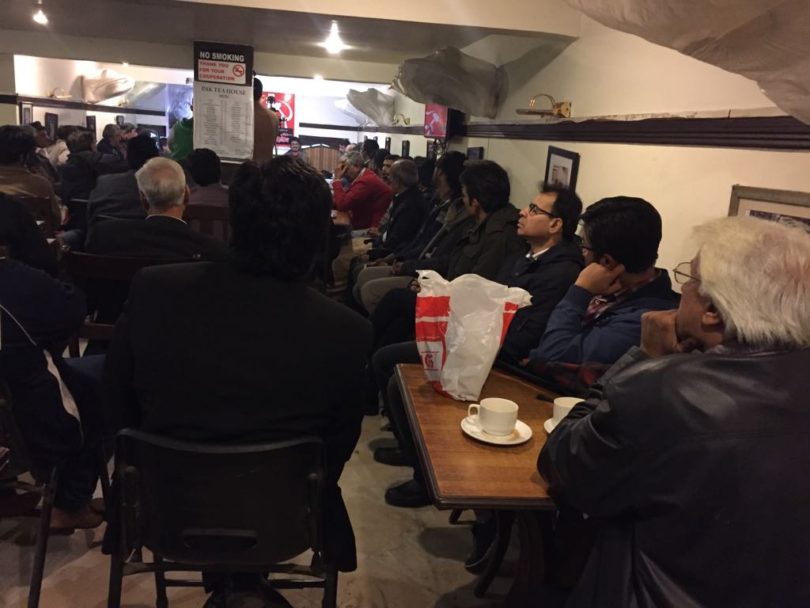 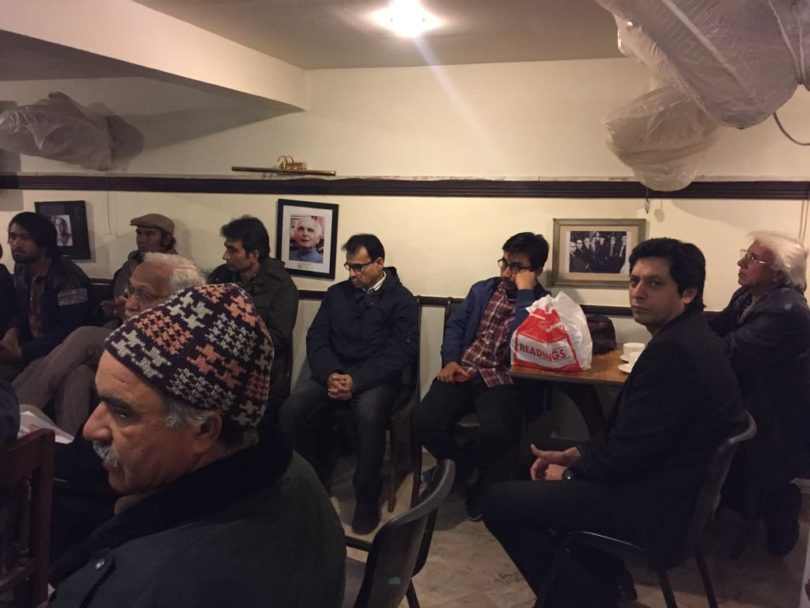 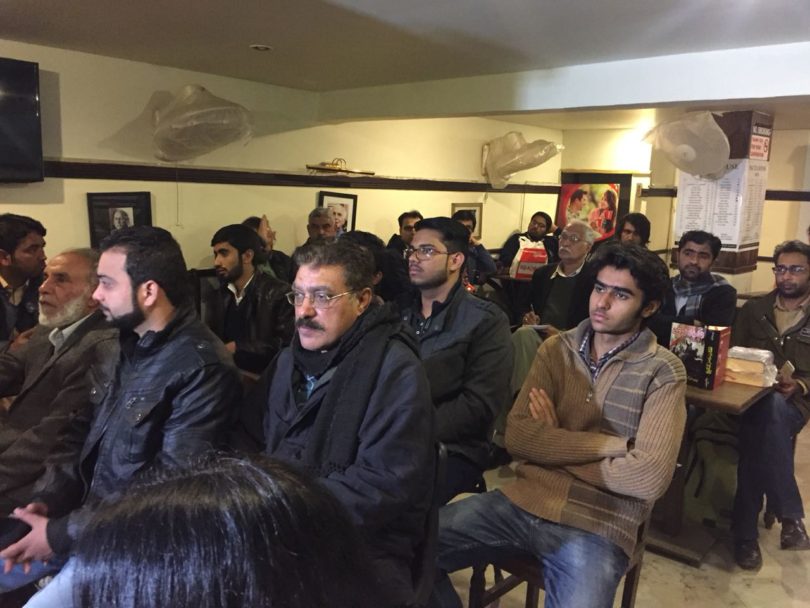