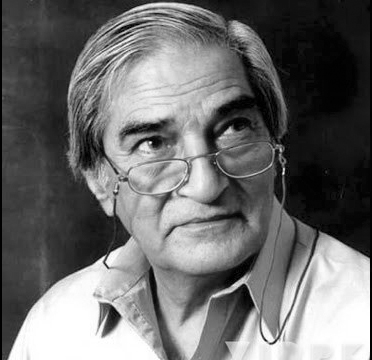 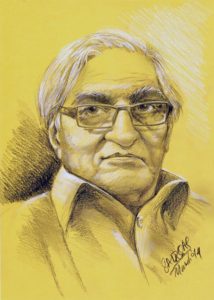 In the wee hours of Friday 19th January Munir Ahmed Qureshi, popularly known by his pen name, Munnoo Bhai passed away in Lahore. He was 84. Generally, he was famous as a poet, journalist and a playwright. He wrote columns for different newspapers for more than sixty years.  Few writers and journalists can make such a claim. But Munnoo Bhai was far more than that. He was one of the most renowned progressive writers in Pakistan and a believer in Marxist ideology and socialist revolution. This aspect of his life and struggle is less known and perhaps concealed by the mainstream narrative that has dominated society for decades. His sympathies for humankind were neither sentimental nor based on morality and ethics prevalent upon this society of class oppression. In early life, he suffered class discrimination and later in the company of various progressive writers and left-wing intellectuals Munnoo Bhai understood the scientific causes of this inequality and exploitation. 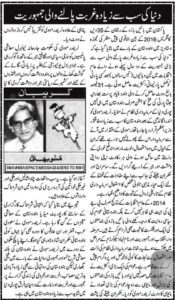 Munnoo Bhai referring the World Perspectives Document written by “The Struggle” in his article of 8 October 2016 for Daily Jang.

Throughout his life, he struggled with his pen for the rights of the oppressed. But it were not only his writings through which he encouraged the cause of the toiling classes but himself participated as an activist and unionist for the rights of the workers related to the press and broadcasting industry. Munnoo Bhai was at the forefront of the struggles during the 1950’s and 60’s. During the dictatorships of Ayub Khan and Yahya Khan, he was reprimanded and victimised by the regimes. While Munnoo Bhai was organising a public meeting of the PFUJ (Pakistan Federal Union of Journalists) in Liaquat Bagh, Rawalpindi, the information minister Gen. Sher Ali approached him and tried to bribe him by giving 10,000 rupees. He returned this money with thanks. On this defiance, Munnoo Bhai was transferred to Multan and had to face the ramifications for standing up against the mighty throughout the military regimes. He faced the repression with courage and dignity.

He was deeply influenced by the revolutionary upheaval of 1968-69 and participated in those stormy events with full vigour and enthusiasm. Munnoo Bhai had organized many protest activities against the regime. He lived in the Arya Mohalla neighbourhood of Rawalpindi, opposite to the Company Gardens, later named, Liaquat Bagh.  He lived as a low paid journalist in a rented cheap second-floor room of a modest house. The uprising had started in Rawalpindi when on November 6th a student of the Polytechnical college was killed and had ignited a revolutionary inferno that had engulfed the country from Peshawar to Chittagong. This movement impacted his thinking as he was covering those historical events. Although as a playwright Munnoo Bhai always exposed the class contradictions in society with immaculate versatility but one stage play, Jaloos, stands out. It was also his favourite as he reminisced so often in the last years of his life.

This play was also staged in the Auditorium of Rawalpindi’s famous Liaquat Bagh. ‘Jaloos’ (Procession) was inspired by a sit-in by the girl students of Rawalpindi in front of the entrance of the army garrison during the revolutionary ferment. These students wanted to cross the Nala Lai bridge and go inside the military cantonment area but police stopped them. They put up barriers and blocked the road for six hours.  Finally, Begum Nusrat Bhutto, wife of the leading figure of the movement Z. A. Bhutto, came and led the girls across the bridge into the cantonment area. Zulfiqar Ali Bhutto had specially come to watch the play. He congratulated and embraced Munnoo Bhai for writing such an inspiring play of defiance and struggle.

In an interview for the book, “Pakistan’s Other Story—The 1968-69 Revolution”, Munnoo Bhai gave some exclusive anecdotes’ that expose the processes and reality of characters that emerged during those turbulent events, “At a public meeting in Ichra, Lahore, the Jamaat-i-Islami’s leader Maulana Maudoodi held a piece of bread in his one hand and the Holy Koran in the other. He asked the crowd, ‘Do you want Roti (bread) or Koran?’ The people had replied, “We have the Koran in our homes, but we don’t have bread”.

In another telling anecdote, Munnoo Bhai told the author that, “I was travelling by car on GT road from Lahore to Jhelum with Zulfiqar Ali Bhutto during the election campaign in the summer of 1970. Mustafa Khar (later Governor of Punjab) was driving and Hanif Ramay (later chief minister of Punjab) was sitting on the back seat with me. When we reached the town of Gujrat there was a procession of shirtless workers from the local factories that stopped Bhutto’s motorcade and asked him to give a speech. Some were lying down on the hot tarmac and blocked the road. Bhutto was reluctant as they were already late for the public meeting in Jhelum. Sensing the delicate situation Khar persuaded Bhutto to come out and say a few words. Bhutto gave a fiery speech. When he came back into the car and motorcade moved on towards Jhelum, the naked chested workers were shouting slogans of “Socialism! Socialism!” and were beating their wrists on the bonnet of the car. After a few minutes into the drive, Bhutto turned back from the front seat and addressing Ramay and myself said, ‘we may not mean it but they really mean it’!

In an interview with Munnoo Bhai for the newspaper, Mussawat, after Bhutto’s assassination, Mrs. Nusrat Bhutto had told him that when she met Zulfiqar Ali Bhutto for the last time in his death cell in Rawalpindi, Bhutto had complained, “Why is the party not doing anything for me? I have done so much for the masses and the party.” On this Nusrat had replied, “Zulfiqar, you didn’t leave behind a Bolshevik Party so how do you expect them that they will launch a decisive movement for your freedom?”

During the darkest period in Pakistan’s history under the vicious Zia dictatorship, Munnoo Bhai had to write under extreme censorship. But continued his resistance through whatever articles and reports that could be published. He had to live a life of duress in a period when the brute repression of a theocratic regime was stifling every progressive thought or feat. He had great hopes when Benazir came back from exile in April 1986 but was disappointed and dismayed by her policies when she came to power. In the 1990’s he again began actively participating in Marxist philosophy and politics apart from his professional journalism. He was closely associated with the Marxists active in Pakistan around the magazine, “Class Struggle” that were carrying out organisational, trade union and political work to build forces of revolutionary Marxism. He wrote exclusive columns from a Marxist perspective in ‘The Class Struggle’ magazine for several years apart from his daily columns in the mainstream papers. Munnoo Bhai always supported the comrades who were carrying out these activities in whatever way he could. In the last two decades, he wrote some of his best Punjabi poetry severely exposing the reactionary character of the ruling elites and the socioeconomic and moral degeneration of the system and the society. His innumerable articles of those days assiduously explain the terminal decay of capitalism and its disastrous consequences for society in Pakistan and internationally.

Some of the writings of Munnoo Bhai in “Class Struggle” Magazine can be seen below; 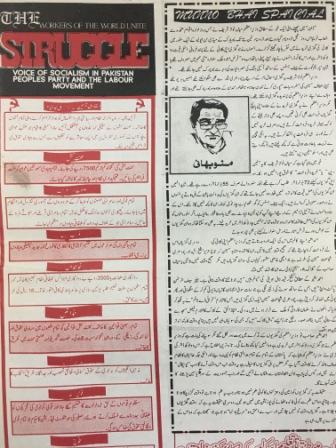 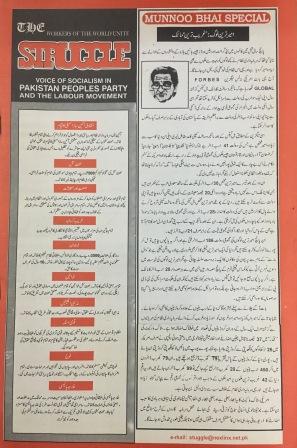 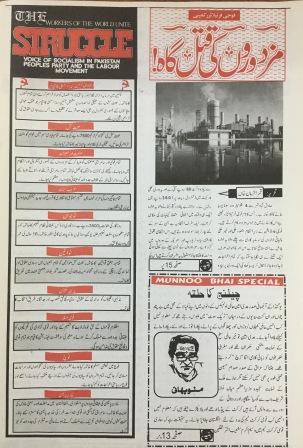 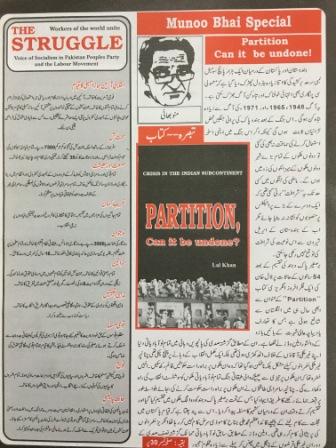 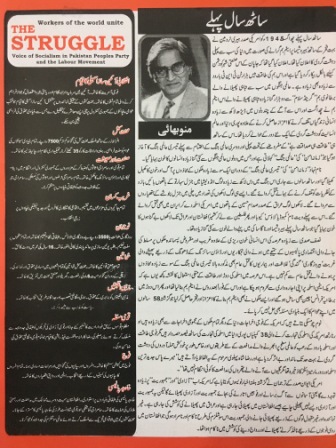 Munnoo Bhai was a loving human being, a sincere friend, a devoted comrade and a diligent teacher. He loved art, music, travelling and literature.  His presence in a company was full of joy and pleasantness. Even in his twilight years he passionately tried to learn and expand his knowledge of Marxist philosophy, economic analysis and dynamics of historical development. He had an ardent desire for putting an end to this misery and deprivation the human race was suffering. His legacy of longing and struggle to change society shall live on!