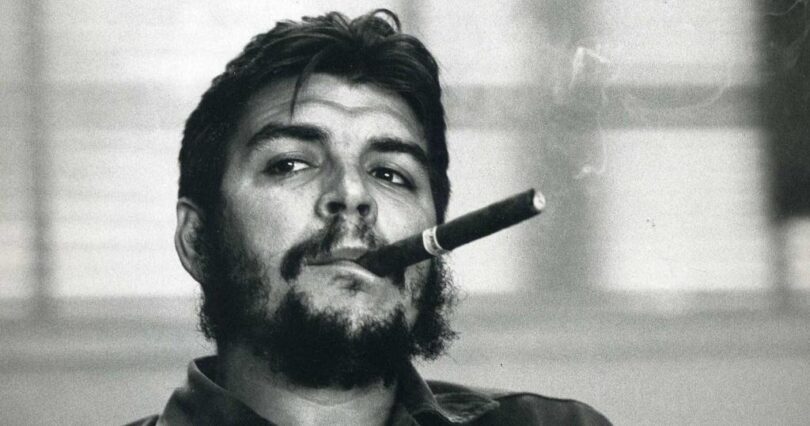 On October 8, 1967, Ernesto “Che” Guevara was wounded in combat and arrested. The next day, he was shot dead, photographed and displayed as a trophy by members of the Bolivian army and the CIA, before being buried in a mass grave With this act, they intended to make much more than a body disappear, but they failed. Che had already occupied a place in the minds of millions of young people and workers throughout the world, and he was becoming a myth, an icon, a north star for rebellion and revolution.

Che was born in Rosario, Argentina, in 1928 into an upper-middle-class family, linked to different businesses and enterprises, which led them to visit different parts of the country until settling in Córdoba because of Ernesto’s health problems. Ha had been diagnosed with asthma. Later they settled in Buenos Aires, where he began his medical career at the University of Buenos Aires. By then his adventurous spirit had led him to travel throughout the country on a motorcycle and embark on the merchant marine. Then he made his famous trip through Latin America with his friend Alberto Granado. There, he took in the reality of the continent, of the workers, of the extreme misery in many places, he got to know the inhumane working conditions of the Chilean miners, he collaborated with a leper colony in Peru, among other experiences. Back in Argentina, he completed his career and received his medical degree.

He then began a new journey with the intention of reuniting with Granado, who was in Caracas. It was the year 1953 and Latin America was convulsed by social struggles. Che spent time in Bolivia – which was still shaken by the 1952 revolution. There he met Ricardo Rojo, with whom he continued his journey through Peru and Ecuador. The coup d’état organized by the CIA against Jacobo Arbenz in Guatemala had a great impact on him and he joined the resistance in that country. During this time, he deepened his political ideas, learned more about socialist theories, saw the processes that were taking place in Latin America and Central America, the power of Yankee imperialism and its intervention in the coups and the countries’ politics. This course ended in Mexico, where he consolidated his ties with the Cuban exiles, and ended up joining the July 26 Movement led by Fidel Castro. 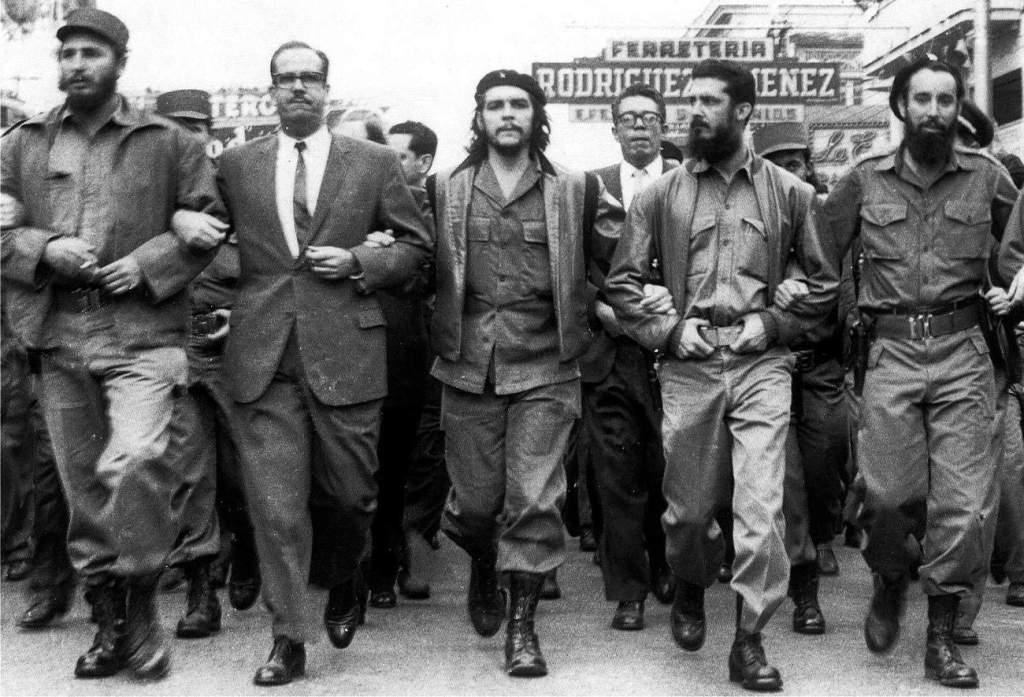 That movement is the one that landed in Cuba and, after a long course that had it several times on the verge of failure, would succeed in defeating the Batista dictatorship in the first days of 1959, accompanied by the support of workers and peasants, the development of strikes and the growth of its movement.

After the Cuban Revolution, Che Guevara would occupy various positions in the government, like Minister of Industry, President of the Central Bank and foreign relations for the new government. With the Revolution declared socialist, Che travelled to Algiers, the Congo and Angola to develop and collaborate with the insurgent forces of those countries. His differences with Fidel and the Stalinist regime of the Soviet Union were beginning to become visible. He denounced the USSR for its role in the Vietnam War. In the Message to the peoples of the world at the Tricontinental, 1967 he asserted, “North American imperialism is guilty of aggression; their crimes are immense and spread throughout the world. We already know, gentlemen! But also guilty are those who, at the crucial time, hesitated to make Vietnam an inviolable part of socialist territory, risking a world war, but also forcing a decision on the US imperialists. And those who maintain a war of abuse and tricks started long ago by the representatives of the two greatest powers of the socialist camp are also guilty.”

In that same conference, he would say that “creating two, three … many Vietnams, is the slogan.”

With these words, Che showed that his process of political evolution not only transformed him into an increasingly consistent internationalist, but at the same time separated him from the nefarious role of the Soviet Union and the approach to it that was accentuated in the Cuban government.

Consistent with this idea, he decided to start the path for a new insurrection in Latin America in Bolivia, where he would find his end. 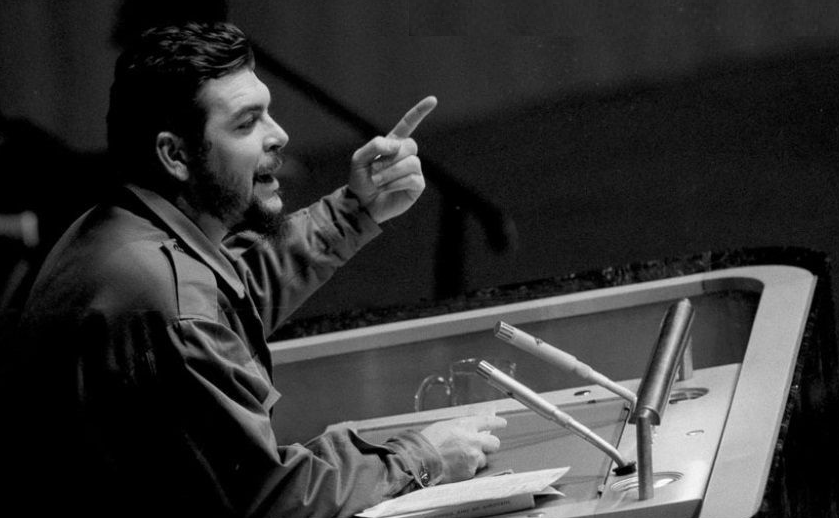 Defending Che, his figure, his revolutionary career and his legacy does not mean worshiping his personality and accepting all his conceptions uncritically as if they were infallible recipes for all times and places. For those of us who fight to end this system, it is about rescuing the successes without abstaining from question what we consider to be mistaken conceptions, with the aim of strengthening revolutionary action.

From the Cuban experience, Guevara made a theory of the guerrilla warfare method: the guerrilla foco. Many organizations throughout the world, mainly in Central and Latin America, adhered to this foquista theory. At a time of rising working-class resistance, struggle and polarization, with dictatorial governments stalking the continent, there were many discussions and polemics that arose among the left currents, the vanguard and activists. Our current then held a harsh debate with foquismo, questioning the fact that it intended to mechanically transfer the guerrilla experience to the different realities of America, elevating the peasantry as the revolutionary vanguard without taking into account the particular analysis of each country, separating itself from the labor movement, absorbing the best activists to this policy and acting separately from the mass movement, many times in its name but without having consulted or being part of the workers’ organizations. History has shown that this theory, which elevated guerrilla tactics to a permanent strategy, ended up failing in almost the entire continent, causing the deaths of thousands of devoted and brave militants. Che also did not give importance to the construction of revolutionary parties, the other strategic task together with the mobilization of the working class. The combination of these political shortcomings led those who blindly followed him to fail to find new triumphs in the following years.

Despite these debates, we continue recognizing Che Guevara. In his text titled “Guevara: Hero and Martyr of the Permanent revolution,”, 1967, Nahuel Moreno said “Guevara, who risked his life as many times as necessary, until he lost it, for the Cuban and Latin American revolution, was not afraid to confront and respond to the most serious problems posed to the revolution. From the defense of Cuba to the construction of socialism in the transition stage, through economic relations between the socialist countries, there was no problem of decisive importance in the workers’ struggle that Guevara did not address, to give it a solution: the permanent revolution.”

Socialist Revolution or Caricature of a Revolution

If something stands out about Che, it is his consistent struggle for a society without exploitation or violence, for a socialist society. In the context of a world marked by the Yalta and Potsdam agreements, of the peaceful coexistence of the Soviet bureaucracy that justified the abandonment of the struggle for socialism in semi-colonial countries with the theory of revolution in stages, Che was a rebel. To those who, out of skepticism or because of their identification with Stalinism, argued that Latin America was not ripe for socialism and made agreements with the national bourgeoisies, he said “on the other hand, the autochthonous bourgeoisies have lost all their capacity to oppose imperialism and only form its coattail. There are no more changes to make; either socialist revolution or caricature of a revolution.” How much validity that phrase has when, once again, there are those from the left of progressivism who insist on being the coattail of the national bourgeoisie! To us, vindicating Che in these times means to place the struggle for socialism as a possible horizon, with his strength and his conviction.

Fifty-three years after his assassination, we want to remember that revolutionary, who is today the flag in all the struggles throughout the world, who was sown and flourishes every time a youth goes out to fight, every time a worker decides to defend their rights, every time his image, that image eternalized by Korda, becomes a shield in the face of injustice. We remember him recovering the words he dedicated to his children when he left Cuba to internationalize the revolution and are a guide:

“Grow up as good revolutionaries. Study hard to be able to master the technique that allows you to master nature. Remember that the Revolution is the important thing and that each one of us, alone, is worth nothing. Above all, always be able to feel deeply any injustice committed against anyone in any part of the world. It is the most beautiful quality of a revolutionary.”