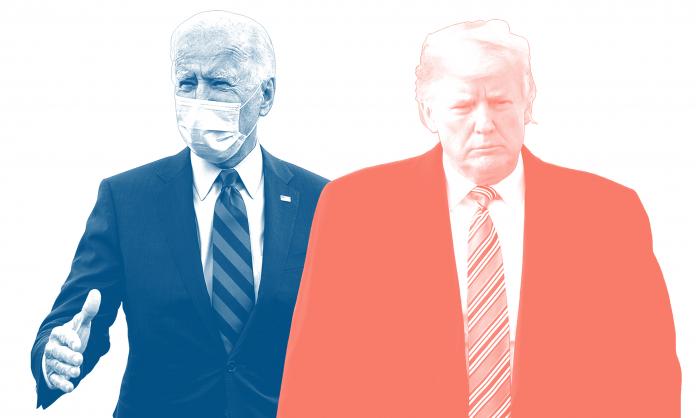 Warrantless surveillance of every citizen. An international network of torture houses beyond the reach of domestic law. Mass round-ups of Arab, Muslim and South Asian men. Indefinite detention of immigrants. Law enforcement given the power to search houses without the occupant’s knowledge. Authorising the use of the military in the case of domestic unrest during an epidemic. The construction of a southern border barrier to stop refugees and undocumented migrants entering the country. An executive empowered to declare anyone an enemy of the state and order their assassination. The abandonment of an international treaty to limit carbon emissions and reduce the threat of global warming. The creation of mercenary armies and the unleashing of religious zealotry. Electoral fraud resulting in a stolen presidential election.

No, it’s not the unprecedented presidency of Donald Trump. This was life under Republican President George W. Bush, who left office just twelve years ago. Add to the above list his declaration to the world, “You are either with us, or with the terrorists”, and his subsequent obliteration of Iraq, killing hundreds of thousands of people. “You’re a fascist”, MSNBC host Keith Olbermann thundered at the president in February 2008. “Get them to print you a T-shirt with ‘fascist’ on it. What else is this but fascism?” Olbermann wasn’t some outlier. American fascism—its imminent or actual imposition—was a serious point of discussion under Bush’s reign.

In 2004 in particular, Democrats and even people to their left rolled out the f-word and campaigned for “anyone but Bush” in the presidential election. Those who advocated voting for Ralph Nader, the left-wing anti-war candidate, were branded spoilers, even fascist enablers. Congressional Black Caucus member Sheila Jackson Lee called the election “a life or death matter” for Blacks: everyone had to get behind John Kerry, the establishment Democratic candidate, to prevent the coming apocalypse.

Bush was a disaster for working class people in the US and for tens millions whose lives and countries were destroyed by US aggression. But once the heat of the battle for office dissipated, the people who claimed to have opposed him most vigorously—Democrats—turned out to be his greatest friends. Bush has been entirely rehabilitated by establishment liberalism, appearing on The Ellen DeGeneres Show to chat about his love of painting portraits of the maimed soldiers he sent to murder Iraqis. He dances and croons with Michelle Obama. Hillary Clinton says that she will “forever be grateful” to the war criminal.

So when you hear people talking about the unprecedented importance of the US election between President Trump and Democratic candidate Joe Biden, consider that we’ve been here before. Every third or fourth election, in fact, is billed as a momentous choice between apocalyptic Republican fascism and not-quite-as-bad Democratic liberalism.

For example, Richard Nixon, first elected in 1968, was widely denounced as a fascist pig. A 1973 piece, “Watergate: a miscalculation in Nixon’s march to fascism”, published in a Harvard University student newspaper, quoted linguist and political dissident Noam Chomsky on the Watergate revelations: “They indicate, once again, how frail are the barriers to some form of fascism in a state capitalist system in crisis”. “Chomsky’s comments on Watergate are among the most incisive so far written”, Peter M. Shane, the article’s author (now a professor of law), wrote. “But he understates what Watergate can teach us about Nixon, or, for that matter, about liberal writers. A close examination of Watergate shows that fascism is not merely Nixon’s response to crisis; fascism is apparently the next stage of US state capitalism.”

The next Republican president, Ronald Reagan, was similarly described. “One Cornell activist and supporter of incumbent Democrat Jimmy Carter spoke for millions when he said Nov. 5, 1980: ‘The election of Ronald Reagan is a disaster for the country because he’s a fascist. He’s a dangerous person’”, Zachary Karabell wrote in the Washington Post four years ago. “I can vividly remember my high school history teacher walking dazed through the corridors convinced that the end of the republic was at hand, a phrase he muttered throughout the coming days in dead seriousness.”

Yet Republican policies often lived on and were made even worse under the next Democrat. Under Bill Clinton, Reaganomics and the war on drugs became full throttle rule for finance and accelerated incarceration of Blacks; George Bush’s pre-emptive strikes became drone murder and permanent war under Barack Obama, for example. It’s only fascism when not carried out by the liberal establishment.

This year feels different, however, for two reasons. The first is that at least one section of the US establishment—made up of the foreign policy, diplomatic and national security people—is quite vocal about Trump being a genuine danger. “The Most Important Election. Ever. Why the fate of the American republic—and the world—could depend on what happens Nov. 3”, declared one typical headline and lede in Foreign Policy recently. Clearly there are differences between Trump and Biden. But left-wing people should remain aloof from ruling class debates over how best to preserve or extend the pre-eminence of US imperialism. The role of a progressive is to oppose imperialism, not strategise for it.

The second reason the election feels different is because of the succour given to the far right under this president. “Surging numbers of hate groups. Rising right-wing populism and antisemitism. Mounting acts of deadly domestic terrorism. Increasing hate crimes. Exploding street violence”, is how the Southern Poverty Law Center describes the political landscape under Trump.

No-one in their right mind would be unconcerned by this, or indifferent to the growth of fascist organisations. But beware the prognosticators claiming to know that the most fertile ground for right-wing reaction would be under a second Trump term, and that the more favourable ground for the left and the workers’ movement would be under a Biden presidency. The truth is that no-one knows what the terrain will be.

The number of hate groups in the US has grown steadily for the last twenty years, reaching record highs under Obama in 2011, declining for three years, and growing again from 2015. Obama didn’t encourage them like Trump. Indeed, their development was a reaction against the first Black presidency and came during an economic depression. But the trend indicates that the far right can grow in various circumstances. And it simply cannot be ruled out that Brownshirts would proliferate more quickly under a Biden/Wall Street presidency than under a Trump second term.

I remember talking to a US socialist after the election of Obama in 2008. The hopeful scenario, in his view, was that Obama had raised expectations among a wide layer of the population, especially Blacks, and that maybe we would see something of a radicalisation as hopes of a progressive transformation of US politics and society were dashed by the harsh realities of a Democratic administration—perhaps analogous to the situation after the election of Lyndon Johnson in 1964. Alas, while there were some notable struggles during Obama’s presidency, it was eight years of malaise and disappointment.

By contrast, the US left grew substantially under the Bush presidency. As horrible as it was, thousands of people were trained in grassroots activism under Republican rule. Many came to understand the vile logic of imperialism. But those small consolations after all the tragic death and destruction and suffering were soon buried under a political farce: when Obama took office, people around the world came to love US imperialism again. It was apparently more relatable to have a Black Harvard graduate commanding the murderous military industrial complex than some dumb white Texan. His winning the Nobel Peace Prize was perhaps a more detestable event even than Bush declaring that we were all either friend or enemy. At least with Bush there was no confusion, and no long parade of progressive useful idiots defending the indefensible.

With Trump, all the talk about imminent fascism seems to have blinded many people to the fact that, under this polarising president, the socialist left has grown, there have been impressive workers’ strikes (particularly teachers in red states) and one of the greatest multiracial rebellions in US history. Pointing this out is not at all to suggest that Trump has been good, or that another term of Trump would be more favourable. It is merely to suggest that the US presidency should not be fetishised as the overarching determinant of all that is possible in politics.

Sober analysts should admit that, regardless of who is elected, they really don’t have sure knowledge of what the next one year, let alone the next four, will bring. What is clear, however, is that right now, there is no indication that the US ruling class is preparing a fascist dictatorship—that is, the physical annihilation of the left. Even if the levels of violence in the US are already intolerable, there is also no indication that they would significantly subside because of a Joe Biden presidency.

The things that really matter—the class struggle, the organisation of resistance to austerity, job losses and racism, the growth of activism, ideological clarification and the building of a socialist left—will not be a linear function of the 3 November result. But it is precisely those things that the left has at least some control over and therefore should focus on. US radical historian Howard Zinn is often quoted, but you feel like his words are just as often forgotten: “What matters most is not who is sitting in the White House, but ‘who is sitting in’—and who is marching outside the White House, pushing for change”. If real change is to come to America, it will be only because millions of people come to the same conclusions, and act, rather than succumbing to the liberal exhortation to vote.

So what about the question at hand? Even if this election is not the most important thing, is it nevertheless the most important of elections? For the US ruling class, it seems like it might be. For the left, it might turn out to be the most consequential in at least a generation—but perhaps not for the reasons being put forward in the United States. For, if much of the socialist left, straight after the massive Black Lives Matter uprising, lines up behind the candidate of the national security state and Wall Street, then those of us in the rest of the world will surely say that this was one of most disastrous elections in US history.