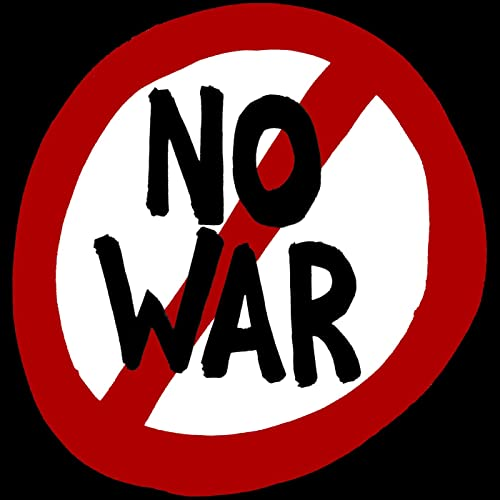 Azerbaijani Leftist Youth declared a statement rejecting the imperialist war in The Nagorno-Karabakh. We find it very important to publish this historically important statement

The Nagorno-Karabakh conflict has been with us since 1988, ever since the largely ethnic Armenian population of this province of the Azerbaijan Soviet Socialist Republic demanded a union with Armenia. The ensuing war ended in 1994 with Nagorno-Karabakh and some neighboring Azerbaijani territories under Armenian control and nearly a million people as refugees. Ever since then, as Azerbaijan has tried to retrieve the lost territories and the occasional negotiations proving fruitless, there have been periodic escalations of the conflict such as the Four-Day War of 2016, but never has the fighting reached the magnitude of the fighting for the last couple of days, with hundreds of soldiers (and many civilians) killed on each side. As nationalist propaganda in both countries has reached a fever pitch and the very little anti-war activity is not only drowned by vitriol but punished with arrests, LeftEast is proud to share this statement of young Azerbaijani leftists.

The recent round of escalations between Azerbaijan and Armenia in Nagorno-Karabakh once again demonstrates how outdated the framework of a nation-state is for present realities. Inability to transcend the line of thought that divides people into humans and non-humans solely based on their place of birth and then proceeds to establish superiority of the “humans” over their dehumanized “others” as the sole possible scenario for a life within certain territorial boundaries is the only occupier that we have to struggle with. It is the occupier of our minds and abilities to think beyond the narratives and ways of imagining life, imposed upon us by our predatory nationalist governments. It is this line of thought that makes us oblivious to the exploitative conditions of our bare survival in our respective countries as soon as the “nation” issues its call to protect it from the “enemy”. Our enemy though is not a random Armenian, whom we have never met in our lives and possibly never will. Our enemy are the very people in power, those with specific names, who have been impoverishing and exploiting the ordinary people as well as our country’s resources for their benefit for more than two decades. They have been intolerant of any political dissent, severely oppressing the dissenters through their massive security apparatus. They have occupied natural sites, seasides, mineral resources for their own pleasure and use, restricting access of ordinary citizens to these sites. They have been destroying our environment, cutting down trees, contaminating water, and doing the full-scale “accumulation through dispossession”. They are complicit in the disappearance of historical and cultural sites and artifacts across the country. They have been diverting resources from essential sectors, such as education, healthcare, and social welfare, into the military, making profits for our capitalist neighbors with imperialist aspirations – Russia and Turkey. Strangely enough, every single person is aware of this fact, but the sudden wave of amnesia hits everyone as soon as the first bullet gets shot on the contact line between Armenia and Azerbaijan. Blinded, just like characters from Saramago’s novel of the same name, they immediately turn self-destructive, cheering the deaths of our youth in the name of “martyrdom” for the “sacred” cause. This cause has never been anything more than an existential platform, keeping the governments of both Azerbaijan and Armenia in place and serving as the justification for unending militarization of societies along with the pursuit of more violence and deaths.

We don’t blame the people though: in the absence of alternative interpretative frameworks to make sense of the war and the conflict between the two nations, the nationalist ideology remains uncontested. If there is one thing that our underfunded educational institutions do well, that is definitely teaching to accomplish hatred and spread nationalist propaganda. Because hatred is never a product of individual psyches, but is constructed and produced within particular power relations. In a context where there is no direct contact between the ‘hating’ and the ‘hated’, the more the ‘hating’ audience becomes concerned with its own matters of everyday economic survival within the system that denies them equal redistribution of resources and services and accumulates more and more daily misery, the more there is a need to constantly remind the ‘hating’ audience to hate the ‘hated’ and reproduce their hate. Hatred needs to be accomplished. They stole “our” lands, we say, so we hate them. Never mind that there must be a myriad of other ways of inhabiting that land without a single group claiming its uncontested ownership over it.

A teenage brother of one of us once exclaimed in awe after having heard of a pending work meeting with Armenian colleagues abroad. “Are you going to see a REAL Armenian?”, he said. Come to think of it, generations of people have grown up in a vacuum without a contact with those, we have been coexisting with in the same space for centuries. What kind of violence does such isolation of existence bear upon our minds and creative abilities? Needless to say, it is also a perfect recipe for dehumanization of the “other”. What can be easier than attributing all the evil qualities onto the people, I have never interacted with in my life?

Years after the signing of the Bishkek agreement (1994) resulted in a ceasefire between the parties, Armenian and Azerbaijani governments have been accumulating serious amounts of lethal weaponry, which they now are preparing to use against one another. Last time the countries came close to the peace resolution was in 2001, during the Key-West peace talks with the mediation of the Minsk Group co-chairs — France, Russia, and the US.  However, due to prevailing nationalist sentiments and the fact that the leaders on both sides were not prepared to compromise, the peace talks failed. And it has never been approached as decisively as it was at the beginning of the 21st century.

We find it extremely challenging to seek the ways of avoiding another war in the region in the current situation. We observe increasing, widespread hate speech dominating the narrative on both sides, especially when it comes to TV channels, official statements or social media posts circulating with worrying intensity. Claims are being made from both sides that are difficult to verify and thus create an atmosphere of fear, mutual hatred, and anti-trust.

People on both sides have suffered and endured through pandemic and economic recession, trying to keep up with the challenges that the crisis brought with itself, and now they are being dragged into a military conflict, which delays any potential constructive resolution of the Nagorno Karabagh conflict. It also requires a great deal of economic and human resources to maintain the conflict, so that the elites from both sides keep benefiting from it. Azerbaijan’s military budget for 2020 has risen to $2.3 billion, while for Armenia this indicator stands at $634 million, essentially constituting 5% percent of GDP in both countries.

It is long due that we, Azerbaijani and Armenian youth, take the resolution of this outdated conflict into our hands. It should no longer be the prerogative of the men in suits, whose aim is the accumulation of capital, both economic and political, and not the conflict’s resolution. We should shed away this ugly cloak of the nation-state, which belongs in the dustbin of history, and imagine and create new ways of common and peaceful coexistence. For this, it is very important to revive political, grassroots initiatives, comprised primarily of ordinary local citizens, that will re-establish peace talks and cooperation. We, leftist activists in Azerbaijan, by no means support any further mobilization of the country’s youth into this meaningless war and see restoring the dialogue as our primary goal.

We do not see our future or the resolution of the conflict in further military escalations and spreading mutual hatred. Recent military clashes in NK don’t do any good for the purpose of the establishment of peace in the region. We do not even want to envision the risks of being dragged into a full-scale war, as we understand what kind of implications it could have for our societies and future generations. We strongly condemn every move taken to prolong the conflict and deepen hatred between the two peoples. We want to look back and take the steps necessary to rebuild the trust between our societies and the youth. We reject every nationalist and state-of-war narratives that exclude any possibility of us living together again on this soil. We call for peacebuilding and solidarity initiatives. We believe that there is an alternative way out of this stalemate through mutual respect, peaceful attitude, and cooperation.