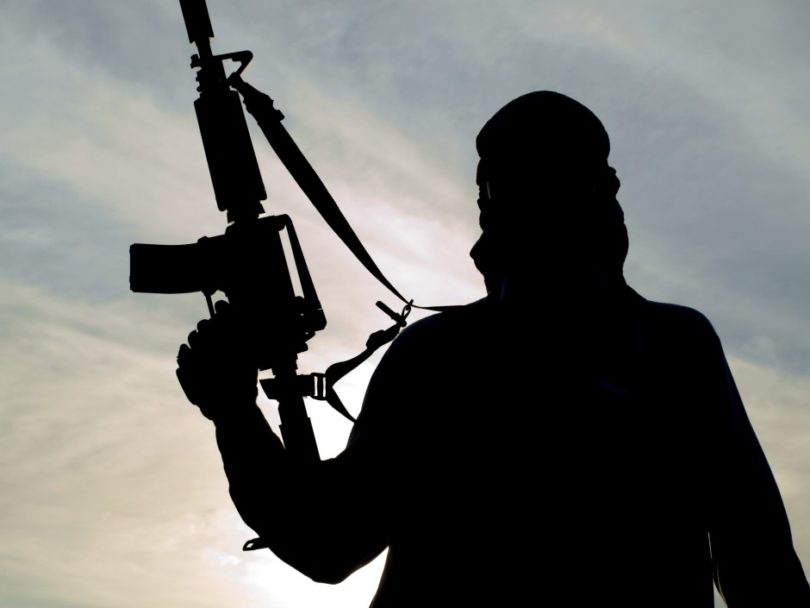 Our class enemies are in the habit of complaining about our terrorism. What they mean by this is rather unclear. They would like to label all the activities of the proletariat directed against the class enemy’s interests as terrorism. The strike, in their eyes, is the principal method of terrorism. The threat of a strike, the organisation of strike pickets, an economic boycott of a slave-driving boss, a moral boycott of a traitor from our own ranks—all this and much more they call terrorism. If terrorism is understood in this way as any action inspiring fear in, or doing harm to, the enemy, then of course the entire class struggle is nothing but terrorism. And the only question remaining is whether the bourgeois politicians have the right to pour out their flood of moral indignation about proletarian terrorism when their entire state apparatus with its laws, police and army is nothing but an apparatus for capitalist terror!

However, it must be said that when they reproach us with terrorism, they are trying—although not always consciously—to give the word a narrower, less indirect meaning. The damaging of machines by workers, for example, is terrorism in this strict sense of the word. The killing of an employer, a threat to set fire to a factory or a death threat to its owner, an assassination attempt, with revolver in hand, against a government minister—all these are terrorist acts in the full and authentic sense. However, anyone who has an idea of the true nature of international Social Democracy ought to know that it has always opposed this kind of terrorism and does so in the most irreconcilable way.

‘Terrorising’ with the threat of a strike, or actually conducting a strike is something only industrial workers can do. The social significance of a strike depends directly upon first, the size of the enterprise or the branch of industry that it affects, and second, the degree to which the workers taking part in it are organised, disciplined, and ready for action. This is just as true of a political strike as it is for an economic one. It continues to be the method of struggle that flows directly from the productive role of the proletariat in modern society.

Belittles the role of the masses

In order to develop, the capitalist system needs a parliamentary superstructure. But because it cannot confine the modern proletariat to a political ghetto, it must sooner or later allow the workers to participate in parliament. In elections, the mass character of the proletariat and its level of political development—quantities which, again, are determined by its social role, i.e. above all, its productive role—find their expression.

As in a strike, so in elections the method, aim, and result of the struggle always depend on the social role and strength of the proletariat as a class. Only the workers can conduct a strike. Artisans ruined by the factory, peasants whose water the factory is poisoning, or lumpen proletarians in search of plunder can smash machines, set fire to a factory, or murder its owner.

Only the conscious and organised working class can send a strong representation into the halls of parliament to look out for proletarian interests. However, in order to murder a prominent official you need not have the organised masses behind you. The recipe for explosives is accessible to all, and a Browning can be obtained anywhere. In the first case, there is a social struggle, whose methods and means flow necessarily from the nature of the prevailing social order; and in the second, a purely mechanical reaction identical anywhere—in China as in France—very striking in its outward form (murder, explosions and so forth) but absolutely harmless as far as the social system goes.

A strike, even of modest size, has social consequences: strengthening of the workers’ self-confidence, growth of the trade union, and not infrequently even an improvement in productive technology. The murder of a factory owner produces effects of a police nature only, or a change of proprietors devoid of any social significance. Whether a terrorist attempt, even a ‘successful’ one throws the ruling class into confusion depends on the concrete political circumstances. In any case the confusion can only be shortlived; the capitalist state does not base itself on government ministers and cannot be eliminated with them. The classes it serves will always find new people; the mechanism remains intact and continues to function.

But the disarray introduced into the ranks of the working masses themselves by a terrorist attempt is much deeper. If it is enough to arm oneself with a pistol in order to achieve one’s goal, why the efforts of the class struggle? If a thimbleful of gunpowder and a little chunk of lead is enough to shoot the enemy through the neck, what need is there for a class organisation? If it makes sense to terrify highly placed personages with the roar of explosions, where is the need for the party? Why meetings, mass agitation and elections if one can so easily take aim at the ministerial bench from the gallery of parliament?

In our eyes, individual terror is inadmissible precisely because it belittles the role of the masses in their own consciousness, reconciles them to their powerlessness, and turns their eyes and hopes towards a great avenger and liberator who some day will come and accomplish his mission. The anarchist prophets of the ‘propaganda of the deed’ can argue all they want about the elevating and stimulating influence of terrorist acts on the masses. Theoretical considerations and political experience prove otherwise. The more ‘effective’ the terrorist acts, the greater their impact, the more they reduce the interest of the masses in self-organisation and self-education. But the smoke from the confusion clears away, the panic disappears, the successor of the murdered minister makes his appearance, life again settles into the old rut, the wheel of capitalist exploitation turns as before; only the police repression grows more savage and brazen. And as a result, in place of the kindled hopes and artificially aroused excitement comes disillusionment and apathy.

The efforts of reaction to put an end to strikes and to the mass workers’ movement in general have always, everywhere, ended in failure. Capitalist society needs an active, mobile and intelligent proletariat; it cannot, therefore, bind the proletariat hand and foot for very long. On the other hand, the anarchist ‘propaganda of the deed’ has shown every time that the state is much richer in the means of physical destruction and mechanical repression than are the terrorist groups.

If that is so, where does it leave the revolution? Is it rendered impossible by this state of affairs? Not at all. For the revolution is not a simple aggregate of mechanical means. The revolution can arise only out of the sharpening of the class struggle, and it can find a guarantee of victory only in the social functions of the proletariat. The mass political strike, the armed insurrection, the conquest of state power—all this is determined by the degree to which production has been developed, the alignment of class forces, the proletariat’s social weight, and finally, by the social composition of the army, since the armed forces are the factor that in time of revolution determines the fate of state power.

Social Democracy is realistic enough not to try to avoid the revolution that is developing out of the existing historical conditions; on the contrary, it is moving to meet the revolution with eyes wide open. But—contrary to the anarchists and in direct struggle against them—Social Democracy rejects all methods and means that have as their goal to artificially force the development of society and to substitute chemical preparations for the insufficient revolutionary strength of the proletariat.

Before it is elevated to the level of a method of political struggle, terrorism makes its appearance in the form of individual acts of revenge. So it was in Russia, the classic land of terrorism. The flogging of political prisoners impelled Vera Zasulich to give expression to the general feeling of indignation by an assassination attempt on General Trepov. Her example was imitated in the circles of the revolutionary intelligentsia, who lacked any mass support. What began as an act of unthinking revenge was developed into an entire system in 1879-81. The outbreaks of anarchist assassination in Western Europe and North America always come after some atrocity committed by the government—the shooting of strikers or executions of political opponents. The most important psychological source of terrorism is always the feeling of revenge in search of an outlet.

There is no need to belabour the point that Social Democracy has nothing in common with those bought-and-paid-for moralists who, in response to any terrorist act, make solemn declarations about the ‘absolute value’ of human life. These are the same people who, on other occasions, in the name of other absolute values—for example, the nation’s honour or the monarch’s prestige—are ready to shove millions of people into the hell of war. Today their national hero is the minister who gives the sacred right of private property; and tomorrow, when the desperate hand of the unemployed workers is clenched into a fist or picks upon a weapon, they will start in with all sorts of nonsense about the inadmissibility of violence in any form.

Whatever the eunuchs and pharisees of morality may say, the feeling of revenge has its rights. It does the working class the greatest moral credit that it does not look with vacant indifference upon what is going on in this best of all possible worlds. Not to extinguish the proletariat’s unfulfilled feeling of revenge, but on the contrary to stir it up again and again, to deepen it, and to direct it against the real causes of all injustice and human baseness—that is the task of the Social Democracy.

If we oppose terrorist acts, it is only because individual revenge does not satisfy us. The account we have to settle with the capitalist system is too great to be presented to some functionary called a minister. To learn to see all the crimes against humanity, all the indignities to which the human body and spirit are subjected, as the twisted outgrowths and expressions of the existing social system, in order to direct all our energies into a collective struggle against this system—that is the direction in which the burning desire for revenge can find its highest moral satisfaction.