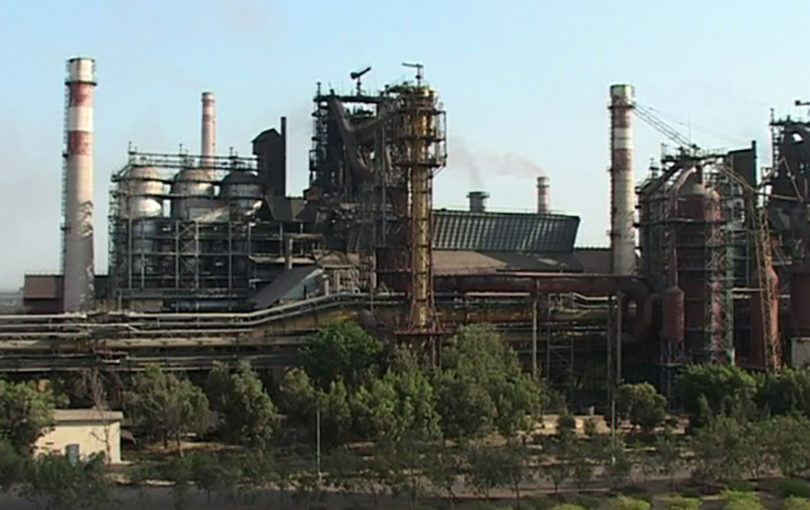 The PTI government on Wednesday approved retrenchment of all the 9,350 remaining employees of the Pakistan Steel Mills (PSM). The decision of this massive layoff took place in the meeting of Economic Coordination Committee (ECC) of the cabinet presided over by Adviser to the Prime Minister on Finance and Revenue Hafeez Shaikh. This is not the first time that the ruling elite is trying to snub the employment right from the Pakistan Steel Mills’ workers. This is the act to pave a way for the privatization of Steel Mills leaving thousands of workers unemployed and this great public institute at the mercy vulture investors. The saga of Pakistan Steel Mills is clear example of failure of historically belated bourgeoisie of Pakistan and the militant power of working class who again and again pushed back the ruling elite with their struggle.

The existence of a steel producing giant in a backward country like Pakistan is nothing less than a miracle. The idea of setting up Pakistan Steel was put forward during the era of Ayub Khan (1958-1969) but the US like many other advanced capitalist countries refused to provide any kind of assistance, as the creation of such a basic industry in an underdeveloped country was considered a threat to their own exploitative imperialist agendas.

In 1972, however, Zulfiqar Ali Bhutto laid down the foundations of the Pakistan Steel Mills with the help of the Soviet Union. Religious organizations, the state bureaucracy and other beneficiaries of finance capital, along with their masters, i.e. the steel importing capitalists, launched vicious propaganda campaign against it and declared it a ‘white elephant’. Pakistan Steel Mills started production in 1982 and its founding document declared that the basic goal was to subsidize the engineering industry to industrialize the country at a faster pace.

At the time, thanks to this institution 800,000 to one million people earned a living either directly or indirectly in the production of 30 percent of the steel being used in the country. Thanks to Soviet engineering its production was doubled with few alterations in the design. However, from the very first day it proved to be a headache for the stooges of finance capital and those capitalists dealing with steel imports, and they left no stone unturned to sabotage it.

In spite of all these shameful acts by the national ruling classes, the Steel Mills helped to build a basic economic infrastructure, but this progress was hindered by the increasing interference of international finance capital. The proletariat at Pakistan Steel has a shining history of revolutionary struggle and expressed itself as a distinct class in various events.

The privatization of the Steel Mills was announced following the policies of imperialist institutions i.e. IMF during Musharraf’s era and an attempt was made to sell the institution worth 200 billion rupees for just 22 billion. Workers at the Steel Mills waged a class war against this and the state was forced to take its decision back fearing the immense reaction from the workers throughout the country.

In order to alienate the working class of its power, the Supreme Court issued the orders to stop the privatization, giving the reason that it was being sold at a cheap price, yet legitimized the policy of privatization. The Steel Mills escaped the trap momentarily, but the black forces of reaction who were trying to buy them at a price they would pay for scrap metal couldn’t give up on their class instinct. Such elements didn’t give up on their lustful dreams and once again attacked in 2011 but this time with the help of the Pakistan People’s Party government. The appointment of two immensely corrupt bureaucrats, Moeen Aftab Sheikh as Chairman and Sameen Asghar as Commercial Director, by president Zardari was intended to water down any remaining prospects of improvement in the company in order to create excuses for privatization.

The financial condition of the Steel Mills deteriorated to such an extent that the employees were not paid their monthly wages even on Eid and bonuses were obviously out of the question. Total production was reduced to 20 percent and the power generation unit, which can provide an uninterrupted supply of electricity to the Steel Mills and Steel Town, shut down. There was a shortage of raw material, and iron ore and coke wasn’t available either. Even the 60 percent of total production capacity can generate enough money to pay monthly dues of electricity, gas and other fuel which were around one billion rupees. But, due to the unavailability of raw materials and mismanagement on the part of the corrupt bureaucracy, production reduced to more than one fourth which caused a deficit of 1.5 billion rupees monthly. The management of the Steel Mills also pocketed billions of rupees from the workers’ gratuity and PF funds for their own gain. Because of the crisis of capitalism on a world scale, the national economy is in terminal decay and cannot bail out even a single institution. At that time, the CBA People’s Workers’ Union played the role of political pimp for the state and the bureaucracy and was practically cut off from the workers. These so-called leaders – in reality traitors – of the working class struggled to safeguard their own privileges and didn’t fight for workers’ rights.

The working class around the world, from US to Europe and Latin America to the Middle East and South Asia, is now entering the arena of history to decide its own destiny. We can also see a wave of agitation and turbulence among workers in many Pakistani companies. The recent struggle of the health sector workers is such an example. The workers of Pakistan Steel Mills have to assemble themselves for yet another fight. But this time it must be fought to the finish. The whole situation is beginning to radically change as more and more workers are being pushed into struggle. The present anti workers’ regime is bracing itself for the right sizing [reduction of staff] and privatization of many public institutes; the workers of Pakistan Railways are fed up with corruption by the bureaucracy and ministry; the workers of health and education sector are getting ready once again to start the struggle for their rights but this time at a higher level; the strong and militant workers in WAPDA (Water and Power Development Authority) are testing their leadership, for the last time perhaps, there is also anger among the students and youth, while the ordinary industrial workers are already disgusted with the right-wing policies of the present government.

In these conditions, even a tiny spark could ignite a very advanced political movement of the working class in Pakistan. The need of the hour is for the Marxists to intervene and help the workers find a way out of the present situation and unite the isolated movements in different companies on a radical socialist agenda.