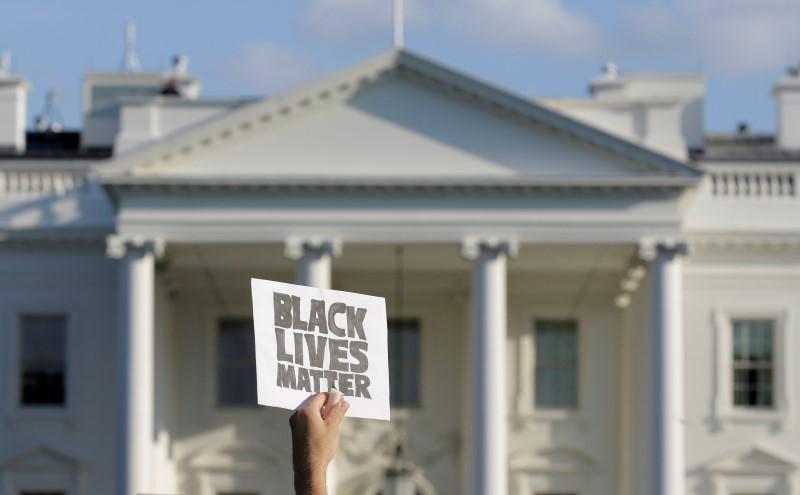 This insightful article by Comrade Lal Khan was originally published in Daily Times on 9th May 2015 when massive protests broke out in the Baltimore, USA after the heinous murder of Freddie Gray in April 2015. Here we are republishing the article given to the current uprising in the USA against the brutal murder of yet another black man, George Flyod. The current uprising shook the very basis of American imperialism with the spread of rebellion in more than 350 cities.

The liberal and ‘secular’ intelligentsia have all praise for US democracy and freedom. Their economic colleagues brazenly ape US economic experts. The political elites of the liberal and religious variety, in cutthroat competition, desperately strived to take their turns to seek Washington’s patronage in this country’s seven decades long chequered history. Some former leftists of all different varieties without any shame or morality have shifted their Kaabas from Moscow and Beijing to Washington DC. Not only has this imperialist monster ravaged lands from Iraq to Yugoslavia and Afghanistan in the so-called post-Cold War epoch, this mightiest economic and military empire, with its debilitating economic crisis, has aggressively attacked the US proletariat and youth domestically. Class, gender and racial oppression in the US has reached a harrowing intensity as the carnage and mayhem in Baltimore tragically reveals.

With the heinous murder of Freddie Gray, the Black Lives Matter movement came roaring back to life. Tens of thousands of people again flooded streets across the country to protest against racism and police brutality. These once routine murders by the police have aroused the masses’ anger long dormant in the womb of society. The movement expresses the seething discontent of several US generations who have been sold out and betrayed by a system they were led to believe should work for everyone but which, in reality, only works for a tiny minority. An increasing number of ordinary US citizens are drawing the conclusion that it is not just a few rotten apples in this or that police department but a system diseased and rotten to its core. The tragic death of yet another young black man at the hands of the state was the straw that broke the camel’s back.

Baltimore was gutted, tortured and humiliated by the decades-long decline of US industry. Manufacturing jobs are down 35 percent and official poverty is now 25 percent. Living conditions in Baltimore’s poorest neighbourhoods are as bad or worse as those in Shanghai, Johannesburg, New Delhi and Ibadan (Nigeria’s third most populous city). Baltimore is the horror movie poster child of a bleak future for the youth under US capitalism.

The disgusting racial disparities hardwired into US capitalism play an inordinate role in determining who suffers most from the capitalist crisis. However, the scenes in Baltimore are clear proof that the experience of the last few years is pushing workers and the youth to fight together against oppression and exploitation. Thousands of young people of all races came out together in solidarity and unity. Their faces beamed with confidence as they began to realise the enormous, potential power the majority has to collectively change society. This is yet another example of how the “molecular process of revolution” – as was described by Leon Trotsky — is inching ever closer to attaining a revolutionary critical mass.

Police brutality is not simply a question of race or gender as evidenced by the fact that three of the six police charged in Freddie Gray’s death are black, one of them a woman. The mayor of Baltimore is a black woman and sits on various leading bodies of the state. Merely having greater representation of minorities or women in the police and in government does not change anything fundamental. What matters most is what class interests those individuals represent. The root problem is a system of exploiters and exploited in which the ruling class must use laws, courts, police and other forms of state violence and compulsion to defend its interests, wealth and power. Charges were only brought against these officers in order to defuse the rising tensions. It was a carrot to accompany the stick of a draconian curfew and 2,000 fully armed national guards and state troopers patrolling the streets of a major US city. However, state repression and tertiary concessions will not stem the tide of class struggle indefinitely.

Not surprisingly, much of the media’s attention was hypocritically focused on the handful of incidents of window smashing and looting. The protesters were decried for “destroying their city”. But why do so many residents not truly see Baltimore as their city at all but rather as a city controlled by parasitical and hated big banks and corporations? An article in The Atlantic was pertinent: “When nonviolence is preached as an attempt to evade the repercussions of political brutality, it betrays itself. When nonviolence begins halfway through the war with the aggressor calling time out, it exposes itself as a ruse. When nonviolence is preached by the representatives of the state, while the state doles out heaps of violence to its citizens, it reveals itself to be a con.” Leon Trotsky eloquently explained in Their Morals and Ours:

Due to the ‘common sense’ pragmatism instilled by the corporate media, the US masses are limited by the narrow, provincial parameters of US political and historical analysis. They are stage-managed circuses and are virtually devoid of any real politics. The media only galvanises society’s interest in politics when presidential election season rolls around. The estimated expenditure of the 2016 elections stands at more than five billion dollars. The corporate US, which invests this massive capital will foot the bill to extort tens of billions from its ‘elected’ political representatives. This is why US citizens tend to react to events empirically and emotionally, lashing out in outrage only to succumb to feelings of impotence when nothing fundamental changes. Nonetheless, millions of people are instinctively connecting the dots between low wages, racism and inequality. However, through their experiences in these struggles, sparked by myriad accidents expressing a deeper historical necessity the US masses will converge into a unified struggle against capitalism itself. According to UNICEF, the US ranks 36th out of the 41 wealthiest countries in the world, with 32.2 percent of its children living below the poverty line, as compared to 5.3 percent in Norway. As long as capitalism dominates the majority will never achieve a steady, secure and universal increase in living standards.

Generally, it is perceived that black lives do not matter under US capitalism. In fact, no lives matter to this system; only profits matter. To fight merely for equality and against police brutality and oppression is not freedom. As the Marxists have long explained, once the sleeping giant of the US working class begins to move, nothing will be able to stop it. What was once a seemingly abstract, theoretical proposition is unfolding now. What are really needed are political clarity and revolutionary organisation, a Marxist programme and perspective to end this coercive capitalist suppression and exploitation, once and for all. Ferguson and Baltimore are only the beginning. The system that breeds racism, inequality and brutality has to be demolished through a class war, fought to the finish.