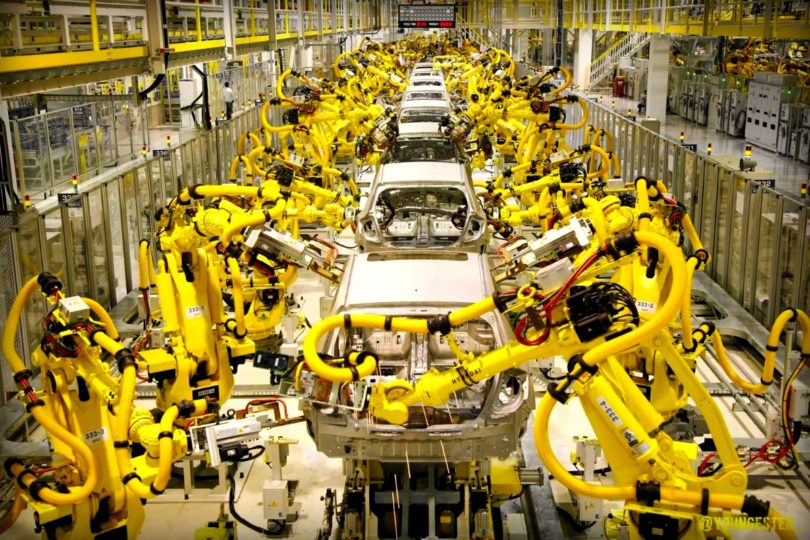 There has been much propaganda that new technological ‘revolutions’ are laying the basis for capitalism’s eternal existence, and hence Marx’s philosophy and prediction of class struggle and socialist revolution have become obsolete. However, a closer look at the history of capitalist evolution and the impacts of technological advances exposes the fallacy of this propaganda. From steam to electricity and from the transmission lines to the containers trade only helped capitalism avoid a collapse for a certain time and soon its organic crisis strikes back more vehemently.

Instead of improving and developing human life and society’s living conditions, Capitalism’s technological revolutions have ultimately ended up causing unprecedented disparity, unchecked exploitation and harrowing poverty. Marx firmly believed and elaborated how and why this transcendence of capitalism through technology was the necessary condition for the inception of socialism and emancipation of humanity. He had argued that revolts of the oppressed in the past failed because these technological prerequisites for a socialist society had not yet been attained.

It is true that the unique dynamic of capitalism is all about the infinite expansion of capital and its transformation into personal wealth and property. However the advanced instruments of production, the applications of science and technology drive beyond national boundaries and private ownership. Technological innovation has developed on an unparalleled scale in some sectors, such as renewables, driverless cars, the possibility of returning sight to the blind in a combination of digital and biotech initiatives; the guidance of drugs to exact cells through nanotech; renewable energy, potentially reducing climate change and decimating oil giants beyond their recovery. The installation of large-scale wind turbines, the vastly improved efficiency of photo-voltaic cells, the significantly more efficient large batteries… all carry the promise of new technology stopping and reversing global warming and securing a prosperous future for mankind.

The possibilities of social communication have vastly advanced with modern computer and telecommunication technology. Quantum computers offer the prospect of unprecedented processing. The development of Artificial Intelligence (AI) could develop genuine evidence-based decisions and enormously assist in diagnosing health problems etc. There are tremendous possibilities for humanity with ever cheapening energy sources, but capitalism limits these possibilities through a chaotic solar panel sector, inadequate financing, poor housing strategies, and the fossil fuel sector fighting a deadly battle for survival. Capitalist interests’ hostility and the lust for profit shun state intervention and obstruct the collective ownership of these sectors. This weighs heavily against the adoption of strategic innovations, even though these would preserve or possibly revive sectors in this era of stagnation. Unprecedented levels of inequality and deprivation in this era of technological advances are a stunning rebuke to the claims of capitalist propagandists.

Under capitalism, technology is widely used against working people. ‘Disruptive technologies’ is not a trendy phrase, but a deadly reality. Capitalism appropriates, owns and patents new technologies which eventually have an impact on the economically vulnerable. The original idea of the Google founders was the association of computer geeks and experts in the free access to information and knowledge. What could have been a co-operative has now become a conglomerate with a galaxy of billionaires. The generous public spirit has become private appropriation of technology. Conglomerates such as Apple, Amazon and Google are monopolising information technology, becoming the largest corporate cartels in the world.

AI, block chains, robotisation and machine learning are becoming omnipresent. They are replacing jobs in many sectors of the economy and the state; causing more unemployment. This is leading to a polarisation of the work structures and a shrinking middle class. A recent study by Pricewaterhouse Coopers(PwC) suggests that in the US, up to 38 percent of all current jobs will be replaced by technology in a decade.

Karl Marx and Fredrick Engels profoundly predicted today’s crisis and the contradictions of technological revolutions in The Communist Manifesto of 1848;

They emphasised that capitalism is not equipped to survive the technologies it spawns. Instead of overcoming the contradictions of the system, these technological advances end up exacerbating conflicts further. These exploding contradictions are exhibited in devastating wars, social unrest and socioeconomic catastrophes across the planet. When new technologies are unleashed in societies bound by the primitive labour contract, widespread misery follows. In the Communist Manifesto’s words: “A society that has conjured up such gigantic means of production and of exchange, is like the sorcerer who is no longer able to control the powers of the nether world whom he has called up by his spells.”

The ‘sorcerer’ will always imagine that their apps, search engines, robots and genetically engineered seeds will resolve the seething contradictions. But, once released into societies divided between wage labour and private ownership of capital, these technological marvels push wages and prices to inhuman levels that lead to greater social eruptions and revolutionary upheavals.

However new technologies to develop human potential and preserve the planet raise the human spirit and excites peoples’ expectations about the future and about how the world could be changed. Instead of ending the human exploitation and bringing the masses prosperity, the private ownership of these advanced technologies and instruments begets misery and deprivation. Hence the current system must be replaced by the collective ownership of these technologies and modes of production for the service of humanity. It is only possible through the democratic control of society under a planned socialist economy.