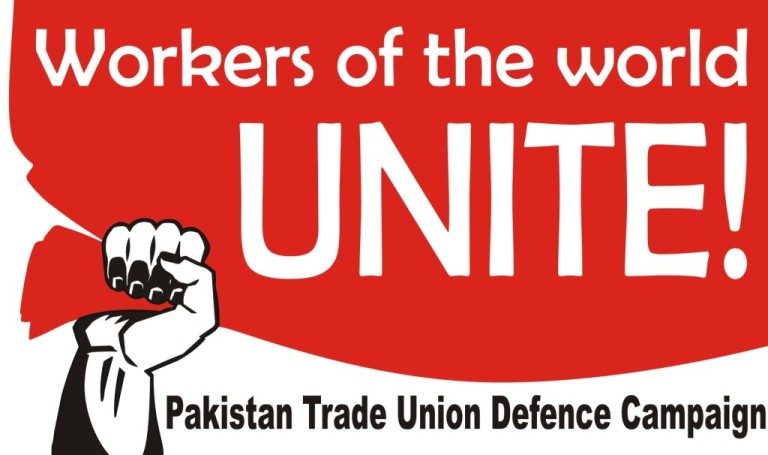 The killing of the Workers in Gwadar is the extreme form of brutality. The attackers are the biggest enemies to the Baloch cause, itself. The government of Baluchistan and Law enforcement agencies has failed to protect the workers. Protection should be provided to workers. Pakistan Trade Union Defence Campaign (PTUDC) strongly condemns the killing of 10 workers in two different incidents in Gwadar. It is class based terrorism. Nazar Mengal President PTUDC, Ghufran Ahad Senior vice president PTUDC, Qamar Uz Zaman Khan Secretary General PTUDC, Changez Malik Joint Secretary PTUDC, Majid Memon Finance Secretary PTUDC said that workers who came in Baluchistan from different provinces of Pakistan, in search of work, are facing continues attacks resulting in dozens of death and this is intolerable. They said that these incessant bloody events are happening due to the negligence of provincial government and the law enforcement agencies. They even said that all the resources are spending to protect the ruling class whereas the working class is deprived of their basic needs. Workers are starving, and even if they get any opportunity to work, they are suffering from lack of security measures. They said that the killing of workers from other provinces is a heinous conspiracy against the oppressed people of Baluchistan and they want to sabotage the struggle of working class for their rights. Those behind this massacre on nationalist lines are the biggest enemy of oppressed people and the working class of their own nation. The assassination attempts on the workers of other nations are causing severe and irreparable damage to class solidarity. This acts results in weakening the movement against national oppression and exploitation. PTUDC strongly condemns such type of incidents and demand punishment of those responsible for the killing of innocent workers.