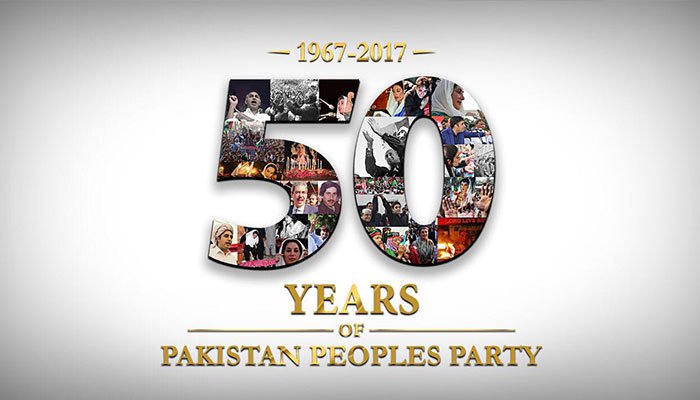 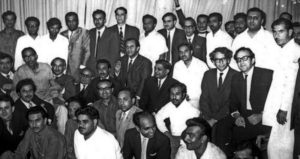 On November 30th, 1967 the founding convention of a new political party was organised by left-wing political activists in Lahore. Most were students having greater ideals and an audacious mind-set to go beyond defunct reformist ideas in the progressive movement and overthrow this system of tyranny and oppression. Under Ayub Khan’s military dictatorship, albeit in a civilian garb, the state’s repression was remorseless and brutal. Governor of Punjab, Amir Mohammad Khan, the Nawab of Kalabagh, was a ruthless despot. Stringent obstacles and repressive measures were imposed to sabotage this meeting despite the official media’s pretence of this being a paltry affair. Several prospective delegates were barred to attend this ‘Founding Convention’ while some refrained to defy the odds. On that fateful autumn morning of a much less polluted Lahore, the convention began with a tinge of optimism in the air.

After two days of deliberations on the eve of December 1st, a new party, the Pakistan Peoples Party and its Founding Documents were launched.  Zulfiqar Ali Bhutto, who was elected its chairman, gave a passionate speech with a revolutionary message to close the convention. The Founding Document outlined the basic aims and objectives of the party. It was perhaps the most radical programme of any left-wing party in South Asian subcontinent’s history since 1947. Although the subsequent leaderships’ abandoned and obfuscated these tenets few in today’s generations are aware of its historical worth. This programme of revolutionary socialism propelled the PPP to become the largest party in Pakistan. Some of its most salient features are quoted here from the original document.

On its 50th founding anniversary, PPP’s present leadership has conflicting policies and antagonistic class interests from those inscribed in the party’s founding documents. These leaders have embraced capitalist economics, marauding imperialist investments and privatisations in the name of Public Private Partnership. Politically they are vying to get in power by any means and protect this despicable status quo in the name of democracy. Their financers are swindlers complicit in plunder and extortion. These lumpen upstarts call the shots and make crucial decisions. Ideas of Revolutionary socialism are spurned in the party’s ranks.

It was this very ideology that brought PPP into the leadership of 1968-69 revolution; the most audacious upheaval in post-partition South Asia. The masses traditionally aligned to PPP are in despair and revulsion against this ideological betrayal. The original PPP had dared to challenge the capitalist order. The present caricature fervently appeases existent system and its state. This system’s savagery is devastating the oppressed. Masses are yearning for a change. A fresh revolutionary upheaval shall cleave the party and society on class lines, carving out the Leninist party to accomplish a socialist victory— as envisaged in PPP’s founding document.