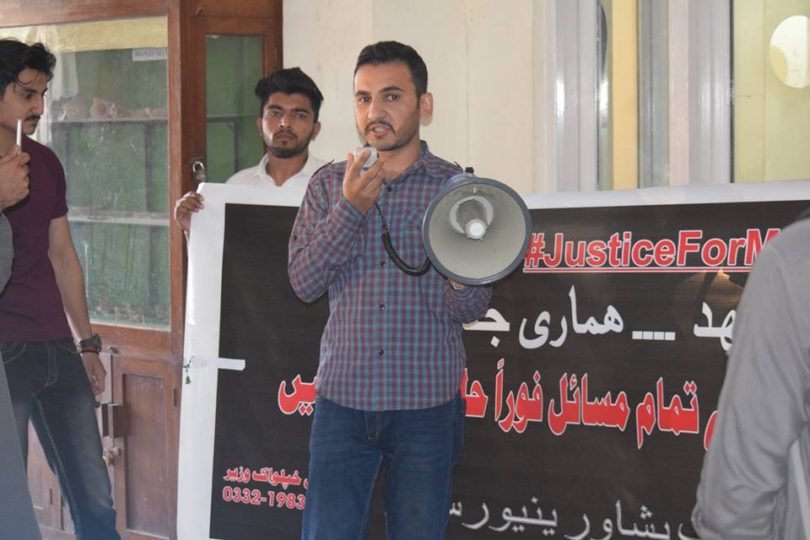 On 25 April, Students of Peshawar University organized a protest to carry forward the struggle of Mashal Khan and for students’ rights. A rally was started at 9:30 am from Hostel No. 1, that marched through different departments and, at Academic Block, it turned into a mass meeting. After a long period of time, such a radical protest has happened in  Peshawar University, which was not organized by any political party or its students’ wing. Students were holding the play cards which read ” Justice for Mashal, Free Education, Free Transport and Free Hostels”. When rally reached the new block many of the passing by students joined in. 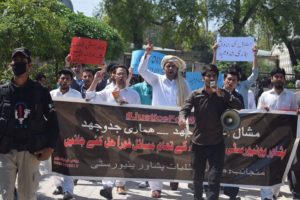 Riaz Khaplook of the Pasktoon Students Organization addressed the students in the new block. He said in his speech, for the solution of students’ issues, students must participate in politics on the basis of ideology. Khalid Mandokhail of PSO said, if students’ do not unite themselves today, there will be a new victim like Mashal tomorrow. Expensive education, obsolete infrastructure are the issues faced by every student in every institute. These were the issues upon which Mashal raised his voice, but the fundamentalists suppressed his voice, Mashal’s Struggle is our Struggle, and this struggle will continue until the solution of these problems.

Sangeen Bacha of Revolutionary Students Front (RSF) said in his speech that Mashal was killed by dark forces because of his struggle. Today, the education is so expensive that a layman can’t imagine being part of this class based educational system. Even after the completion of course and degree, there is no guarantee for employment. No political party or its students’ wing is interested in students issues. Only students can emancipate them self by their conscious involvement. The protestors vowed to carry on the mission of Mashal Khan. 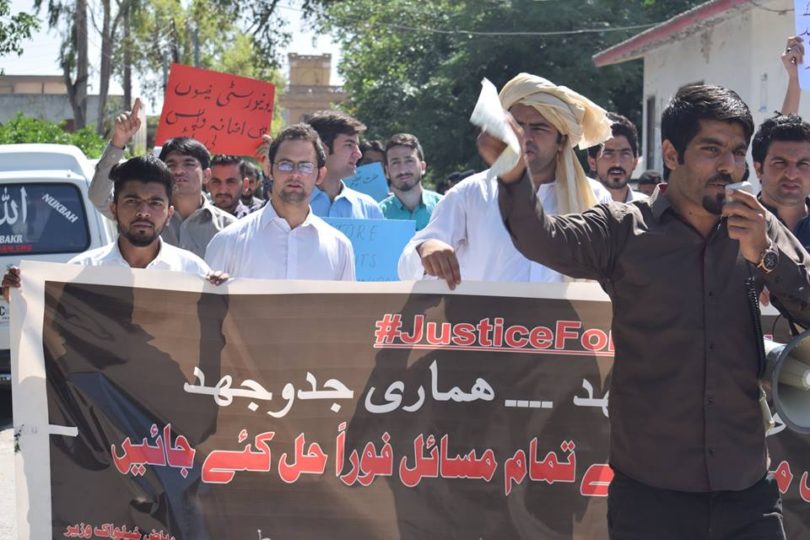 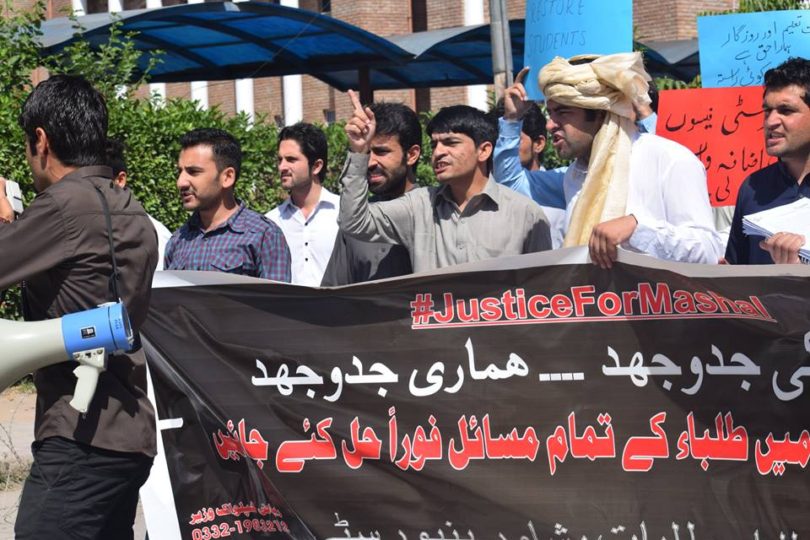 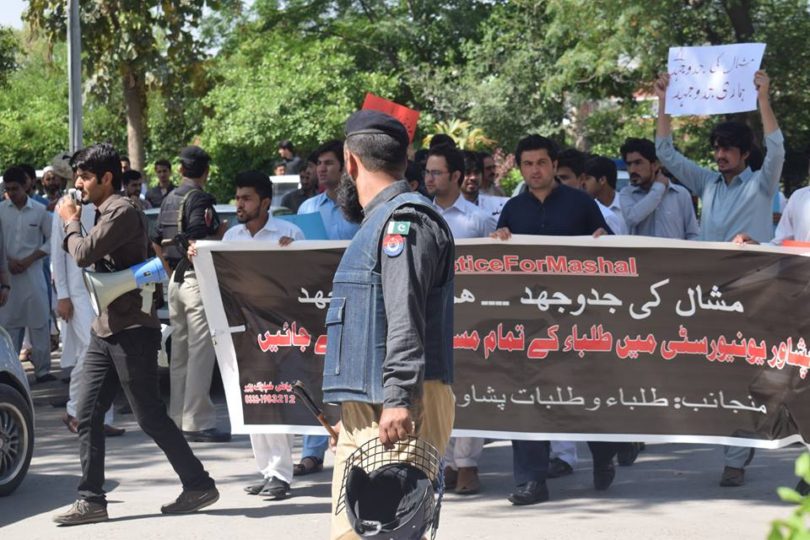 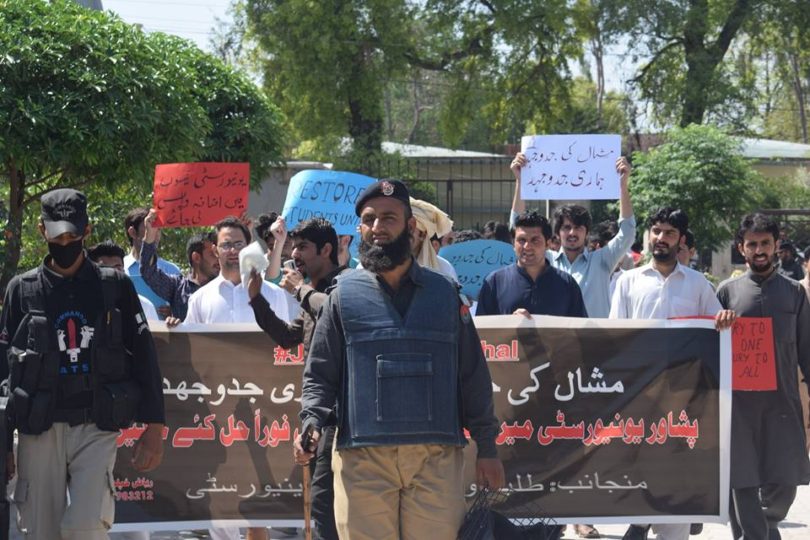 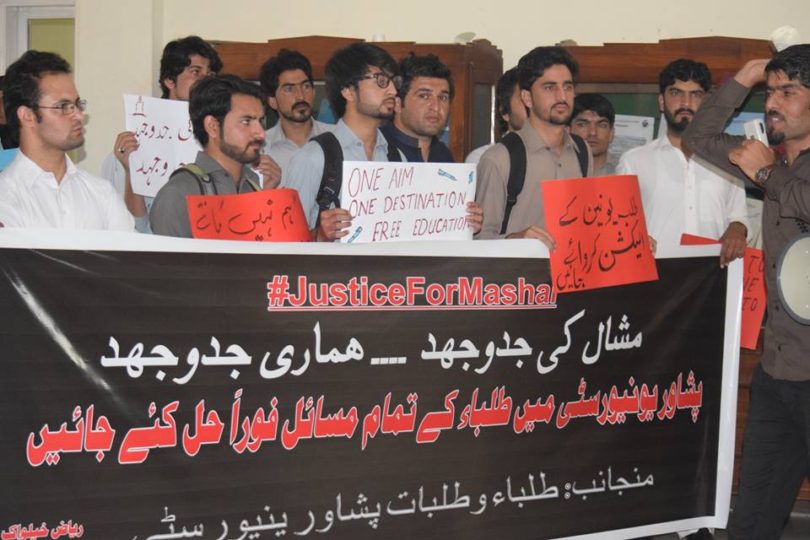 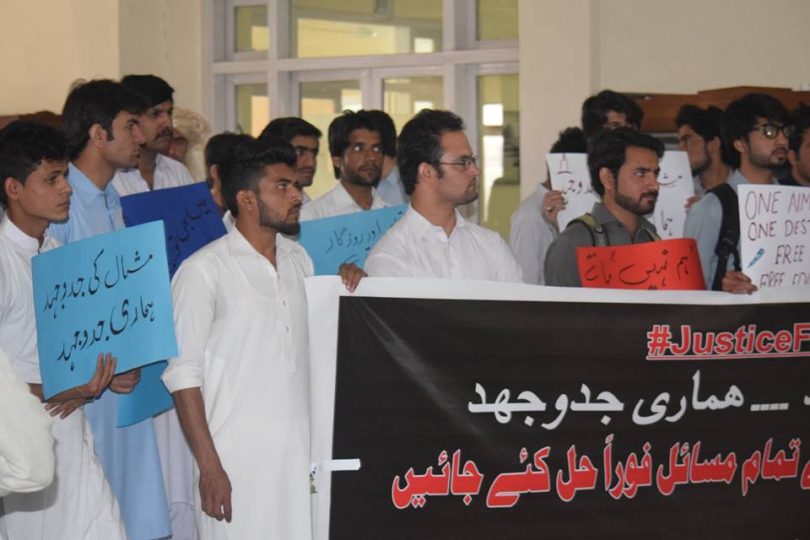 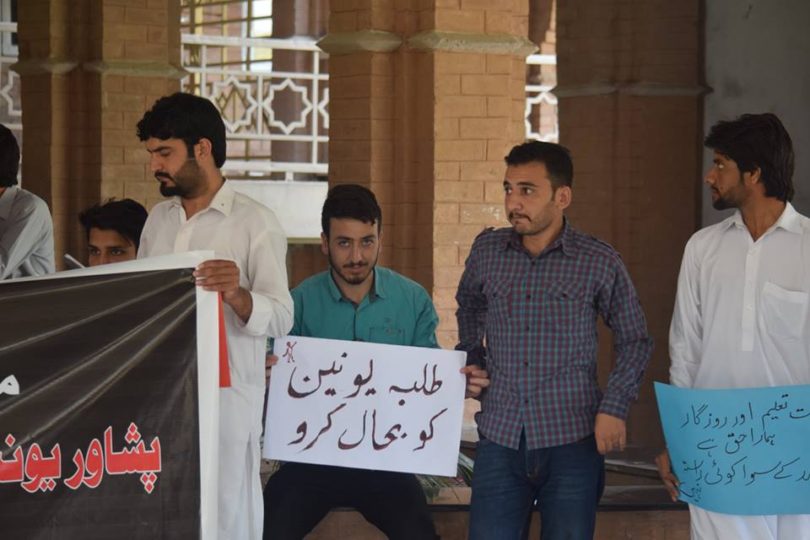 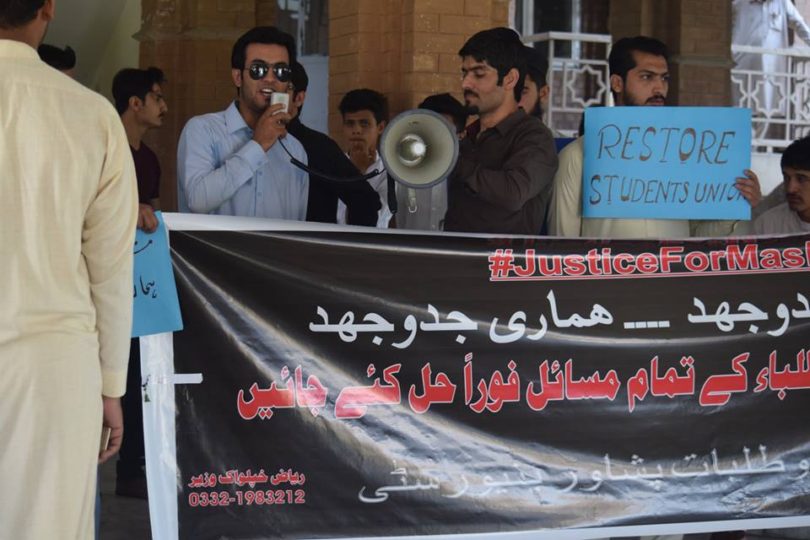 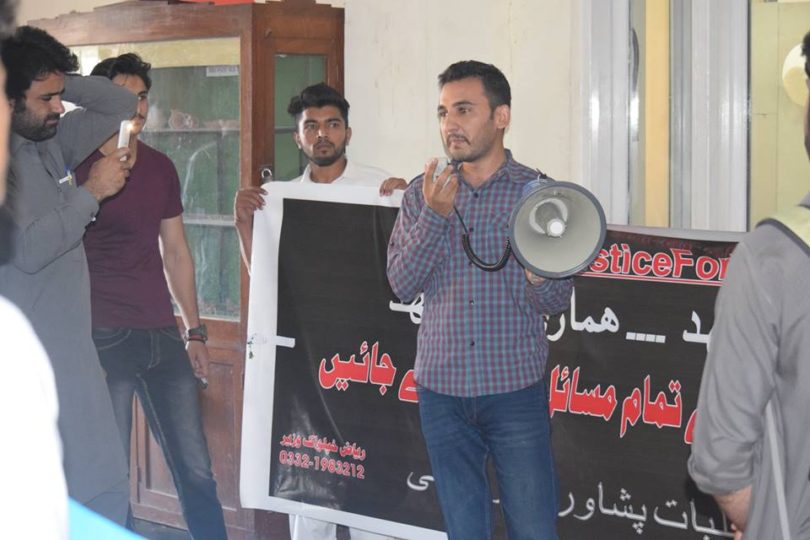 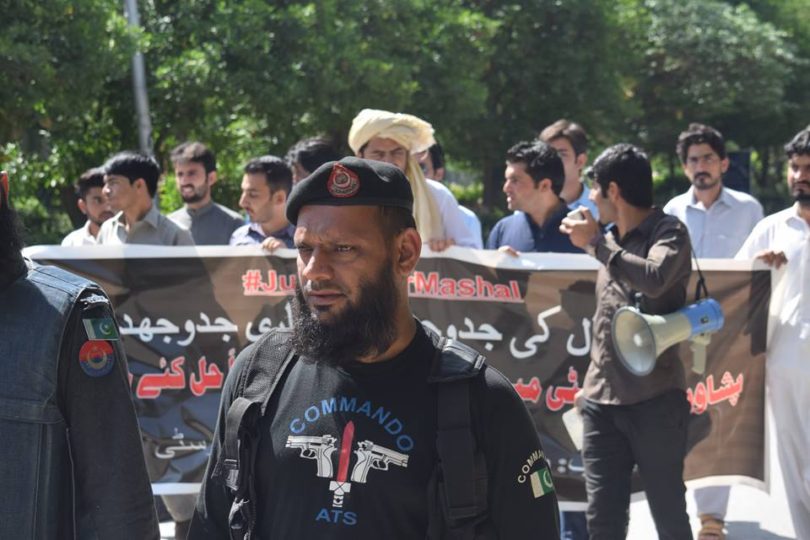 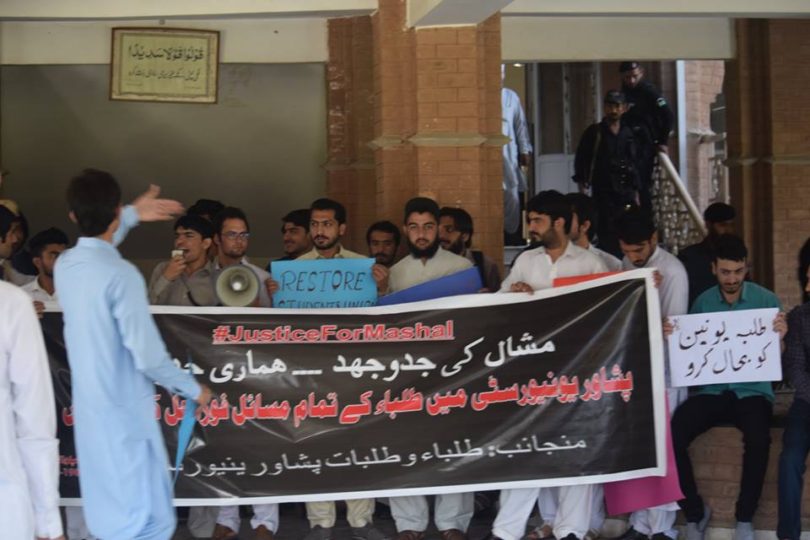 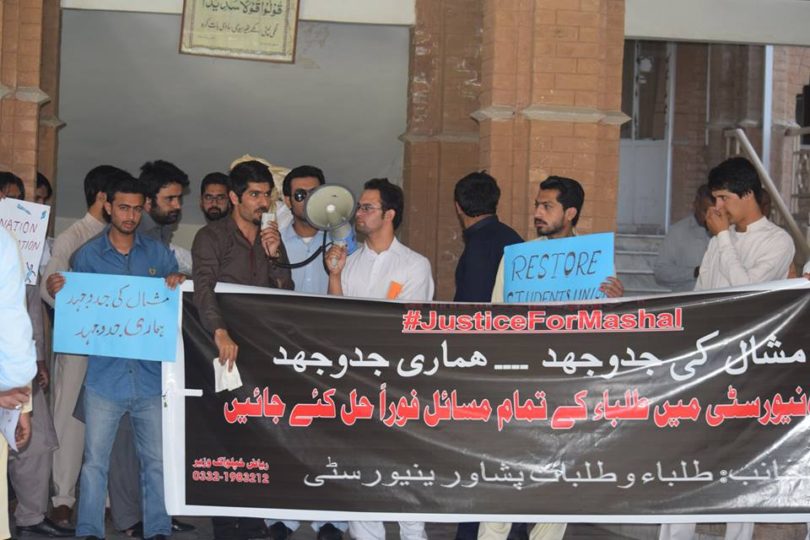