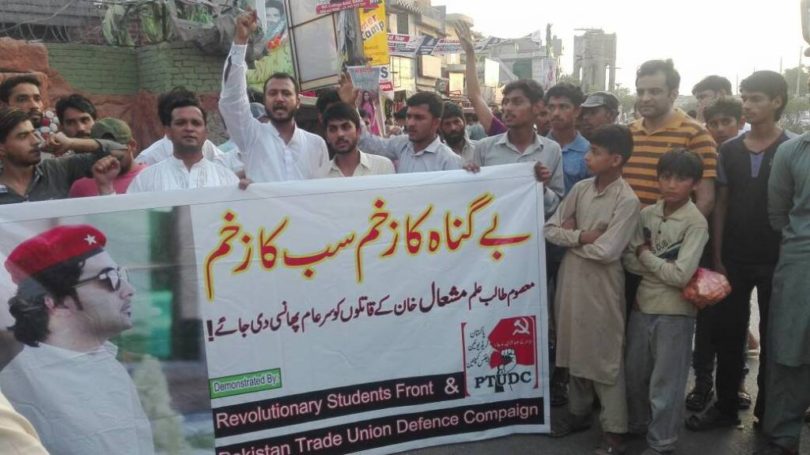 The increasing economic and political instability in the country has also increased social unrest. The discomfort in students and youth, including other layers of society, is turning into hatred. And it is expressed in different dimensions. And in these conditions, ruling class trying to suppress progressive voices through religious fascism. These views were expressed by the speakers on 22 April in Daska while addressing the protest against the murder of Mashal Khan. This protest was organized by Revolutionary Students Front (RSF) and Pakistan Trade Union Defence Campaign (PTUDC). The protestors said that the religious fundamentalists are using religion for their own interest under a specific agenda while on the other hand students are protesting against this barbarism. While talking to the media Ayaz Tipu Advocate, Syed Irfan Shah Advocate, Professor Sajad, Hassan, Sunny and Shoaib strongly condemned this incident and demanded that all those involved must be severely punished. 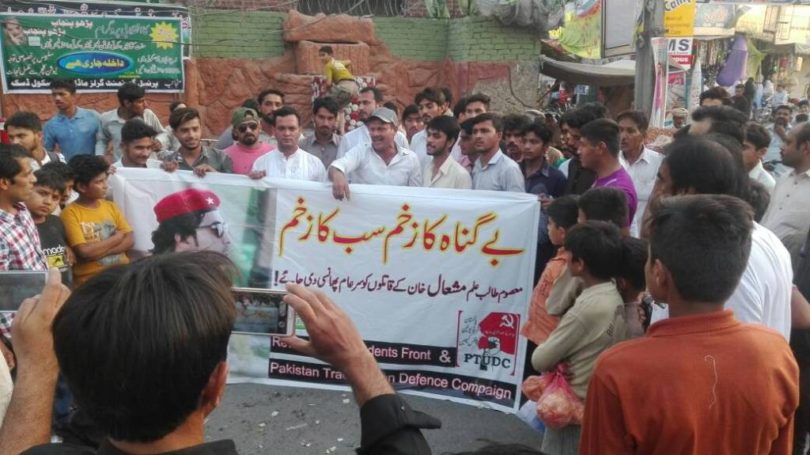 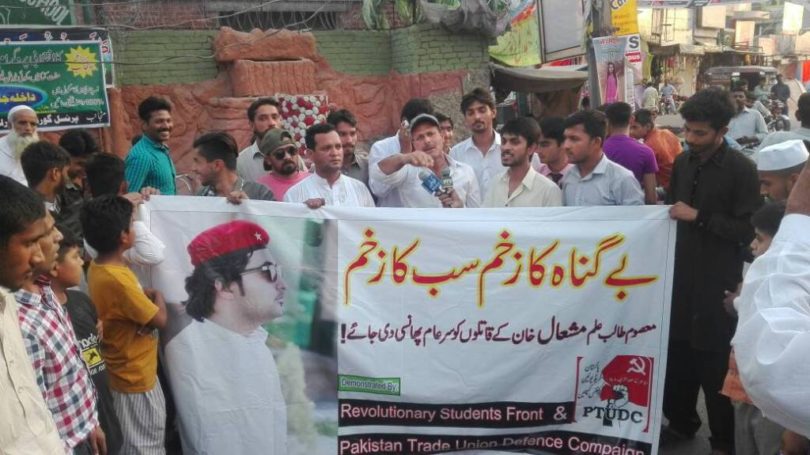 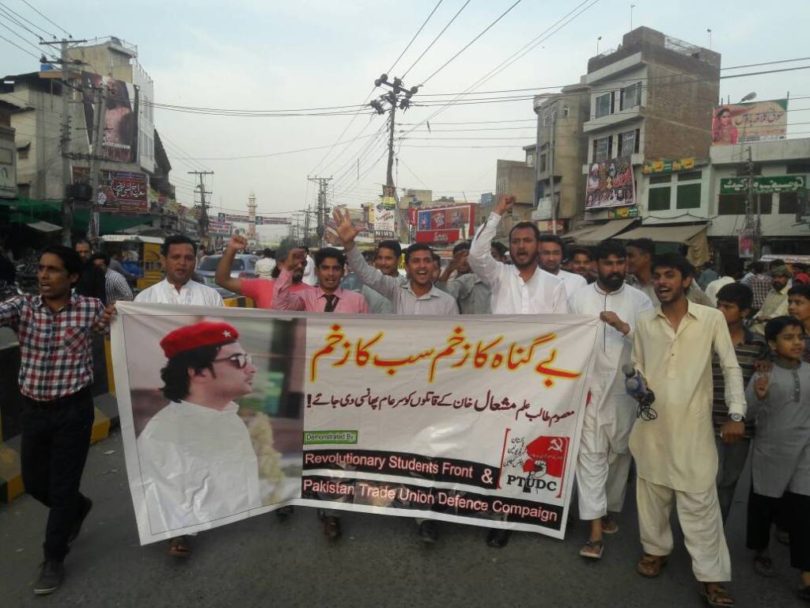 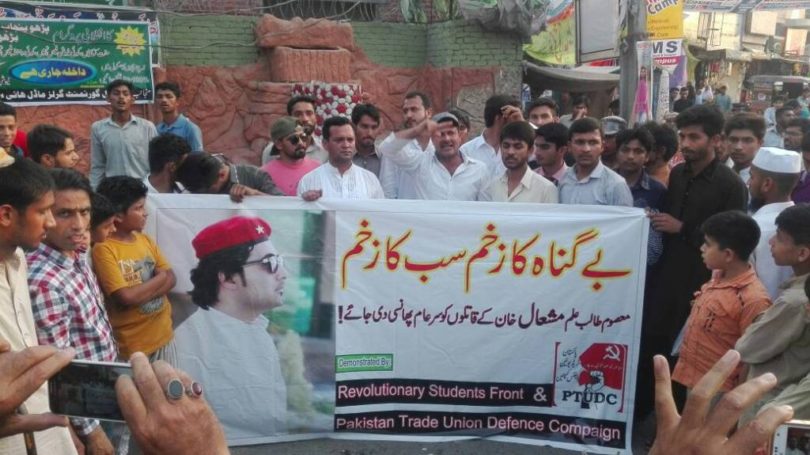 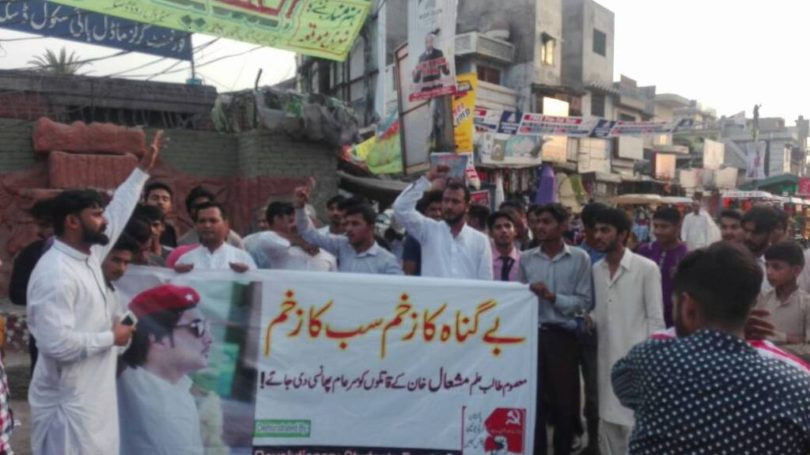 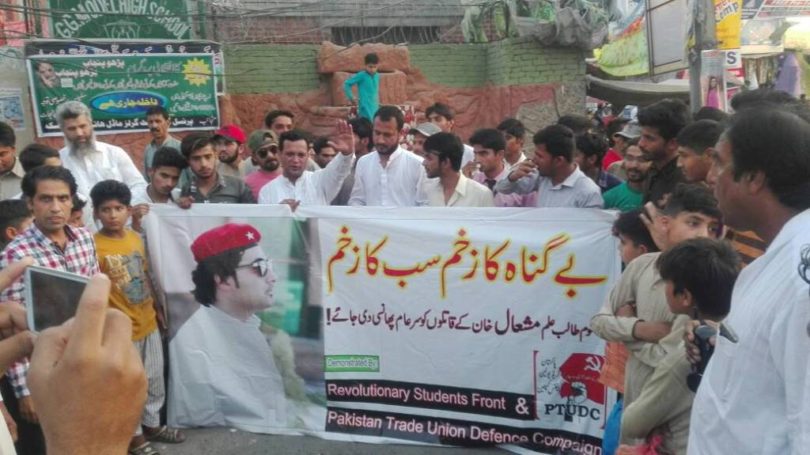