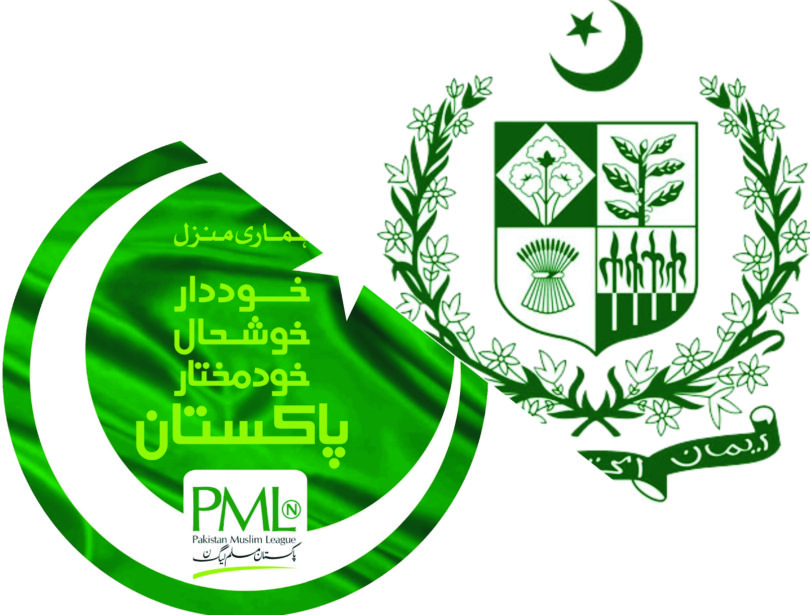 The political crisis has reached unprecedented levels after the dismissal of Nawaz Sharif even by the standards of calamitous political turmoil throughout Pakistan’s chequered history. Few in the establishment and their political allies had expected a rather insipid Nawaz Sharif, a product of the state, to march along the G.T. road ‘on the way home’ with a mutinous cavalcade defying the state and its institutions, particularly the judiciary. His defiance became more and more rebellious with the raging crowds swelling in numbers as the caravan moved forward. There was reportedly a split between the top leadership of the PML (N) on the question of the route for his Lahore sojourn. The faction led by Ch. Nisar was adamant that he should abdicate quietly and goes back via the motorway or by plane. While others in majority tacitly having Sharif’s support wanted a confrontationist exit. Ultimately they prevailed.

The victory of Kulsoom Nawaz in the NA120 by-election has reinvigorated the so-called hawks of the PML (N). Maryam Nawaz’s campaign, as if she was playing a ‘Joan of Arc’ in this election, was full of fury against the ‘establishment’. She defied all odds including the vile ravening of the vast majority of the corporate media echoing the ‘official narrative’ with a vengeance against the Sharifs’. In her interviews, she vowed to rather go down fighting than to surrender. Last Tuesday she said that her father ‘must not’ appear before the accountability court and fall prey to ‘political & personal’ victimisation in the garb of accountability. The state responded by freezing their assets with a threat to confiscation of all their wealth. The conflict is getting explosive. These are testing times for the Sharifs’ mettle.

However, Nawaz Sharif is no Lenin and Maryam is not Rosa Luxemburg. They are fabulously rich and are part and parcel of the system and the corrupt and callous ruling elite of this land. Sharif family is probably the most serious political representatives of the Pakistan’s bourgeois. This revolt of the ‘bourgeois’ partisans against their state reflects the gravity of the prevailing capitalist socioeconomic predicament. Political and state structures are reeling from its infliction. The equilibrium that was previously in the favour of the establishment seems to be disintegrating.

The extreme to which Sharifs’ and their loyalists are daring to attack their revered institutions is astonishing.  The state’s response seems to be hesitant and non-cohesive. This is a symptom of the internecine conflicts that the establishment is inflicted with. With increasing dissent, the indecisiveness of the masters’ of the state’s institutions is being laid bare. The corporate media has become another crucial ‘pillar’ of the state and is influencing the decisionmaking in the highest echelons of the system. The sections of Pakistan’s moneyed elite apart from financing the politicians late have had an increasingly profitable and viable tendency of heavily investing in the media industry. The onslaught of the media against the Sharifs also reflects the severity of the conflicts within the ruling classes of the country. Not only this instrument of (mis) information protects and justifies the investors’ means of financial accumulation but also helps them to extract favours from the centres of powers that be in Pakistan.

However, the validity of these traditional centres of the real power is now in disarray. In the past, there was one main imperialist intruder, the USA, that called the shots and a more or less a unified establishment that decided the politicians’ fate of getting into power in the periods of lull in society. But now there are many imperialist ‘friends’ who are intervening in Pakistan’s quagmire and have their conflicting interests that often erupt into clashes of their local proxies at various levels of the political and social structures of the country. Similarly with the intrusion of massive black capital the cohesion of the system seems to unravel. Hence we are witnessing the increasing indecisiveness and erosion of control. Some sections are desperately trying to obliterate the Sharifs from Pakistan’s body politic while others are more cautious of loosing out on a reliable cohort and hence resisting.

The other aspect of these imperialisms’ and factions of the state is their unreliability and frequent changing of loyalties and mutating their proxies in politics and elsewhere. The oppressed masses in Pakistan as those of the Middle East have become victims of the geopolitical and economic ambitions of these imperialist intruders due to the strategic location of the country. Baluchistan suffers due to its mineral wealth being targeted by these competing vulture capitalist conglomerates. The undermining of the formal economy by the ‘parallel’ economy has also intensified the crisis between the ruling elites. The upstart crony capitalists with their massive black capital plundered in short stints through criminal means are overwhelming the so-called classical bourgeois. The arbitration of the state in the disputes of the corrupt bourgeois factions blemishes itself in these quagmires of crime infested capitalist accumulation. With the burgeoning crisis of world capitalism and its even more decayed character in Pakistan aggravates this turbulence.

The prospects of any profound improvements in the economy and social conditions are bleak. There is a deep pessimism amongst the top experts of the state and the system. Sharif’s rival political leaders and parties are adhering to the powers that be. But with the contradictions within these centres of power they cannot beget the favours of being inducted into the echelons of political power as easily as in the past. There is a widespread notion that it’s the state’s agencies that can fabricate the election results, install and oust governments and can execute every act with impunity in this country. This is quite far from the truth. The state agencies, particularly, in elections can only manipulate to a very limited extent. And that is also only possible in periods of political lull. The parties who have lost the support of the people and cannot garner a substantial number of votes cannot be brought into power by the spooks. Nor would those centres of power be willing to do such favours. Why would they?

The ultimate aim of all the manoeuvres of the system’s elites is to pacify and keep the masses in check. With the advent of a mass uprising these very adversaries who are now at each other’s throats would coalesce in no time. However, the current turmoil reflects that even without a widespread unrest and lack of resistance movements at present the ruling classes cannot sustain any political and social stability. Lenin wrote in his epic work, ‘Imperialism, the Highest Stage of Capitalism’, “The epoch of finance capital and monopolies, which introduce everywhere the striving for domination, not for freedom. Whatever the political system, the result of these tendencies is everywhere reaction and an extreme intensification of antagonisms in society and the state”

What is significant to understand is that the ordinary people have lost hope in this politics and system. These stand exposed. With or without Sharif the ruling elites cannot develop prosperous, peaceful and stable society. Their economic foundations are contradictory, corrupt, eroded and dislocated. There is a seething discontent of the masses in the womb of society. Even if it has not erupted in the arena its heat is disrupting the rulership of the incumbent system. With the worsening crisis, this simmering revolt in the arteries of the working classes will spill onto the streets. At that juncture, peoples’ politics based on a class struggle for the salvation of the oppressed shall commence!