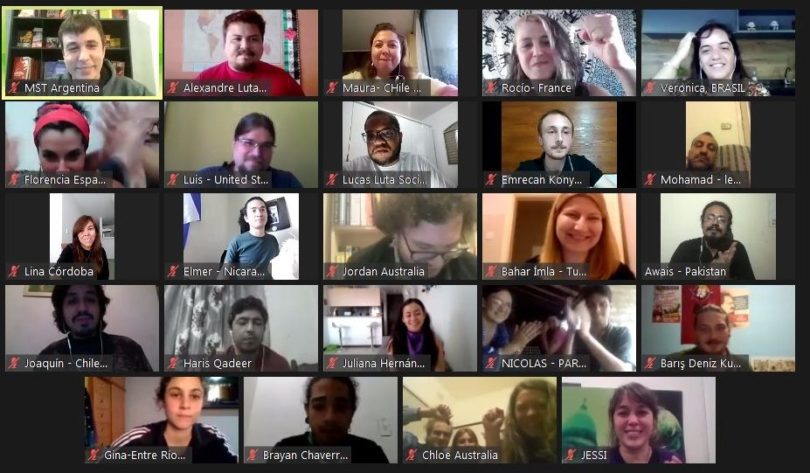 The International Conference of Young Socialists organized by the International Socialist League was a success. The balance sheet is overwhelming: organizations and participants from all over the world enthusiastically followed the event, exceeding all expectations.

A huge assembly of militants from every time zone on the planet. From Pakistan and Kashmir in South Asia, to Ukraine and Russia in Eastern Europe, to the Middle East and Lebanon in rebellion, Turkey between Asia and Europe, with Australia at the other end and from there to Nicaragua and Central America, but also Spain, France and Europe, the United States and to the south, the Chile of the revolution of the youth, the anti-fascist Brazil that is starting to move and Argentina that accumulates contradictions and prepares to do so. In fact, all of Latin America was represented! With participants following attently from Malaysia, Western Sahara, India and Switzerland. Exciting and emotional. This single x-ray of the composition of yesterday’s, 20 June 2020, meeting is proof of its success, of its need and of the enormous potential of the youth who are looking for a way out through socialist ideas and militant organization. For this reason, the online platform’s capacity of 1,000 participants was surpassed by registered and interested people hours before the event, and until just before starting, we continued to receive requests to participate from the most diverse corners of the world. That is why it was necessary to expand the capacity and incorporate social networks to stream the event to several thousand others. With logistics that ensured simultaneous translation into English, Spanish, Arabic, Turkish and Portuguese. With this determination and organizational effort, a greeting from the ISL Coordination welcoming participants on behalf of Alejandro Bodart, kicked off this unprecedented experience on the international left. 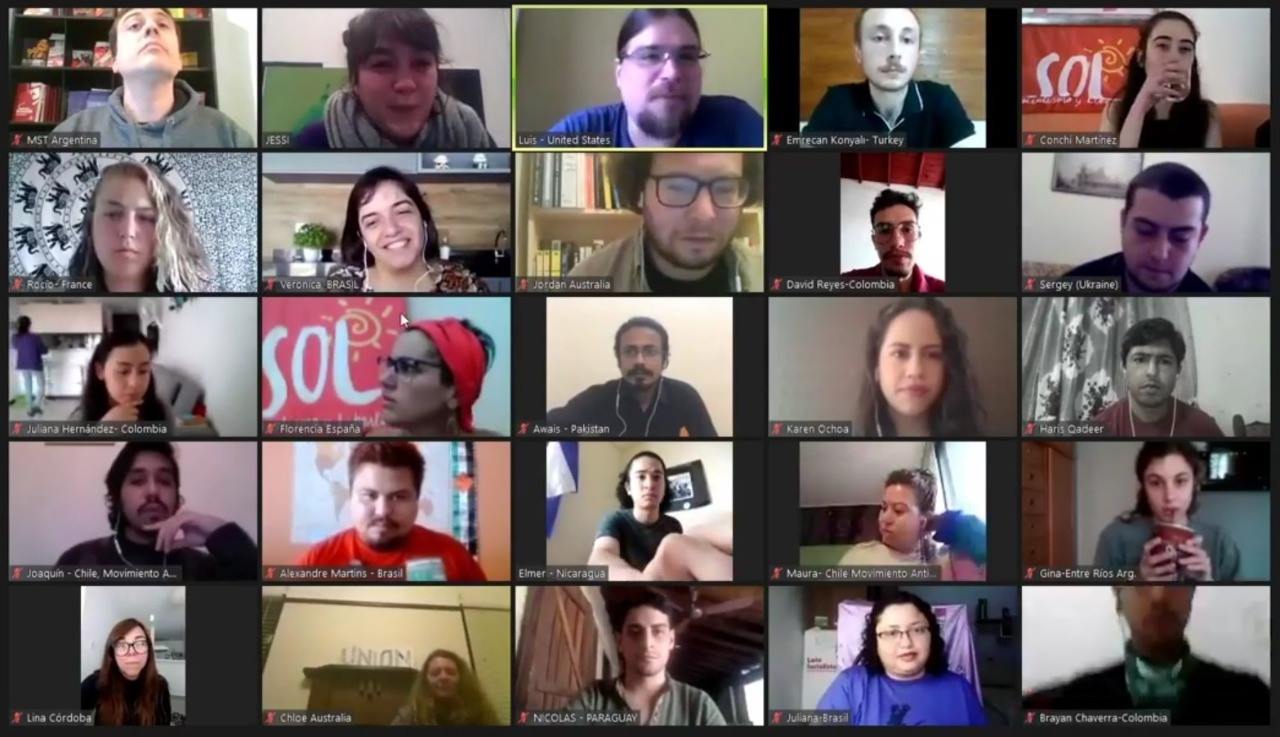 The Struggles That are Not in Lock Down

The world is changing with the pandemic and nothing is likely to be the same again. The capitalists are preparing their way out, the only one they know for crises and for the majority of the planet: more labor exploitation, especially for youth; more unemployment and misery; more racism; more oppression of women and LGBT+ people; more state repression and more destruction of nature. But, there was a question that many asked themselves and some already say that they knew the answer, and it was: Will the pandemic freeze the struggles, the rebellions, the revolutions in the world?” And the rebellion arrived in the heart of the empire, in the United States, to answer that question; And the masses in Lebanon, France, Brazil, and all of Latin America returned to the streets with fury, the people begin to move because our struggles are not placed on lockdown! And a fundamental feature of these rebellions, of these struggles that are taking up all over the world, is the prominent role played by youth who work precarious jobs, the students, the victims of racism and all oppressions, the youth who struggle occupying this present and prepares to build another future, opposite to what capitalism offers.

The Fear of Those in Power, Their Lies and Our Purpose

Those who rule the world, their governments, their parties, their intellectuals, their media, want us to believe that there is a good version of capitalism. That what is failing is the “neoliberal” version, but that there is a “progressive,” “humane” model of capitalism. It is the typical ideological campaign in times of crisis! They intend to confuse the radicalizing youth, who are instinctively anti-capitalist, from their real experience, so that they do not adhere to the ideas of social change, of revolution, of socialism! But the only thing they have to offer us are words, speeches: not decent work, nor free and universal quality education, nor freedom, nor the right to choose, nor nature, nor anything. They are afraid, that is why they revive the old reformist ideas of capitalism with a human face! Theirs is a utopia, because the fight to change world is the most realistic of proposals. And that is the main purpose we have: to turn over absolutely everything.

The Causes of the Youth Have No Border

The deliberation of the Conference was very rich, reflecting the reality of working and student youth in the most varied regions of the planet. In addition, the exchange of experiences came from real interventions in the class struggle, the ideological struggle and the stubborn tenacity to build organizations. In this context, a review of the presentations of the representatives of the different countries leaves a list of truly common causes:

Our international organization is open to each and every fighting activist in the world. Hundreds of independent young people participated in this International Conference, they came to get to know us. Because the ideas of the revolution are more valid than ever. Because false illusions in capitalism fall, they are overthrown, like the statues of racists and slavers. The task of all ISL militants in each country is now to bring the main conclusions of yesterday’s event to all the new activists who approached us and to all the young vanguard that is mobilized in all countries. To all of them, we want to propose great challenges and concrete action: organize and fight for these causes that unite us, in the trench opposite those in power. To build the international tool can allow us to achieve that dream, which is realistic, that necessity that is a government of those from below, the workers, the youth, and all the poor peoples of the world. This conference has organized at the service of this great historical and present objective, in this time of rebellions and revolutions. The International Socialist League is at the service of this strategy of the time that we are dealing with.