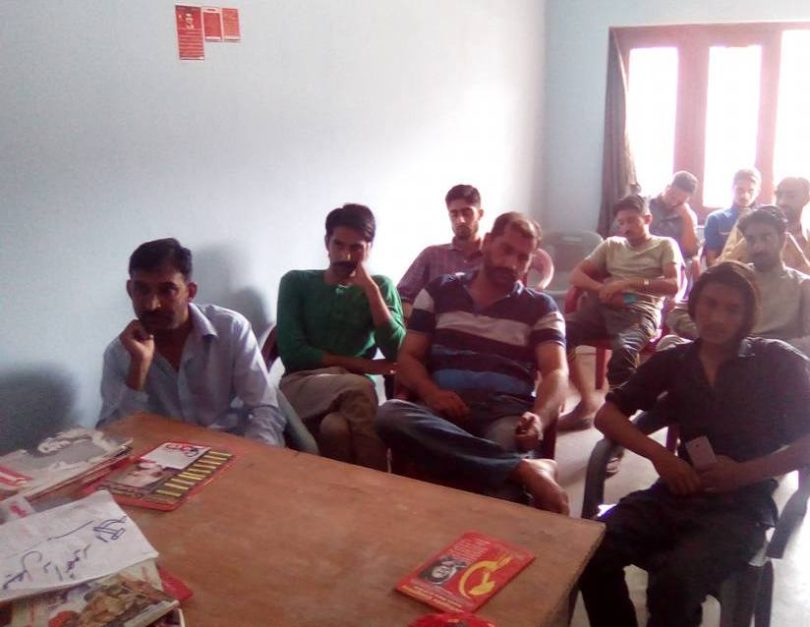 On 26th May 2018, One Day Area Marxist School was held at The Struggle’s office, Muzaffarabad. The school has one session titled ‘What is Socialism?’ The session was chaired by Murawat Rathore and Tariq Chugtai led the discussion. Tariq explained the Socialism on the scientific basis by putting light on the differences between class-based and classless societies, their production, means of production, forces of production and relations of production. He said socialism is the only system through which mankind can get rid of this class based society and can develop their society and means of production to that extent (Communism) where they will be unfamiliar to hunger, poverty, inflation, unemployment and all issues like that, and will discover and unveil the Universe. Naveed Ishaq, Awais Ali, Basit Baghi, Faisal Rathore and Khawaja Mujtaba intervened in the discussion. Rashid Sheikh answered the questions and summed up the discussion. The School was concluded with the Workers’ Internationale anthem. 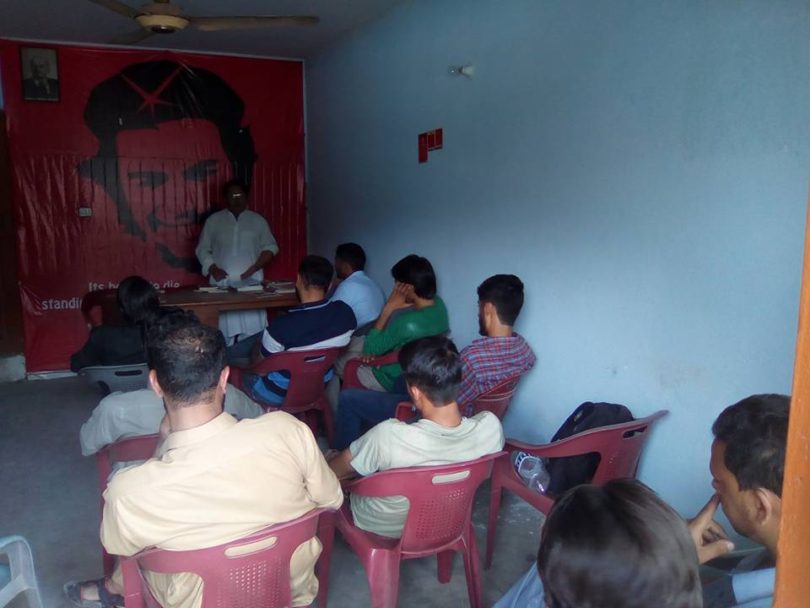 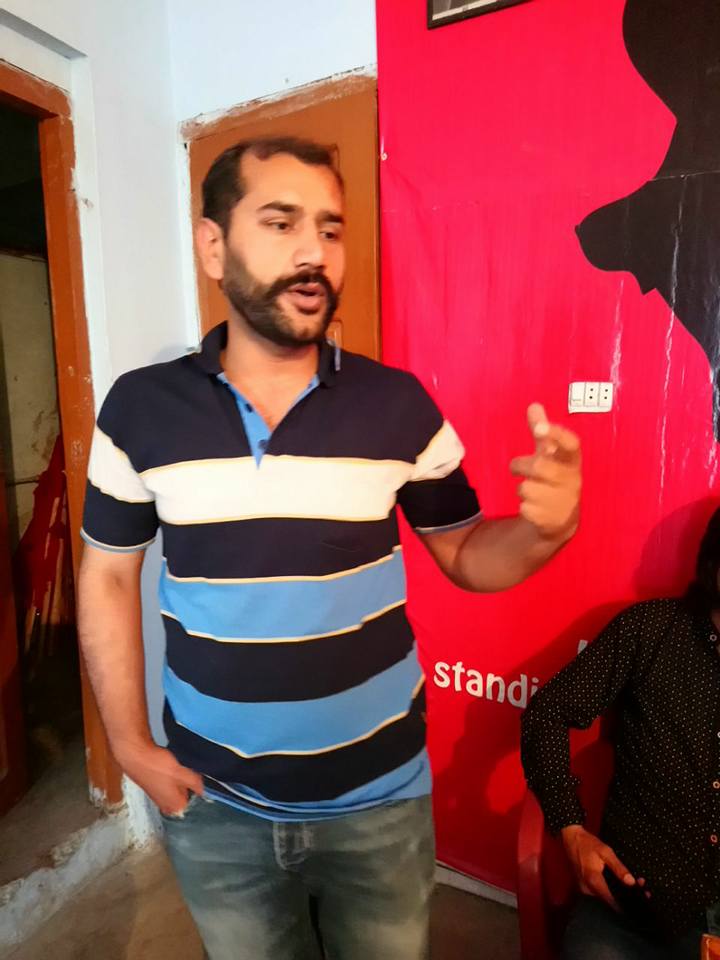 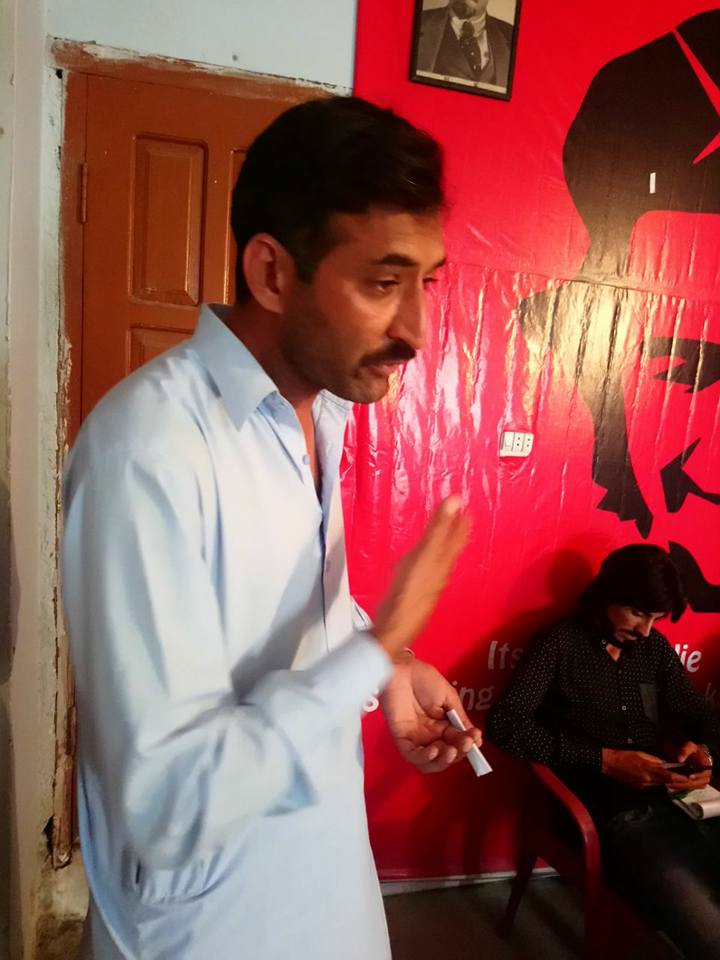 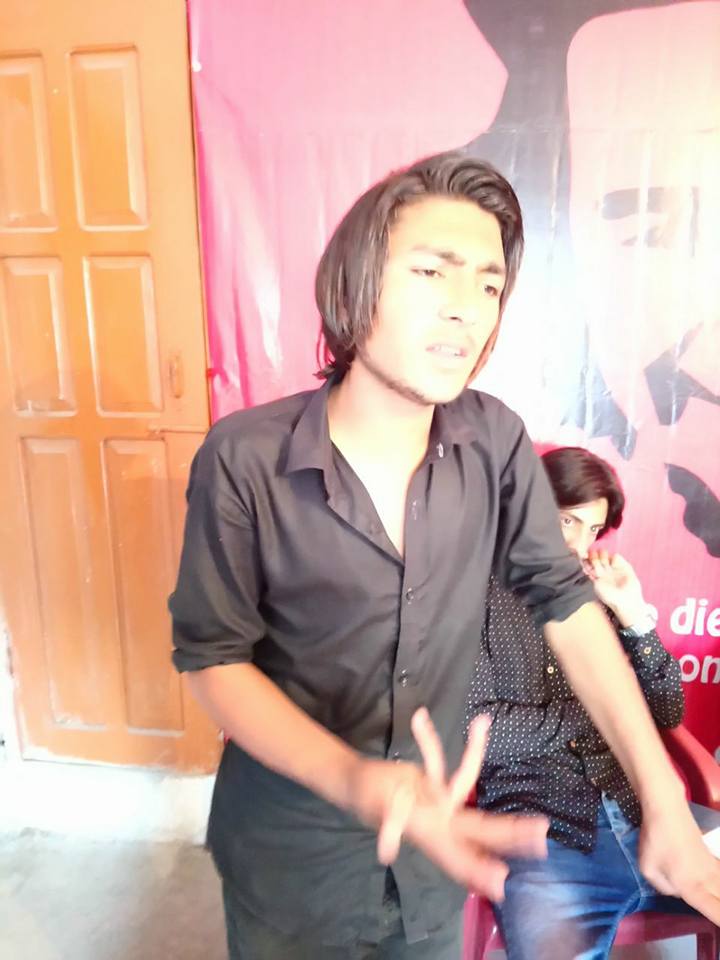 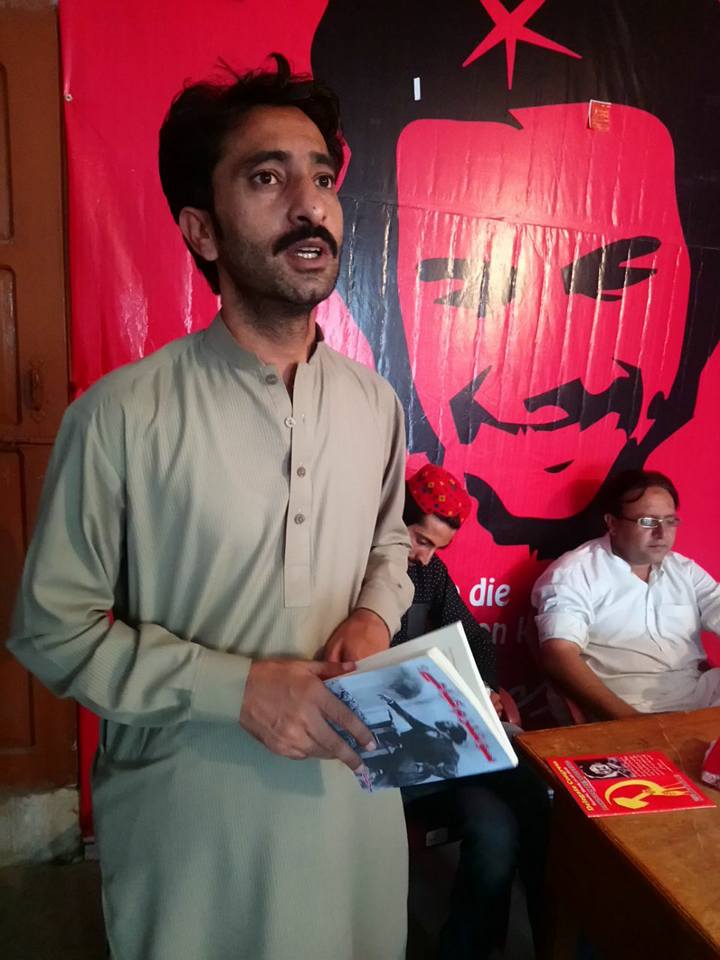 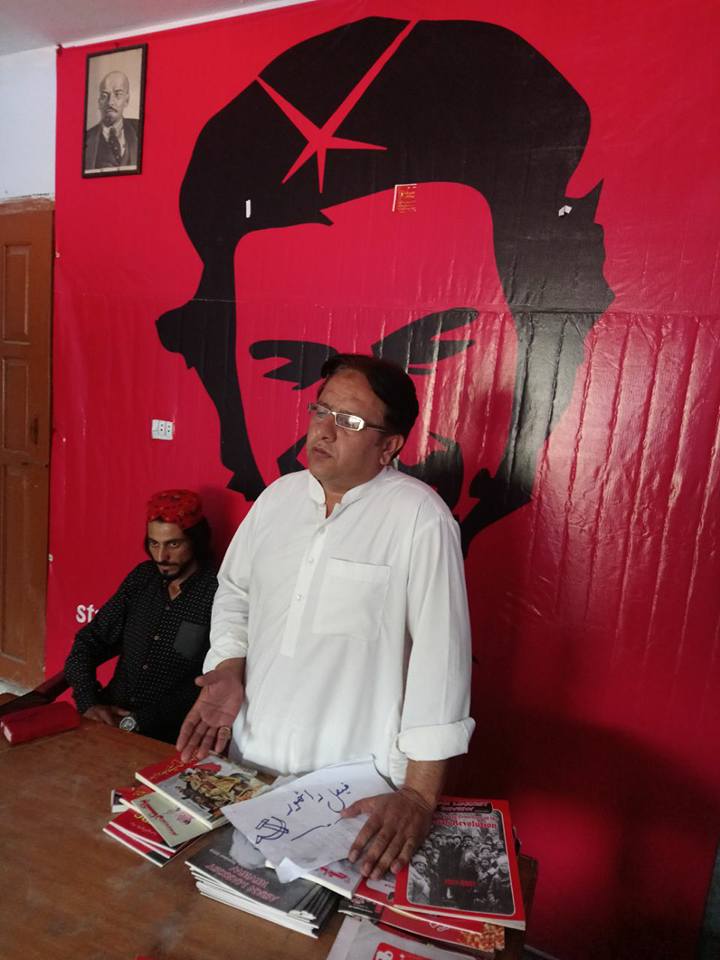 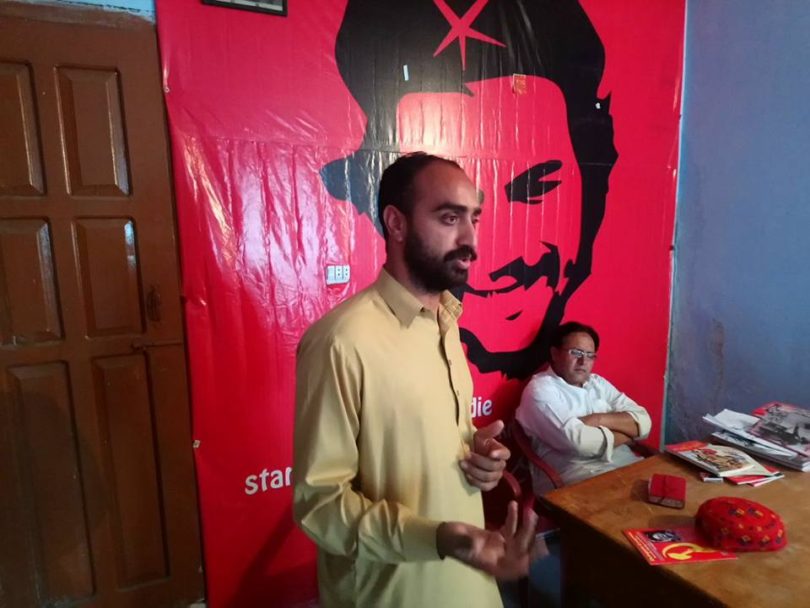