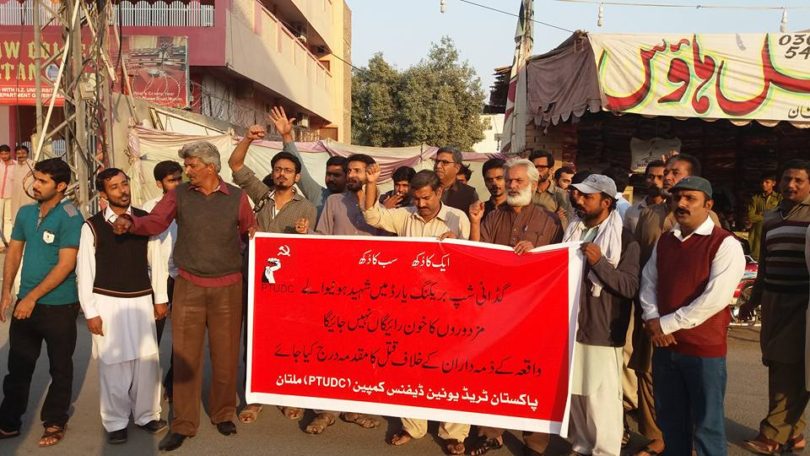 On 13th November 2016, Pakistan Trade Union Defence Campaign (PTUDC) called a protest in which workers and youth participated against the brutality occurred in Gadani Ship Breaking Yard, that killed more than 50 workers. and left many missing. The accidents become routine in Yard, minor injuries become norm. There are no social security or medical assistance for workers. Workers from Railways, OGDCL, Lawyers and students participated in the protest and demanded the immediate arrest of the responsible administration, contractor and owner. The demonstrators chanted slogans against poor administration of government and contractors 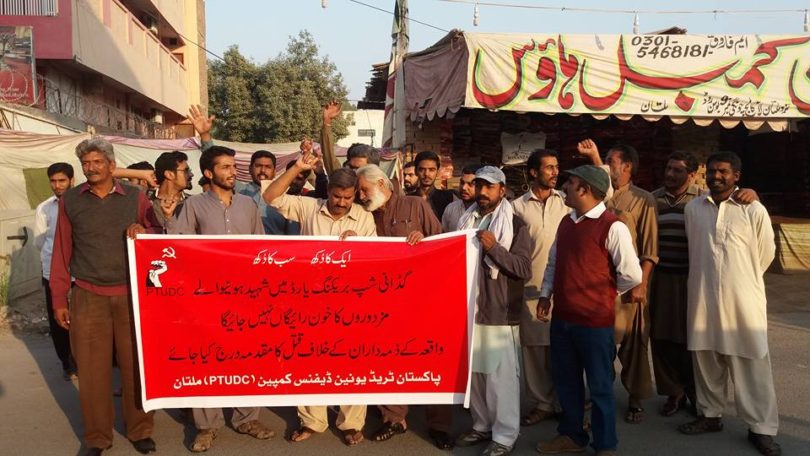 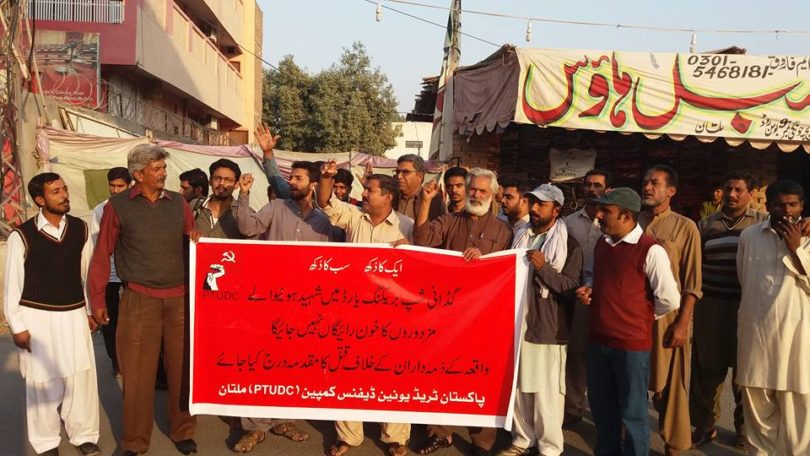 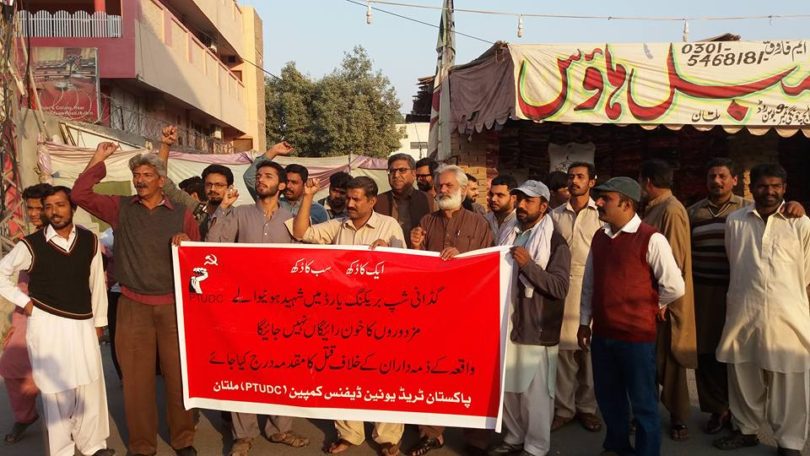 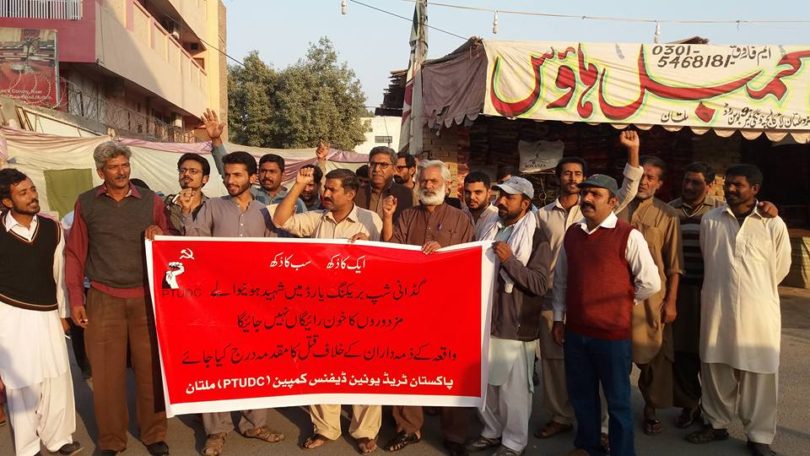