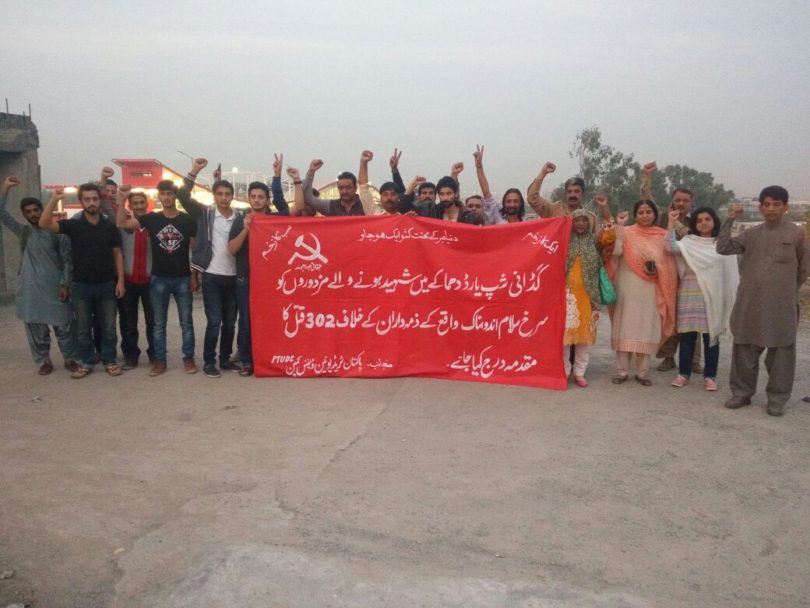 On 9th November, 2016 Pakistan Trade Union Defence Campaign (PTUDC) organised a protest against the cruel accident happened in Gadani Ship Breaking Yard due to the negligence of administration and contractor’s lust for profit. More than 50 workers burnt to death due to the blast while breaking a ship.  Demonstrators demanded social security, medical assistance, the better working environment  in Gadani Ship Breaking Yard. They chanted slogans against poor administration of government officials, contractor and owner who are directly and directly responsible for this disaster. Protestors demand compensation for families of martyrs and immediate arrest of responsible.

Dr Changez of PTUDC spoke to the demonstrators and condemned the poor working conditions while demanding the arrest of negligent officials and relief for the families of martyrs.