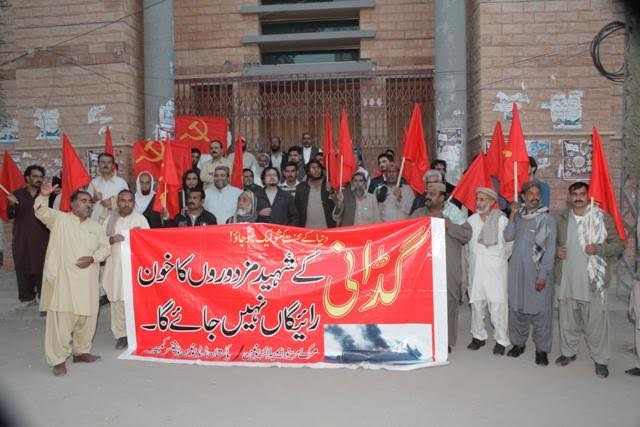 On 7th November 2016, a protest was organized by Pakistan Trade Union Defence Campaign (PTUDC) and Mark Employees Union in front of Quetta Press Club against tragic incident in the Gadani Ship breaking yard, which killed more than fifty workers and many missing. Protestors chanted slogans against contract system, capitalism, incompetent administration and government and labour department who are directly or indirectly responsible for this massacre.

Manzoor Baloch from Mark Employees Union, chairman PTUDC Nazar Baloch, Gulam Rasool and Ali Raza Mangol spoke to the demonstrators. They said working conditions in Gadani ship breaking yard are inhuman. There is no social security or any facility for workers. Labour department and government is silent and getting their commissions, while investors and contractors are making profits in billions. And at the same time workers are dying, there are not killed by the fire or blast but by these monsters and this system killed them. The protestors demanded immediate arrest of owner of ship, contractor and labour department officials under the FIR of murder. They also demanded an announcement of relief package for the heirs of martyrs and injured. 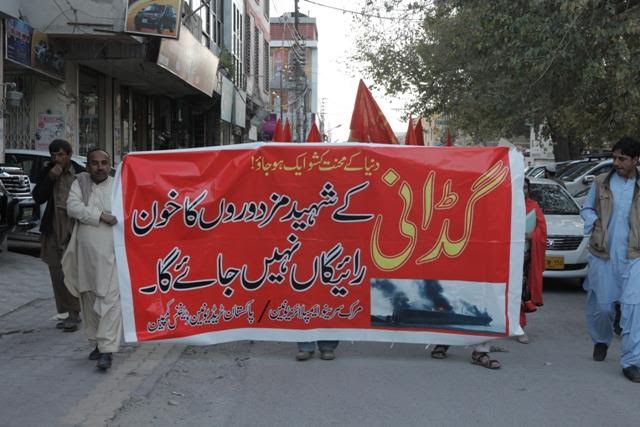 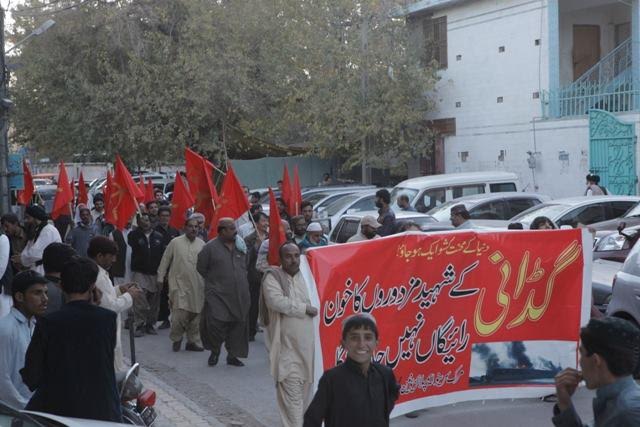 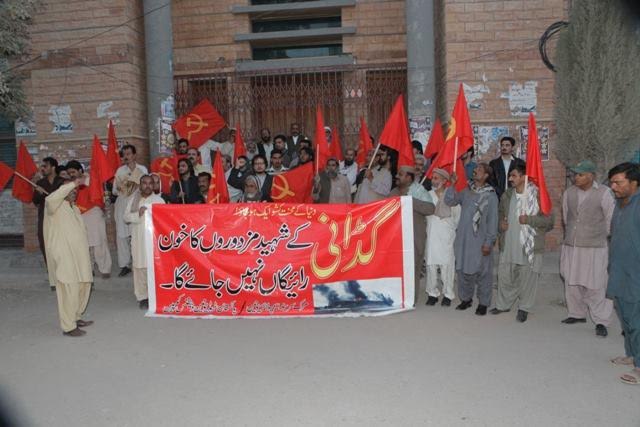