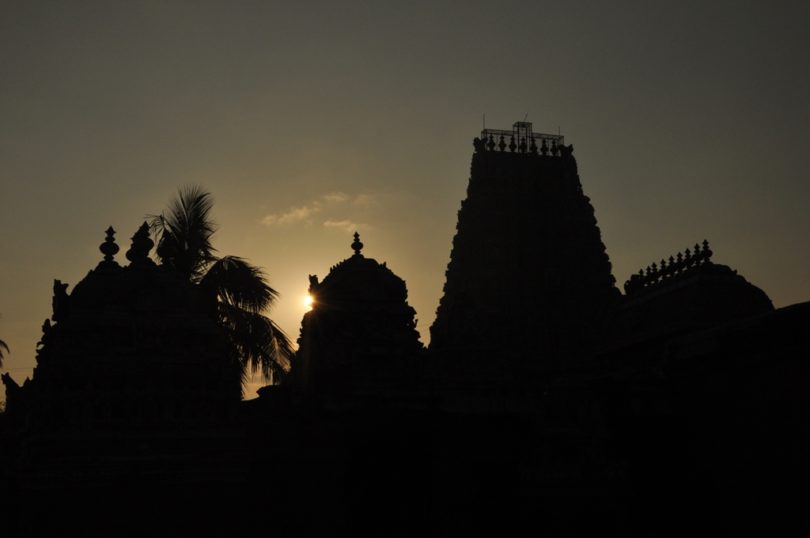 The proposed construction of a Hindu temple in Islamabad has caused the religious fanatics of the country to spew their venomous religious hatred towards religious minorities yet again. The former Chief Minister of the Punjab province Pervaiz Elahi even released a video on social media and opposed the proposed construction of Hindu temple, terming it anti-Islamic act. A video is making rounds on various social media outlets in which the incomplete boundary wall of the proposed Hindu temple in Islamabad is being demolished by a religious zealot. Initially, the Islamabad High Court had given the go-ahead for the construction of temple but given the backlash of religious fundamentalists the Prime Minister Imran Khan has now referred the issue to the Council of Islamic Ideology, a constitutional body entrusted with the task of determining whether a given law or action is in accordance with the Islamic teachings or not. This whole affair has once again exposed the grim reality of fundamentalism having strong roots in the highest echelons of power which over the years have permeated society creating a general tendency of abomination towards religious minorities.

Apparently, the construction of the temple was halted by the Capital Development Authority for legal reasons. It is not the first time that a government knelt before the religious obscurantism. Last year the provincial government of Sindh led by the “secular” and “progressive” Pakistan Peoples’ Party retracted from a proposed bill against forced conversions of religious minorities mainly Hindus, when threatened with protests by religious parties. In recent years the forced marriages and later forced conversions of Hindu minor girls have rapidly increased in Sindh. Minor Hindu girls are abducted by Muslim goons; they forcibly convert and then marry them. The unfortunate Hindu parents are then hapless before such incidents since strong religious fundamentalist parties are fully supporting these abductions and forced conversions of Hindu minor girls.

Religious fundamentalism and hatred have never been on such a gigantic scale on this land, at least on the state level. Indian subcontinent was a vast land encompassing thousands of religious sects. Organized religious hatred is a legacy of British colonialism. The British rulers guilefully inculcated the religious venom into the veins of society to prop up their imperial rule in the Indian subcontinent. They cunningly carved it into an enduring policy which would serve their imperial interests. The ancient Roman dictum of “divide and rule” was their watchword. In the first census carried out by the British colonialists in 1872, the religious column was consciously added for the first time to determine the religious demography of the country.

In the same way, they tried to fabricate every kind of religious animosity possible between Hindus and Muslims. For example, throughout centuries cow slaughter had never been a source of religious animosity among people. Hindus would also consume beef except the Brahmans. With the advent of British colonialism it became a permanent bone of contention between Hindus and Muslims. The first formal “Cow Protection” movement started with the establishment of Arya Samaj by Dayananda Saraswati in the late nineteenth century. For the first time, this impression was consciously promoted that all cow slaughterers and beef eaters are Muslims. The present mob lynching of Muslims for cow slaughter in India is the byproduct of British policies in this land.

Similarly, the conflict around the Babri mosque in Ayodhya, India is also a leftover of the crimes of British imperialists. Hundreds of people have been killed in the riots related to Babri mosque demolition in 1992. It all started in the early 19th century when a British officer Francis Buchanan-Hamilton surveyed the area and claimed that Babri mosque was actually constructed upon a demolished Hindu temple. The British colonialists and later the Indian and Pakistani ruling classes have used this conflict for two centuries to perpetuate their criminal rule. The hindu-Muslim conflict was the cornerstone of British rule in India. Winston Churchill once claimed that Hindu-Muslim feud was the bulwark of British rule in India.

The national liberation movement of Indian subcontinent was derailed on religious lines by British planted Indian National Congress (a purportedly Hindu party) and All India Muslim League (a party of Muslim landlords and elite). The movement was so robust and vigorous that it could not only kick out the British but also end the rule of capital. In that case, it would have been a massive blow to world capitalism. The 1946 revolt of Royal Indian Navy struck great terror among the British colonialists and their local stooges. Though the revolt was crushed but it had all the hallmarks of a bad omen for the capitalist rule in India. The British could not leave behind a united India. The British left but the Indian subcontinent was divided on religious line which led to one of the most horrific religious slaughter of modern times claiming more than two million lives of both Hindus and Muslims.

Ever since the so-called independence, the ruling classes of both India and Pakistan have failed to build a modern capitalist state. The technical backwardness and the belatedness of the bourgeoisie of these two countries have forced them to the servitude of imperialism. They utterly failed in bringing any respite in the lives of ordinary people. They lack the required technological advancement for rapid socioeconomic development due to their historical incompetence. The ruling classes have failed to acquire a social base through socioeconomic progress because the meager development that was brought about could not trickle down to the vast majority of society. That’s why the ruling elite of both countries have continued the British legacy of “divide and rule” fomenting religious animosity to diffuse the revolt of the oppressed against economic socioeconomic hardships.

The religious partition of Indian subcontinent was an attempt to obliterate the 5000 years old civilization of this region and paved the way for a religious frenzy that was to afflict sufferings upon sufferings on the masses. Though Pakistan was created upon clear religious Islamic slogans that made it an Islamic republic, but despite its secular semblance India is not a secular state either. It has all the hallmarks of a Hindu theocratic state. The Indian elites have always used religious antagonism to prop up their faltering rule. Moreover, a country born out of a religious feud can never be a secular state.

Similarly, religious fundamentalism is part and parcel of Pakistani state as it was a country manifestly constructed on religious fanaticism. It has evolved ever since but towards more obscurantism. Soon after Pakistan’s independence, a religious pogrom broke out in Lahore and many parts of the country against Ahmadiyya movement. The riot was quelled through military action but it was a clear foreboding for the future. Though Afghan Jihad transformed the social fabric of Pakistan and emboldened the religious fanatics, but even before the reactionary Afghan Jihad the religious fanatics had deep roots in the echelons of power. They even compelled the then Prime Minister Zulfiqar Ali Bhutto to declare Ahmadis non-Muslims and ban alcohol.

Afghan Jihad, which was commissioned by US imperialism against Afghanistan’s nascent Saur Revolution, strengthened the religious reactionaries in Pakistan. The black money coming from the drug trade and arms sales further bolstered them. They infiltrated all the state institutions, thus increasingly fortifying the state’s theocratic contours. Afghan Jihad was not an accidental phenomenon that transformed Pakistan’s religious configuration rather it was the logical end of the historical crimes of ruling classes.

However, the Islamic fundamentalist parties and other sectarian outfits have never had sizeable political support in society. Even in ordinary times, they are on the fringes of the political spectrum. Given the religious carnage in the last decades in the country, these outfits have further reduced their bases in society. They could never attract the electorates in elections either. Despite this, in the absence of a revolutionary alternative, they wield moral repression on the minds of general public. They have worn out their historical utility for the preservation of the ruling capitalist system. But the system which engenders religious hatred needs to be abolished. The liberal idea of reforming and “correcting” the belated Pakistani capitalism to make secular and humane is a farce. This system is rotten to the core. The further this system persists, the more religious violence it incites. A revolutionary overthrow of capitalism in Pakistan and India will immediately undo the religious partition of Indian subcontinent which will then uproot the scourge of religious fundamentalism.