The arrival of the monsoon rains after a historic drought and heat wave has generated devastating floods in Pakistan. The ongoing catastrophe reveals the criminal consequences of climate change caused by capitalist production and the lack of basic infrastructure as a result of long decades of neglect and disinvestment by the Pakistani regime.

33 million people are affected by the floods, thousands have died or are missing, tens of thousands have lost their homes and all their belongings. Government aid to victims is virtually non-existent. The workers of the world must help our brothers and sisters in Pakistan. They urgently need our relief.

Our comrades of The Struggle are carrying out the “Revolutionary Flood Relief and Protest Campaign” with organized committees in all affected areas throughout the country. They are distributing food, water, tents and medicines. A special section of the campaign is taking care of distributing particularly needed feminine hygiene products.

The campaign is not only about providing aid. As the campaign’s leaflet explains: “These committees, besides relief and protest campaigns, would organize awareness campaigns in the masses regarding the vulnerability of the present situation. We maintain that the ruling classes, including capitalists, landlords and imperialist NGOs, along with their institutions of class rule and status quo only believe in exploitation and the plunder of public resources. We can’t place our class brethren and sistren in flood affected areas at their mercy. Only the exploited and the oppressed can understand the pain of the other exploited and oppressed.”

The comrades of The Struggle are carrying out a monumental task, but the needs they face far exceed the material means at their disposal. For this reason, the International Socialist League, in addition to sending our solidarity to the people of Pakistan, is promoting an international fundraising campaign so that our comrades can buy more food, water, tents, medicines and other necessities to reach the thousands and thousands of flood victims. Campaign details can be found here.

You can collaborate in the following manners:

1. Direct transfers to the campaign’s bank account in Pakistan:

2. Getting in touch with comrades of the ISL parties and groups, who are raising funds locally in each country to transfer to the campaign account in Pakistan.

3. To send solidarity messages of to ask any question, write to: ligainternacionalsocialista@gmail.com or editor@marxistreview.asia 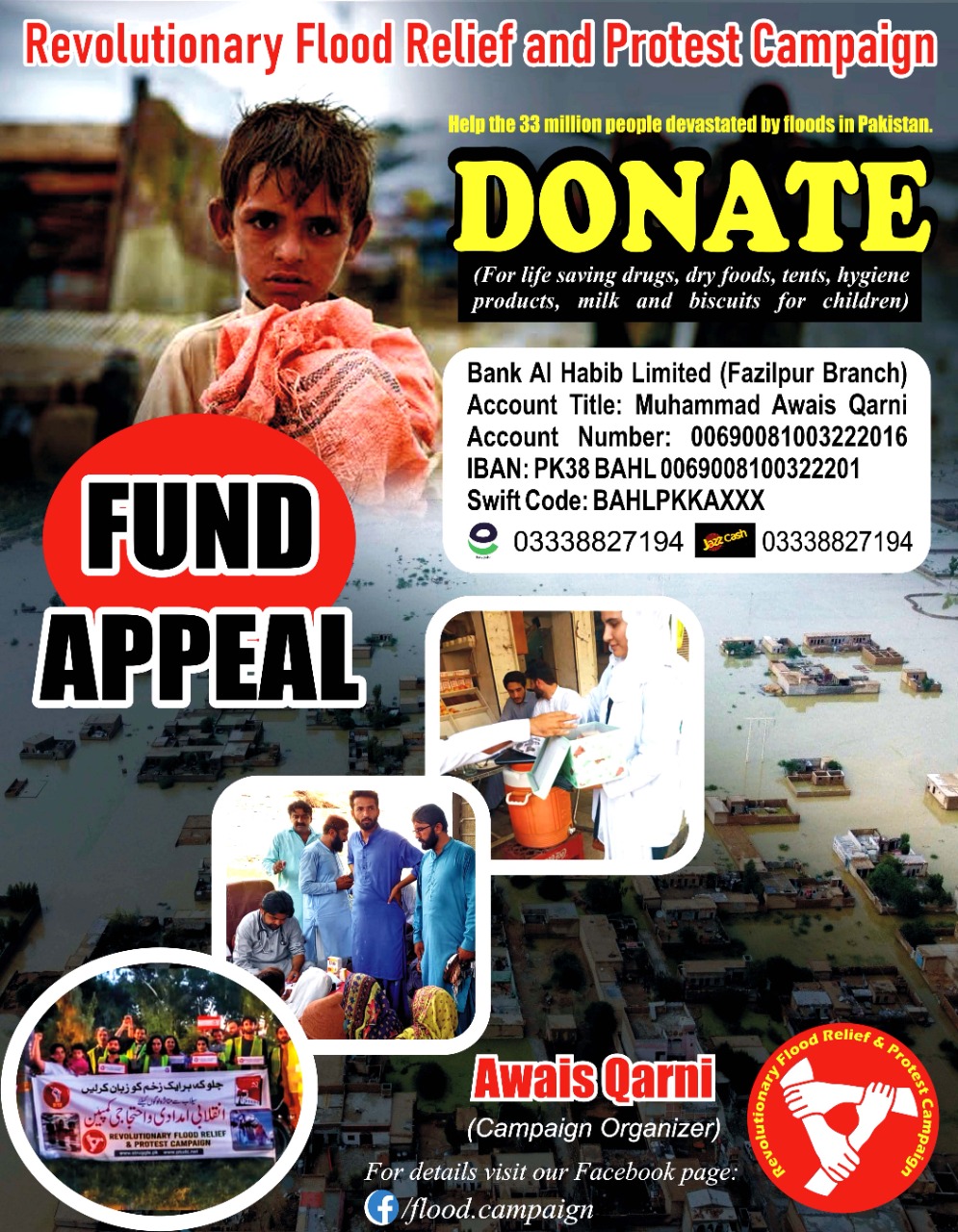 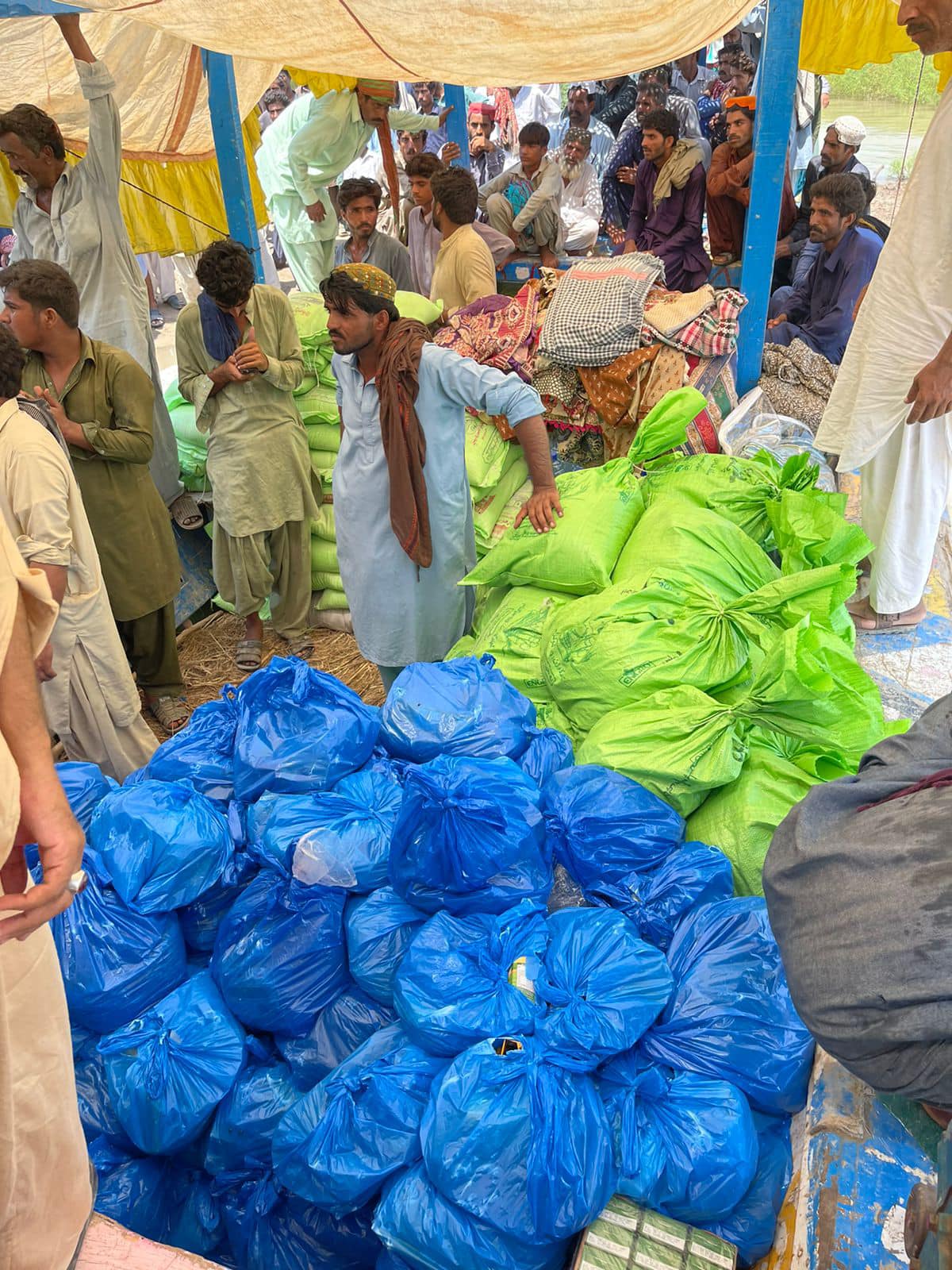 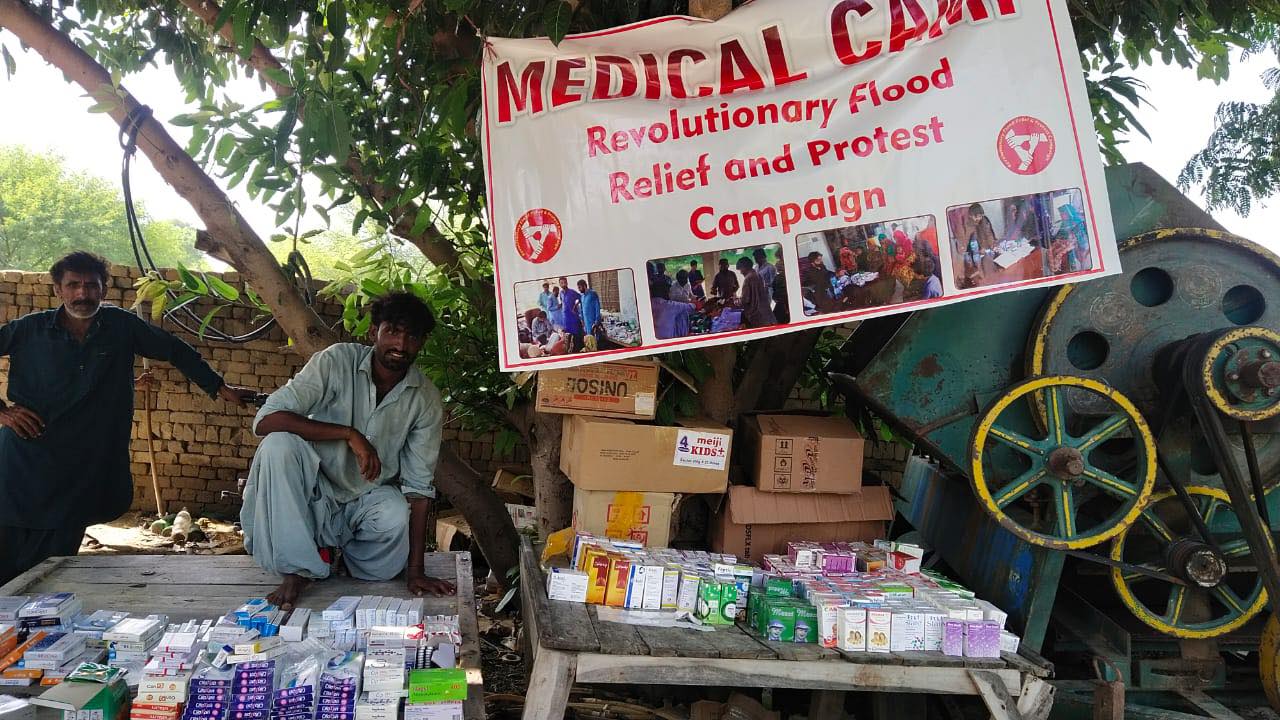 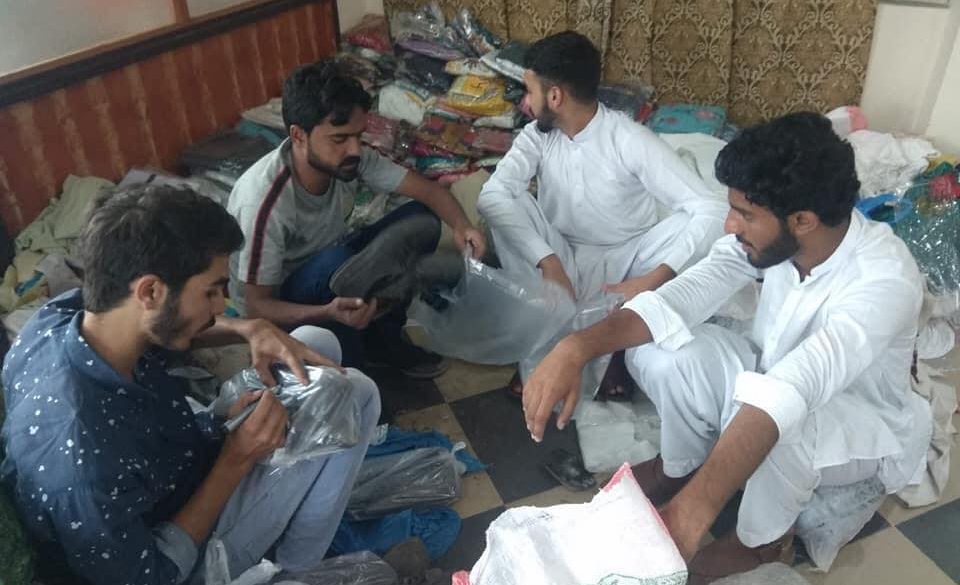 Organization of donations in Kashmir.

Collection of Donation in Peshawar University. 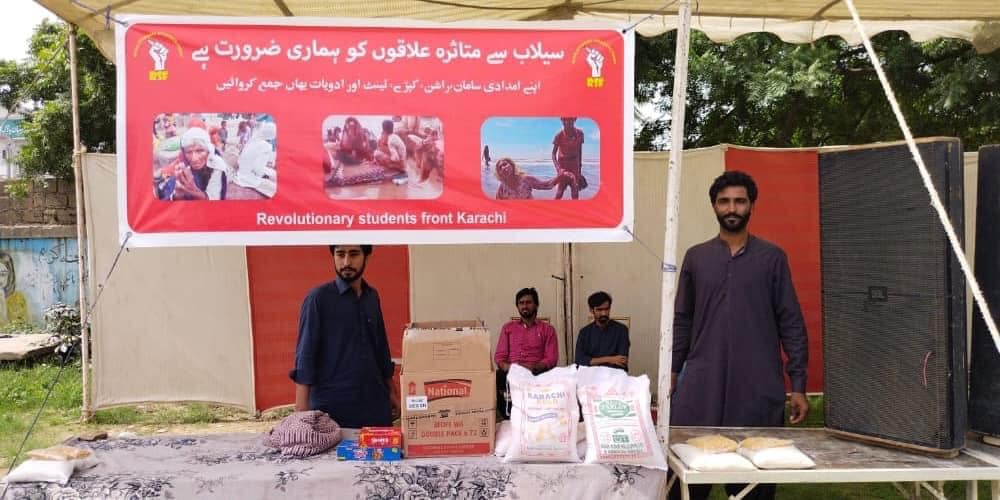