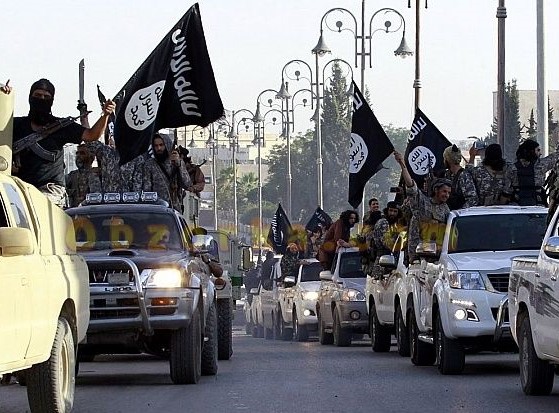 But the bragging of characters like Donald trump and other western leaders of inflicting a decisive defeat and breaking the backbone of Daesh may be premature. Daesh has suffered military setbacks and has lost more than half of the territories it once controlled. Its appeal and ability to recruit new layers of frustrated youth as jihadists has somewhat diminished due to these setbacks.

Abu-Bakr Baghdadi, its supreme leader is presumed to be either dead or on the run. However Abu Mohammad al-Adnani, who was considered the second-most powerful leader had said in May 2016: “Whoever thinks that we fight to protect some land or some authority, or that victory is measured thereby, has strayed far from the truth.” This was a desperate attempt to reinvigorate despairing ISIL fighters but its retreat is indubitable. However, this does not mean that the twenty-first century Caliphate is vanquished and this monstrosity is over.

Daesh’s proto-state in the Levant still exists, though much diminished than in 2014. It still controls large swathes in Iraq, Syria, Libya, Egypt and in Afghanistan as the Islamic State of Khorasan directing the group’s operations in South Asia. Confronted with mounting attacks in Iraq and Syria ISIL has unleashed a wave of terror attacks in far away lands. Daesh strategists are accused of orchestrating the recent attacks in Britain, France, Germany, Sweden, Belgium, Pakistan, Bangladesh and other countries. The Boko Haram in Africa and the dreaded terror outfits in the Philippines declared loyalty to the ISIL and became its franchises.

The ISIL is not necessarily as organised and cohesive as its apologists and propagandists would like us to believe. Nor are the various sectarian Islamic groupings correctly described and understood by the western media. For example “Sunni’s” are in fact Wahabi, Salafi, Barelvi, Deobandi and other groups fighting savagely amongst themselves as with other adversaries. Similarly, groups not akin to ISIL use extensive coverage of Daesh’s brutalities adopting its brand name, being most marketable amongst terrorist enterprises. Similarly, most western analysts ignore the material and socioeconomic aspects of the rise Islamicist fundamentalism. 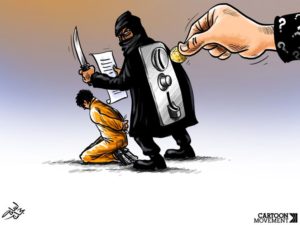 The political and socioeconomic grievances along with Islamicist beliefs motivate the terrorist groups such as the Daesh. The accumulated black capital is also a major incentive and precursor of this terrorism. The barons of religious chauvinistic groups started to amass black wealth through the drug trade, extortion, kidnapping and other heinous crimes under the US tutelage to finance the CIA’s counterrevolution against the Saur revolution of 1978 in Afghanistan. Now, this has morphed into a terrorist economic cycle expanding throughout Asia, Middle East and beyond. The wealthy deep states bid on these mercenary organisations and buy or rent them to fight their proxy wars. This is by far the largest source of terror financing.

This lethal plague of Islamic terror cannot be obliterated only through a brute military force and air strikes. On the other hand, such inhuman beasts cannot be negotiated or trusted with. But the Arab monarchs and regional states are still persisting on this catastrophic policy of promoting terror outfits for their vested interests.

These proxy wars are aggravating tensions and conflicts between Iran, Saudi Arabia, Qatar and other states of the Gulf. Now the ramifications of these proxy wars will surge beyond the killing fields of Syria. Hence the so-called anti -terrorist alliance projected by the US imperialists is not the solution but the actual problem itself. These ruling elites are intervening in this carnage using brute force to further their material and strategic interests and hegemony over the resources of the region.

In Syria, the battle to recapture Raqqa has just begun. But the forces fighting against the ISIL are themselves at loggerheads. The Kurdish-led Syrian Democratic Forces (SDF) supported by the US and despised by the Turkish rulers, the Al Nusra front linked to the Turkish state and the Syrian National Army backed by Russia and Iran have been fighting against each other all over Syria.  Hence even if Raqqa is ‘liberated’ it will be a city of chaos and ruin.

Daesh, Al-Qaeda’s splinter groups, various Taliban alignments are still inflicting bloodshed and misery. The obscene wealth and extravagantly lavish life styles of the royal Arab dynasties are protected by despotic states carved out by the imperialists for their lust to grab black gold. Their riches have only brought more poverty and misery to the peoples of the Middle East. But now the aggravation of conflicts and clash of interests is also a reflection of the stark internal crisis these regimes are plagued with. The imperialists are not in a condition anymore to protect their tyrannical rule. The ISIL and other religious terrorist organisations thrive on these contradictions. Daesh’s financers are not veiled any longer but the imperialists dare not expose or touch the royal sponsors of this vile group. These obsolete regimes are rotten to the core. They narrowly escaped the rising tide of the upheaval in 2011. It’s ebbing away temporarily concealed the revolutionary way-out, a glimpse of which was witnessed by the oppressed masses during the uprising.

The inertia and malaise that had set-in after the movement receded made societies vulnerable to reactionary tendencies. That’s where we saw the gruesome rise of the ISIL and other groups. But the situation is becoming intolerable for the social existence of the toiling classes with this burgeoning barbarity and socioeconomic devastation. The masses shall rise again sooner than most expect. On the basis of a revolutionary leadership, this upsurge of a mass revolt will lance these cancerous outgrowths of Daesh, Al-Qaida, Al Nusra and others from the body politic of the region that has rich traditions of great historic civilisations. Such a revolutionary storm in the Arabian Desert shall also wipe out the despotic monarchies and dictatorial regimes.