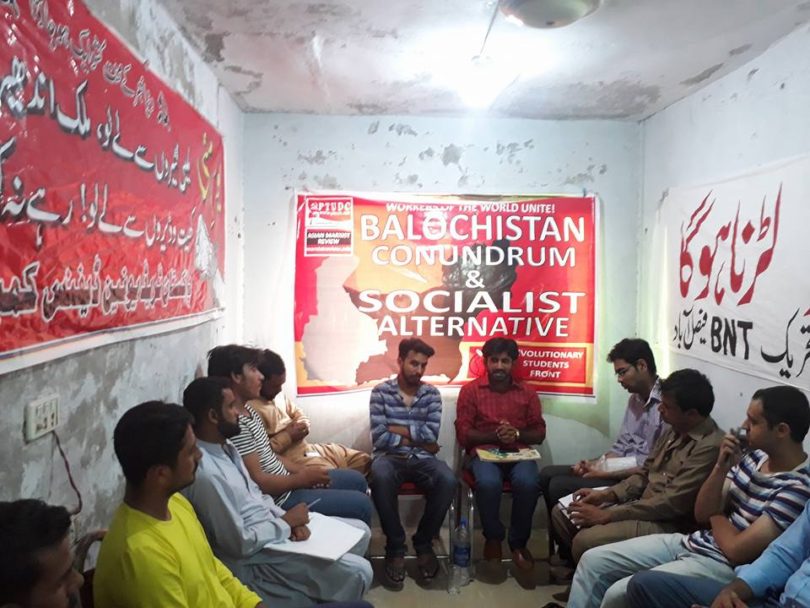 On September 15, 2017 Revolutionary Students Front (RSF) organized a seminar on “Baluchistan Conundrum & Socialist Alternative” in Faisalabad. Saif chaired the event, while Imtiaz Baloch delivered the opening lecture on the topic. He said that Baluchistan has become an imperialist destination to plunder its resources and in this particular scenario it’s been the hub of proxy wars. Due to belated capitalism in Pakistan, the bourgeoisie is not able to lead a bourgeois democratic revolution. They could not perform any single task of a nation-state. The capitalism in Pakistan has never performed any progressive task, the national question has become more complex and sectarian violence is prevalent in Baluchistan. This fragile state is struggling for its existence at the cost of working class. The right to self-determination is ultimately a democratic task but as capitalism is decaying all over the world, and now it has been linked to the socialist tasks. Imperialists can never be friends of working class or the oppressed nationalities.  The right to self-determination is the fundamental right of oppressed masses of Baluchistan. But it is necessary to link this liberation movement with the class struggle. Socialist revolution is the only way forward to get rid of national and class oppression. Saqlain Shah, Ahmed Mufaaz, Umer Anjum, Sharjeel, Naveed participated in the discussion. At the end, Umer Rasheed concluded the event. 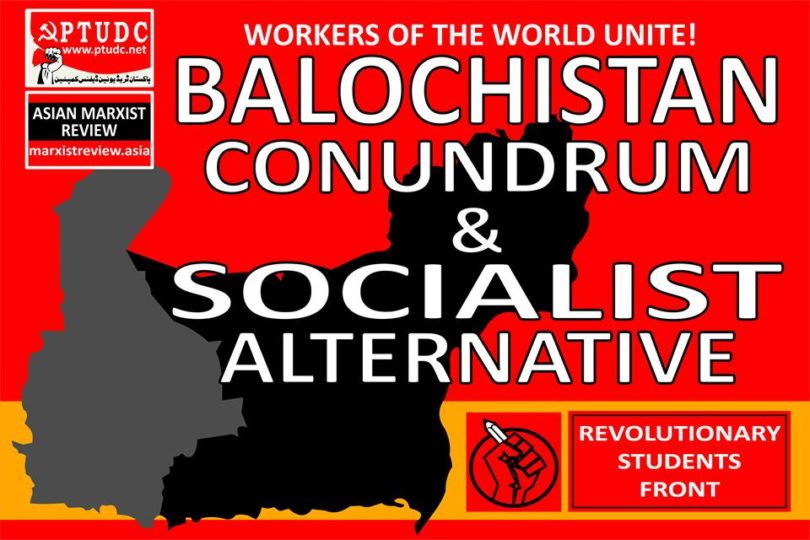 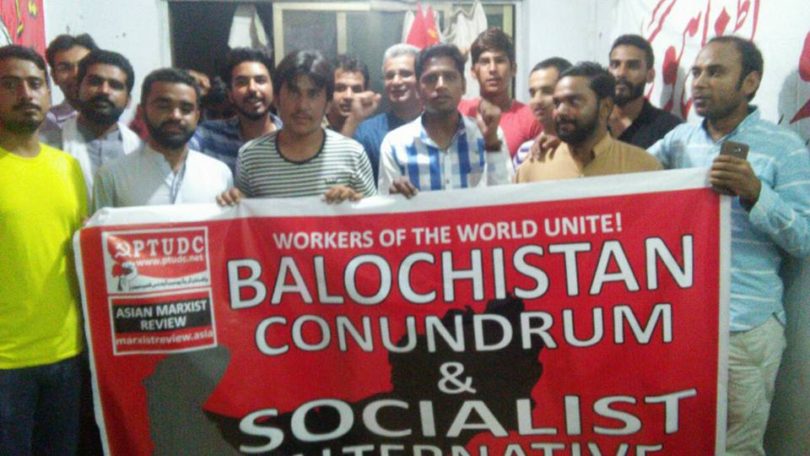 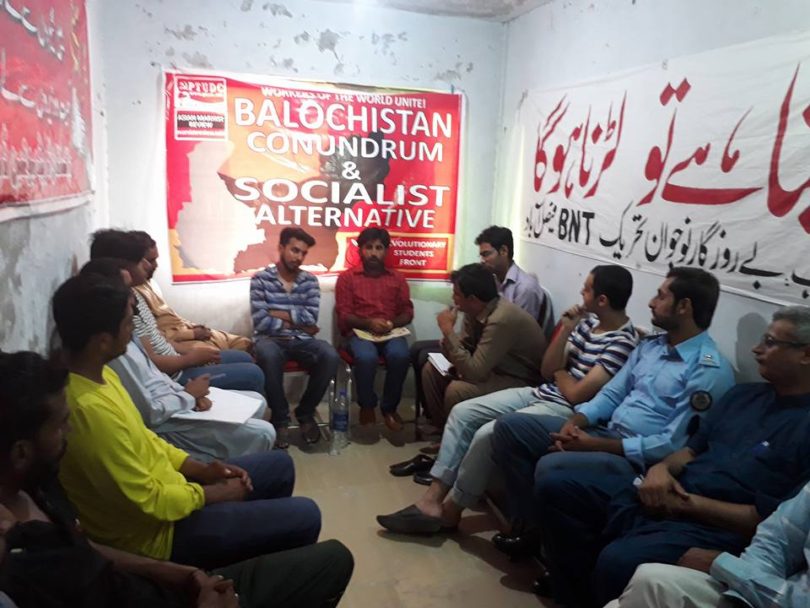 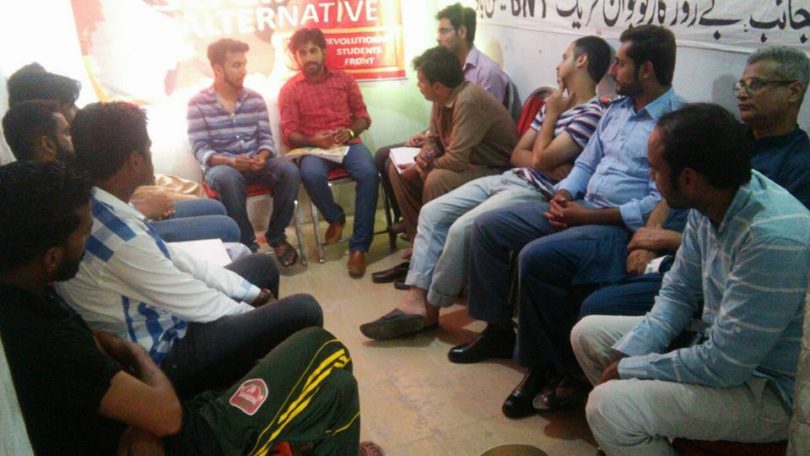 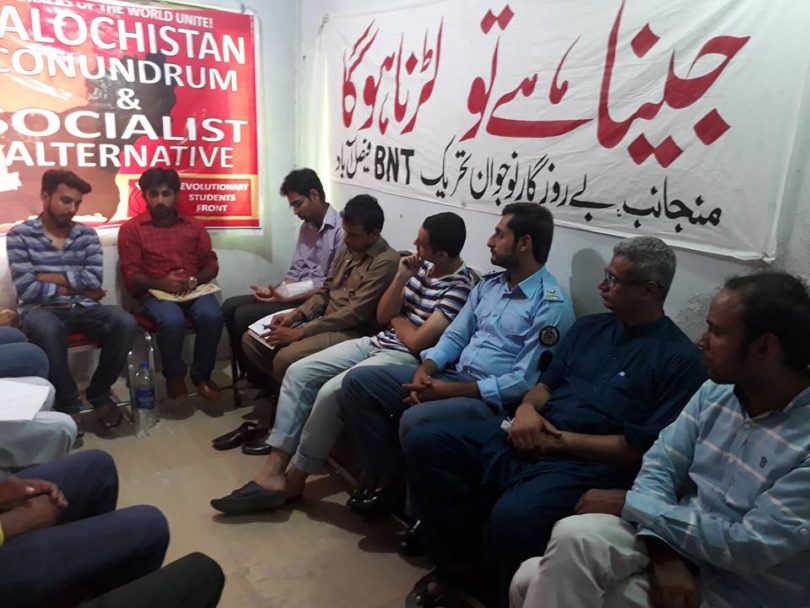 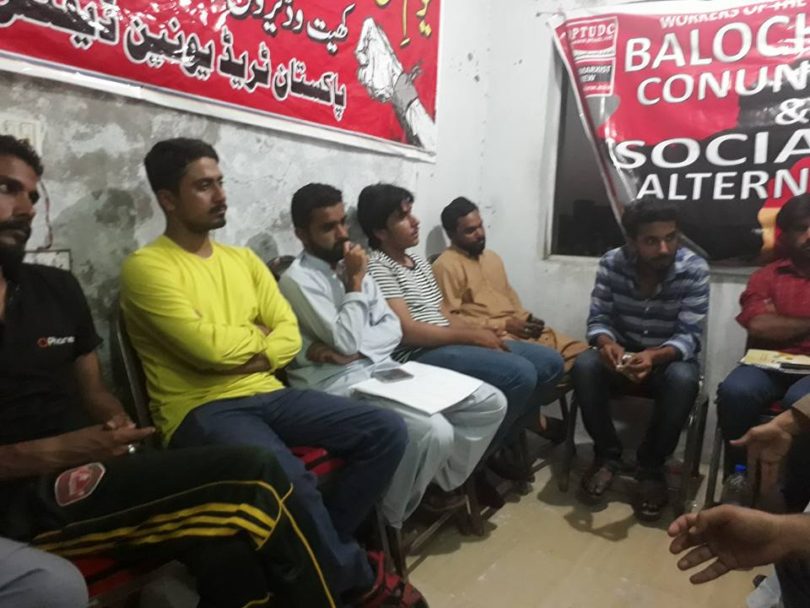 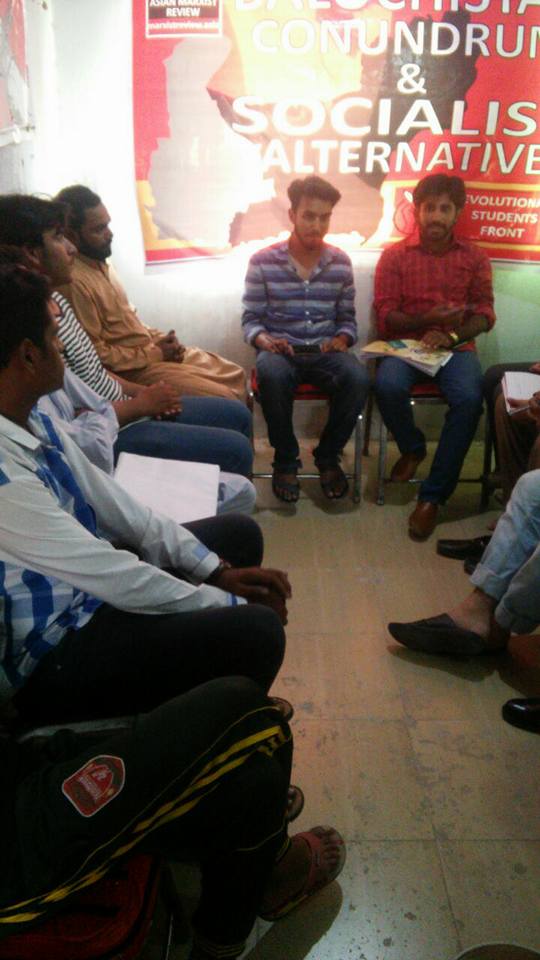