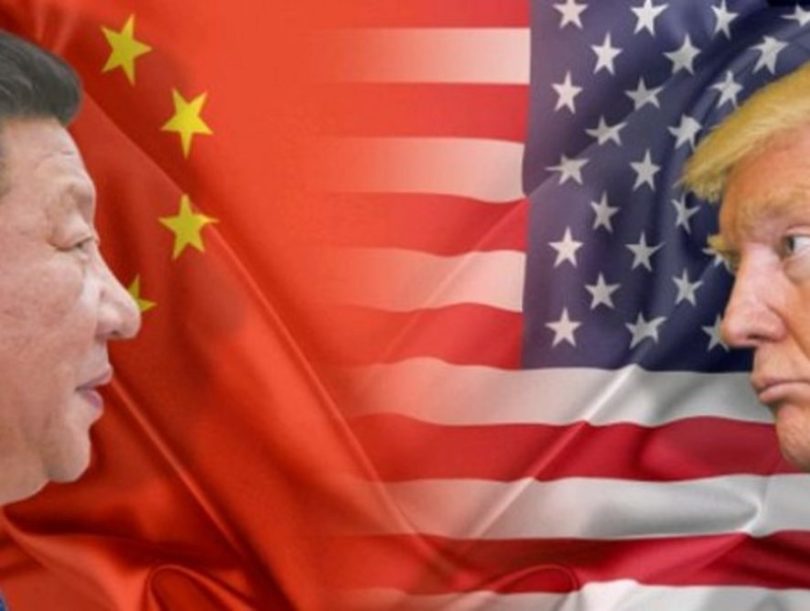 With the ferocious crisis raging across the world, there are widespread fears of society descending into a new dark age. Old spectres have returned to haunt mankind. Deprivation, mass poverty, protests of the oppressed, terrorism, proxy wars, reactionary tendencies and ostensible vulnerabilities of a new world war loom large.

The ongoing tensions between the world powers in the South China Sea are escalating. China doesn’t want a war with the US. The US, for its part, will also prefer to avoid any uncontrollable conflagration that any military conflict with China would unleash.

US Navy’s provocative ‘freedom of navigation operation’ in the South China Sea on September 30, nearly resulted in an outright collision between American and Chinese warships. This incident highlights that these mounting strains could end up in a major mishap.

US-China relations have deteriorated since Donald Trump became president. A trade war launched by Trump has infuriated Beijing, as did his authorisation of a $1.3bn arms sale to Taiwan. Washington last week enacted new tariffs against China covering another $200bn of its imports.

China has also taken a series of retaliatory measures, including reported scrapping of security talks in Beijing between US Defence Secretary James Mattis and his Chinese counterpart. While The New York Times claimed that Beijing had cancelled the security meeting citing unavailability of the Chinese defence secretary, the Trump administration claimed that it, rather than Beijing, was responsible for the cancellation of talks. Moreover the NYT wrote: “The decision to withdraw from this high-level security dialogue, was the latest sign of bad blood between China and the United States, and capped a week of tit-for-tat actions by both nations as they settled into a newly chilly relationship.”

The US Navy ship, Decatur, a guided missile destroyer, deliberately sailed in the waters of the Spratly Islands, different parts of which are occupied by China, Taiwan, Malaysia, the Philippines and Vietnam.

Chinese Defence Ministry spokesman Wu Qian said the Chinese navy ship conducted an identification and warning process. “The US has been repeatedly sending warships to the islands seriously threatening China’s sovereignty and safety,” the spokesman said.

The move marked an escalation of the Trump administration’s economic warfare measures that threaten to fracture the world economy into rival trade and currency blocs. What is unfolding emerges out of the highly reckless course unveiled last December by President Donald Trump in his administration’s National Security Strategy, amplified in January by Mattis. Those documents outlined US imperialism’s active preparations for military confrontation against China and Russia in order to reassert US global hegemony. “Great power competition-not terrorism — is now the primary focus of US national security,” Mattis declared, before threatening: “If you challenge us, it will be your longest and worst day.”

This week’s near-collision between the USS Decatur and the Chinese Luyang reflects how the burgeoning crisis of capitalism is creating chaos, mayhem, bloodshed and dangers of catastrophic wars looming over the future of human society. US, China and Russia are now all capitalist states. The structures and strategies of the American and Chinese capitalisms are diverse and in dissimilar stages or conditions. The US imperialism that became a dominant power decisively after the Second World War is in historical decline both economically and militarily with its recent defeats in Afghanistan and Iraq

China is the second largest economy in the world after the US. It achieved this miraculous growth on the basis of a planned economy under Chairman Mao for almost 29 years between 1949 and 1978. The massive investments of western corporate multinationals particularly since the 1990s to extract high rates of profits through China’s cheap but skilled labour boosted industrialisation and production. China’s massive production capabilities pose an economic challenge to the western imperialists afflicted with economic weakness and severe crisis of their capitalisms. The living conditions of US workers and youth have rapidly deteriorated. Barak Obama recently said, “Donald Trump is not the cause but symptom of this crisis.”