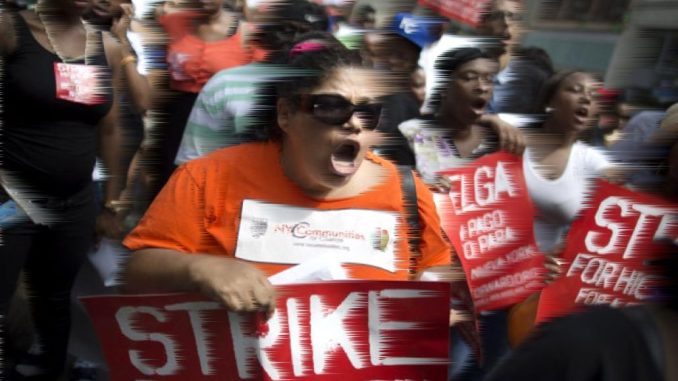 The first days of December, delegates and guests from some thirty countries of the five continents, will meet in Buenos Aires to give life to the first World Congress of the ISL. The opening ceremony will be held in the historic Plaza de Mayo, to which we will invite en masse.

The Congress will take place at a time when the pandemic is slowly beginning to recede and a new “normal” is making its way. Will the intense pace of class struggle prior to the pandemic resume, or will we go through a period of relative calm before vigorous new rebellions dominate the world situation? How far will the “new cold war” escalate between the decadent but still hegemonic US imperialism and the emerging Chinese capitalist power? Does the mass movement in the world turn to the right or is it polarized socially and politically, opening up new possibilities for the revolutionary left to develop? What will be the main trends in the world economy in the medium and long term? Is it correct to define the world situation as pre-revolutionary despite evident counteracting elements? These will be just some of the issues that we will address in the first days of our upcoming Congress.

The socio-environmental catastrophe to which the capitalist system is leading us in its stage of irreversible decomposition, the imperative need to change the energy matrix and end the extractivist model before it is too late, and fundamentally how to achieve it, with what program and the type of organization that is needed will be part of the agenda.

We will also address from a classist and socialist perspective, the ongoing women and LGBT rebellion, the conservative counteroffensive that is beginning to gain strength and the debate that exists within the feminist movement with the reformist currents and the defenders of the nefarious identity politics.

A World in Upheaval

We will assess some of the main processes of the class struggle in recent years, starting with the anti racism rebellion in the United States, the debates that develop in the DSA (Democratic Socialists of America) and the strategy needed by those of us who continue to believe in the socialist revolution as the only way out to prevent humanity from falling into barbarism.

On Latin America we will analyze the enormous changes that have occurred since the rebellions in Ecuador, Chile, Colombia, Peru as well as the weaknesses of these processes. The different experiences in building existing alternatives in the continent, the course that the PSOL of Brazil is taking and the advances and complexities of the Left Front in Argentina. We will have a special debate on Venezuela, Nicaragua and Cuba, since what happens there is closely followed by important activist sectors and both campism and the actions of imperialism sow confusions that need to be cleared up.

Another region of the world that will be represented in the Congress and comes from confrontations of great magnitude is the Middle East, where the advances and setbacks of the Arab Spring were followed by rebellions in Lebanon, Iran, Iraq and a new upsurge in the heroic struggle of the Palestinian people for their liberation, which obliges us to develop an orientation that, taking into account the particularities of each country, can allow us to act with a unified policy in the area.

In Europe, one of the most important debates will be the assessment of experiences that aroused many expectations and ended up falling apart, such as Syriza and Podemos or the French NPA, which goes from crisis to crisis. In Eastern Europe, the most important process in recent times was the rebellion in Belarus, whose regime has now unleashed a brutal repression against the workers’ organizations that led the rebellion and need the broadest class solidarity at the international level.

Representatives of the heroic Saharawi people will also participate in our Congress. They led a relentless struggle to liberate themselves from the Moroccan occupation and advance towards their self-determination. And we will be able to analyse in depth the meaning of the Taliban triumph in Afghanistan from the intervention of our Pakistani comrades, among other multiple processes.

The ISL has a short existence. Just over two years have passed since we held our founding Conference in Barcelona and laid the foundations for the new organization. The pandemic forced us to delay our first Congress, which was originally planned for the middle of last year.

In a very short time we have spread to new countries and participated directly in great events of the class struggle. Our proposal to unite revolutionaries on the basis of a principled program and a healthy method of operation, without any false hegemony or impositions of one party on another, where nuances and differences can be processed in a fraternal climate, has allowed us to strengthen ties between comrades who come from different traditions and intervene with unified campaigns.

This new construction model, which attempts to begin to reverse the crisis that the revolutionary movement is experiencing at the international level, is what explains why the ISL, in a very short time, is becoming a small but dynamic pole of reference.

We invite all our militants and supporters to participate in the pre-congress debates, which we will later widely socialize for the knowledge of all the fighters of the world.