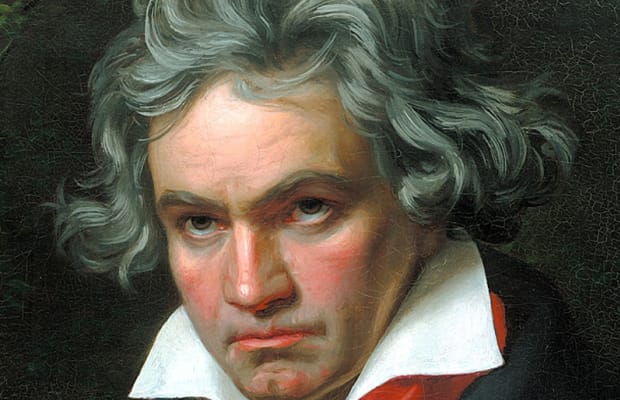 It is the 250th anniversary of the birth of Ludwig Beethoven, who was born either on 16 or 17 December 1770; nobody was quite sure, including Beethoven himself.  Beethoven is considered the most musically revolutionary of ‘classical’ composers. And in my view, that was no accident of history because Beethoven was a man of his time. 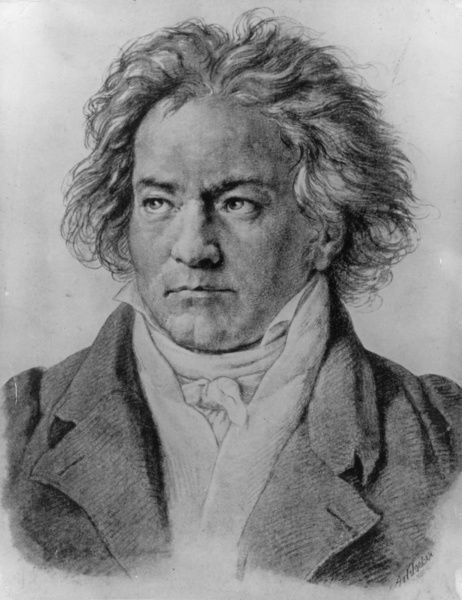 He was born at the time of what has been called the ‘enlightenment’, when European thought broke from a subservience to religion and monarchy and raised the banner of free thinking, science and democracy – and there were the first glimmerings of a new economic order based of ‘free trade and competition’. Adam Smith published his seminal work, The Wealth of Nations, when Beethoven was six years old.  And the American war of independence took place, in which the formerly British settlers broke from the British monarchy, with the financial and military support of France to establish a republic with voting rights, exercised again this year.

In my view, Beethoven’s musical journey swung with the ups and downs of this revolutionary time that continued throughout his life, but particularly with the ebb and flow of the French revolution that ended monarchy, feudal rights and proclaimed equality, freedom and fraternity for all (men).  As a teenager, Beethoven, like many other young ‘middling’ people in Europe, was a strong supporter of the revolution from the beginning.

The son of a musician from a family of Flemish origin, his father, Johann, was employed by the court of the Archbishop-Elector of Bonn, Germany.  He gave his first public performance aged seven and moved to Vienna in 1792 to study with Joseph Haydn, who, with Mozart (who had died the previous year aged 35), had shaped the city’s musical tradition.

Vienna was under the rule of the Hapsburg absolutist empire.  But Beethoven was wrapped up in Napoleonic ideas of freedom. He became a staunch republican and in both his letters and conversation spoke frequently of the importance of liberty. He did not care for royalty. To one of his earliest patrons, Prince Karl Lichnowsky, Beethoven wrote: “Prince, what you are, you are by accident of birth; what I am, I am of myself.” Austrian monarch, Franz II allegedly refused to have anything to do with Beethoven, on the basis that there was “something revolutionary in the music”. And what friendship the composer had with great German writer and poet, Goethe, was ended abruptly in 1812 when, walking together in the park, they came across the Austrian Empress. Goethe bowed subserviently; Beethoven disdainfully turned his back.

This revolutionary spirit inhabits much of his work.  He propelled music into this new age. Bringing together the poetic power of the German literary scene and the French songs of revolution, he completely changed what music could be. “Beethoven is the friend and contemporary of the French Revolution, and he remained faithful to it even when, during the Jacobin dictatorship, humanitarians with weak nerves of the Schiller type turned from it, preferring to destroy tyrants on the theatrical stage with the help of cardboard swords. Beethoven, that plebeian genius, who proudly turned his back on emperors, princes and magnates – that is the Beethoven we love for his unassailable optimism, his virile sadness, for the inspired pathos of his struggle, and for his iron will which enabled him to seize destiny by the throat.” (Igor Stravinsky). Beethoven changed the way music was composed and listened to. His music does not calm, but shocks and disturbs.

I think we can divide up Beethoven’s musical work into four periods that match the economic and social ups and downs of his lifetime. His was the age of three great bourgeois revolutions: the industrial in England; the political in France; and the philosophical in Germany.  The first period of his life as young boy and then as a young adult was during a revolutionary upswing in Europe; but also a new economic upswing in capitalist development, leading to the apex of the French revolution with the ascendancy of the radical Jacobin administration in 1792 when Beethoven was 22 years old. 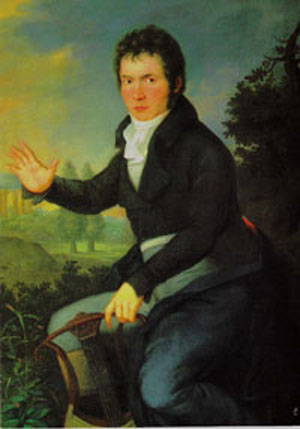 The second period from 1792 to 1815 was really one of setback for the revolution in France as the Jacobins were overthrown and the hero of the military defence of the revolutionary government, Napoleon Bonaparte, made himself dictator. But that also meant that Napoleon’s armies took the ideas and laws of the French revolution across Europe, overthrowing the reactionary semi-feudal absolute monarchies of Austria, Spain, Italy and Prussia. His victories made him an idol in Beethoven’s eyes.

It was in this period that a maturing Beethoven composed some of his greatest works. His magnificent 5th symphony is brimming with references to the music of the revolution. In its composition, Beethoven remarks that his symphony expresses the words written about murdered French revolutionary leader Jean-Paul Marat “We swear, sword in hand, to die for the republic and for human rights”. His only opera, Fidelio, tells of a lone woman freeing her husband, a political prisoner, from a Spanish jail (the setting having been moved from France for political reasons, reasons which included his hatred of the regime in Spain).

A revolutionary spirit moves every bar of the Fifth. The celebrated opening bars of this work are perhaps the most striking opening of any musical work in history. By coincidence, they are the musical equivalent of the Morse code signal for “V” meaning victory, used to rally the French people to fight the German occupiers in WW2. “This is not music; it is political agitation. It is saying to us: the world we have is no good. Let us change it! Let’s go!” (Nikolaus Harnancourt, conductor).

Another famous conductor and musicologist, John Elliot Gardener, has discovered that all the main themes in Beethoven’s symphonies are based on French revolutionary songs.  The “cry of alarm”, “Marchons, marchons” from “La Marseillaise”, the rallying call of the French Revolution, is echoed in the opening chords of the “Eroica” symphony. The Fifth Piano Concerto (“Emperor”) exudes “military energy”. The trumpet passages in Fidelio echo those in Handel’s Messiah that occur under the vocal line “the trumpet shall sound… and we shall all be changed”.

But this great period of musical energy was increasingly marred by Beethoven’s terrible and tortuous illness, as he gradually went deaf, possibly with a type of meningitis – which affected his hearing. This started when he was 28 years old and at the peak of his fame. Although he did not become completely deaf until his last years, the awareness of his deteriorating condition made him unpredictable, depressed and even suicidal.

There was also a deterioration in Europe’s economy from 1805, beginning with the blockade of France’s conquests by British naval power after the victory of its navy at Trafalgar, creating increasing shortages of food and staples.  And Beethoven was also depressed with political events in this period.  He had dedicated his 3rd symphony to Napoleon. But by 1802 Beethoven’s opinion of Napoleon was beginning to change. In a letter to a friend written in that year, he wrote indignantly: “everything is trying to slide back into the old rut after Napoleon signed the Concordat with the Pope.”  Beethoven’s admiration finally turned to resentment when Napoleon declared himself Emperor in 1804. When Beethoven received news of these events, he angrily crossed out his dedication to Napoleon in the score of his new symphony. The manuscript still exists and we can see that he attacked the page with such violence that it has a hole torn through it. He then dedicated the symphony to an anonymous hero of the revolution: the Eroica symphony it became.

The third period of Beethoven’s musical life matched a period of deep reaction and a shocking downturn in Europe’s economies.  With Napoleon’s defeat in 1815 with the old monarchies restored in Europe, Beethoven was in despair, composing little.  Everywhere progressive thought was in retreat: the great romantic poets of victorious England, Shelley and Byron, were forced into exile. Mary Shelley wrote Frankenstein, a novel that despairs at both bigoted superstition and racism as well as antagonism towards the uncontrolled scientific industrialism of the rising capitalist economy. This was the end of romanticism and revolution and now was the time for such as David Ricardo, more or less the same age as Beethoven, who in 1817 wrote his Principles of Political Economy and Taxation, the definitive work of bourgeois economics, a paeon to capitalism.

The years 1816-19 were terrible ones for the people of Europe, not dissimilar to this year of the COVID in 2020.  The European economy fell into a permanent winter, both literally and economically. 1816 is known as the ‘Year Without a Summer’ (also the Poverty Year) because of severe climate abnormalities that caused temperatures in Europe to drop to the coldest on record. There were failed harvests. This resulted in major food shortages. In Germany, where the crisis was severe. Food prices rose sharply throughout Europe. Though riots were common during times of hunger, the food riots of 1816 and 1817 saw the highest levels of civic violence since the French Revolution. It was the worst famine of 19th-century mainland Europe.

Suffocating in the reactionary atmosphere of Vienna, and despairing of any change for the better, Beethoven wrote: “As long as the Austrians have their brown beer and little sausages, they will never revolt.”

However, the final decade of Beethoven’s life from the 1820s saw a revival in the European economy as the capitalist mode of production spread and industry began to replace a mostly rural Germany and Austria. Indeed, there was the first capitalist economic slump in 1825; and later, the first signs of proletarian struggle which eventually led to the overthrow of the restored Bourbon monarchy in France in 1830 and the 1832 Reform Act in England, allowing better-off adult males the right for the vote for the first time.

And in 1824 Beethoven delivered his final masterpiece before his death in 1827. Beethoven had long been considering the idea of a choral symphony and took as his text the German poet Schiller’s Ode to Joy, which he had known since 1792 and was originally published in 1785 taken from a drinking song for German republicans. In fact, Schiller had originally considered calling the song an Ode to Freedom (Freiheit), but because of the enormous pressure of reactionary forces, he changed the word to Joy (Freude). Those words of Schiller became the centrepiece of the 9th symphony (which is used by the European Union as its anthem now).

Ode to Joy (Anthem of Europe)

The ninth symphony has been called The Marseillaise of Humanity.  Beethoven revives the sound of revolutionary optimism. It is the voice of a man who refuses to admit defeat, whose head remains unbowed in adversity. 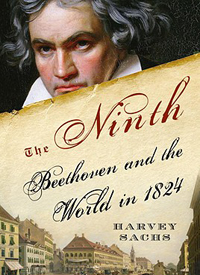