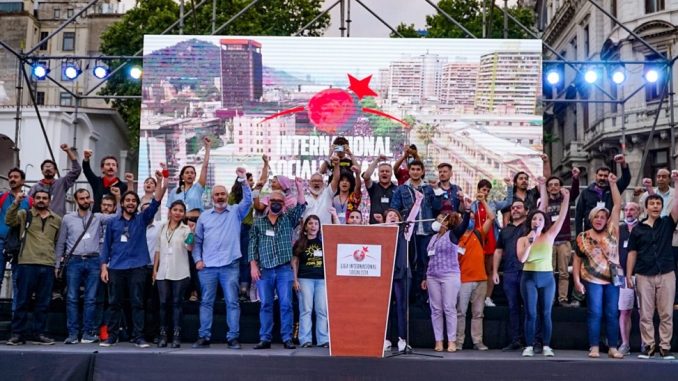 On Saturday, December 4, the 1st congress of the International Socialist League began in Buenos Aires, Argentina with the participation of comrades from 25 countries of the five continents. The high point of the day came with a great internationalist rally in Plaza de Mayo. Parallel to the beginning of the Congress sessions, a youth camp is being held. 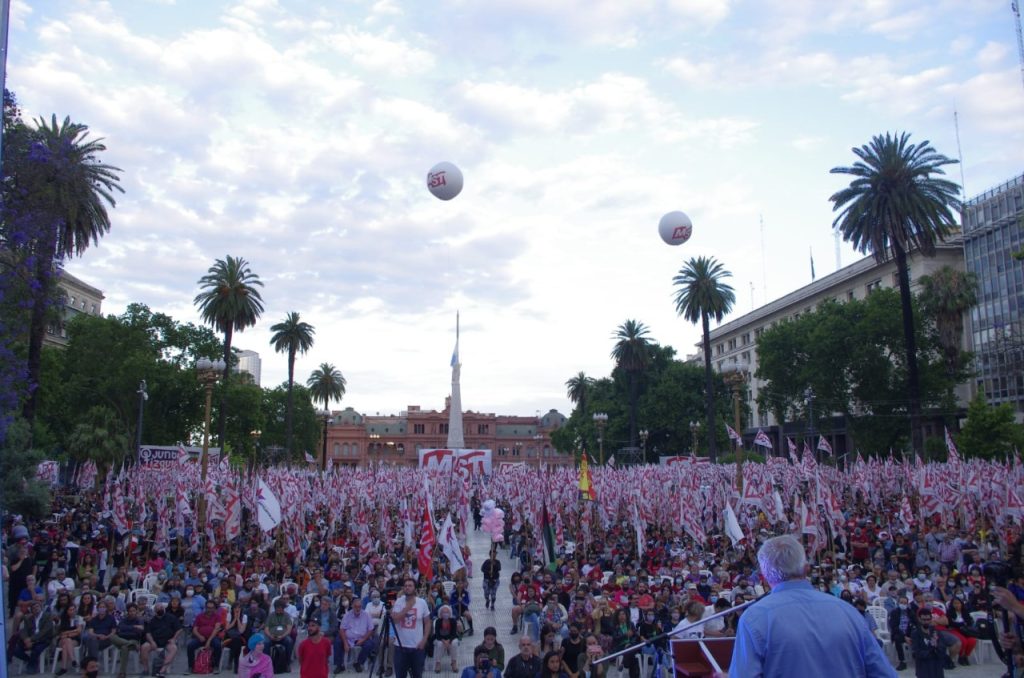 With the debates on the international situation and the perspectives for revolutionaries, the deliberations of our first World Congress began. The session was kicked off with reports by Alejandro Bodart of the MST in the FIT Unidad (Argentina) and Volkan U. Arslan of the SEP (Turkey) and numerous interventions that reflected the important progress of the ISL since its foundation and the challenges and opportunities that arise on the path of our construction. Beyond the exchange of views and positions, one fact was pointed out by most of the delegations, and that is the importance of this Congress and the joy of being able to hold it despite the impediments that the pandemic has imposed. The debate will continue in the coming days and over the weekend the documents, resolutions and campaigns that will guide the next steps of our young organization will be voted on. 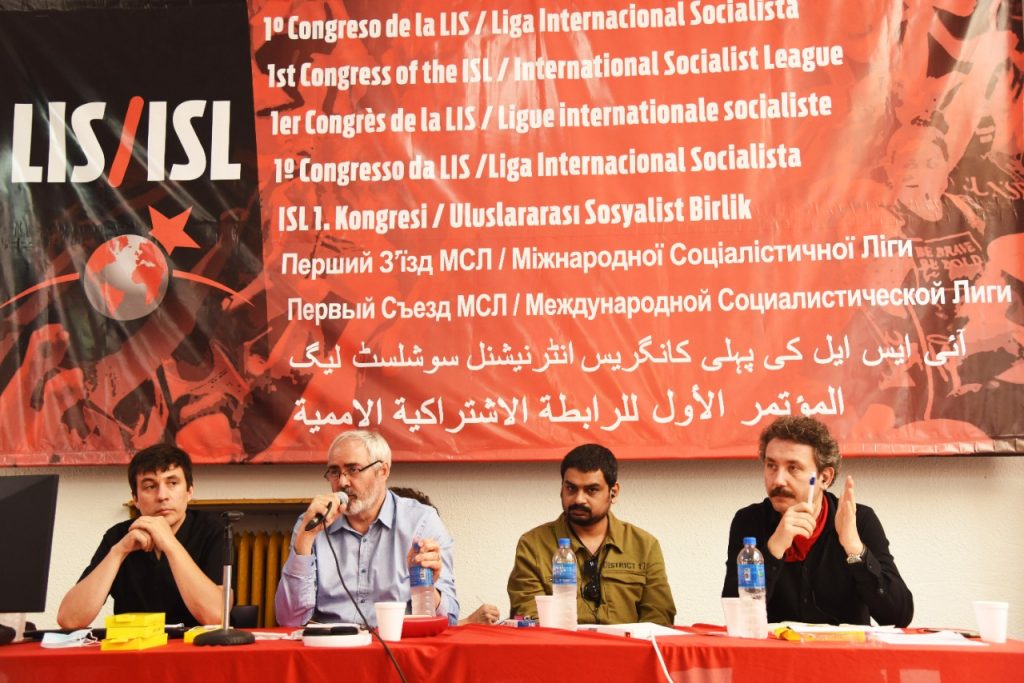 On the afternoon of Saturday the 4th, thousands of socialists filled the historic Plaza de Mayo with revolutionary internationalism. With great emotion and attention, hundreds of youth, workers and neighborhood activists attended this truly historical action that brought together representatives of the iconic struggles of recent years onto the same stage. 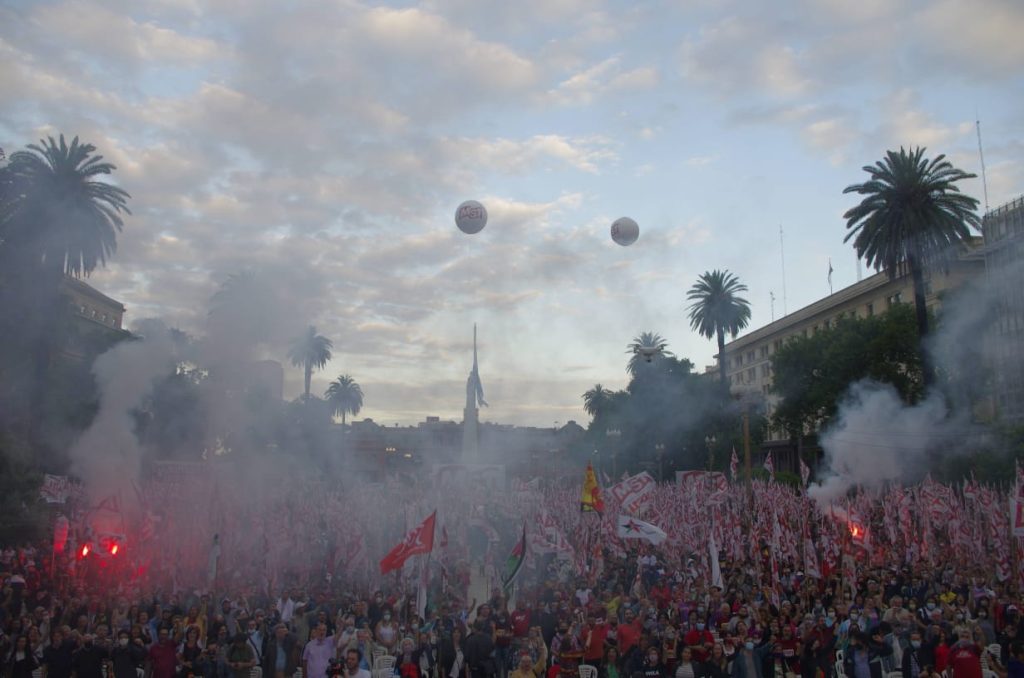 First, Cele Fierro of the MST in the FIT Unidad took the stage next to all the comrades who will have the responsibility of carrying the voice of this party and of the struggles in Congress, provincial legislatures and various city councils. 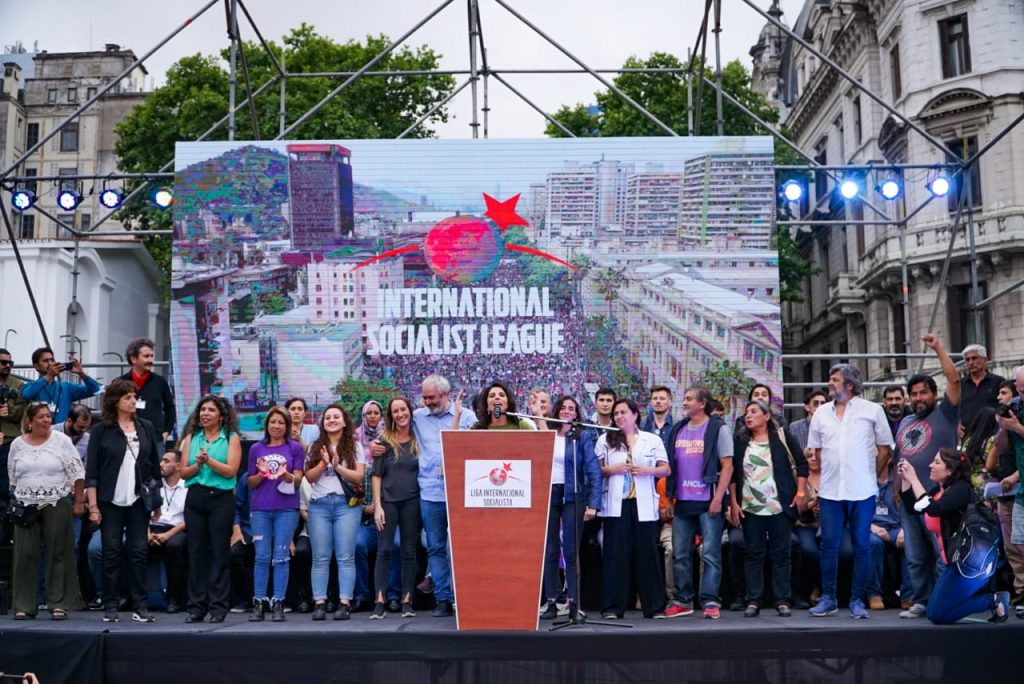 Imran Kayama from The Struggle (Pakistan) and Volkan U. Arslan from the SEP (Turkey) raised the temperature even more in a square that was bursting with chants of “the working class is one and it has no borders” and “It seems to me, it seems to me, that socialism is growing.”

Finally, Alejandro Bodart of the MST in the FIT Unidad (Argentina) was in charge of providing the finishing touch to an outstanding event, with a speech that expressed the revolutionary will of the ISL to fight to transform everything in the face of the crisis of capitalism.

The global anthem of our class, The Internationale, then resounded across the historic Plaza de Mayo to end the great event.