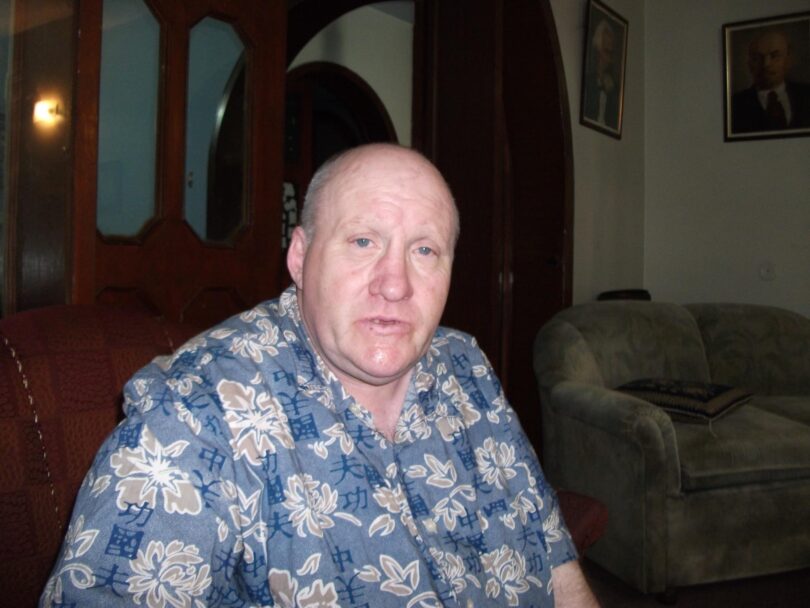 It is with deep sadness that I write about the passing of Kenny Brown last week in hospital after a long period of ill health. You could not hope to meet a nicer man. Kenny was a committed socialist and he will be remembered for his very big personality. His sense of humour and sociable nature brought him many friends in his home city of Glasgow and indeed internationally.

I first met Kenny Brown in 1991 and we became close friends and political allies. He told me about his upbringing in Glasgow where his father was a welder in the shipyards. At a young age he developed polio and he had to spend long periods in hospital impacting on his education. But he didn’t let that hold him back. In fact, he took up boxing and became very good at it. Jimmy Brown, Kenny’s brother, tells me that one of Kenny’s other passions was going fishing. He had a group of friends who regularly went out fishing together in Glasgow and the surrounding area.

Kenny worked as a refuse collector for Glasgow City Council and was active in the GMB union. He had also become a supporter of Militant which had developed a strong base of support in the Labour Party in Scotland. He told me about the solidarity trips his GMB branch made down to Liverpool in the mid 1980s. They went there to support the Liverpool GMB branch and the Liverpool council fighting Thatcher’s cuts. One day, whilst collecting refuse, Kenny suffered a hernia and a botched operation meant he had to give up work prematurely. 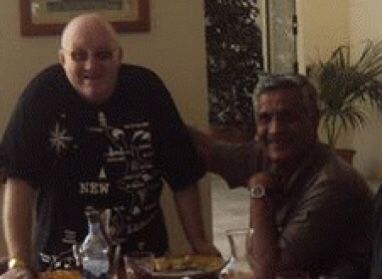 Kenny pictured in 2012 with Lal Khan in Pakistan

In 1991, Kenny was opposed to the so-called “Open Turn” conducted by Militant in Scotland. That’s how we met and from that point onwards we worked together as part of the movement to maintain the Marxist traditions that Militant seemed to have abandoned. Kenny’s enthusiasm was infectious. He also enjoyed meeting comrades from other countries and went to international events as often as he could. He struck up a particularly close relationship with comrades from Pakistan, fuelled partly by a shared passion for whiskey! And he very much enjoyed a couple of extended trips to see his friends Alan and Gary in New Zealand.

Kenny was a working class socialist who helped you keep your feet on the ground. He had strong class instincts and was a good critical thinker. That’s one reason why he had a strong relationship with Ted Grant, political leader of Militant and later Socialist Appeal. The other reason was that they both liked horse racing! Ted would often call up Kenny to see if he had any tips for the horses that day.

Because of his health conditions Kenny had to slow down his political activity a few years ago. But he continued to follow events closely and when we met he always asked how things were going with politics and with family and friends. He was always upbeat and keen to have a laugh and a joke. He will be sorely missed by everyone who knew him. Our sincere condolences to his brother Jimmy and his mother who is still going strong at 95.